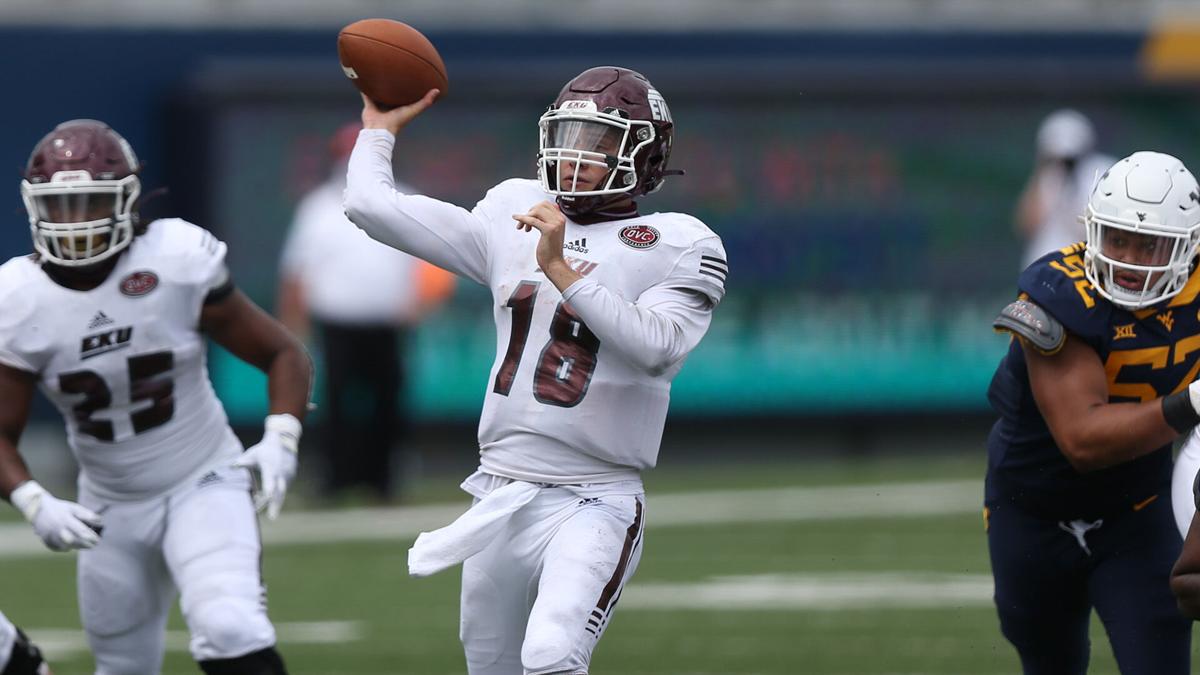 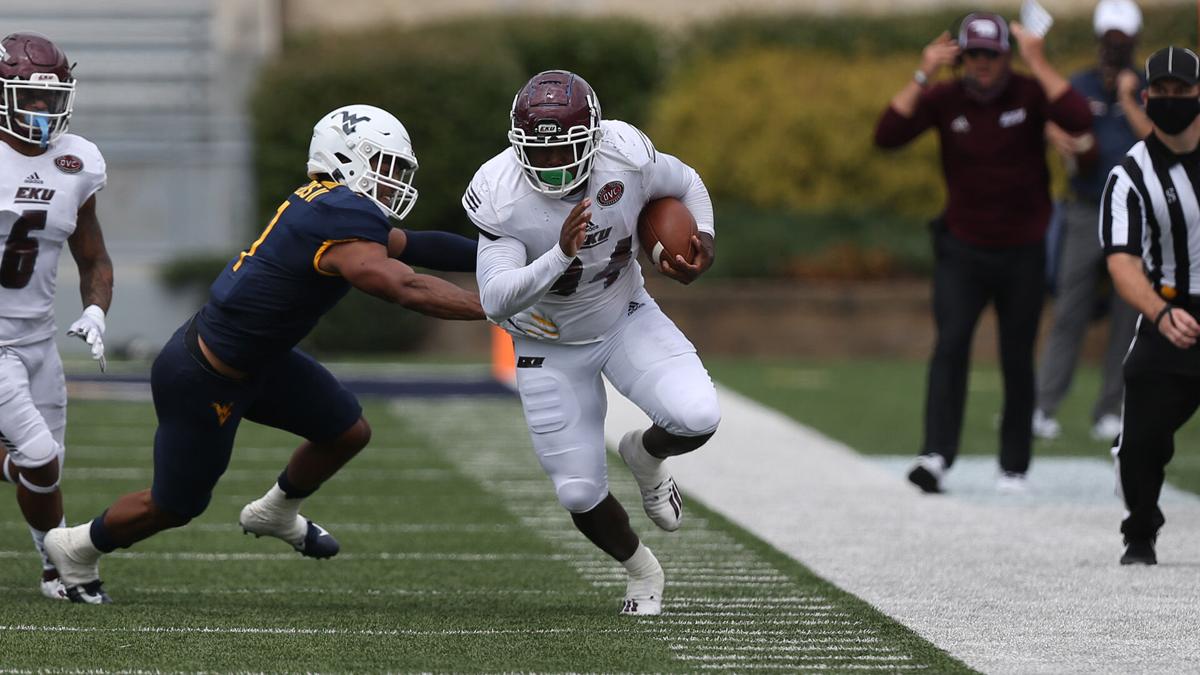 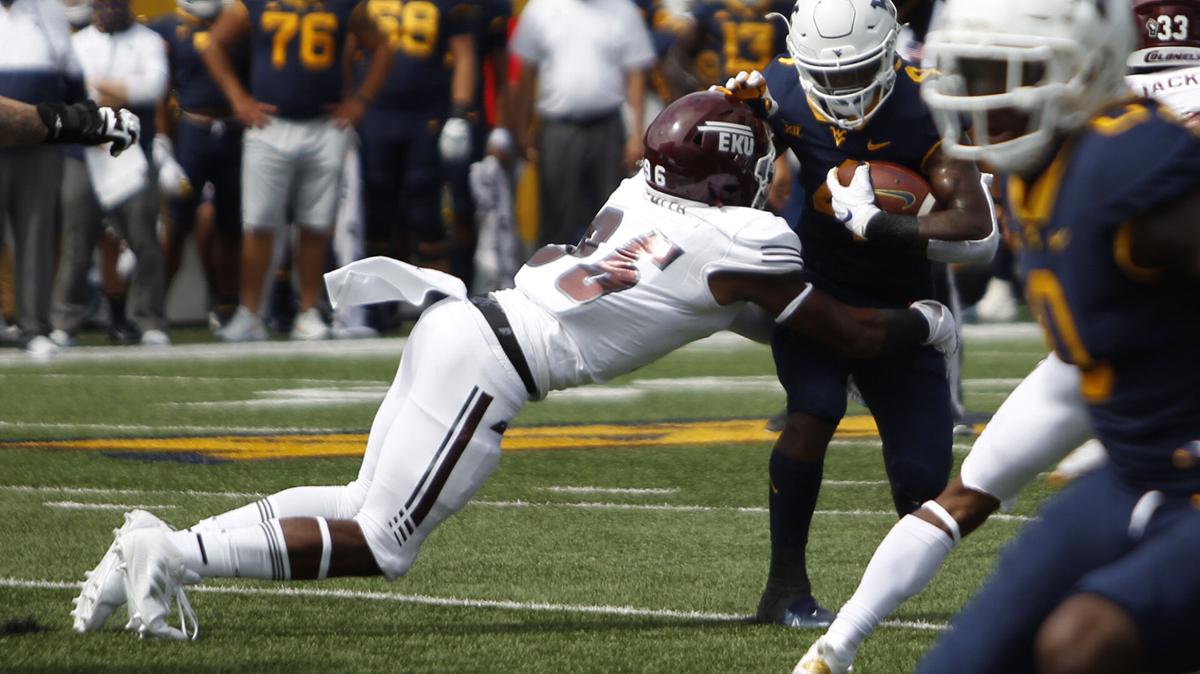 The numbers on the final stat sheet were strikingly similar to those from the week.

The digits displayed on the scoreboard were familiar as well.

There was, however, a big difference.

"I thought we came out with a different energy than we did last week and tried to come out and compete early on," first-year Eastern Kentucky University coach Walt Wells said.

The Colonels were handed an embarrassing 59-0 loss last week in the season opener on the road against Marshall.

A week later, they traveled back to West Virginia and put together a much stronger all-around performance.

"Our guys came out and competed," Wells said. "I did feel better about that."

It still, however, wasn't enough to come close to earning a victory.

Jarrett Doege threw three first-half touchdowns as West Virginia rolled past the Colonels, 56-10, in the first-ever meeting between the programs. The Mountaineers racked up 329 yards on the ground after jumping out to a 21-0 lead early in the second quarter.

"We've got to sow some things up and keep getting better," Wells said.

The Colonels looked lost at times in the loss to Marshall.

They never got into the red zone and finished with only 166 yards of total offense.

On Saturday, EKU had plenty more positives to build on.

Redshirt sophomore Parker McKinney hit Keyion Dixon on a 28-yard touchdown pass in the second quarter to give the Colonels their first TD in more than six quarters of action - a streak which goes back to the third quarter of the 2019 season finale.

Alex Woznick connected on a 32-yard field goal in the third quarter as well.

EKU also forced two punts a week after Marshall moved up and down the field without ever kicking the ball away.

"We got some defensive stops and we scored some points," Wells said. "So, we are moving in the right direction. We are playing a lot of young guys and we've got to keep grinding with those guys."

There were positives to take away from a match-up with a Football Bowl Subdivision team.

There are still some serious areas of concern too.

EKU was bad once again on third-down conversion, going 1-of-11. So far this season, the Colonels are 4-of-24 on either third or fourth downs.

EKU has yet to force a turnover as well.

The Mountaineers had one of the least ineffective rushing attacks in the Big 12 (73.3 yards a game, total of seven rush TDs) last year. On Saturday, they piled up 329 yards on the ground with five touchdowns.

"They wanted to come out and get some positive yards (on the ground) - and they did," Wells said.

The Colonels were once again unable to move the ball on the ground.

EKU had 75 yards rushing on 32 attempts. Alonzo Booth had 45 yards on seven carries and Tyris Dickerson had four carries for 12 yards.

McKinney was 9-of-17 for 131 yards, with one touchdown and one interception. He was sacked four times and was forced out of the pocket several times.

"Parker did some really good things. He showed he can run and that he is tough," Wells said.

After a tough start to the season, the Colonels will have a week off before a trip to Charleston, S.C. to take on The Citadel.