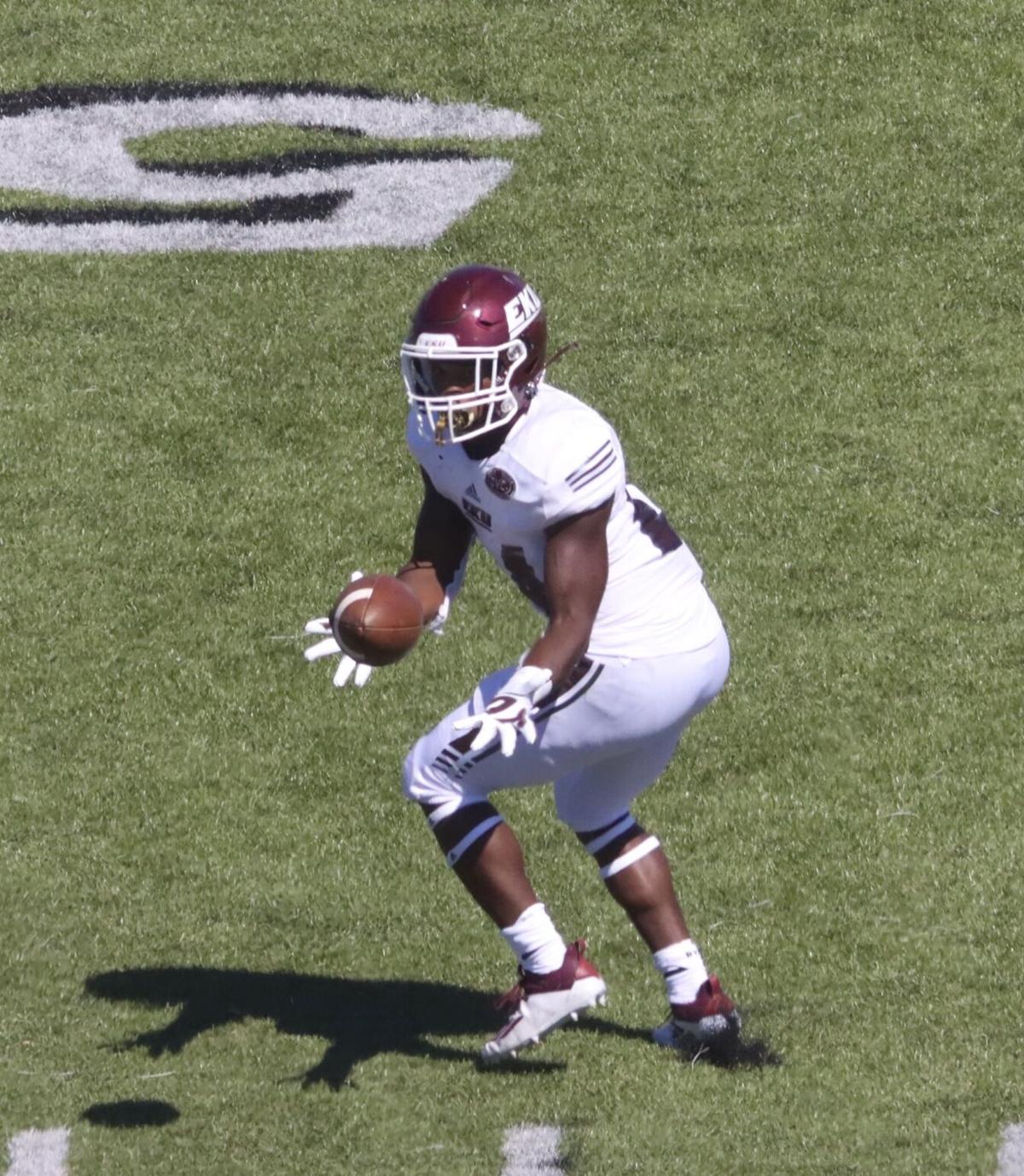 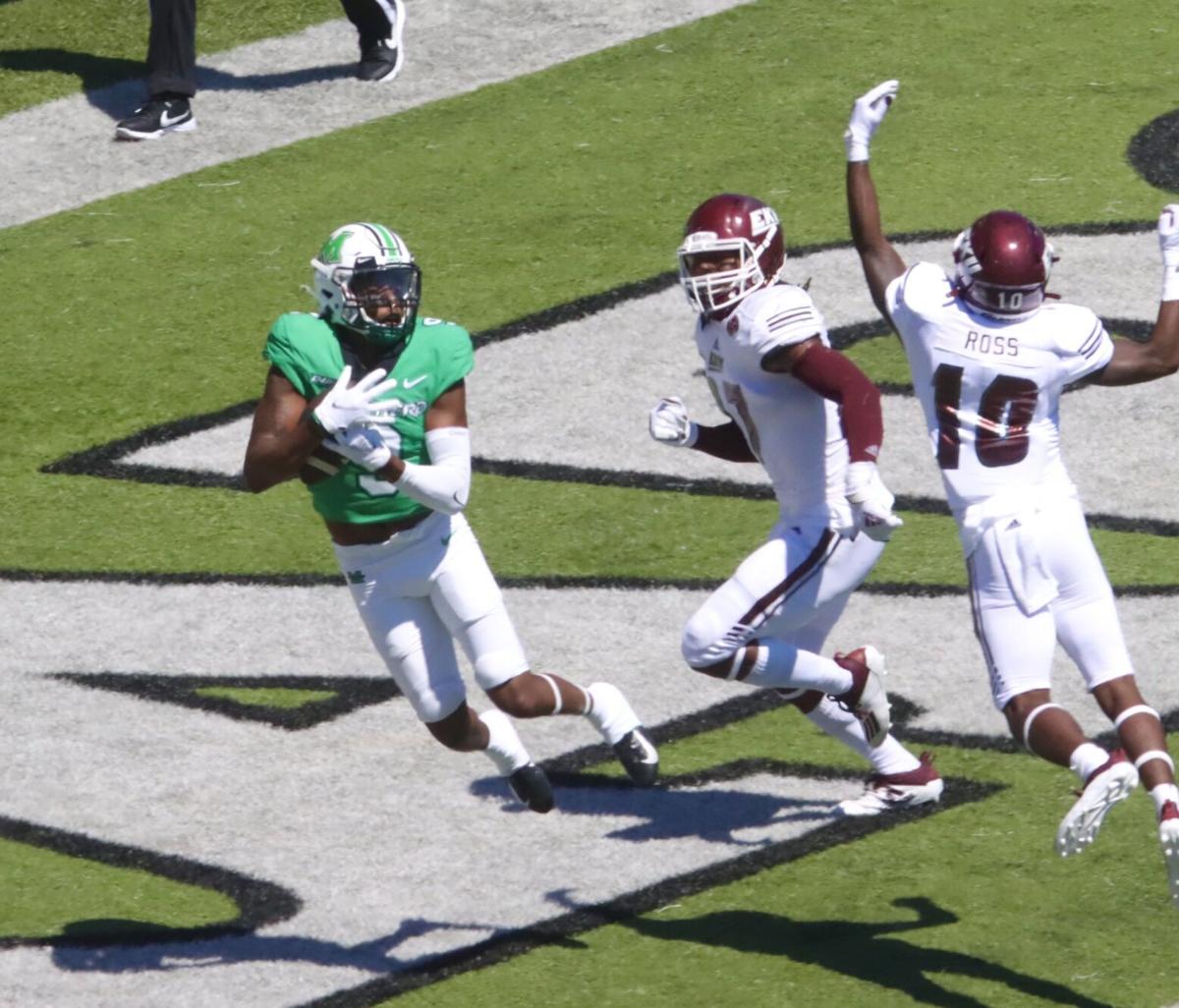 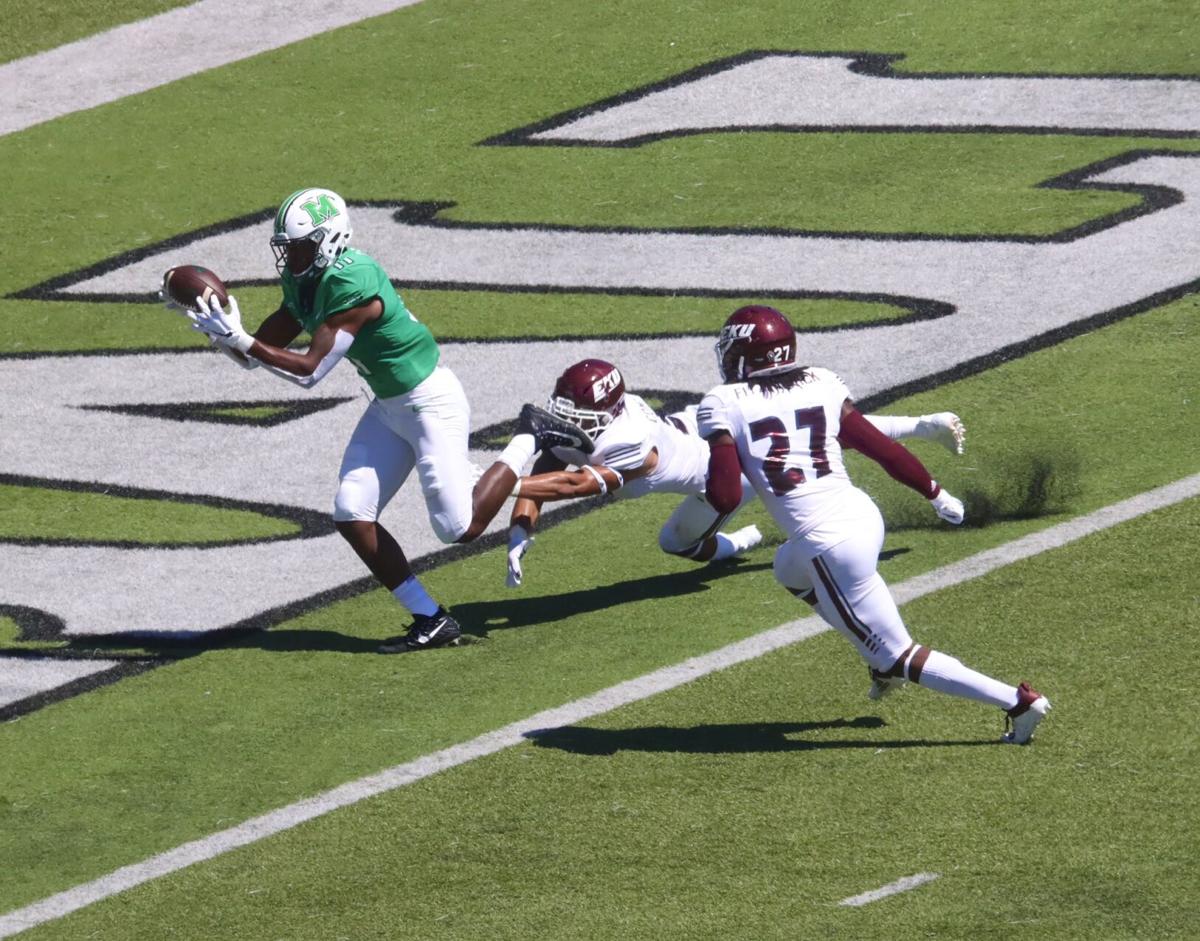 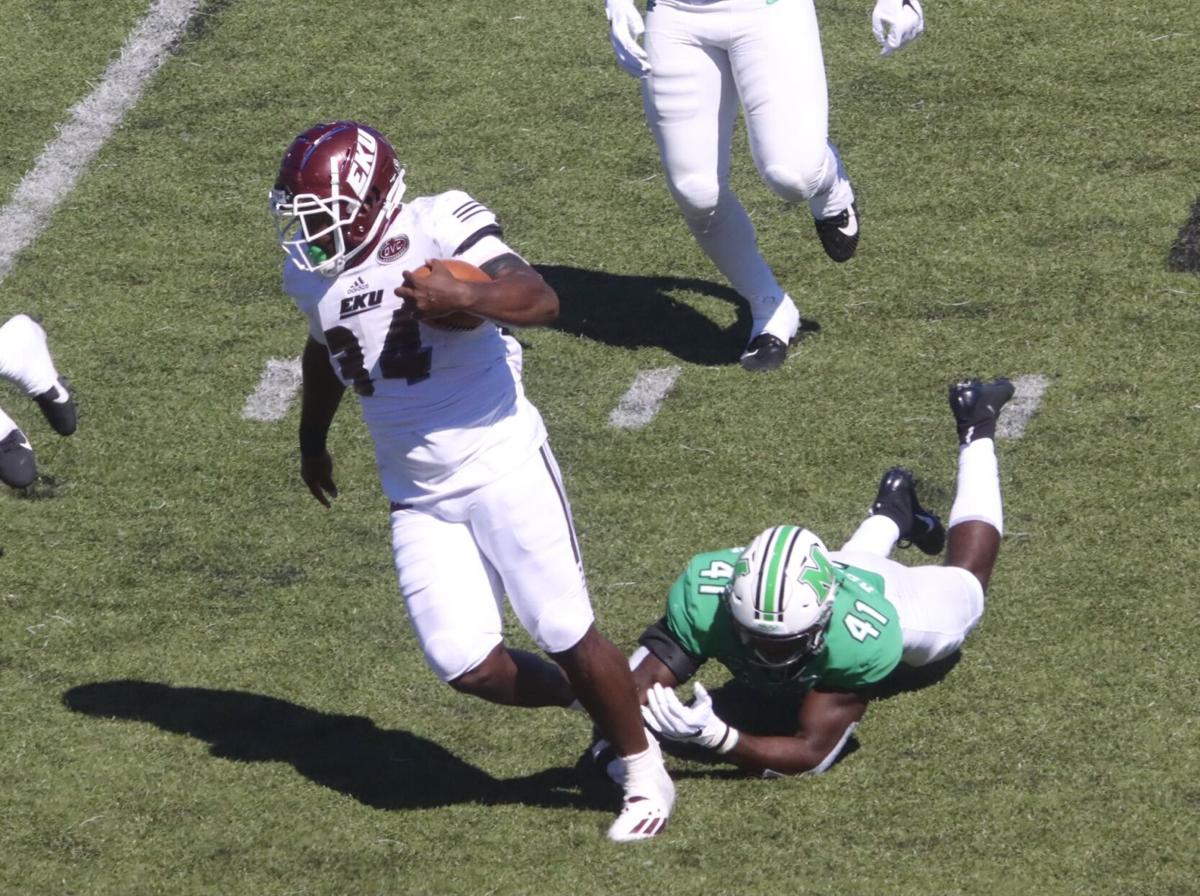 HUNTINGTON, W.Va. -  The beginning of a new era against an old rival really couldn’t really have gone much worse for the Eastern Kentucky University football program.

The Colonels looked simply over-matched and under-prepared in every aspect in a match-up Saturday afternoon that was televised live on national television.

The result was a stunningly embarrassing loss.

Marshall racked up 627 yards of total offense and rolled to a 59-0 win over EKU in the season opener for both schools at Joan C. Edwards Stadium. The Thundering Herd scored touchdowns on their first four possessions and had a 21-0 lead in the first quarter.

It was the biggest shutout loss handed to the Colonels in the past nine decades and the most lopsided setback without a score since a 99-0 defeat by Wittenburg in 1931.

The Colonels were heavy underdogs against Marshall, a Football Bowl Subdivision team that plays in Conference USA.

The 21st all-time meeting between the schools - which used to be rivals at the Football Championship Subdivision level - was the most one-side in the all-time series.

The Thundering Herd marched down the field on the opening possession of the game, going 72 yards on seven plays in just less than three minutes before getting a 22-yard touchdown catch by Xavier Gaines.

They were just getting started.

And the Colonels never recovered.

"We just weren't in it from the start," EKU senior defensive back T.J. Comstock said.

Grant Wells threw three more touchdown passes in the first half. The redshirt freshman from Charleston, W.Va., who was making his first college start, completed 16-of-23 passes for 307 yards.

The Thundering Herd was up 38-0 at halftime.

"I was obviously disappointed with our performance in all areas," Wells said. "We looked like a poorly prepared team and that (reflects) solely on me. We've got to learn to play the basics in our offense and defense. We should have played better than we did."

Wells took over the program at EKU in December. He had served as an assistant at the school under legendary coach Roy Kidd from 1997 to 2002 before moving on to several other schools, including Tennessee and Kentucky.

His first game as a head coach - at any level - was memorable for only the wrong reasons.

"When see a score like that, it is hard to think of anything positive other than we made it here safely and hopefully we get home safely," Wells said.

The statistics were as lopsided as the score.

The Thunder Herd had 34 first downs. The Colonels had just seven.

Marshall finished with 345 yards passing, 282 yards on the ground and averaged 7.6 yards a play. EKU had only 166 yards of total offense.

The Thundering Herd was 7-of-10 on third down and 2-for-2 on fourth down. The Colonels were 3-of-14 combined on third/fourth downs.

McKinney got the start at quarterback after a three-QB competition in a delayed training camp. He completed 7-of-10 passes for 71 yards and an interception - which was the only turnover of the game for either team.

Keyion Dixon had three catches 34 yards, while Jackson Beerman had one catch for 28 yards.

Quentin Pringle had a team-best 39 yards rushing on six carries, while Alonzo Booth had 33 yards on 15 carries.

"We can come out here and make all the excuses in the world, but at the end of the day, it falls back on us," McKinney said.

The Colonels are set to return to action Saturday at West Virginia.