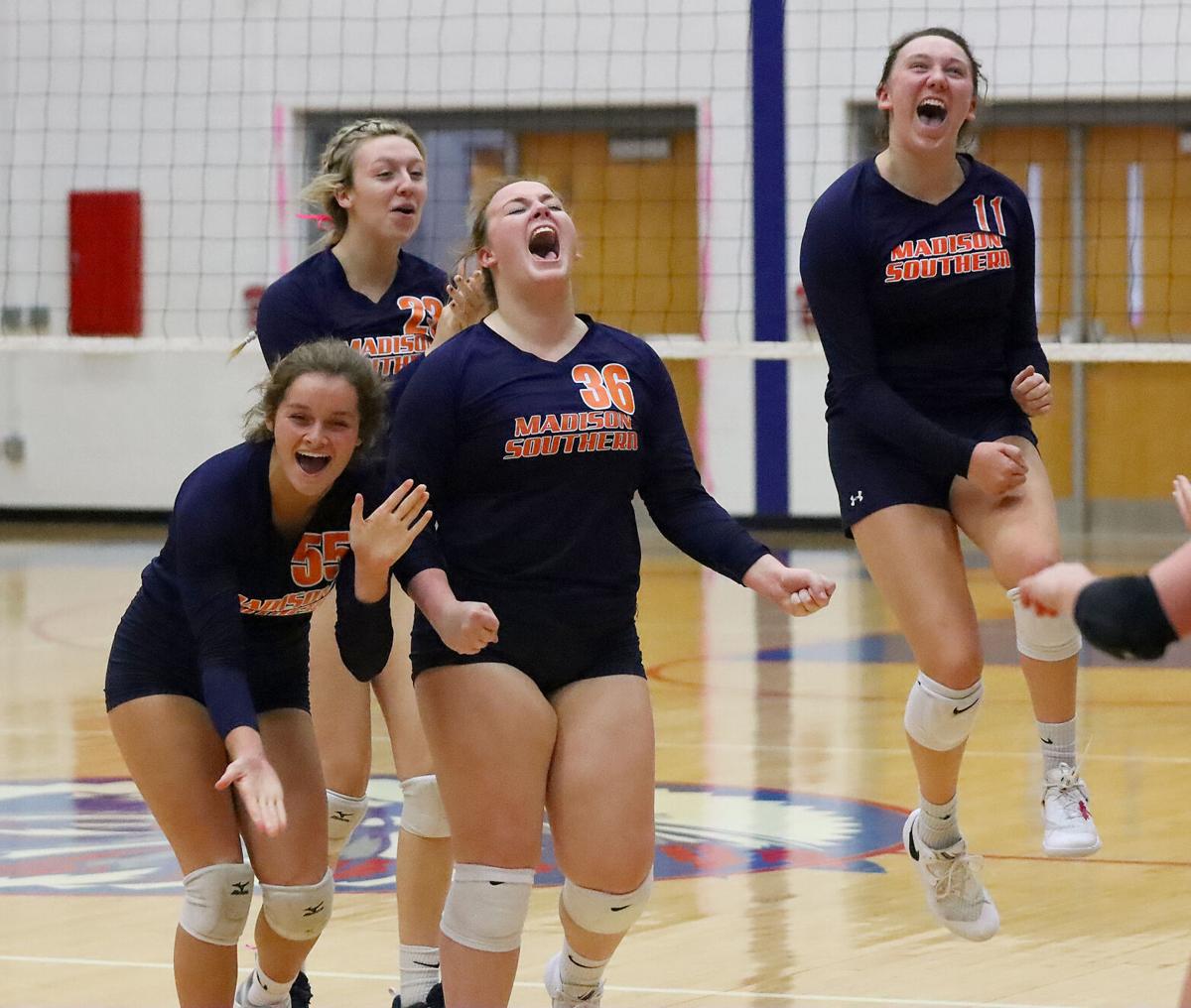 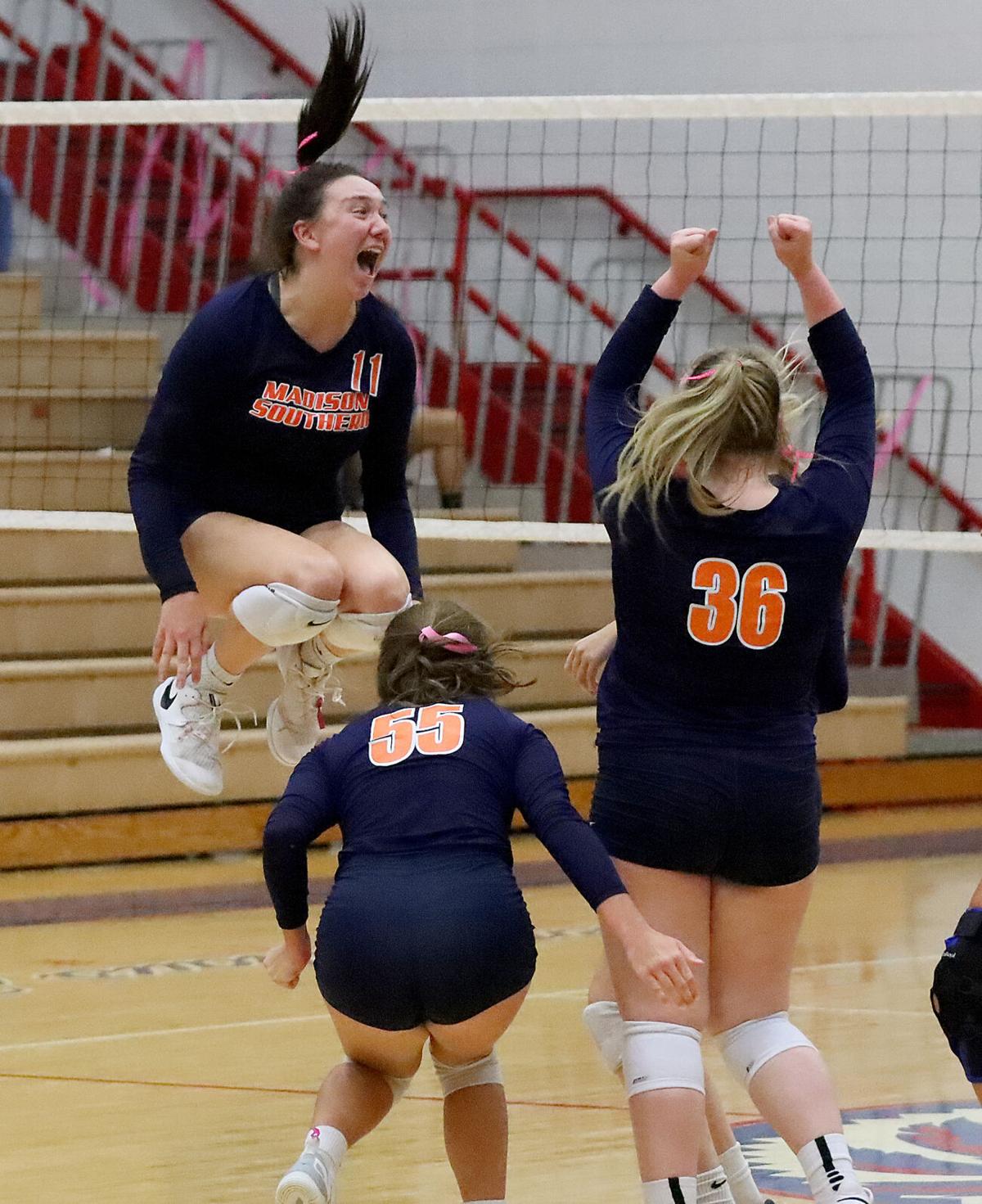 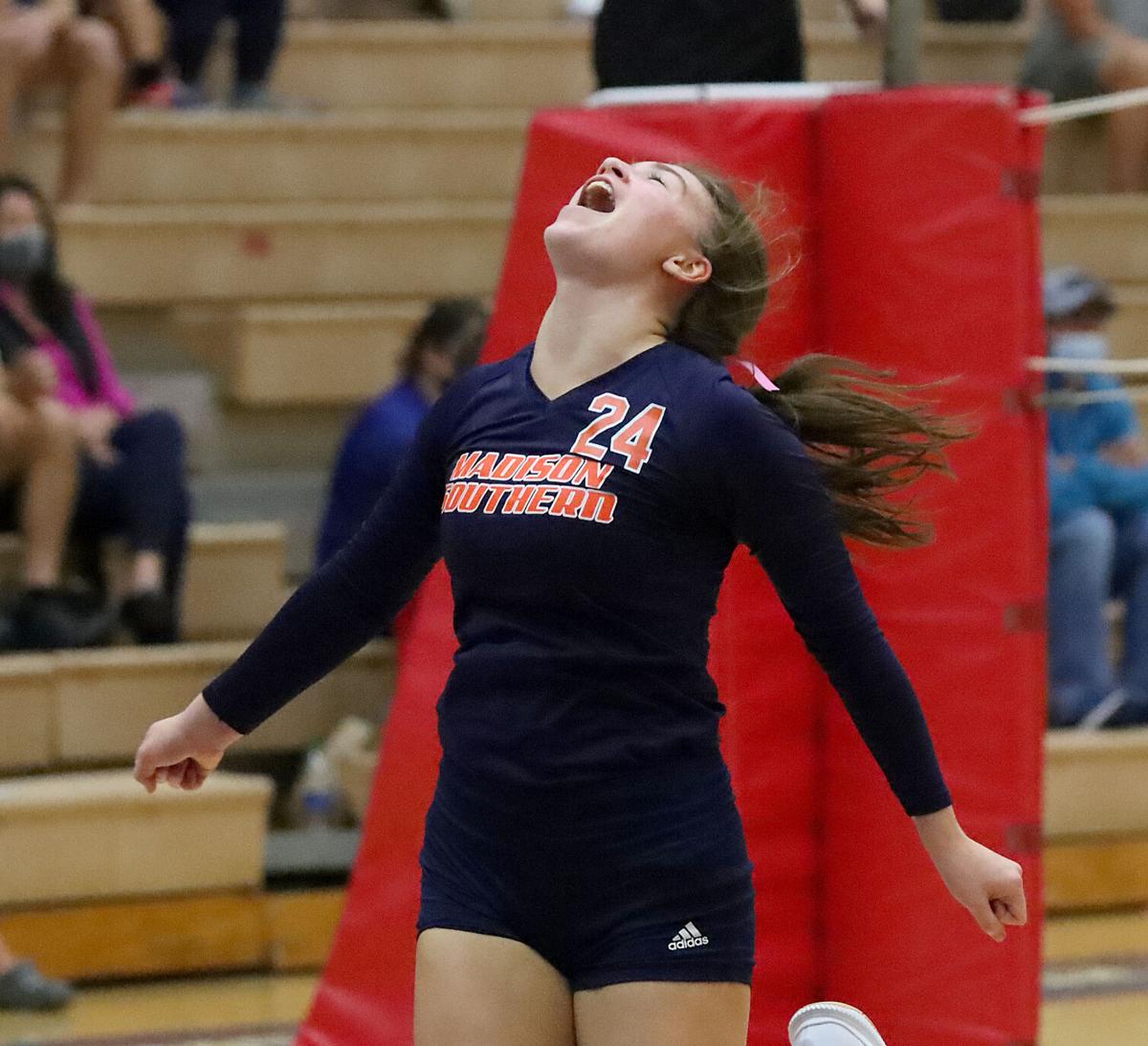 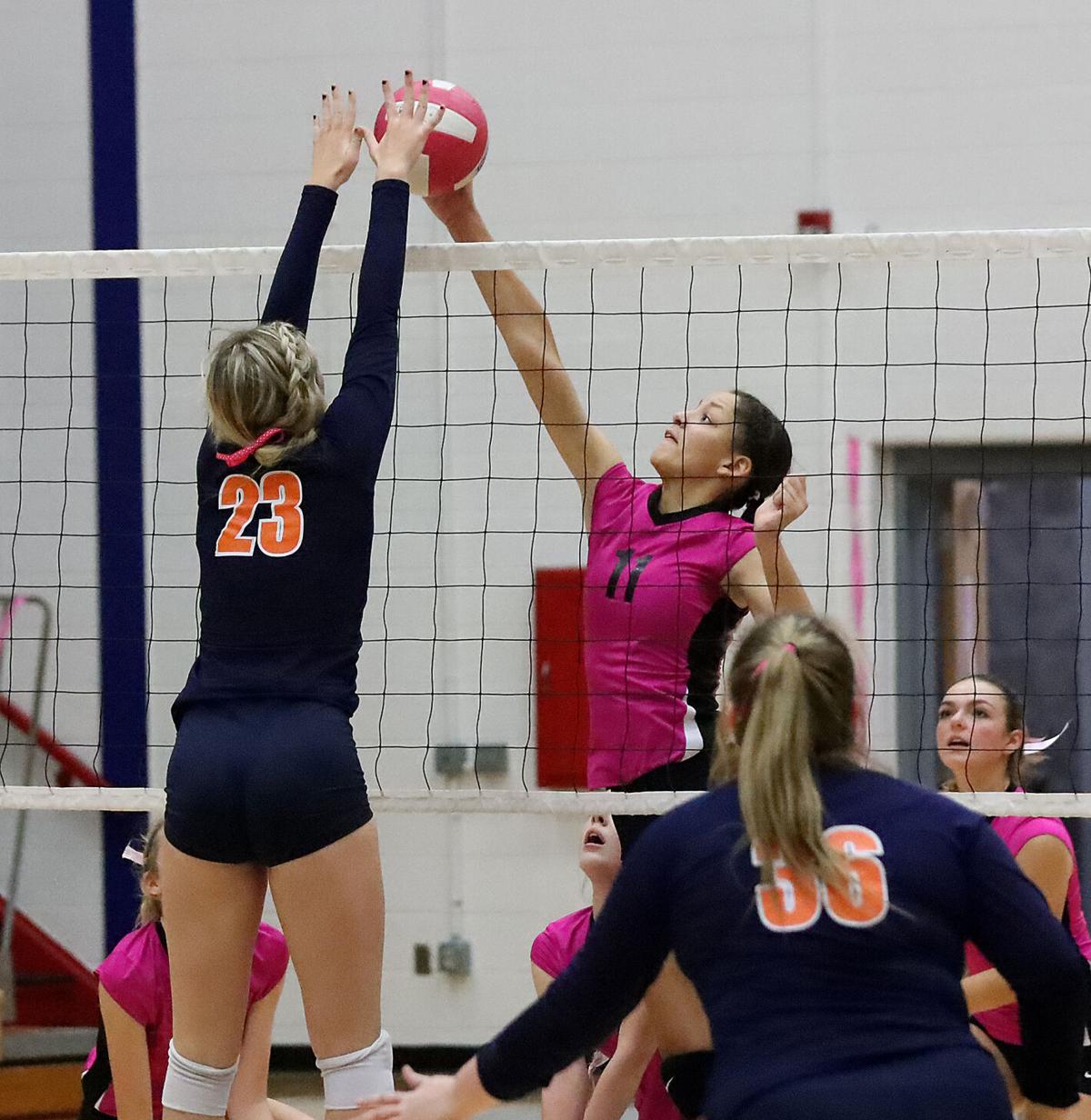 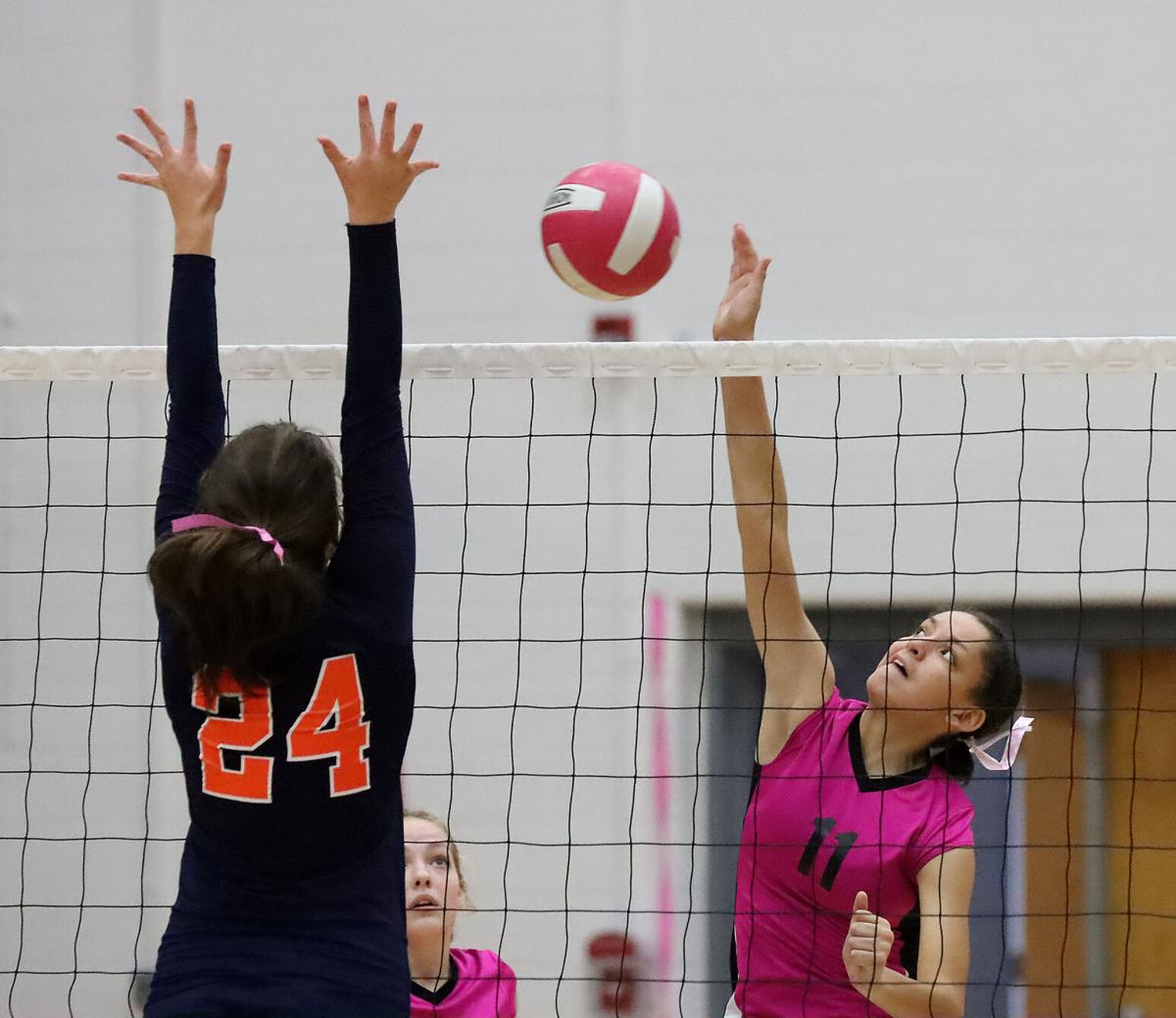 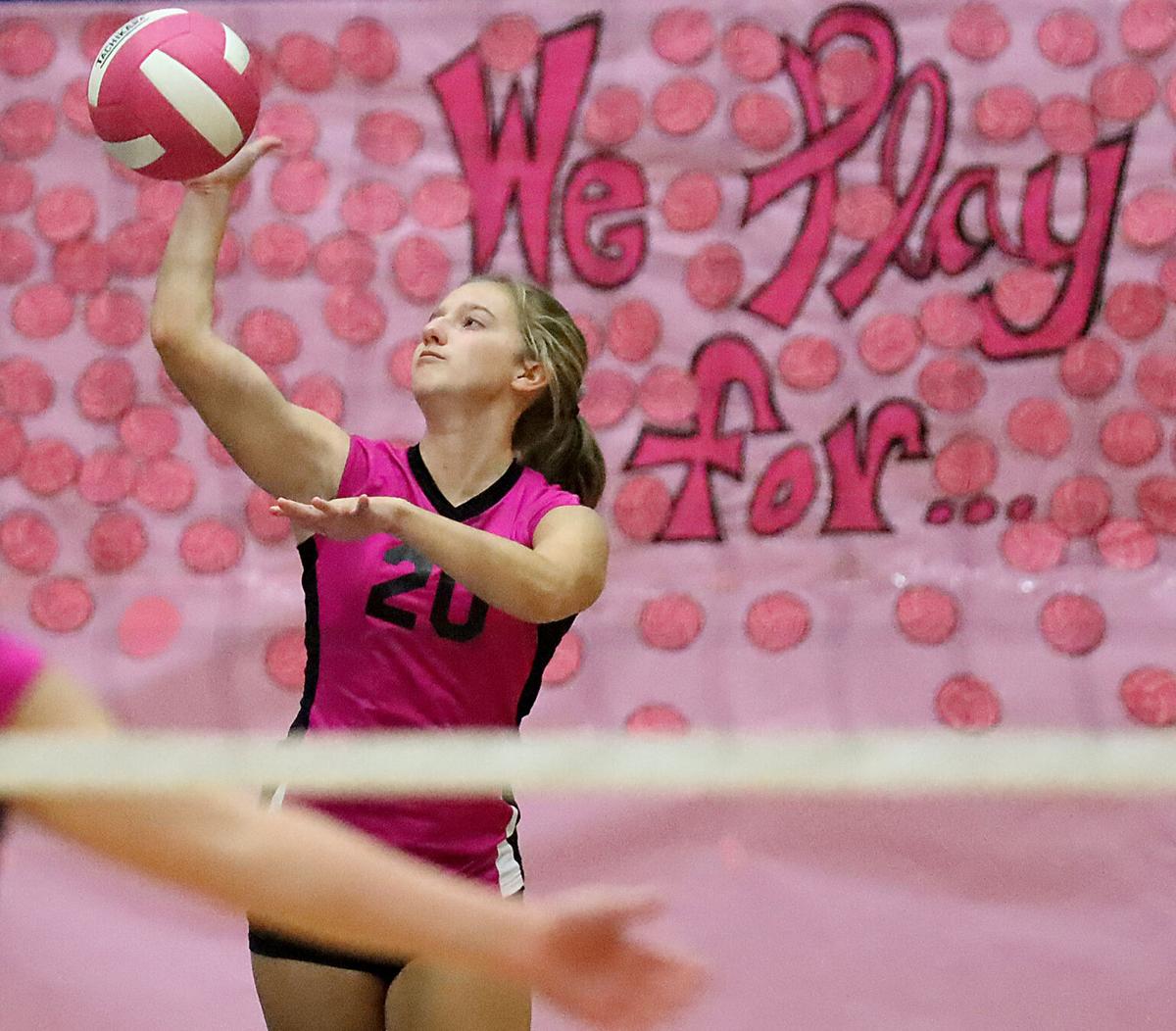 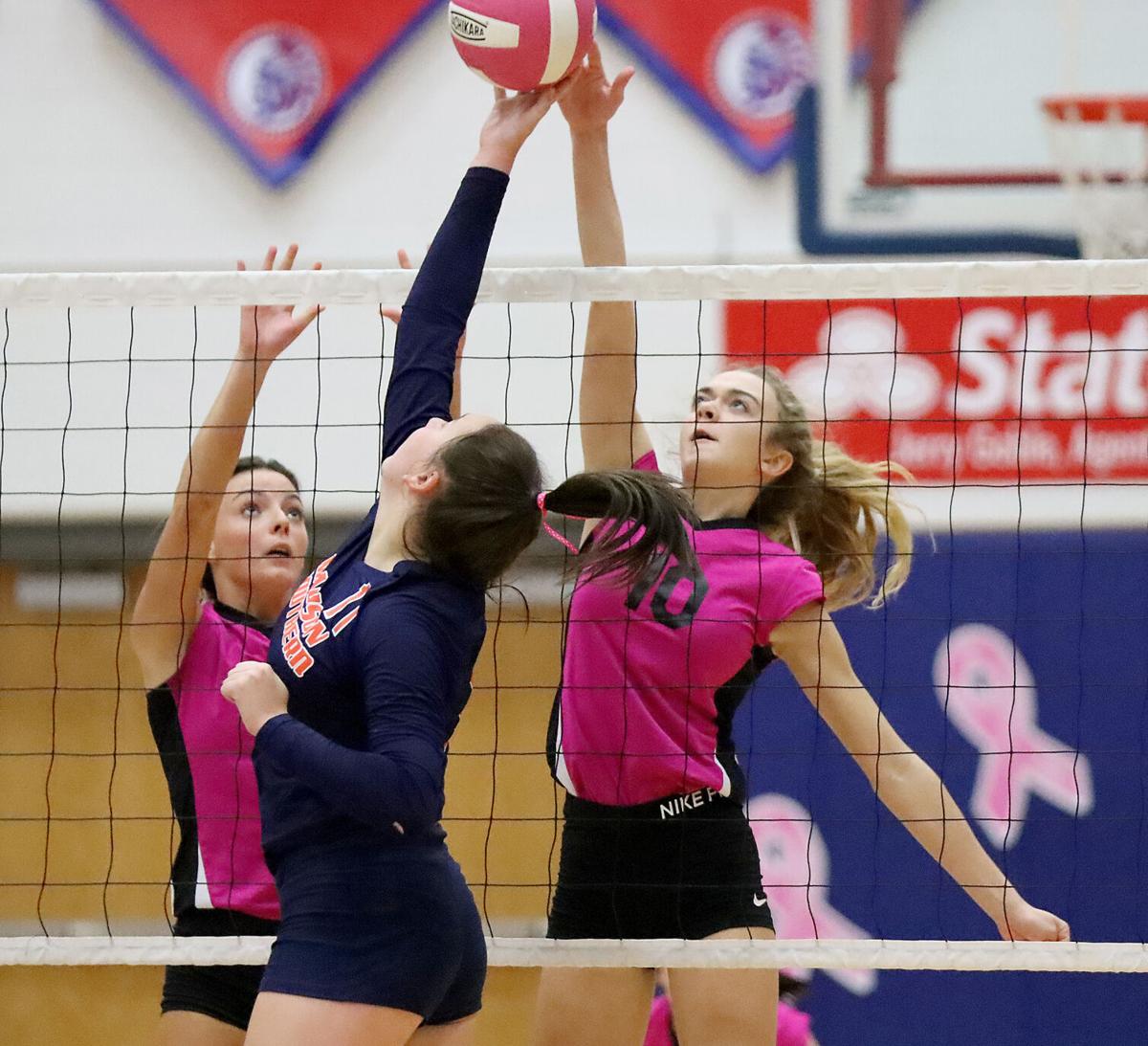 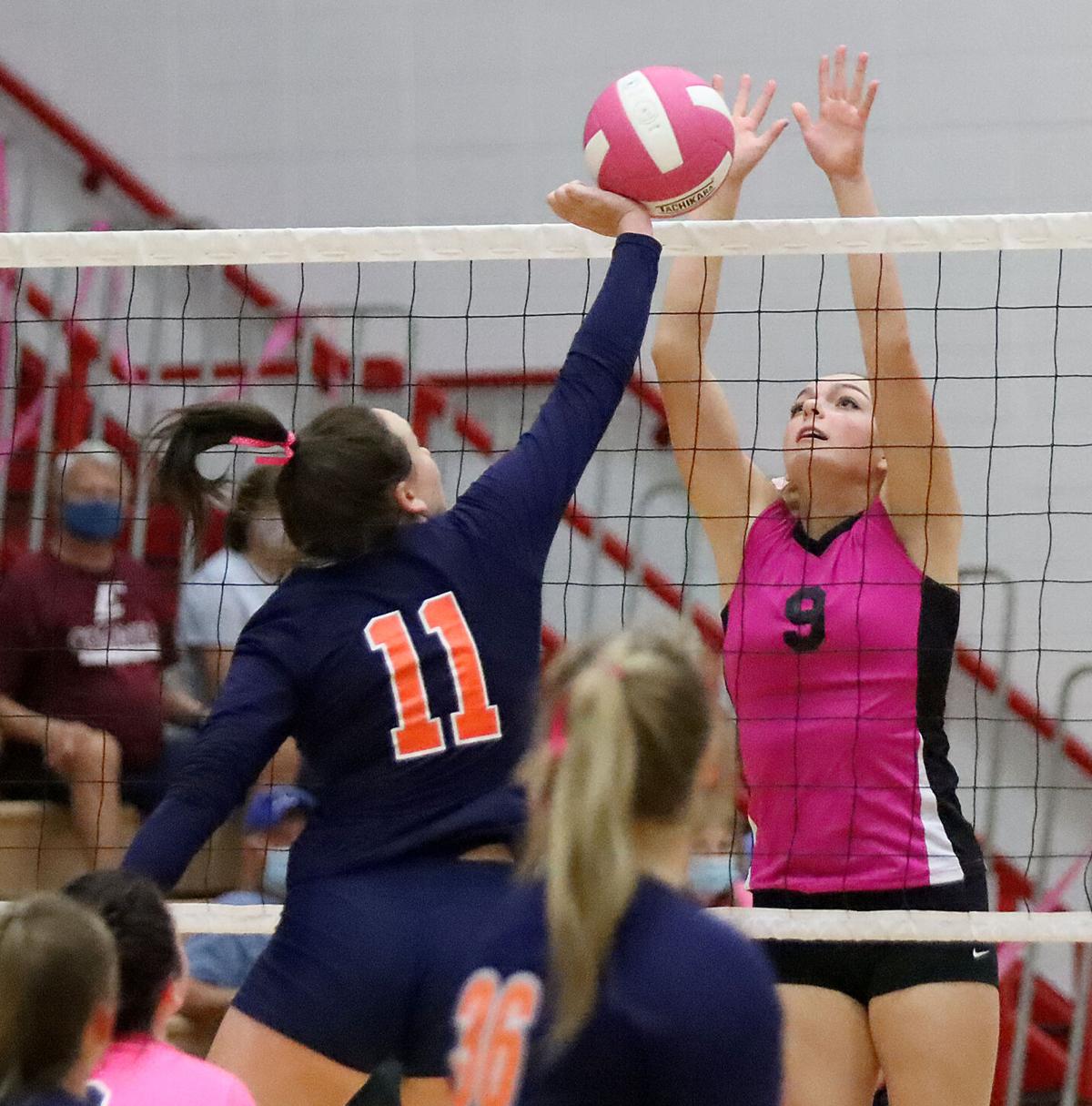 The Lady Eagles needed a spark.

And they got it - in a most unusual way.

Already down a set, Madison Southern trailed 24-20 against Madison Central on Thursday night in Richmond when coach Jeremy Grant was assessed a red card for yelling at an official.

It turned out to be a big turning point.

"We all have a temper, I think," Southern senior Autumn Griffith said. "And it does help us because in that moment, we just wanted to show them that we could do it."

The Lady Eagles got mad.

Then they evened up the match.

"It was the like the team that had been playing walked out of the gym and a whole new group came in," Grant said of the end of the second set. "It was pretty awesome to see. I've been on this group all year about how they have to fight and have heart."

The Lady Eagles still had to battle to finish off a regular-season sweep of one their biggest rivals.

Central rallied to win the fourth set, then the fifth set was tight before a kill by Kyla Atkins gave Southern a three-point advantage. The Lady Indians closed within a point, 14-13, before the Lady Eagles secured the victory.

Central took the opening set when the teams met last month in Berea before suffering a 3-1 loss. The Lady Indians struggled early in the season with a young and inexperienced line-up, but had won three of their past four matches heading into the re-match with Southern.

Central raced out to a 16-7 lead in the first set behind kills by Macalia Morin and Avery Rigney.

"We've been playing that way for the past few weeks," Central coach Elizabeth Morrow said. "We are really starting to find our groove."

Central had a 16-11 lead in the second set before things changed rather dramatically.

"They just kept making plays and making plays," Grant said. "You could feel the momentum building."

Southern kept building in the third set. Avery St. John and Julia Bingham took control at the net as the Lady Eagles pushed in front, 19-13.

"Avery was wearing out the middle on that tip," Grant said.

The Lady Indians ran out to a 4-1 lead and were up 13-6 in the fourth set. A couple of aces from Sicilia Friend put them in position to even the match again.

"I wasn't expecting them to perform as well as they did," Griffith said of Central.

The teams could play again in a couple of weeks.

Central and Southern have met in the title game of the 44th District Tournament in each of the past eight seasons.

"They better be ready. We are coming for them," Morrow said.

Macie Daniels had five kills, three blocks and three digs. Reece Estep had nine digs, three kills and an ace. Kara Combs had 21 assists, six digs and a kill. Kennedy Johnson and Bre Dawes each had 13 digs, while Emma Haselwood had four digs and one kill.

Addison Martin had a team-best eight kills and added five digs for Central.

Central is set to return to action Saturday at home with match-ups against Southwestern and West Carter.

Southern is set to return to action Monday at Garrard County.

Taylor LeCompte had five kills, four blocks and a block assist for the Lady Patriots (0-14). Liz Dickerson had six assists, four digs and three aces. Violet Fox had two kills, two aces and a block. Rachel McClurg had two digs and an ace. Marie Whitehouse had three digs. Leah Smith had two digs and Haley Hollis had one kill and one dig.