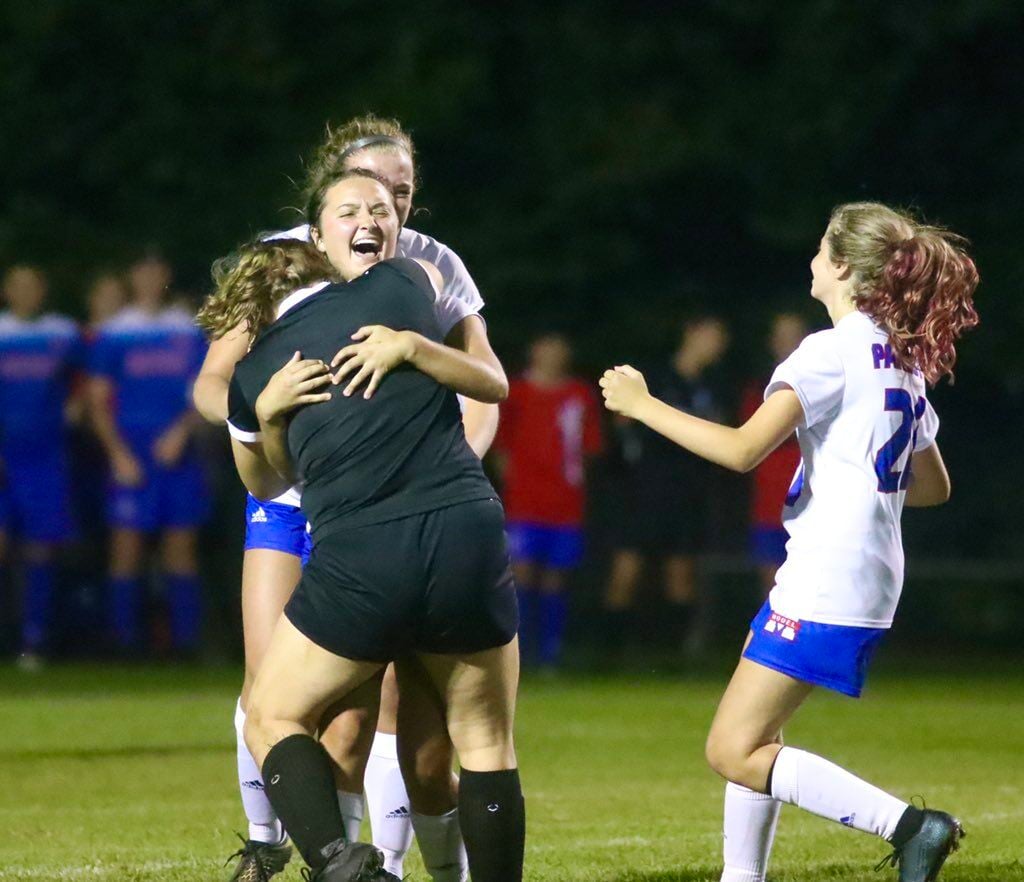 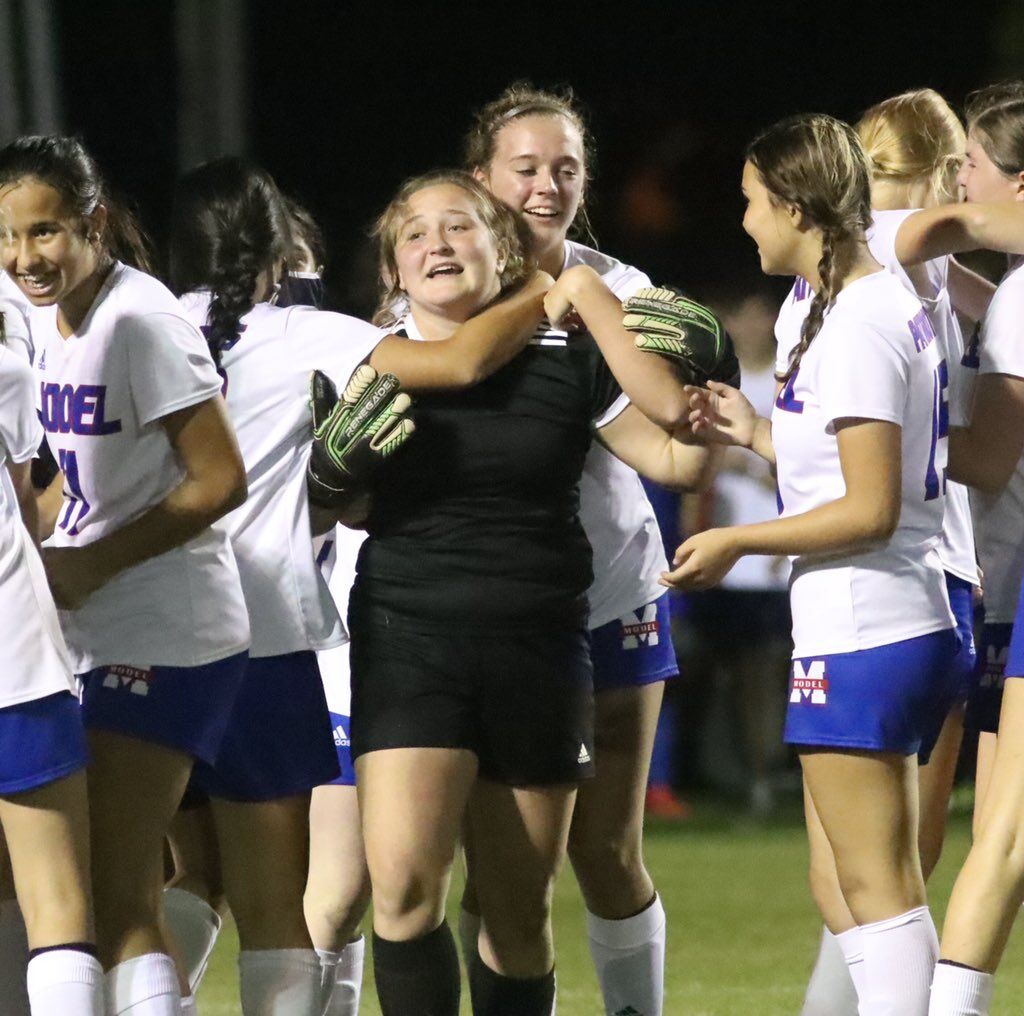 McKenna Tuttle had to watch from the sidelines last week as her team went to a shootout with 44th District rival Madison Southern.

The senior keeper was out with an injury.

“It was not fun,” Tuttle said of watching Model fall in the shootout.

Tuttle was back in net on Wednesday and played a big role in a long-awaited victory.

The senior made three saves in the shootout as Model Laboratory defeated Central on the road, 1-0. Selise Forsythe scored the game-winning goal on the sixth shot and Tuttle sealed the win with a save on Jessica Stone moments later.

“She has the instincts. She’s one of the best keepers around,” Model coach Mike Austin said of Tuttle. “You feel good with her in the goal.”

Tuttle has been in goal for the Lady Patriots (2-3) since she was a freshman, but had never played in a shootout.

“I haven’t been in one since middle school,” Tuttle said. “We’ve come close but never got to one. I just knew I had to stay focused.”

Tuttle opened the shootout with a goal, then stopped Kasey Ogle to give Model an early lead.

In the sudden-death portion of the shootout, Forsythe delivered, setting the stage for Tuttle to make one last save.

Neither team scored in regulation or during either of the two five-minute overtime periods.

Model’s last win over Central came on Oct. 17, 2009 in the 44th District Tournament. The Lady Patriots had lost 16-straight to the Lady Indians.

“In the past I think the girls have struggled with confidence when they bigger schools,” Austin said. “I think that has gone away in the past couple of years.”

Model is set to return to action Saturday against Berea.

Central is set to return to action Saturday against Garrard County.

The Indians stayed undefeated on the season with a hard-fought 2-1 win over district rival Model Laboratory on Wednesday night at home.

Christopher Lagrange scored on a great pass from Gavin O’Shea less than four minutes into the game.

Model’s Chris Tioukalov answered back with a remarkable strike. The senior ripped a shot from about 30 yards out that hooked into the top right corner of the net with 15:30 left in the first half.

The Indians controled play for most of the game, but weren’t able to get the go-ahead goal until O’Shea scored on a cross from Luis Martinez with 27:10 left in the game.

Both teams had chances in the final minutes, but Model’s Maddox Marks and Madison Central’s Cameron Whitaker didn’t yield another goal.

Madison Central is set to return to action Saturday at Madison Southern.

Model is set to return to action today at home against Corbin.

The Berea Community girls soccer team suffered a hard-fought loss to a tough 11th Region rival on Sunday in Lexington.

On Tuesday, the Lady Pirates (0-4) faced another difficult match-up.

They once again rose to the challenge, though.

Hannah Davis scored on goal on an assist from Chloe Campbell, but Berea was handed a 2-1 setback by Scott County at home. Emily Maynard had 25 saves in net for the Lady Pirates.

Berea took a 1-0 lead on Lexington Christian Academy in the semifinals of the 11th Region All “A” Classic, before falling in a shootout. The Lady Pirates are 0-4 on the season, but have been in each game, being out-scored just 8-2.

Berea is set to return to action today at home against 44th District rival Madison Southern.

The Madison Southern boys soccer team improved its record to 3-1 on the season with a 3-1 win Tuesday over Trinity Christian in Lexington.

The Eagles, who have won two-straight, are set to return to action today at home against South Laurel.