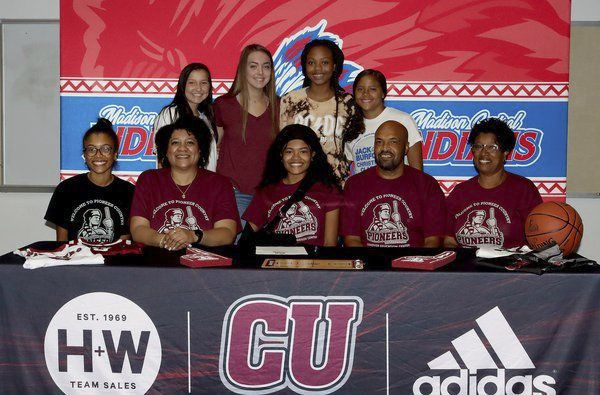 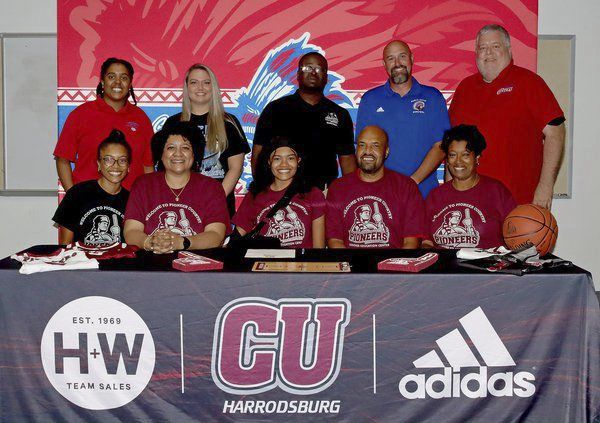 After four years of battling through a painful shoulder injury, Taleya Todd thought she was ready to move on from basketball.

That led to a difficult decision.

The Madison Central graduate had already planned on enrolling at Western Kentucky University this fall.

"I fell in love with the school as soon as I got there," Todd said of WKU.

There was another factor, though.

She was scheduled to have surgery on her injured shoulder, but that had to be delayed.

"I didn't want to stop playing basketball and I didn't know how it was going to turn out with my shoulder," Todd said.

On Tuesday, the Central grad made her decision official.

Todd signed a national letter of intent to play basketball at Campbellsville University-Harrodsburg.

"It's an opportunity for me to get not only a great athlete, but a great leader," CUH coach Brian Tribble said.

Todd started getting varsity playing time in the eighth-grade and went on to score more than 1,000 points during her career at Madison Central.

"She knows the game," Central coach Brad Lovely said of Todd. "She knows how to play the game. I think she will make a great coach one day."

Todd missed a couple of games early in the 2019-2020 season because of her shoulder problem. She decided, however, to delay the surgery and play the rest of the year with a torn labrum.

Despite the injury, the senior led Madison Central in scoring (13.1 points a game), shot 58 percent from the free throw line and had 2.8 rebounds a game.

"I can't imagine what she could have done with two good shoulders," Lovely said of Todd.

The injury didn't slow down Todd.

It also didn't stop Tribble from wanting to bring Todd to the CU-Harrodsburg.

"It didn't scare me," Tribble said.

Still, Tribble had to work to convince Todd not to give up on the sport she had loved all her life.

"You made me bring my 'A' game," Tribble said Tuesday during the signing ceremony.

The women's basketball program at CU-Harrodsburg is set to enter its third season this fall.

The Lady Pioneers were 15-12 last season and advanced to the NCCAA Tournament before falling to Arlington Baptist University.

Campbellsville University has nine smaller campuses around the state. Only two offer athletics -- Harrodsburg and Somerset, which has just men's basketball and men's golf.