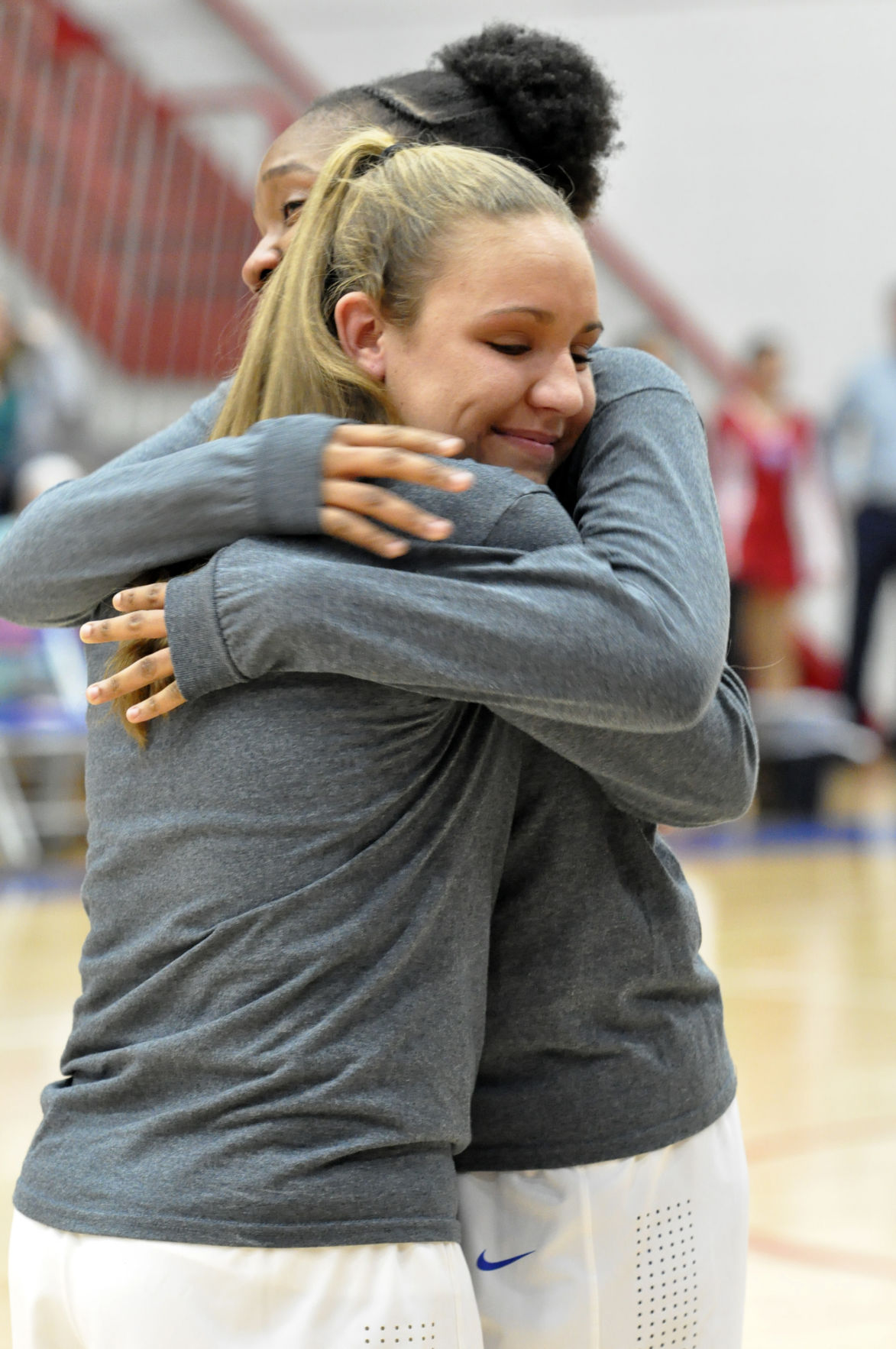 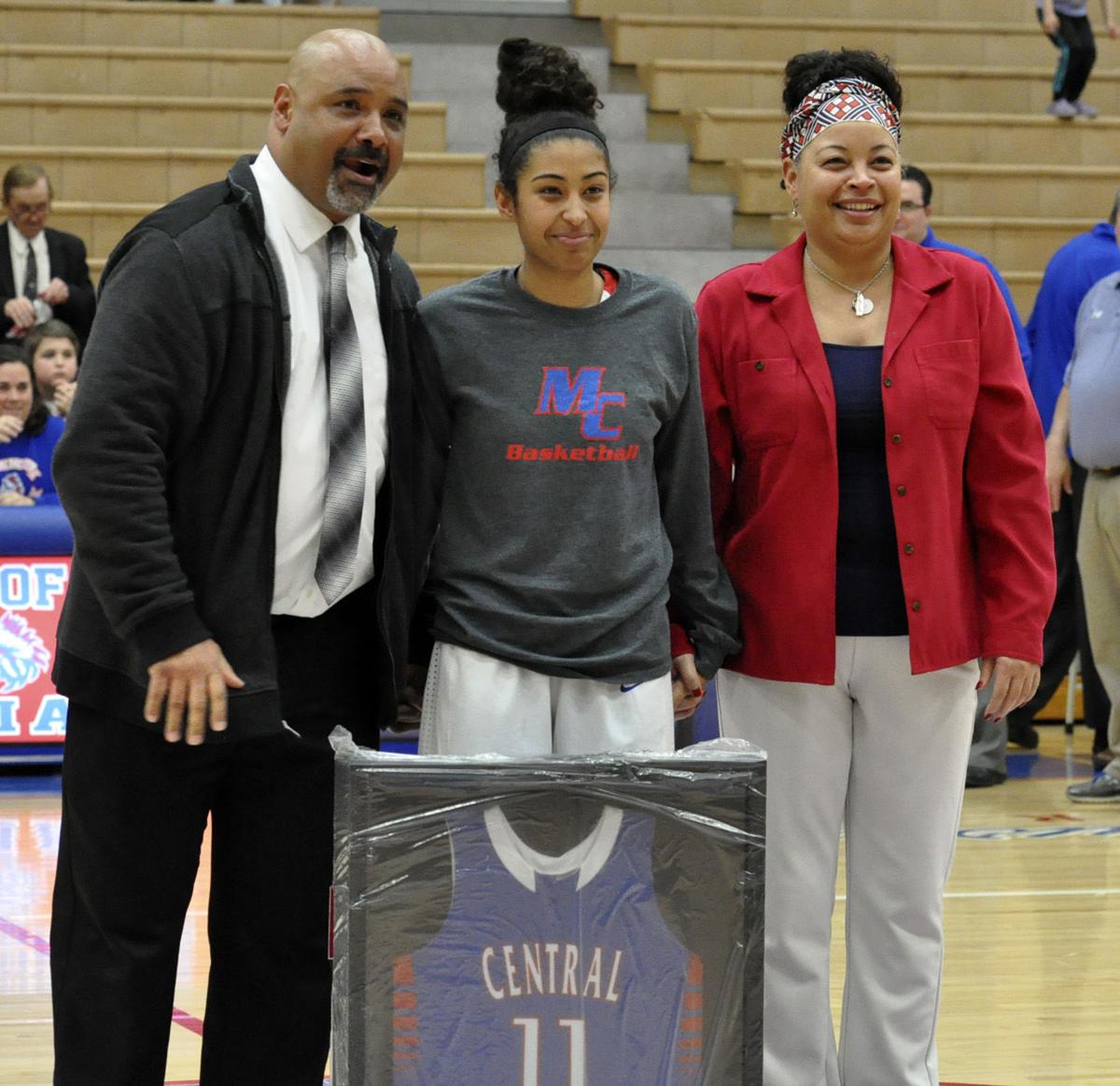 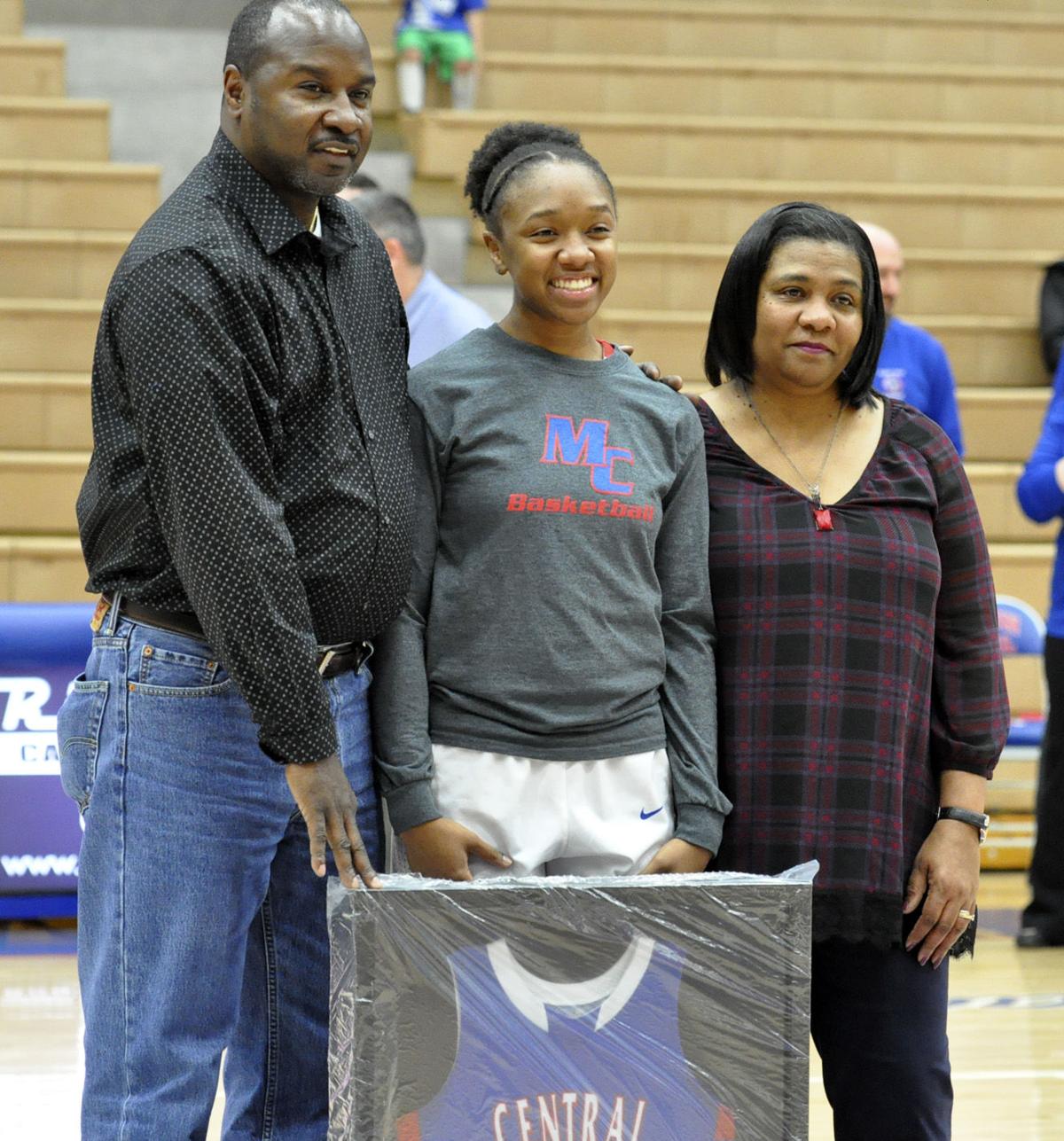 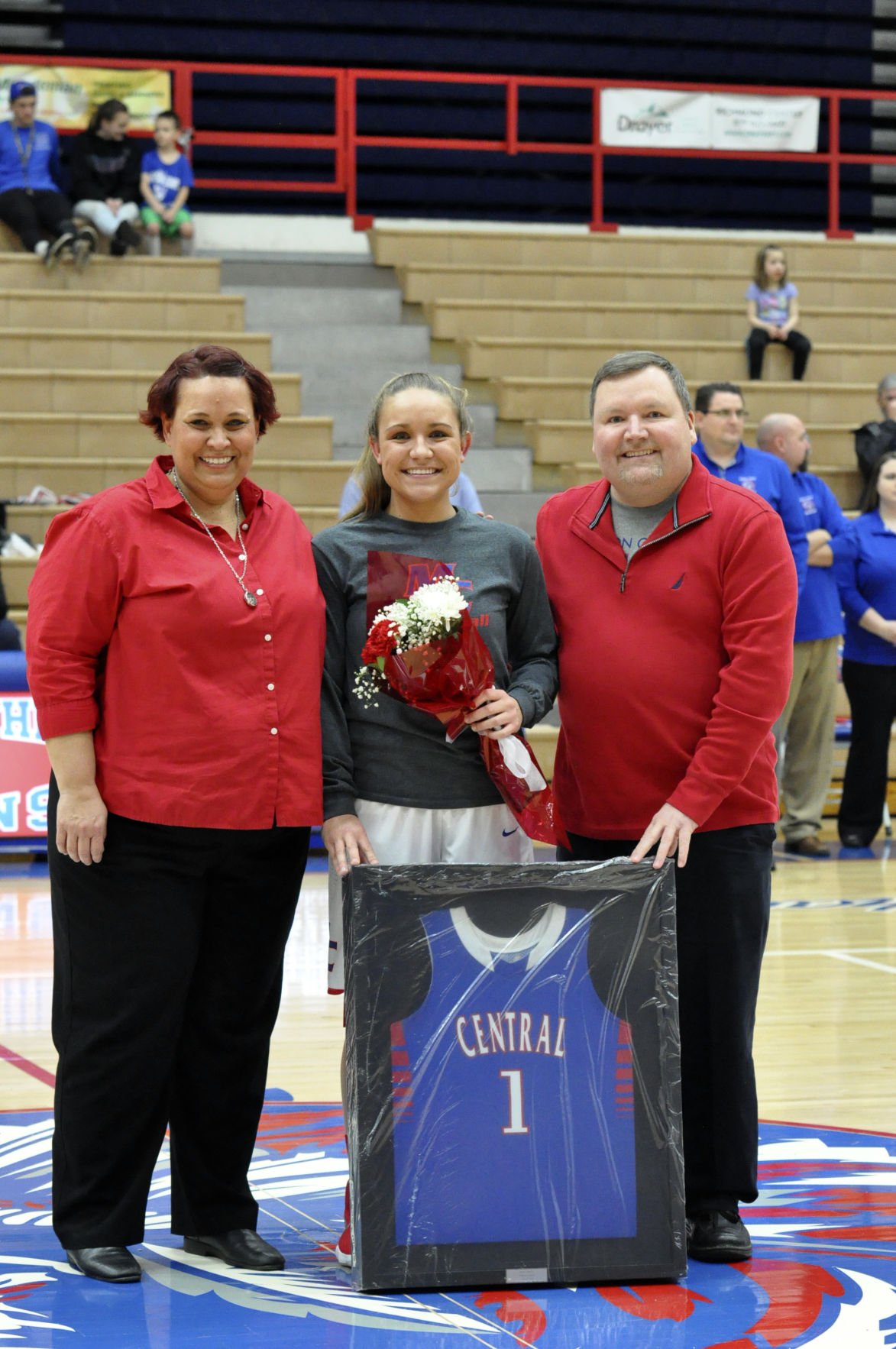 It was Senior Night at Madison Central in more ways than one Saturday when the Lady Indians edged past Nicholas County, 41-37.

After being honored before the game, senior Bailee Vanover went on to score a game-high 26 points and lead her team to victory in the last home game of her high school career.

The guard would score the first and last basket of the game for Madison Central.

Vanover scored all the Lady Indians points during that run, starting with a layup with an assist from fellow senior Blaze Pacheco and capped the spurt with a mid-range jumper.

A Taleya Todd drive to the basket for two points and a three-pointer from the right wing from Vanover sent Central into the locker room with a 22-15 lead.

In the third quarter, the Lady Jackets stung back, whittling Central’s seven-point lead to two in the last seconds of the period.

A jumper by Trina Hughes tied the game going into the fourth quarter, 28-28.

The Lady Indians went to work with Jekauri McKeithen grabbing a rebound off a missed three-pointer from the Lady Jackets.

Vanover found an open lane and drive to the basket to snatch two more points for Central with five minutes left in the game.

A steal by Vanover, who found McKeithen under the basket for a basket.

From there, the Lady Indians secured the win at the free throw line.

McKeithen finished the game with eight points and four blocked shots. Madison Barnard had four points and Todd had three.

Madison Central Coach Robert Cooksey said he was proud of the growth of his team throughout the year.

“It is a testament to how far these girls have come,” Cooksey said of Saturday’s win. “We did a lot of things in the fourth quarter basketball-IQ wise we probably would not have been able to accomplish earlier in the year. They have learned a lot and I think that hard work payed off.”

Cooksey also credits the Lady Indians ability to keep cool under pressure as the difference-maker.

“I think we played pretty well in the first half,” Cooksey said. “You have to give Nicholas County credit. They came back and closed the gap in the third. They outscored us 15-6 in that quarter. They made it a close game. We got a little rattle with their pressure, but even though we looked rattled, I’m proud we hung in there and only turned the ball over 13 times.”

The coach also praised Vanover and her contributions to Saturday’s win.

“She had a really nice game. She shot the ball about 80 percent. She did a little bit of everything tonight,” Cooksey said. “It is always great to get a win on senior night and have your seniors be involved and play well.”

The Lady Indians will face Bryan Station on the road on Monday.