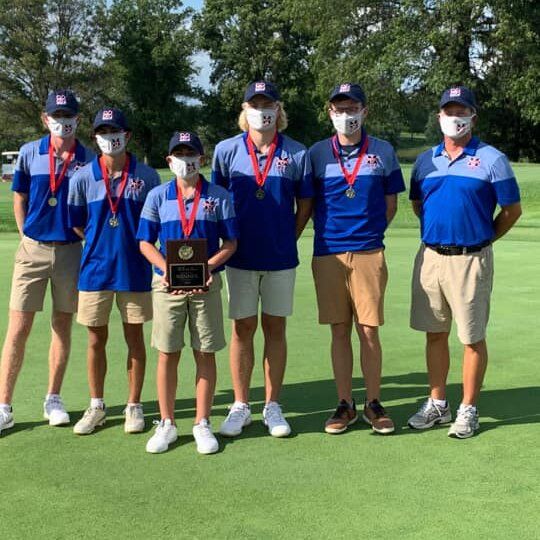 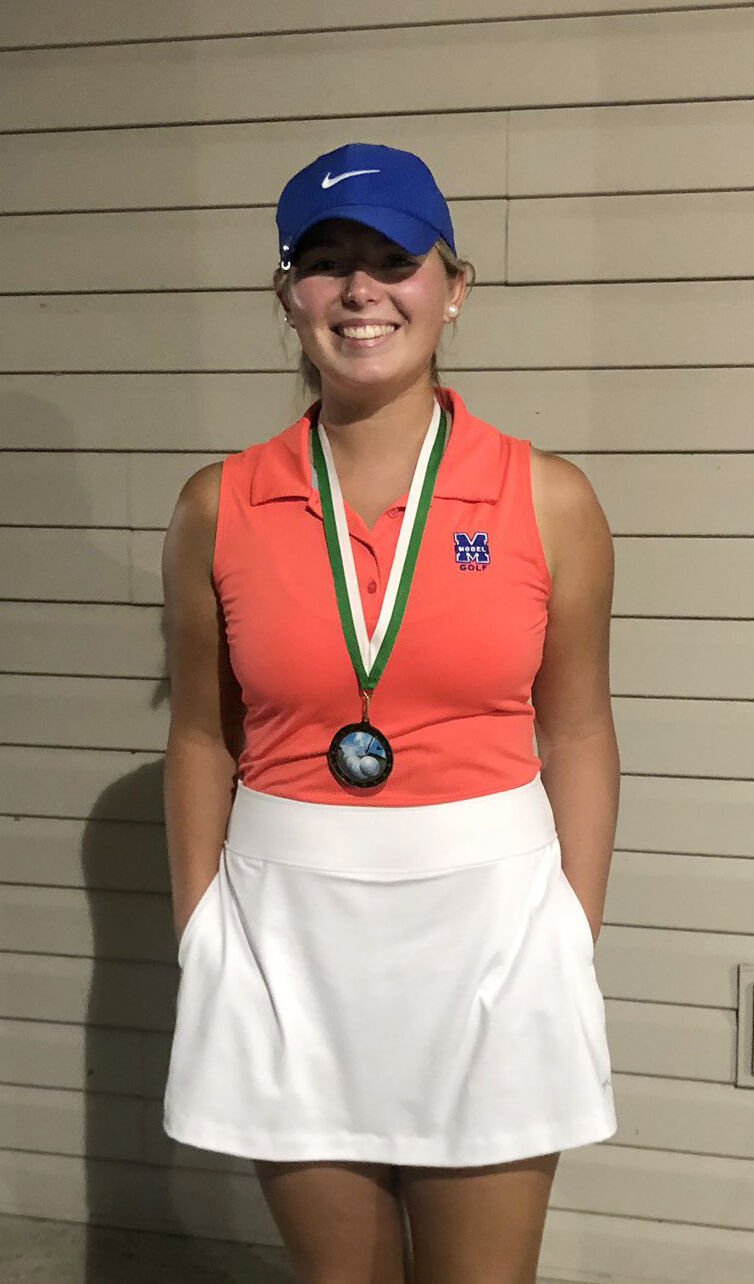 The Patriots thought they would have the home-course advantage for the 11th Region All "A" Classic on Tuesday.

It didn't work out that way.

"We had been practicing on the front nine (at the University Club at Arlington) for a month in preparation for the tournament, and LCA had actually come over this week and practiced on the front nine as well," Model coach Donnie Kidd said. "However, due to the amount of rain that fell, literally a few minutes prior to the start of the tournament the official in charge made the determination that the front nine was unplayable moved us to the back nine."

The Patriots rose to the challenge, anyways.

Model shot a +6 and beat out Lexington Christian Academy by four strokes to claim the title.

Model's Mason Hamrick took the individual title with a -1, 35.

It was the first regional All "A" championship for the Patriots. Model advances to the All "A" State Golf Tournament, which is set to Sept. 12 at Gibson Bay in Richmond.

"We are trying to build a special program here at Model and the foundation is our current group of upperclassmen," Kidd said.

"Over the past three years, our team has grown from seven players to nine last year to fourteen this year. Our future looks bright."

Thomas Luxon shot a +1, 37, for Model and was fourt in the individual leaderboards. Nate Feese and Caleb Ballard both fired a score +3, 39, and tied for seventh.

"Mason Hamrick, Caleb Ballard, Thomas Luxon and Nate Feese have been our core starting four for three years in a row," Kidd said.

"On any given day, each of them is capable of breaking par. We have finished in the top four in most of our tournaments this year, and have been out of the top two by only a couple of shots several times.

Hayden Adams and Grey Goff tied for second with even-par rounds of 36.

Hamrick qualified for the All "A" State Tournament last season and finished tied for 21st after shooting a 77.

Model is set to reteurn to action Saturday at the Chip McDaniel Classic at Boone's Trace in Richmond.

Lady Patriots take second at All "A"

The Model Laboratory girls golf team turned in an outstanding performance on Monday at the 11th Region All "A" Classic in Lexington.

The Lady Patriots shot a 183 and finished second. The nine-hole event was held at Kearny Hill in Lexington.

Lexington Christian Academy took the title and advances to the All "A" State Tournament.

Model's Lesley Durr shot a 38 and finished fourth. She qualified for the state tournament as an individual. Allison Shafer shot a 43. Aashini Shah shot a 47. Natalie Knecht fired a 55 and Faith Meadows shot a 61.