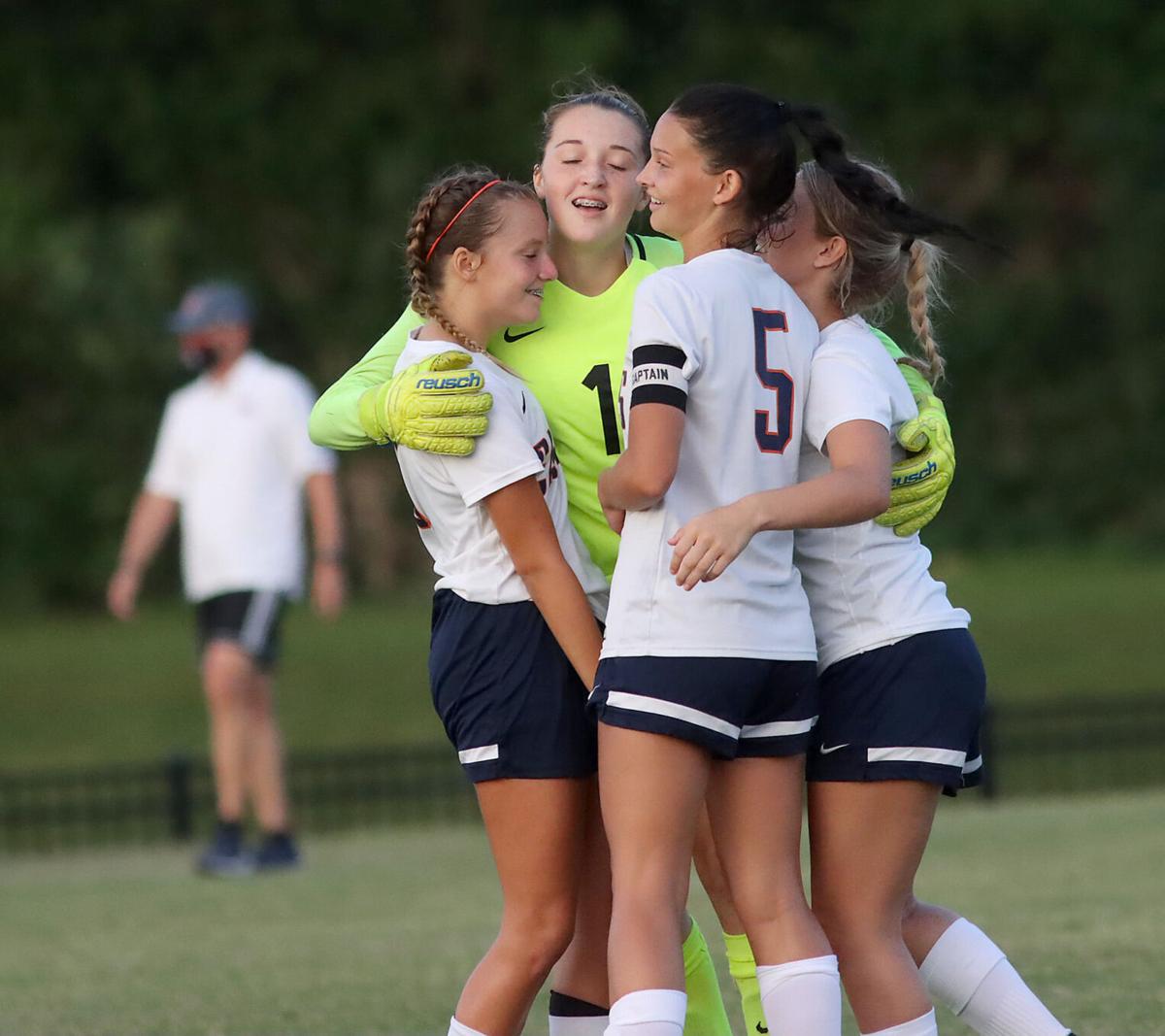 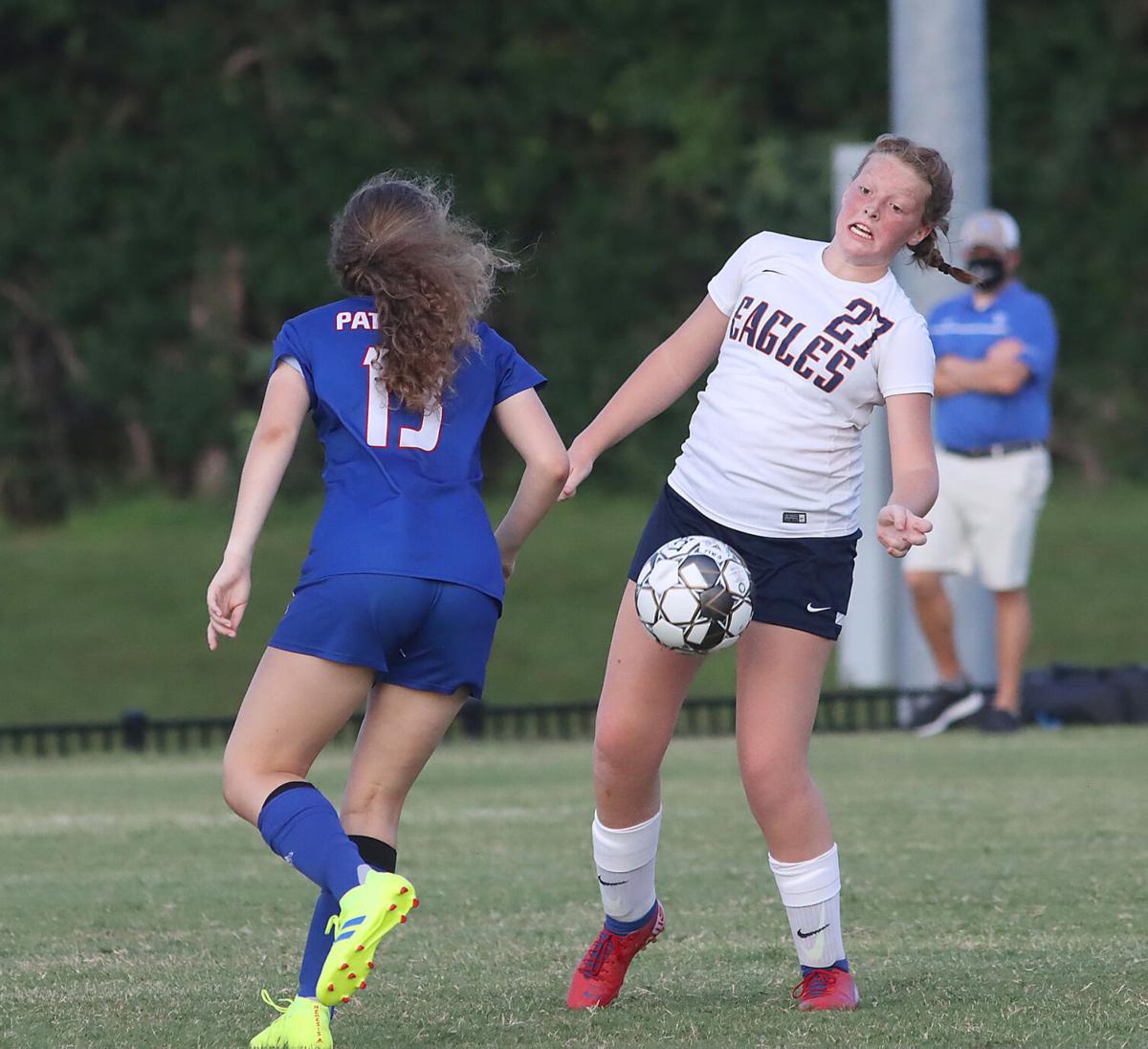 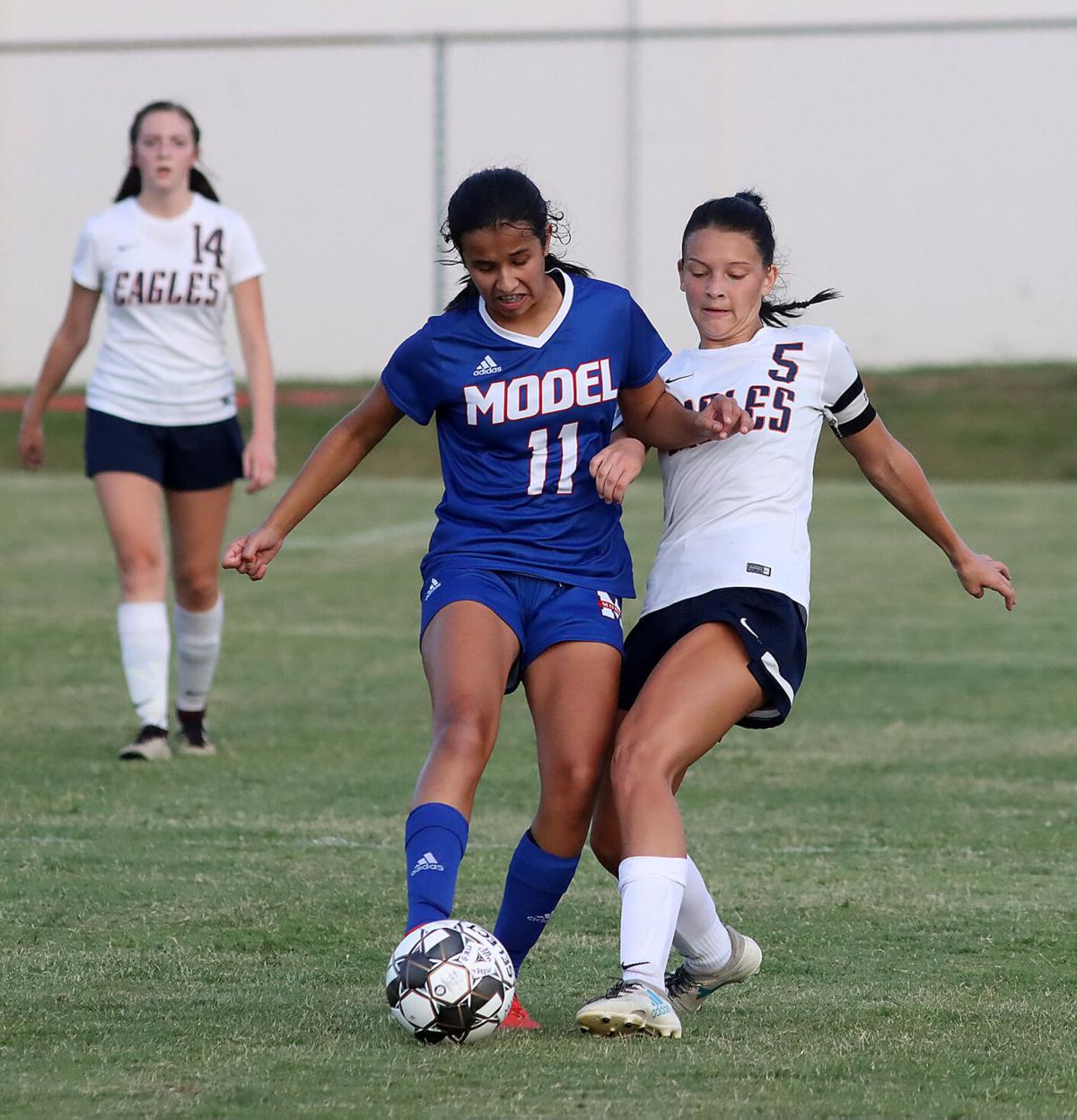 Claire Cress made a diving save on the final shot she faced during a shootout with long-time 44th District rival Model Laboratory on Thursday afternoon in Richmond.

The freshman bounced right back up off the ground and almost immediately lined up facing the goal, ready to shoot.

"It's better if she doesn't think," Madison Southern coach Katy Cress said of her daughter. "She overthinks. So, she just needs to do it."

As soon as the referee gave the signal, Cress calmly and confidently slipped the ball into the left corner of the net to give the Lady Eagles a hard-fought early season victory.

Cress made her first-ever varsity start on Tuesday as the Lady Eagles opened the season with a 2-1 win over Lincoln County.

The freshman didn't show any nerves in a rivalry showdown with important district tournament seeding implications.

Cress had been in this position plenty of times - just not at the high school level.

"She's played in a lot of shootouts before," Cress said. "So, it's not something that should make her nervous. Last year in a middle school district game against Caudill, they had a shootout that went to the 11th player. I've never seen one go so long."

This shootout didn't go that long.

But, it had plenty of drama.

Model's Analyce Valencia ripped the first shot over the net, while Southern's Abby Sheffer slipped a shot into the right side of the net.

In the third round, Julia Luxon and Mallory Robinson each scored.

Selise Forsythe was then stopped by Cress, but freshman Model keeper Claire Garner made a save on Keyara Savia.

In the final round, Cress dove to her right to stop Maya Bhandari then scored the game-winning goal just seconds later.

"We just like to keep it interesting for everybody," Cress said with a laugh.

"We had one senior on the field and those young girls stepped up," Model coach Mike Austin said. "We went toe-to-toe with them. I am really proud of them."

Despite being short-handed, the Lady Patriots took a 1-0 lead on a goal by Luxon in the 12th minute.

From that point on, the freshman keepers made a series of good saves that set up a shootout.

"She's got ice in her veins," Austin said of Garner.

The Lady Eagles needed a pair of late goals to rally past Lincoln County on Tuesday night and fell behind again on Thursday against Model.

"I really don't know what happened in that first half, but it wasn't pretty," Cress said. "I think we are capable of a lot more and the girls certainly expect a lot more of themselves."

Southern is set to return to action Monday at home against Lafayette.

Model is set to return to action this weekend in the 11th Region All "A" Classic.

Lincoln County converted on a pair of penalty kick opportunities in the first half and went on to pick up a 3-0 win over Berea Community on Thursday at Berea City Park.

The Lady Patriots added another goal with 15 minutes left in the game.

The Lady Pirates fell to 0-2 with the loss.

Berea is set to return to action this weekend at the 11th Region All "A" Classic in Lexington.