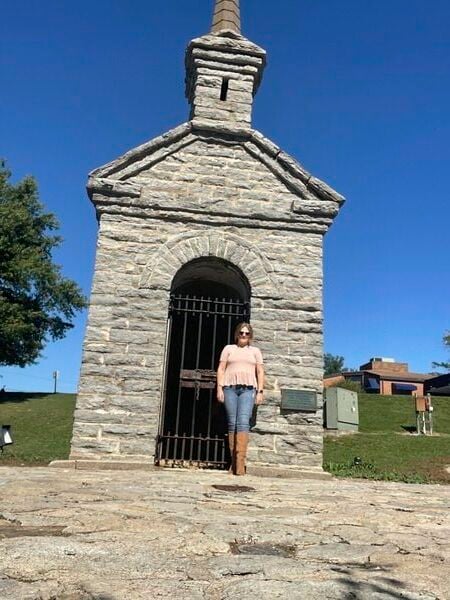 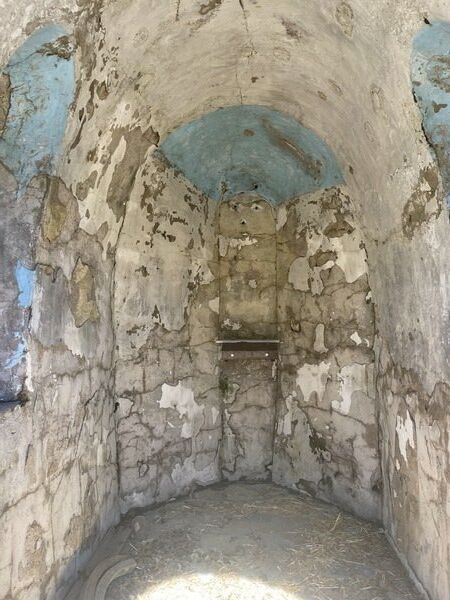 The inside of the world's smallest church. 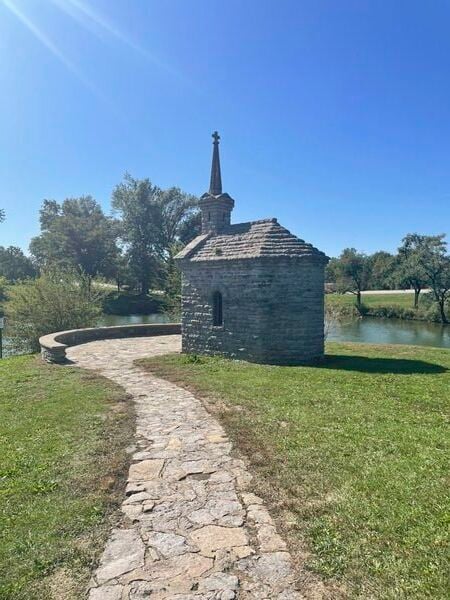 The Monte Casino Church is named the smallest church in the world by Ripley's Believe It or Not in 1922. It is six by nine feet.

The inside of the world's smallest church.

The Monte Casino Church is named the smallest church in the world by Ripley's Believe It or Not in 1922. It is six by nine feet.

"Be faithful in small things because it is in them that your strength lies." — Mother Teresa

This is the quote listed underneath item number 85 on the Kentucky Bucket List, written by Michael Crisp which includes 100 experiences in the state. This experience was to visit the world's smallest church which I completed on Sunday, Oct. 17.

The "church" is located in Crestview Hills, Kentucky up north and is called the Monte Casino Chapel.

Monte Casino Chapel was built in 1878 by two Benedictine monks who were members of the Monte Casino Monastery, according to Thomas More University website, where the chapel is now located. Before this, the Chapel was nestled among the fields of grapes for 43 years before Villa Madonna College opened its doors to students.

The chapel was built to provide a quiet place for prayer and meditation. The website stated, located in the beautiful vineyards the monks worked to make altar and table wines, the chapel was made of fieldstone and measured just six-feet by nine-feet with several small stained glass windows. It was dedicated to Mary, the Mother of Jesus, under the title the “Sorrowful Mother” with a statue of Mary holding the body of Jesus (the Pieta) as the centerpiece.

While the structure may be small in stature, the interior walls measuring only 8 feet high, it more than makes up for its size in history. The Chapel achieved world-wide fame in 1922 when Robert Ripley of Ripley's Believe It or Not proclaimed it the "smallest church in the world."

According to the University, the chapel was built in 1878 by Benedictine Father Otto Kopf and Brother Albert Soltis, a German-born mason, for the Monte Casino Monastery in the hills of South Covington. The self-sustaining 78-acre Monastery, named after its sister monastery in Italy, was started in 1877 by the Benedictine Brothers of Latrobe, Pennsylvania. To support themselves, the monks operated vineyards for sacramental and commercial wine production. The Chapel was built as a quiet place to retreat from the labors of the day; to reflect and pray.

When prohibition was established in 1920, it banned the distribution of wine to other states, leaving the monks with no means to support themselves, so they returned to Pennsylvania.

"For the next 45 years, the Chapel remained abandoned on the hillside in Covington until local historian, Chester F. Geaslen, began writing articles in the newspaper seeking its rightful owner. Over the years, the abandoned Chapel was stripped of its stained glass windows, door and even the steeple. Geaslen believed something had to be done to save the historical structure and return it to its proper state. In one of his newspaper articles Gleasen described the condition of the abandoned Chapel," the university said.

"Pillaged of all that could be carried away, even the little stone steeple with its hand chiseled cross. Blackened, is its stone arched interior from smoke and ash, as fires have been kindled on the stone floor where the little altar once stood."

In 1964, the owner of the property was finally discovered through the city's tax records and belonged to a local plumber, Fred Riedinger, who purchased the land and chapel in 1957 from St. Vincent Abbey in Latrobe, Pennsylvania, but later sold the land to a subdivision contractor. New streets and subdivisions replaced what once housed fields of grapes. In the center of all this new residential development stood a medieval stone chapel, which looked quite out of place.

The college stated the chapel was still owned by Riedinger, who decided to preserve it in memory of his mother, Alma Riedinger. Immediately, Riedinger received requests from organizations who wanted to give the chapel a home. Villa Madonna College, now Thomas More College, was chosen as the home for the chapel.

The next steps were to figure out how to move the structure as well as how to pay for the move and its restoration.

The Bishop of the Diocese of Covington and the Knights of Columbus agreed to underwrite the move and preservation, while local builder Matth. Toebben, donated his services to move the historic chapel, according to Thomas More. As word of the Chapel circulated throughout the community, the items once removed from the building, such as the steeple and crucifix, were returned.

On April 7, 1965, the tiny chapel was loaded onto a flat bed truck and moved six miles along Dixie Highway to its new home in Crestview Hills, Kentucky next to a US Bank where it sits today. Transportation took eight hours, because the chapel weighed over 50 tons and was so tall someone needed to ride on the roof of the truck to manually lift the utility lines along the way for the chapel to get through.

Once secure in its new home on the campus of Villa Madonna/Thomas More College, the Chapel underwent more restoration including reattaching stolen items as well as work on the chapel's inside.

In September of 1971, the new location of the chapel was dedicated, giving it official recognition by the Catholic Church.

This bucket list was a quick and easy one. I did not plan to do it when I made my way up north, but decided to after it was coincidentally right down the road from another location I had been visiting.

While the church remains on the college campus, I personally believe it could use some more updates both to the structure, as well as with signage for historical significance.

Other than one sign for the dedication and credit to Riedinger, there is no state signage, or even a local historical society marker. In addition, there is only a small pathway which doesn't connect to any parking lot. The site is certainly not ADA accessible. It was easy to locate in terms of placement, but getting to the church to view it closer was hard. I actually had to park in the bank parking lot and carefully walk down a hill to find it.

I would really hope to see more here for others to learn about its history. Once you looked around the structure, there really was not a whole lot to "experience." I had to do some digging online to find information about it, since as I stated above, there was nothing to really tell what the structure was.

It was still a really interesting sight to see, and something I got to learn more about. Plus, there is nothing better than the unforeseen opportunity to cross another item off the list!

Despite what has felt like constant traveling and making plans to complete some of these tasks, I really still have a long way to go for the Kentucky Bucket List. I have completed 33 items so far, with 67 to go! Stay tuned.