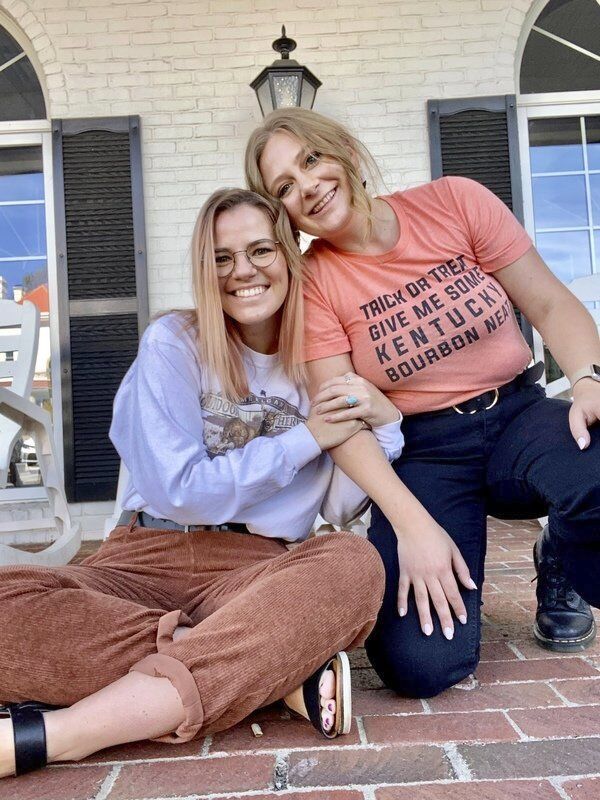 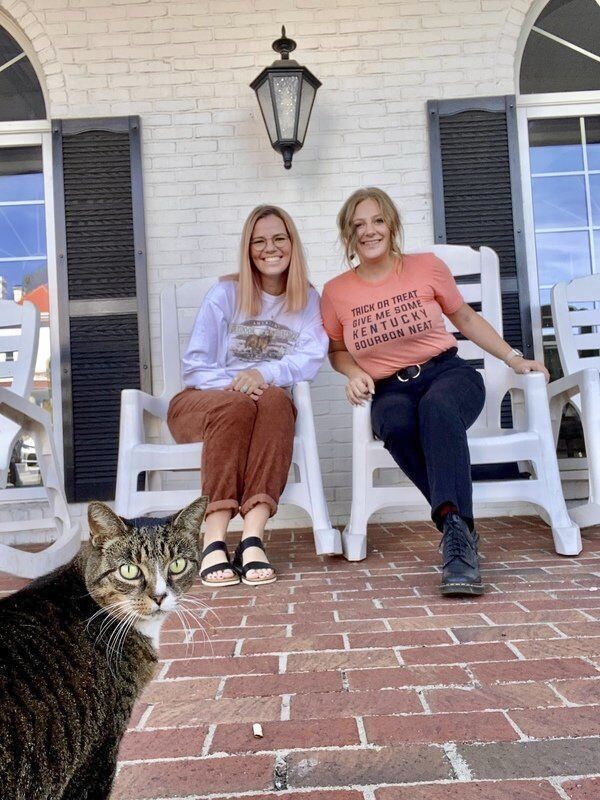 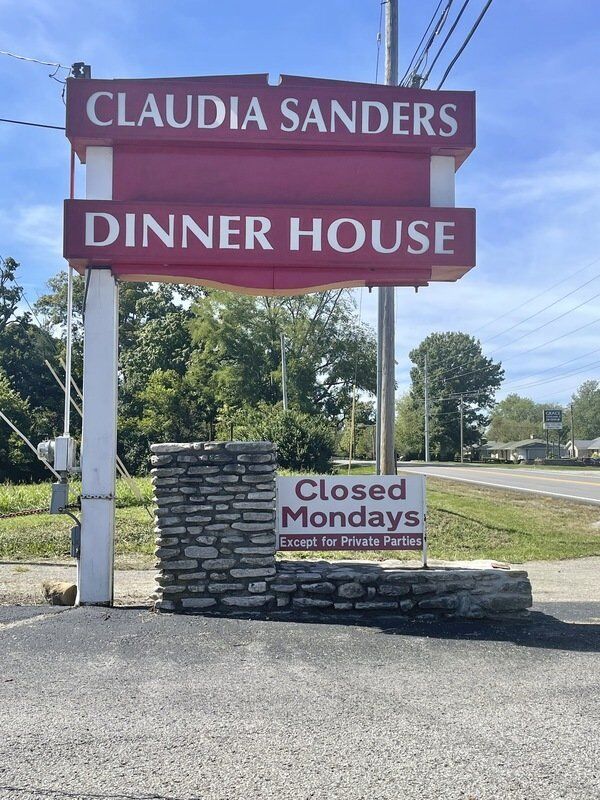 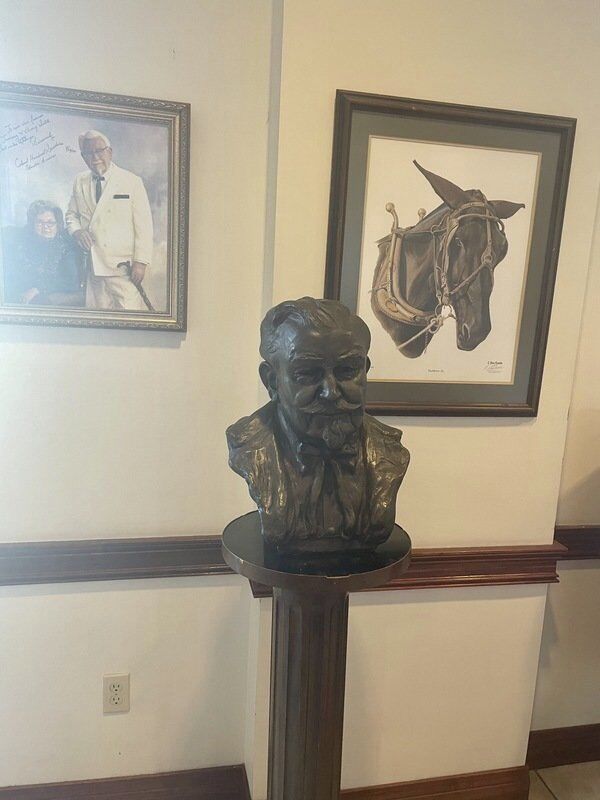 "Don't be against things so much as for things." -- Colonel Harland Sanders

This is the quote listed underneath item number 18 on the Kentucky Bucket List, a book filled with 100 experiences in the commonwealth written by Michael Crisp.

This task was to eat fried chicken at the Claudia Sanders Dinner House in Shelbyville, Kentucky. Loving fried chicken and all food in general, I was really excited for some history behind the secret blend of 11 herbs and spices which originated in the state.

Prior to meeting his wife, Colonel Harland Sanders began his journey with southern cooking at a small gas station he opened in Corbin, Kentucky in 1930. However, according to history.com, at that time fried chicken was not on the menu because it took too long to prepare. His country ham and steak dinners proved so popular, however, he soon opened Sanders' Café across the street and began to serve chicken fried in an iron skillet.

According to a 1997 New York Times article, this is where he met the future Mrs. Sanders, Claudia, who was a waitress there. They would marry in 1948.

In 1935, Sanders would be dubbed a Kentucky 'Colonel' by then Governor Ruby Laffoon, for his "contribution to the state's cuisine." Four years later, he would perfect the blends of 11 herbs and spices.

For 20 years following the perfection of his recipe, Sanders would franchise, trade and incorporate the busines in 1959, he and Claudia purchased Blackwood Hall on U.S. 60 to be Kentucky Fried Chicken's corporate headquarters. This building still stands on the property today, and was the base for what would become a world-wide organization.

By 1964, KFC had more than 600 restaurants and was sold to a group of investors, including John Y. Brown, Jr., who later became governor of Kentucky.

Just four years later in 1968, Sanders and Claudia opened Claudia Sanders Dinner House, originally called The Colonel's Lady, in Shelbyville. This building burned to the ground the day after Mother's Day in May 1999 and rebuilt to what now remains on the property and still serves southern, country cooking to this day.

Despite their success, Harland Sanders and his business were at the center of some controversy.

According to Josh Ozersky's book "Colonel Sanders and the American Dream," Sanders wounded another rival in a deadly shootout after the rival threatened to paint over Sanders' advertisements on barns.

When he was told this for a second time, Sanders arrived with two Shell Gas Station executives to face the man who then shot and killed one of Sanders' colleagues. Sanders returned fire to the man, shooting him in the shoulder.

In addition to this scandal, Sanders actually sued the company he created for $122 million after he sold it in 1964.

According to history.com, after food conglomerate Heublein purchased the company in 1971, Sanders began to degrade the chain's food and executives. Although still the public face of the company, Sanders so disliked Kentucky Fried Chicken's food he developed plans to franchise "The Colonel's Lady Dinner House" restaurant (now the Claudia Sanders Dinner House)--as a competitor.

When Heublein threatened to block the plan, Sanders sued for $122 million. The two sides settled out of court, and the colonel received $1 million as well as a chance to give a cooking lesson to Heublein executives in return for his promise to stop criticizing Kentucky Fried Chicken's food.

I traveled to Shelbyville on Sunday and met up with my longtime friend, Brenna. She recently purchased a home in the area, and we were anxious to catch up. I grew up with Brenna, who lived right down the street from my house and we would often share adventures building forts, as partners in class, and countless sleepovers.

When I asked her if she wanted to accompany me to the dinner house, she obliged. It was a beautiful day and the building was gorgeous in stature from the outside. I had heard really great things, and was excited for a bucket list item that included eating fried chicken.

All in all it was a decent experience to dine there. We were seated and served promptly with delicious rolls and some water. Since it was Sunday, it was a buffet style meal with silver chaffers in the distance.

After shamelessly scarfing down rolls, we went to the serving line which had all the southern favorites -- creamed corn and spinach, lima beans, green beans, mashed potatoes, white gravy, fried apples, mac and cheese and of course, fried chicken.

We filled our plates to the brim and sat back at our table where we reminisced on middle and high school times. We also looked up a lot of history about the couple, the restaurant and its history from our phones and chatted over our findings. The facility itself is a big dining hall with wooden chairs and tables scattered around a room with a fireplace at its front and center. Atop the mantle sits a photo of Harland Sanders, and his wife, Claudia. The photo was also signed by the couple.

All in all, it was a great day with a great friend thinking of good times passed. The meal was expensive ($22.50 a plate to be exact) but it was surely an experience worth having -- and sharing with the best company. For more information about Claudia Sanders Dinner House, visit americanrestaurantshelbyville.com/about.

Editor's note: This column is an ongoing series inspired by the Kentucky Bucket List book written by Michael Crisp. You can purchase the book online at Amazon.