There was a time not too long ago, when people talked about Ohio State football, they talked about the fiery and eccentric coach Woody Hayes.

Hayes was a man notorious for his contempt for Michigan, and anything that had to do with the state. According to legend, one night on a recruiting trip in Michigan, an assistant detected the car was going to run out of gas. He let Woody know, who was dozing in the passenger seat, that he had to pull over for gas.

“No! We do not pull over and fill-up. and I’ll tell you exactly why we don’t. It’s because I don’t buy one drop of gas in the state of Michigan!”

Hayes wore short-sleeve shirts at cold weather games, because as one writer suggested, “He was at odds even with nature.”

Eccentric or not, Ohio State football was as close to a professional team as a college squad can ever get.

There also was a time, before school consolidations, when football wasn’t played in small schools. Baseball, basketball and occasionally track, were the only sports available to athletes of the villages.

In 1965, with this background in mind, my friend, Billy Anders, a boy from a neighboring farming town who never played a football game in his life, knocked on the big, wooden door of Ohio State coach Woody Hayes’ office, and told Woody he would like to try out for the Buckeye football team.

“I remember Woody smiling at me as he said, “Sure, son. That’ll be fine. Be on the field tomorrow afternoon at 2 o’clock,” Anders recalled.

Billy said he walked into the locker room before practice and picked up his uniform. There was a problem, however. He had never worn a football uniform before. He did not know how to put it on.

Every player in the locker room had been a superstar in high school. Where most were quick, Billy was slow. But what he lacked in quickness, Billy more than made up for with his toughness and the steadiness of his exceptional hands.

Billy said there were three reasons he walked into Woody’s office that bright spring afternoon and made the team.

“The first reason was ignorance. For some odd reason, I just thought Woody would give me a chance,” Billy said.

The second reason was he suspected Woody knew Ohio State would struggle that year and understood the reporters would invariably chatter about Billy not playing high school football. “Woody knew the reporters would focus on my lack of experience instead of the losing, which took the heat off the coach.”

“What was the third reason, Billy?”

For the first time in the conversation, Billy grew serious.

“My sister died, and her death tore our family apart. My mother blamed my dad for my sister’s death. They were mad at each other all the time. In fact, things got so bad, they were going to get a divorce after many years of marriage,” Billy said.

“The third reason I made the Ohio State Buckeyes football team was because of God,” Billy said.

“I went home one Friday afternoon and told my parents that I was going to play football for Ohio State the following weekend and was starting as tight end. At first, my dad thought I was kidding. Then, I pulled out my scarlet and gray uniform with the enormous number 81 on the back, and I heard my dad gasp,” Billy said.

Billy said the family sat down for dinner in the kitchen, and for the first time since his sister had died, there was a peacefulness creeping into the conversation. He noticed the edges in the voices of his parents were softening and their tone was more subdued.

“Your mother and I want you to know we are proud of you,” Billy’s dad whispered. “We will attend every one of your games.

Billy starred at Ohio State, where he stills holds several receiving records. He even signed with the Cincinnati Bengals after college. One afternoon, Paul Brown called Billy over and told him, “I think you are too slow to play pro ball, but I can’t cut you.”

“Why not?” Billy asked the legendary coach.

“Look up in the stands. There are 600 people from your hometown cheering for you. They would hang me before I got out of town if I cut you,” Brown said with a laugh.

Billy’s pro career didn’t last long. But he said that he always believed that God had a plan and had used him, football, and Ohio State to keep his family together.

“I will take the love of my family over a touchdown anytime,” he said, as he unfolded his jersey and tucked it away.

Billy Ray Anders learned last week he will be entering The Ohio State Athletics Hall of Fame this September in Columbus, Ohio. 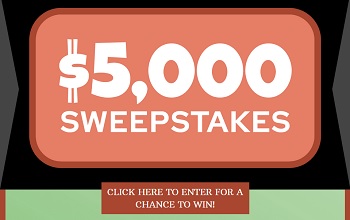