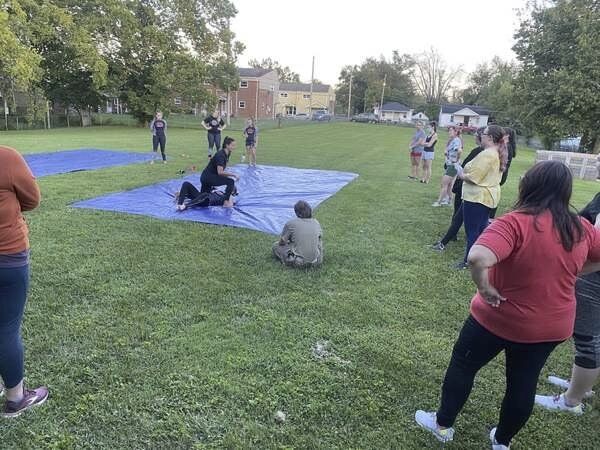 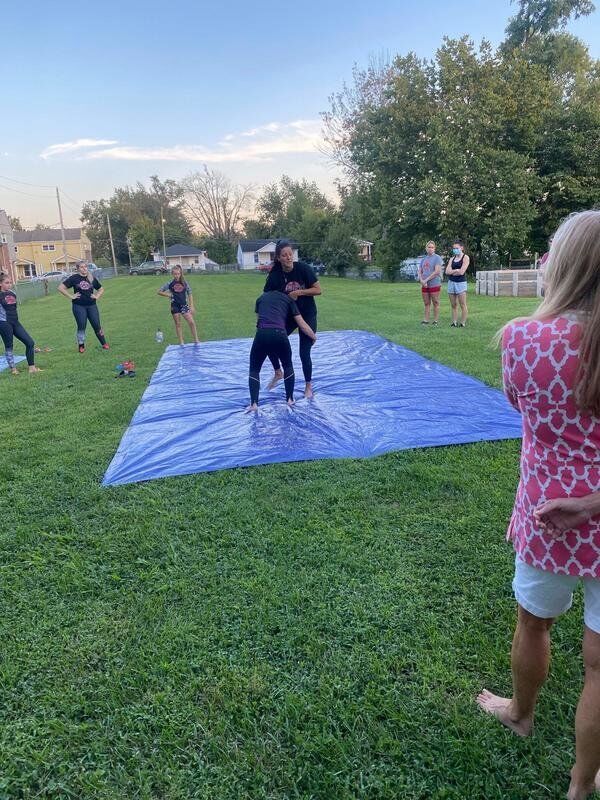 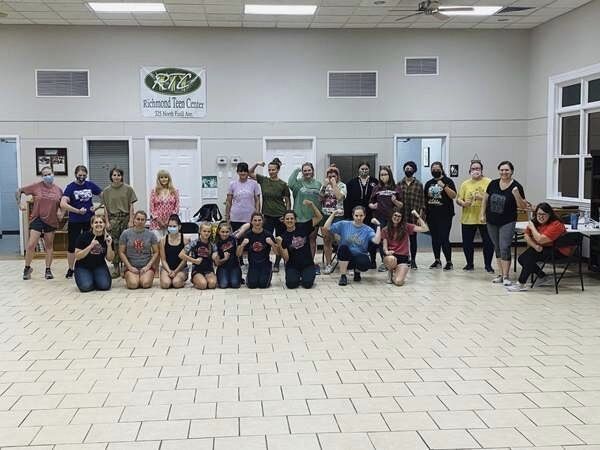 The self defense class was the first in the new Women's Wilderness Series hosted by the Richmond Outdoor Committee and the Richmond Parks Department.

The self defense class was the first in the new Women's Wilderness Series hosted by the Richmond Outdoor Committee and the Richmond Parks Department.

Women of all ages gathered at the Richmond Teen Center on Thursday evening for one common purpose -- to learn self-defense.

Nearly 25 women arrived at the center to learn basics of self-defense in efforts to better protect themselves should a potentially dangerous encounter present itself.

The class was led by Gina Elliott, owner and instructor of the AFS Academy of Martial Arts and Fitness. In addition to being a professional boxer, MMA fighter and professional grappler/Jiu Jitsu competitor, Elliott is also a 10PJJ Brown Belt, Muay Thai Apprentice Instructor (Black Prajiet) and DDP Yoga Certified Instructor. Elliott also has a bachelor's in science in physical fitness training. In addition to Elliott, she was accompanied by some of her facility's best competitors including Linda Mihalec, another professional mixed martial arts fighter.

She led the class talking with women about self-defense, and showing them several beginner moves which could help them should they need to use them.

Before the demonstrated and had those in attendance practice the moves, she shared advice she thought prevalent to any person defending themselves.

One piece of advice she gave, was for women to not put themselves in a situation which could lead to potential danger. She said to always tell someone where you are going, how long you will be gone, and when to expect your return.

"The biggest piece of advice is to trust your gut," she said. "A lot of times, as women, we may know something isn't right or seems off, but we don't want to seem rude, so we don't want to say, 'No' to what someone may be asking and that can lead to a bad situation."

Then, she demonstrated a sequence of moves to use on a predator inside the center including kicks, blocks, and defense moves.

Women could be seen kicking pads, and safely practicing moves on their partners. Once some of the basics were grasped, women headed outside onto two tarps in the ground, and practiced ground techniques that included moves to both hurt, and escape a potential attacker.

The class lasted nearly an hour and 30 minutes, with many lessons throughout. However, Elliott said if anything, there is only one piece she hopes those who attended the class remember.

"Fight for your life," she said. "Many of you may not remember anything we talk about here today, but remember this, fight with your all."

Lauren Kilburn, assistant program coordinator with Richmond Parks said she thought the event was a hit with those who showed up to participate.

"I think the self-defense class was a hit (Thursday) night - I thought Gina Elliott did a great job," she said. "Hopefully the participants can continue to practice the skills they learned and be able to use them if needed in the future. Self-defense is crucial because it helps to prepare you for unexpected situations."

Kilburn stated parks will be working on scheduling another class located at Irvine-McDowell Park.

This class was the beginning of the Women's Wilderness Series hosted by the Richmond Outdoor Committee as well as the Richmond Parks Department in efforts to help women of all ages gain confidence and the skills they need to engage in outdoor recreation such as camping, hiking, backpacking, etc.

The next event in the series will be wilderness safety basics on Sept. 22 at 6 p.m., taught by Dr. Kelly Watson of EKU's Division of Natural Areas. Following that event, an additional what to pack when hiking, backpacking, camping, etc. on Oct. 7th at 6 p.m., which will be taught by professor Sherry Jones of EKU's Department of Recreation and Park Administration. To put their knowledge to the test, a women's overnight camping trip will be hosted at Taylor Fork Ecological Area on Oct. 23. There is a $10 fee with dinner and breakfast provided.

Participants can register at signupgenius.com/go/10c0f4daaa723abf8ce9-womens1.

Any questions or to make payment for the camping trip they can call (859) 623-8753 or email lkilburn@richmond.ky.us. For upcoming outdoor programs and events those interested can visit richmond.ky.us/richmond-outdoor-committee.