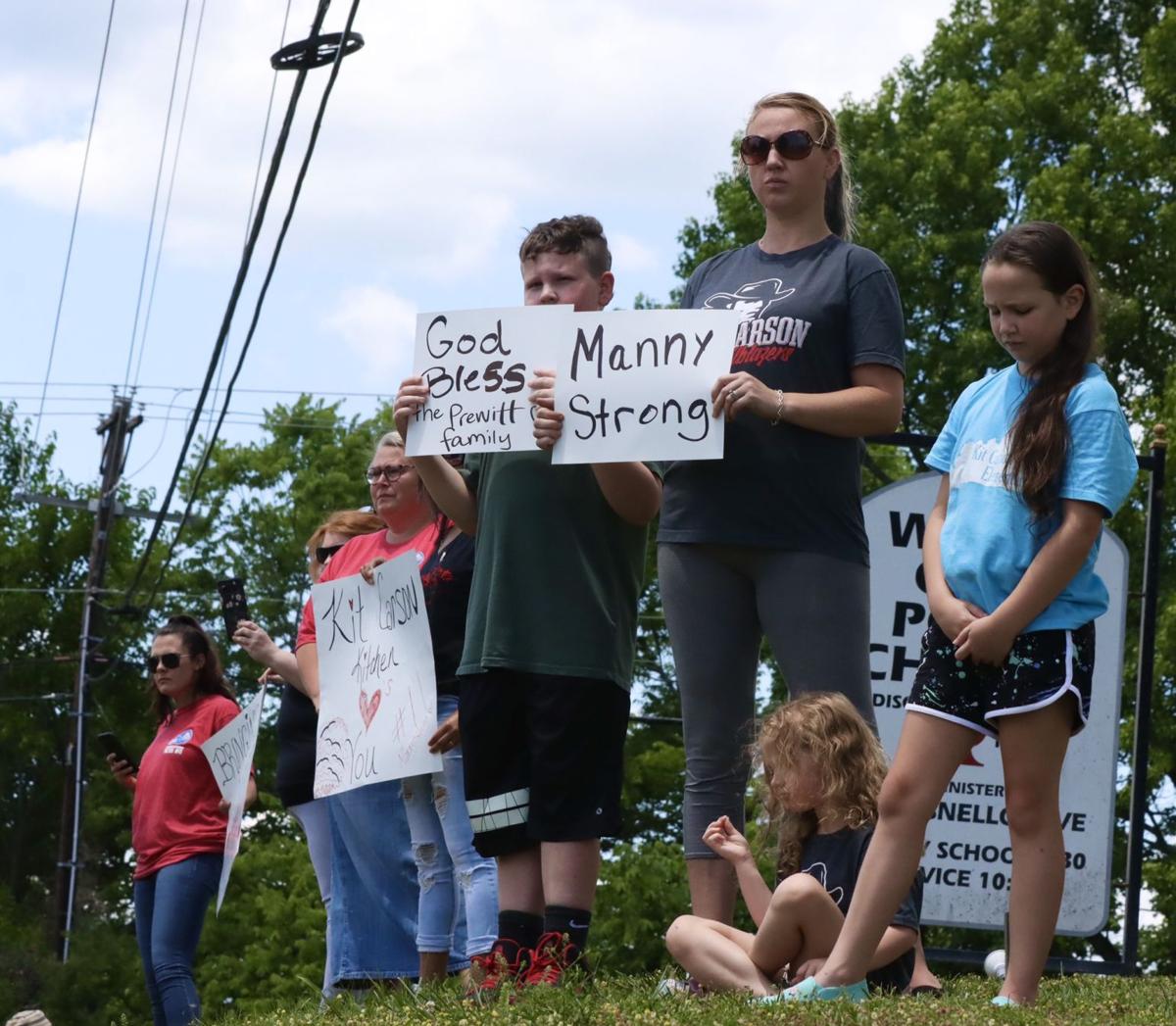 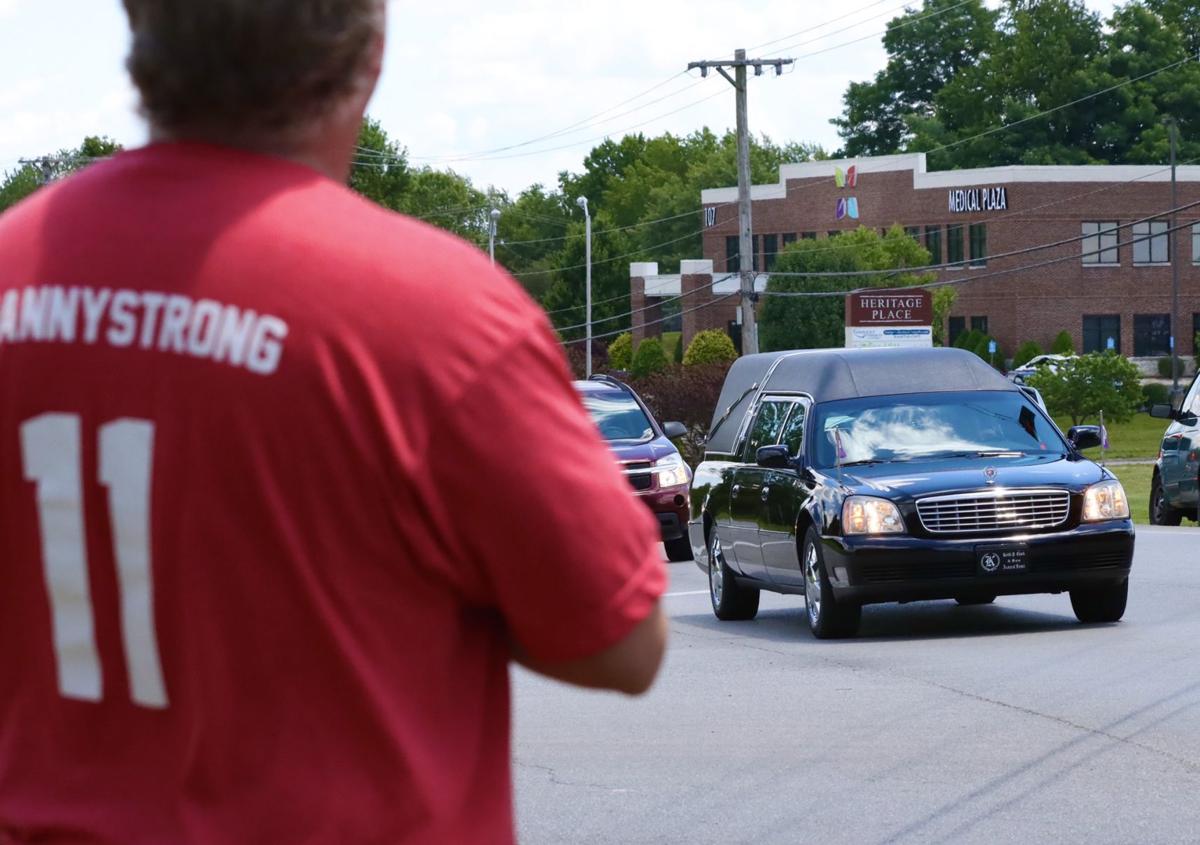 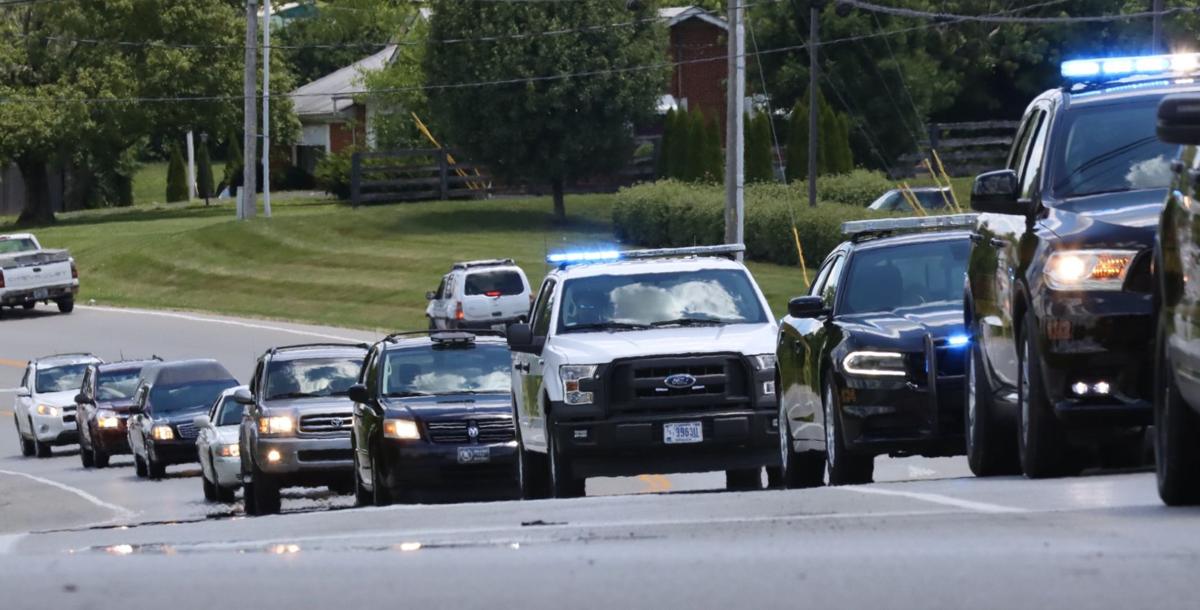 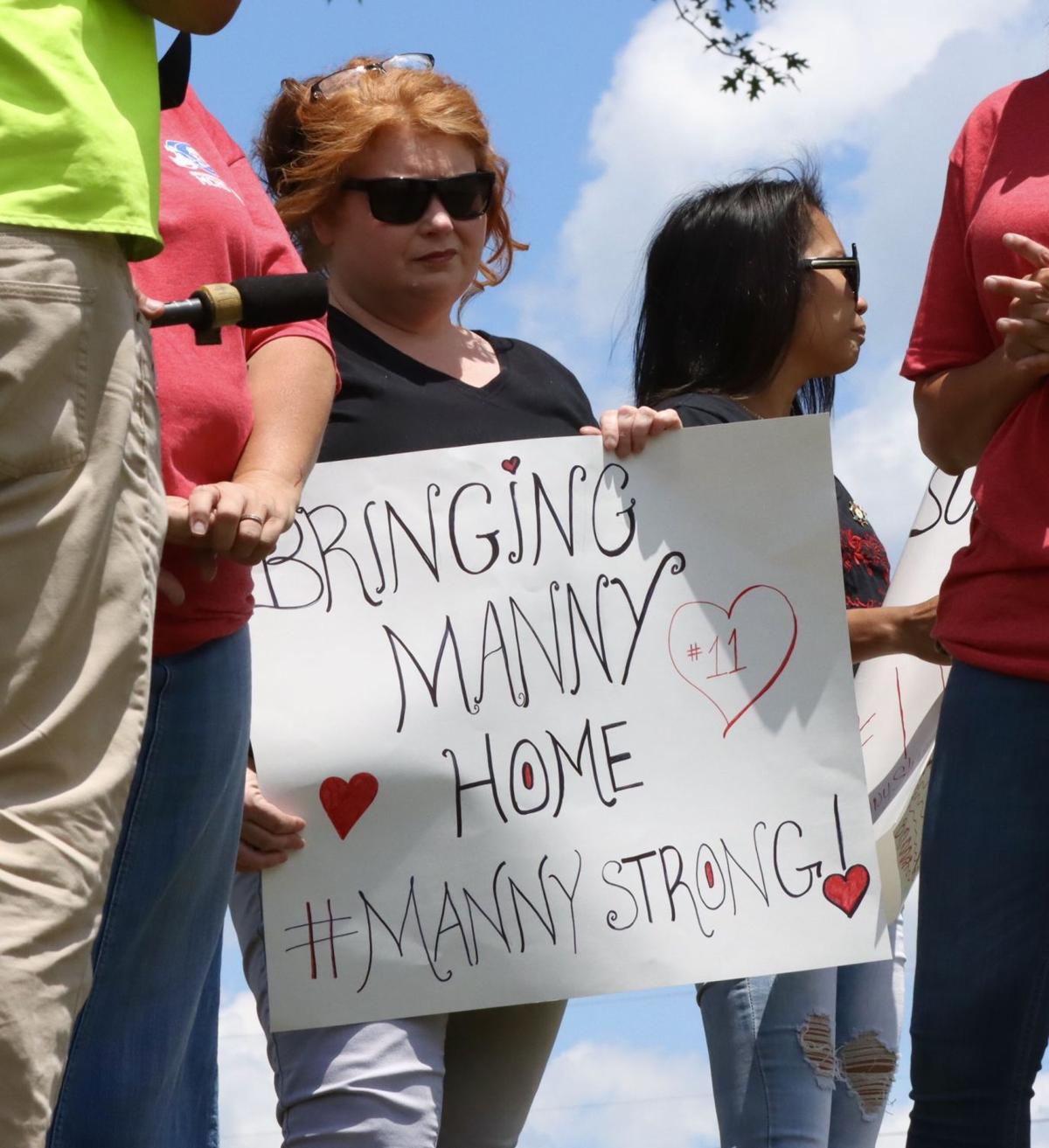 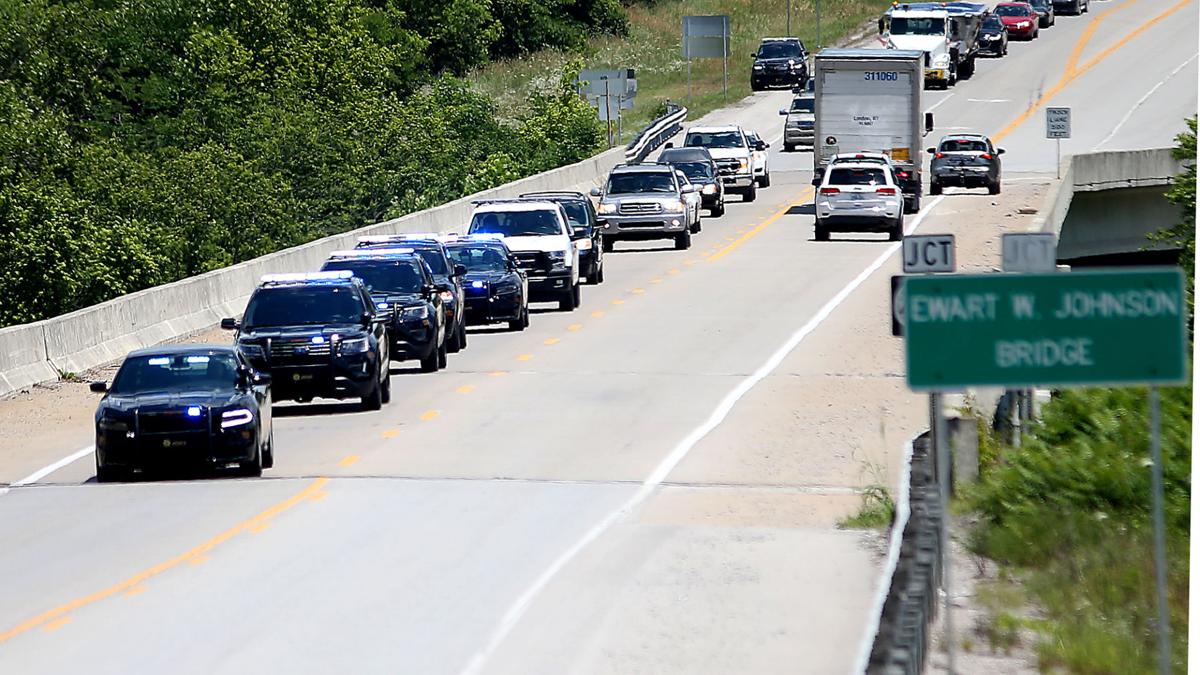 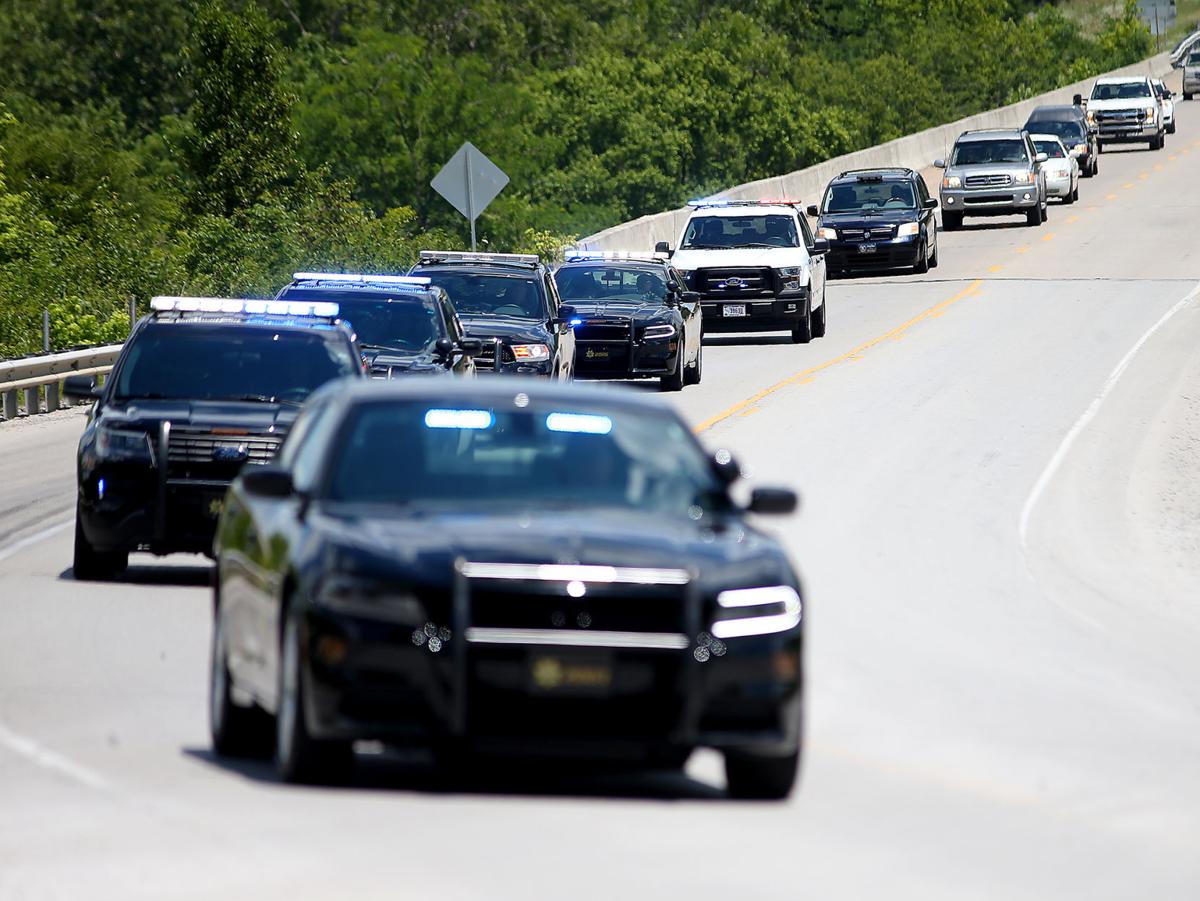 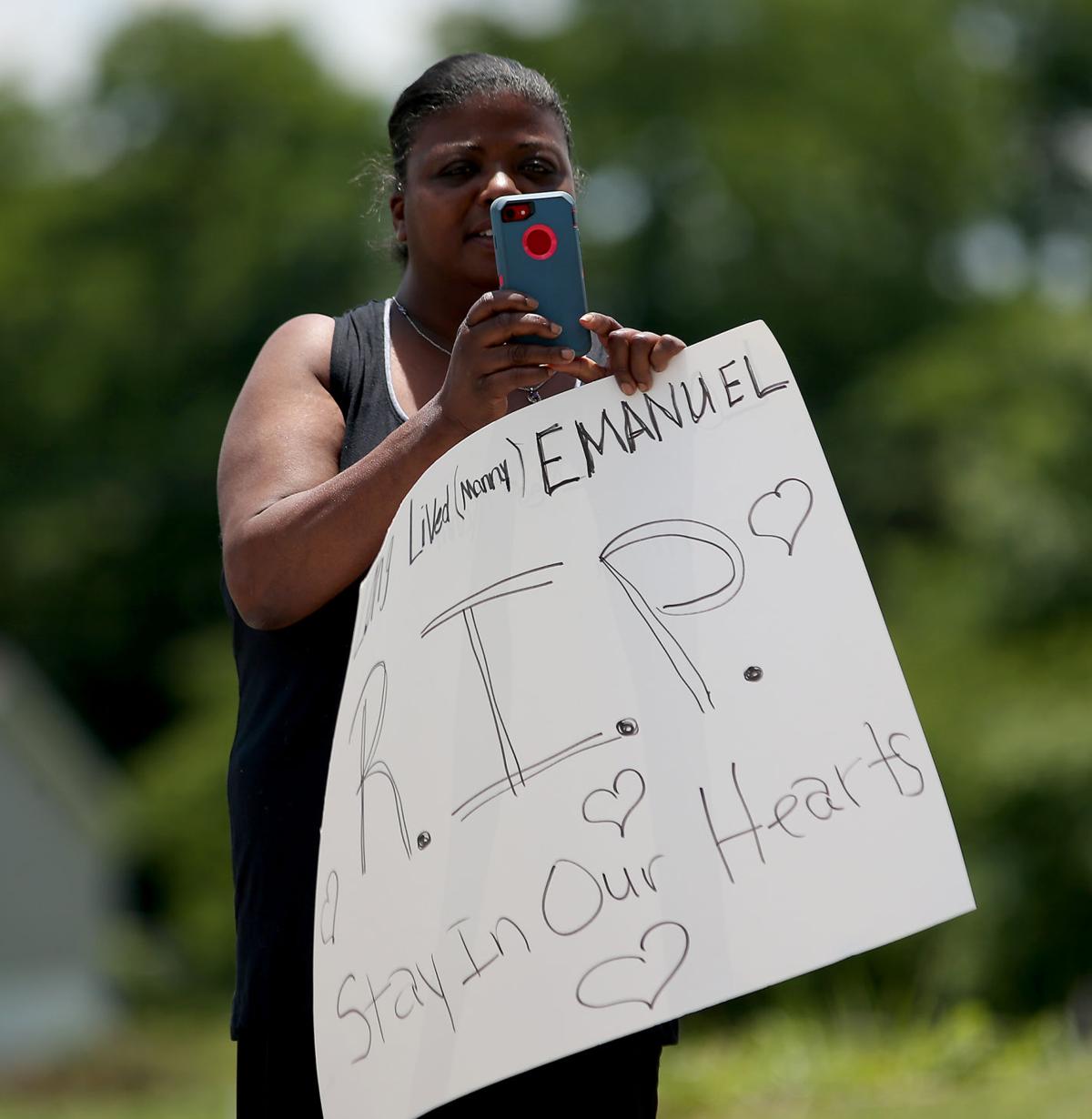 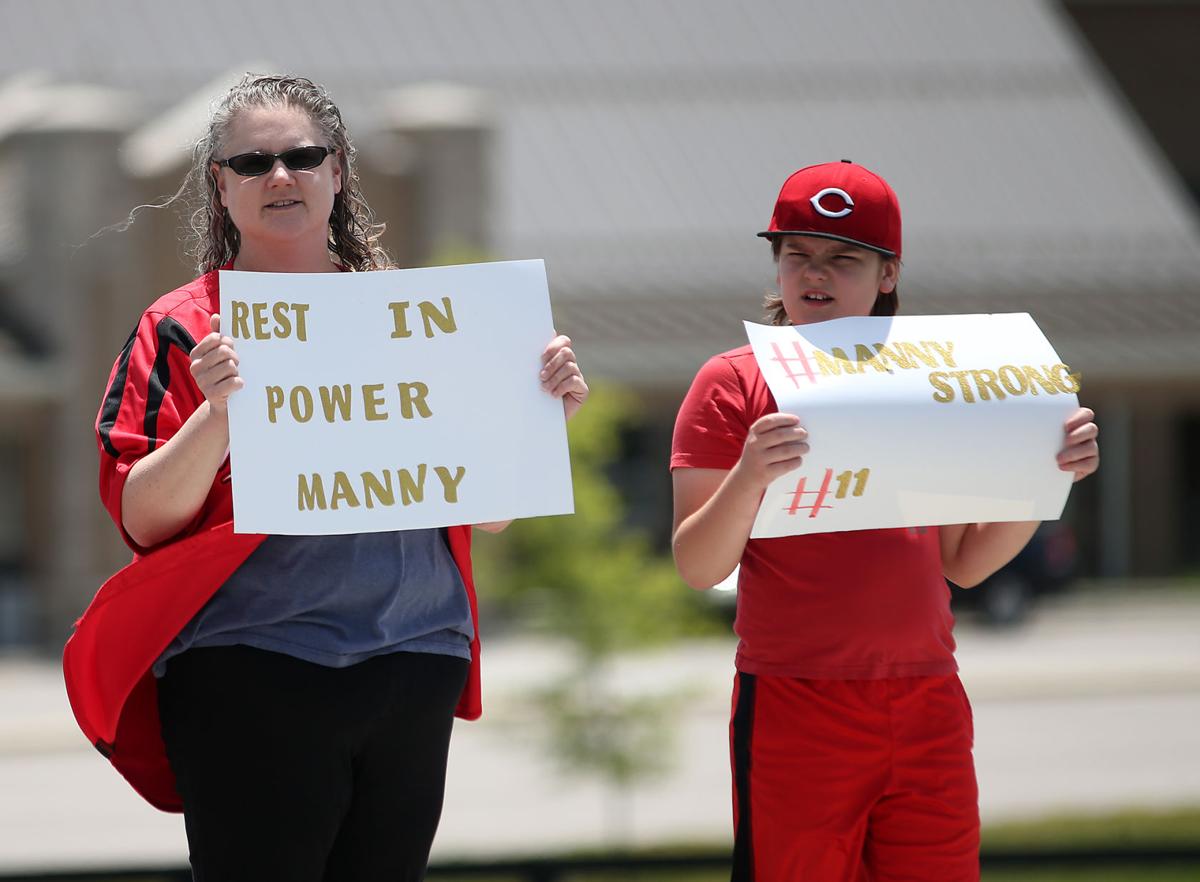 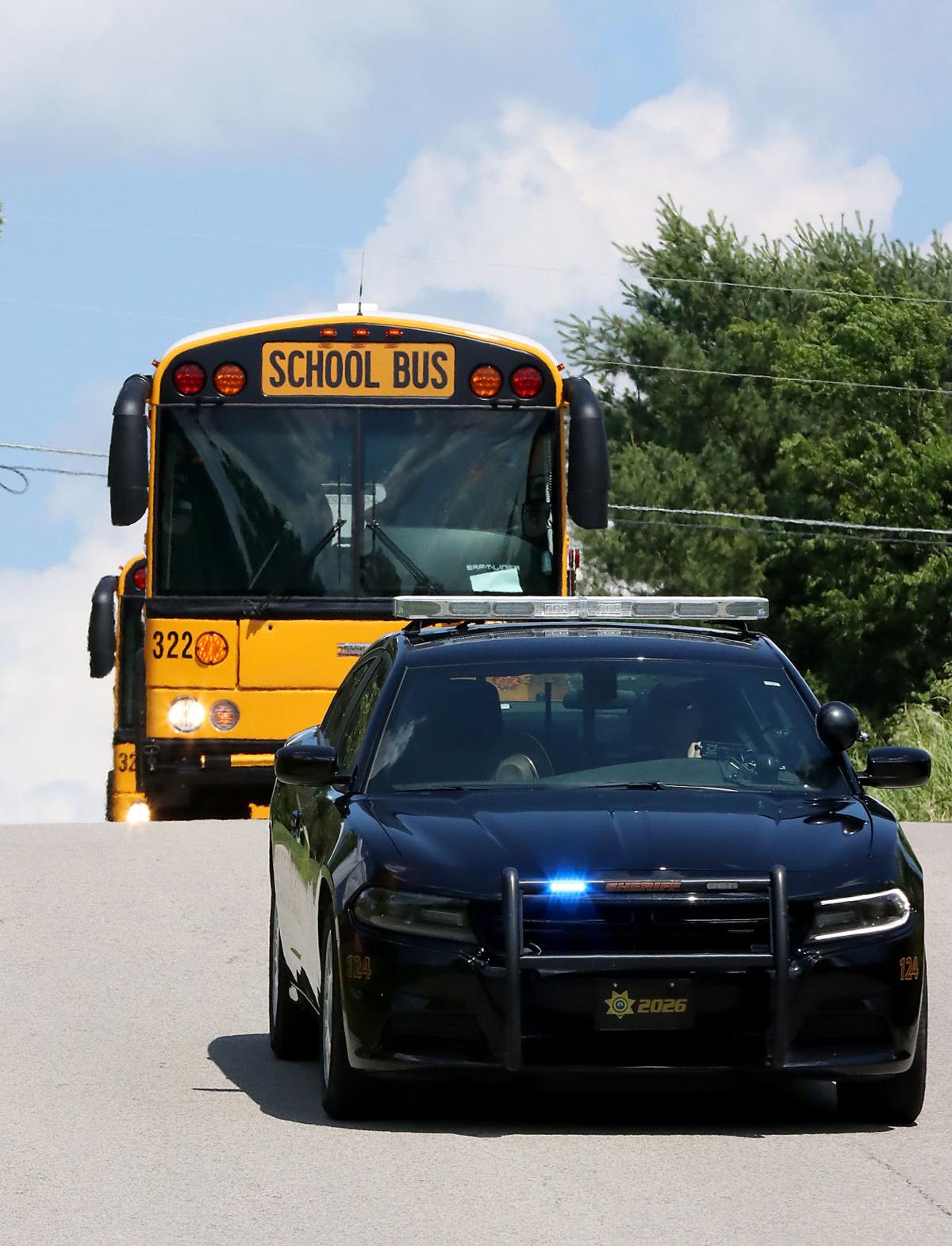 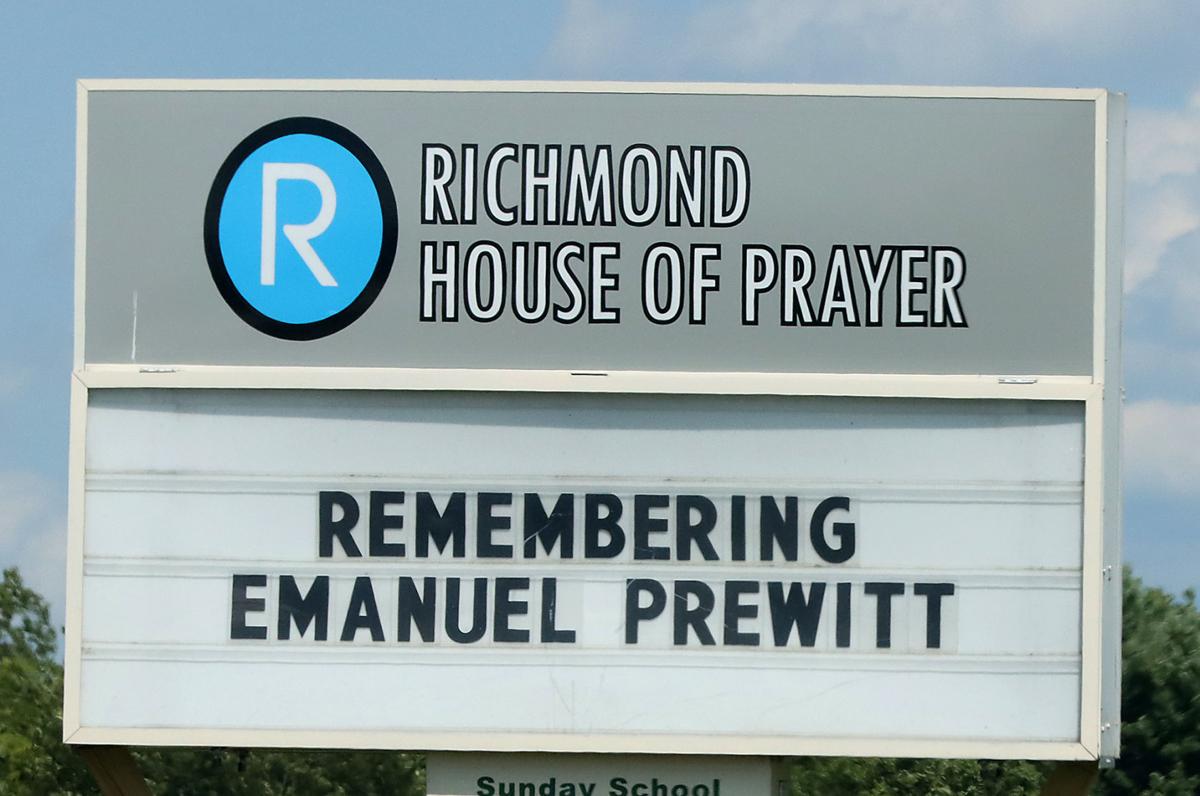 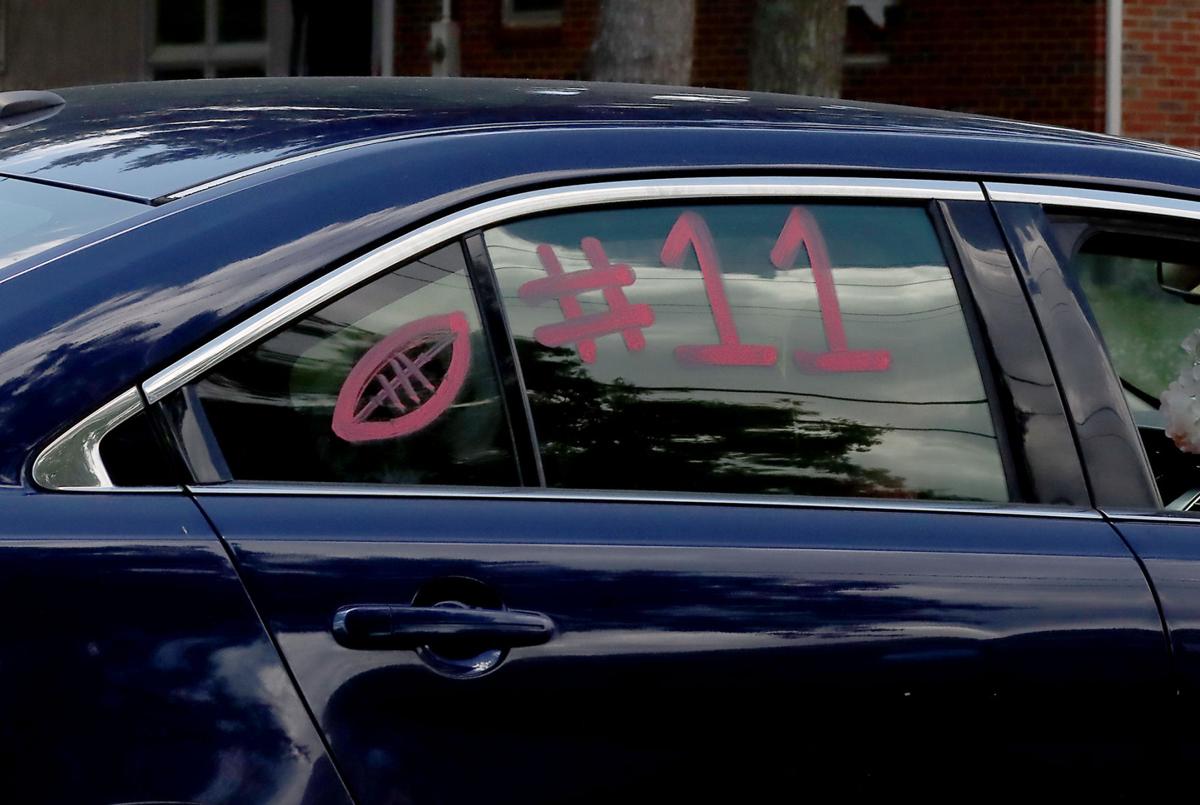 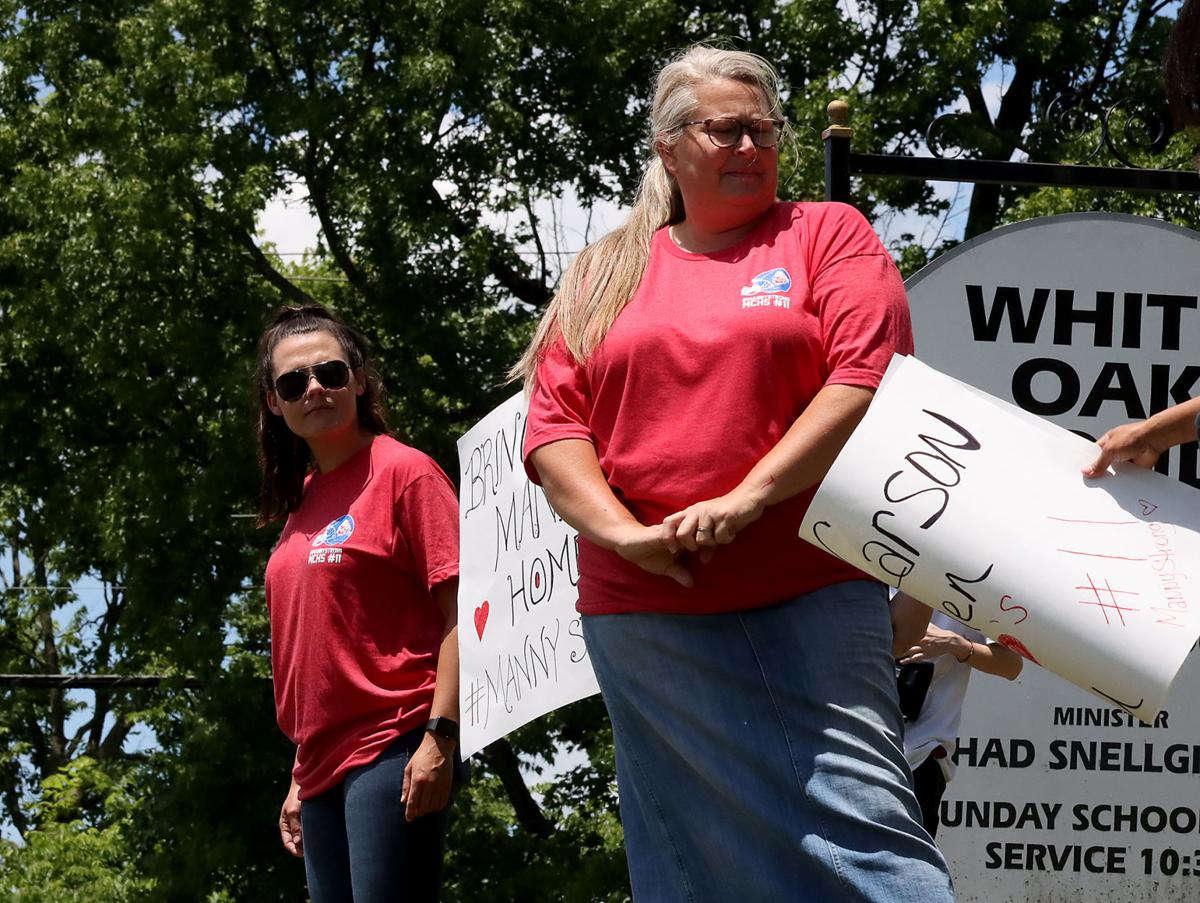 Emanuel "Manny" Prewitt went swimming with a group of friends on June 10 at Herrington Lake.

He went under the water.

It took search crews six days to retrieve his body.

The 17-year-old was brought from Keith P. Clark & Son's Funeral Home in Winchester to the Richmond House of Prayer.

The hearse was given a police escort from the Madison County line to the church, and hundreds of people lined the route, many holding signs, to pay tribute to the Madison Central football player and honor student.

"It's just a tragedy for our community. Such a young kid," said Tammy Long, who gathered with about 30 other people at the White Oak Pond Church to watch the procession and pay their respects.

Long works in the cafeteria at Kit Carson Elementary, along with Prewitt's grandmother, Shauneta.

Chastity Brewer also works with Long at the school.

She, like so many others, was wearing red in honor of Prewitt on Thursday afternoon.

"He came into our school and read to the children when he was there to see his grandmother," Brewer said. "He was a very respectful young man."

Brittany Gross saw Prewitt regularly around Madison Central, where she works in the school's cafe.

She was always impressed by the soft-spoken young man who always seemed to be smiling.

"He was just loved by everyone, and we just wanted to come out and support the Prewitt family," Gross said. "It's a loss to all of us."

There has been an overwhelming outpouring of support from the community for the Prewitt family in the past few weeks.

Several T-shirt designs with Prewitt's No. 11 and the hashtag #mannystrong have been printed. Many of those lining the roads of Madison County on Thursday were wearing them.

At the Boonesborough Bridge, local law enforcement officials turned on the lights of their cars and led a long procession of vehicles on the trip to Richmond.

The convoy traveled down I-75 to exit 87 and turned right onto Barnes Mill Road.

At many places along the path of the procession, groups of people were positioned to pay their respects.

"It was beautiful to see such a diverse group of people — young and old, Black and white — joining together for Emanuel's homecoming," Robyn Embry, a family friend, told our news partners at WKYT.

The family held a private visitation from 3 to 4 p.m. on Thursday.

The Central football team, which arrived in four buses, come into the church later that afternoon.

The funeral is set for 2 p.m. Friday.