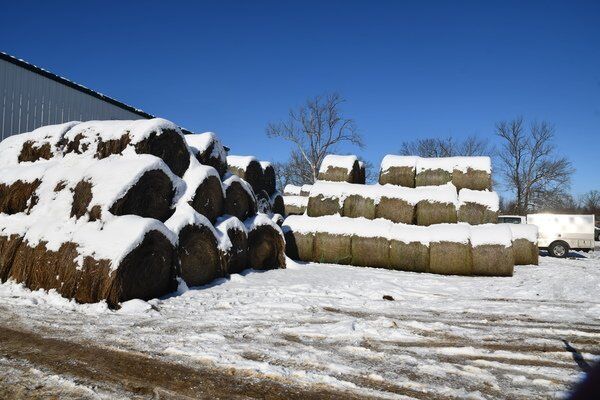 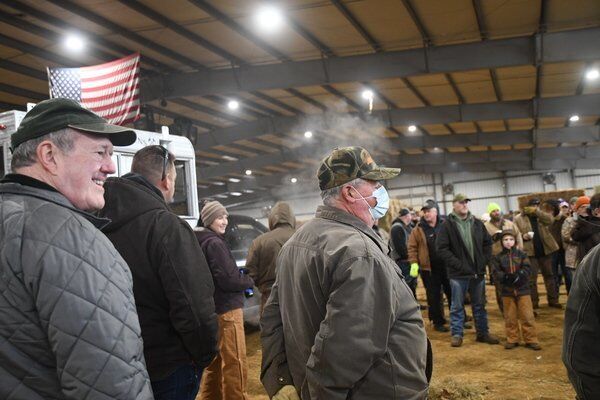 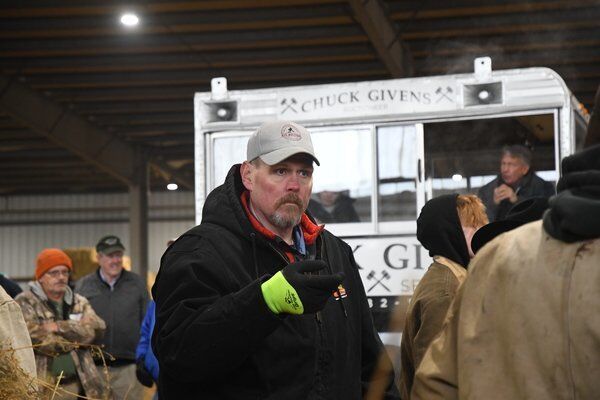 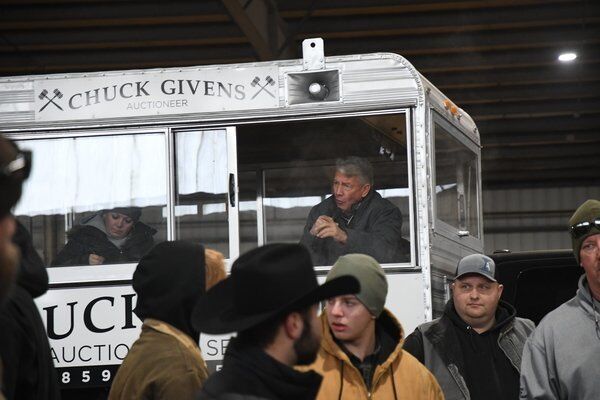 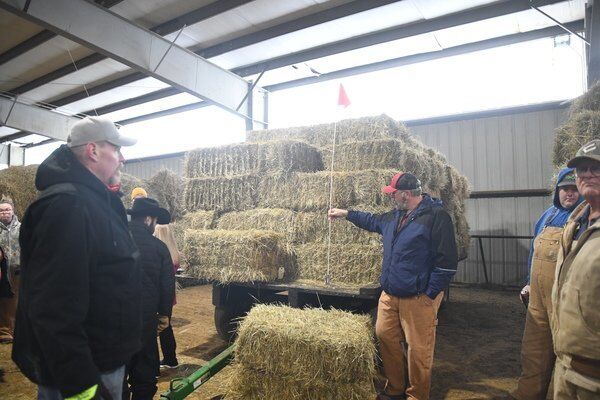 Madison Countians have had a small window of recovery in between a series of severe weather events in the past week which brought heavy rains, tornadoes, snow and ice.

Local farmers have been particularly affected by the adverse weather according to Brandon Sears, agriculture agent with the Madison County Extension Office.

“It has been more of a challenging time than usual because of the rapid succession (the weather) happened. There is not much recovery time with those events the way things have hit so quickly one after the other,” he said.

Due to recent snow and ice, cattle and other livestock have had the inability to graze on natural vegetation.

This made Saturday’s hay auction essential for farmers so that they could procure a necessary food source for livestock.

As part of a partnership between the Madison County Extension Office and Madison County Fair Board — who owns the fairgrounds privately — they were able to host the 14th annual hay auction despite bad weather.

“(The inability for livestock to graze due to bad weather) was the main reason we went on with the sale, because it was very much needed, and the weather was detrimental for us and the crowd, but it was for the people that needed it,” Chuck Givens, president of the Fair Board and auctioneer along with Mike Isaacs, said. “It would be like if you were needing something at the hospital and they closed the doors the day before. We went on with the sale and weathered the weather and we do have an indoor facility which makes it awfully nice.”

However, the auction’s ability to continue was not without its own challenges due to the snow and ice which made travel dangerous and next to impossible.

Typically, the day before the hay auction, hay is tested by Sears, as well as an agriculturist with the state agriculture department to determine the hay’s quality which can influence the price.

Testing was canceled for Friday which Sears said was the first time this has happened.

This year, farmers relied on their senses to determine which hay to purchase. While at the auction, local farmers looked at the color of the hay, determined the smell of it, and the texture to deduce the quality.

In addition to the canceled testing, some farmers and suppliers were not able to bring their hay for sale because of road conditions according to Marty Sewell with the county fair board.

“The snowstorm I feel hurt us, because there was an abundance of hay coming in Wednesday, and then when the snow storm came in Thursday, the farmers couldn’t get to their barns to get their hay out and bring it out Thursday and Friday — Friday was the last day you could bring it in before the auction,” Sewell said.

Sewell said while the county road department did their best in clearing roads, he was sure some of the farmers were worried about getting their hay back home even after they purchased it.

However, Sears stated the auction garnished about two-thirds the quantity they did last year — which was a record year for the auction.

“With the weather coming up that some are predicting in the next 45 days, it looks like it is going to be important to have a good quality supply of hay on hand. I think part of what we saw too is that the last couple of years have been good hay years — knock on wood — good production years I will say,” Sears said. “There is a lot of hay that farmers have set aside and for the most part people are pretty good with hay as far as what they have on the farm. When the weather starts getting bad, it starts getting cold, snow on the ground, cold rain, it is more important than ever.”

In addition to the good amount of hay yielded at the auction, Sears, Sewell and Givens agree the market was good, as was turnout for both buyers and sellers on Saturday.

“The market was strong, it was very, very competitive and I would think over the years there have been highs and lows, but this year was a very steady market from top to bottom,” Givens said. “Not a lot of cheap, or high market but a high medium. The medium product was strong from start to finish. The last sale of the day was the highest on whether it was rolled hay, straw or square baled finished. It was really a good day for both suppliers and buyers.”

Sears said he feels it was a fair balance, and both buyer and sellers were reasonably pleased considering the year’s market.

“In years where we have had a shortage for whatever reason, some of the hay prices for a producer to pay that kind of money is really out of line for what ought to be normal. I think it was fairly even this time,” Sears said. “We had a lot of square bale hay, more than we probably had in a number of years, and the quality seemed to be good. The alfalfa hay really came in, and that sold really strong. Some rang in at about $8.50 a piece.”

Overall, this year’s auction was stated to be a good one in preparation for what is to come this winter.

It was a really good auction,” said Givens. “First of all it is a very good and best thing we do for the community — is the hay auction. It allows the farmers to have a place to sell the products if they have an over abundance or a really good crop. It gives him a place to go and all the people who are out here in January and need feed for their animals. It is an indoor place where you can go and enjoy the day and buy what you need for the year to finish out the year for next year.”

According to the fair board’s president, the Madison County Hay Auction is unparalleled in the state, and really a community service effort on behalf of the board, as well as the extension office.

“There is no one even close to us. The ones who do are not competitive with what we do. They all have a different marketing ideal than we do, and ours has been the most successful in the state, I can tell you,” he said. “The fair board makes very little off the sale in all truthfulness and it is more something we do for community service than we do for financial gain.”

With this year’s hay auction in the books, Sears said this year’s hay supply was a bright spot for farmers who will certainly face more challenges as the winter continues.

In thinking about that if that weather does come to fruition, Sears said farmers need to be checking their hay inventory if they need some and trying to get some. They also need to be testing the hay they have got so they know the quality, and if they need to supplement the hay, then they will know what feed to go out and buy.

The next step would be making sure they have got different, other types of grain on hand to feed. Then they are going to need to keep an eye on water for livestock whether it is a pond, a creek, or a fountain that is out in the field.

If they are calving, there are people who will start spring calving in February and that will add another layer of management that those particular farmers will need to look at with having areas they can bring cattle up close to the barn and being able to bring them into the barn if there are difficulties.

“It is looking potentially really challenging for that. I would encourage anybody who hasn’t to think ahead to go ahead and source seed, fertilizer, herbicides, and they need to be thinking strongly about that right now,” he said.