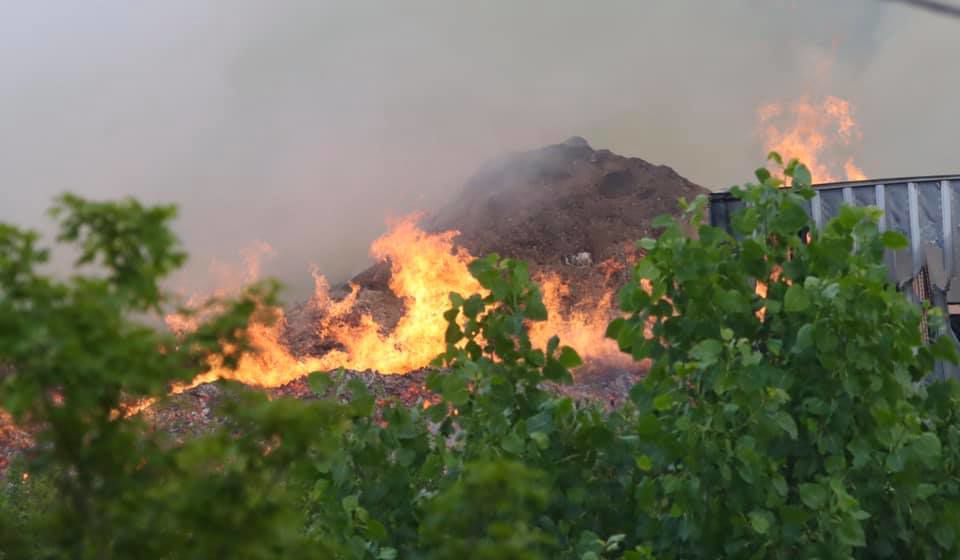 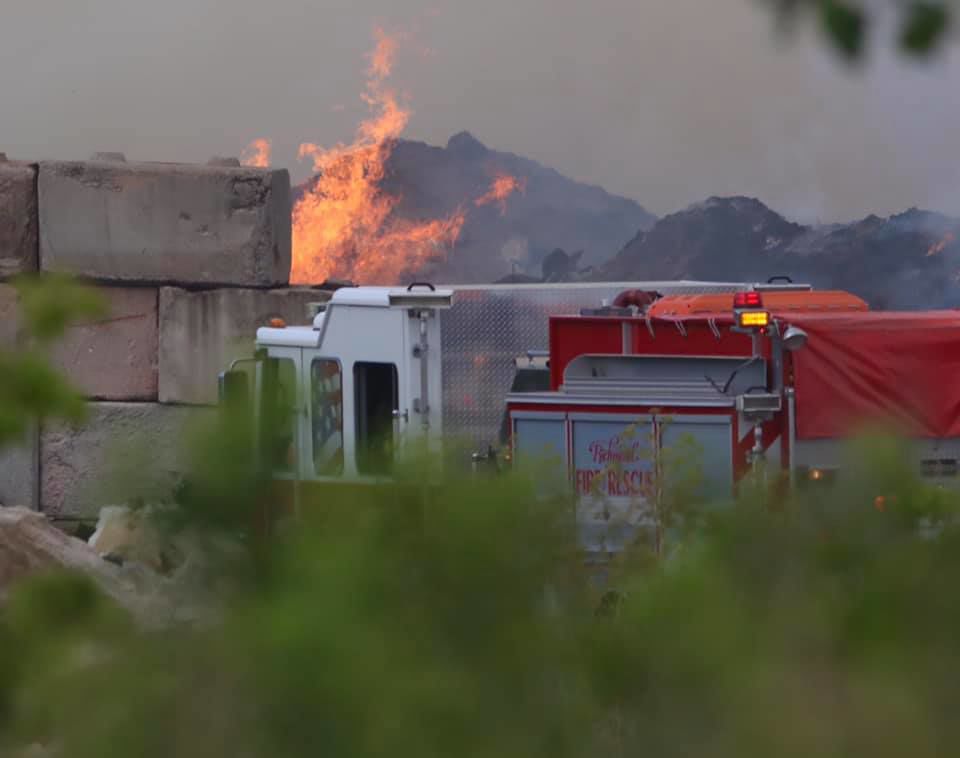 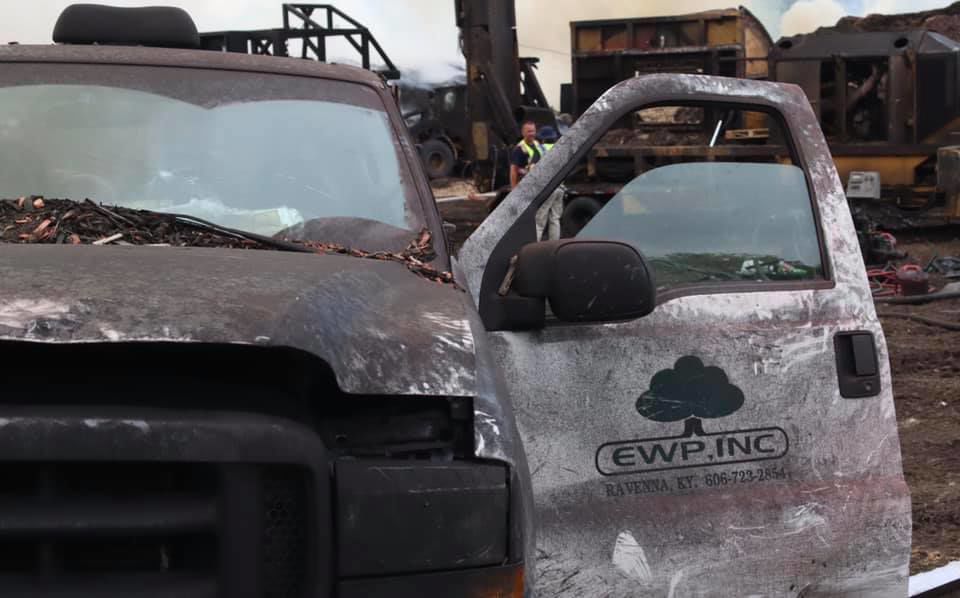 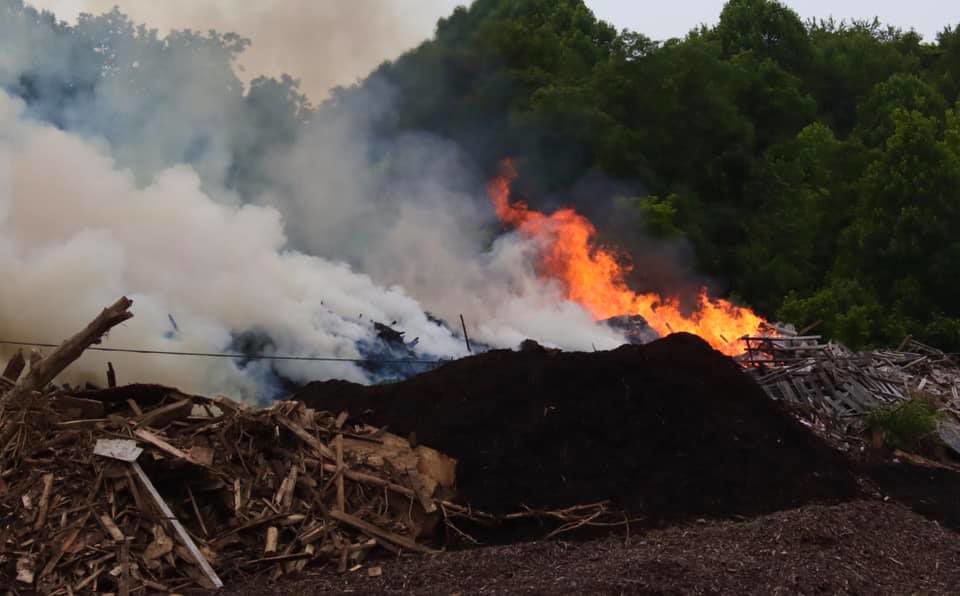 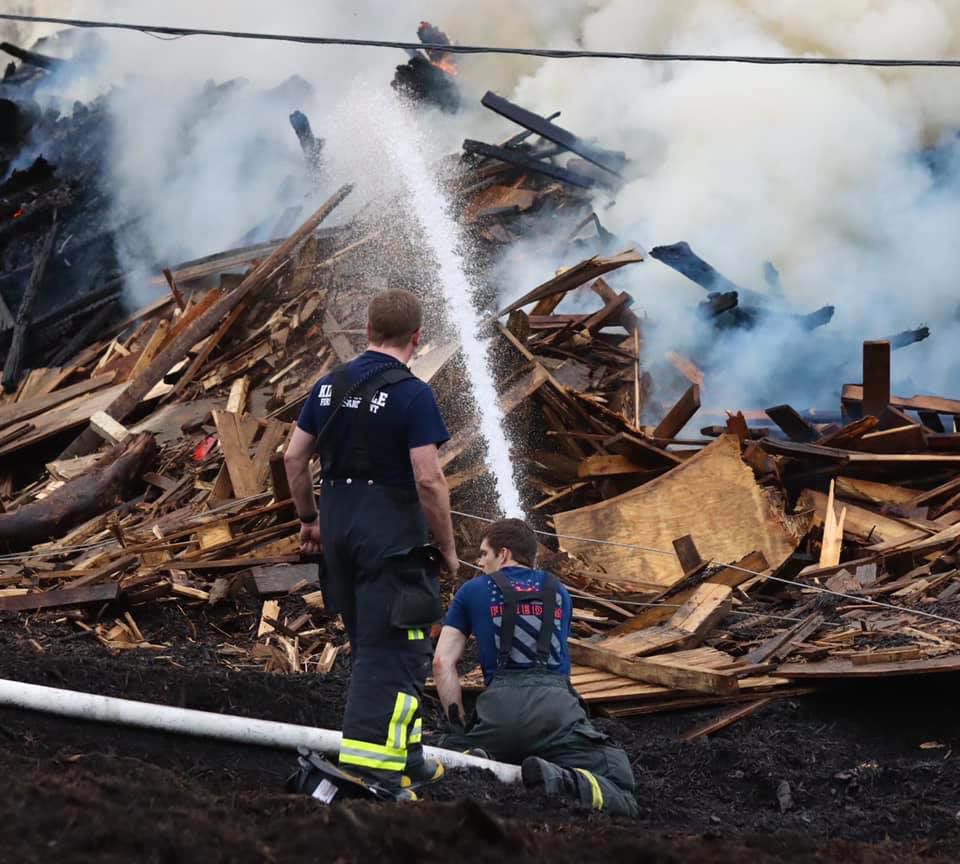 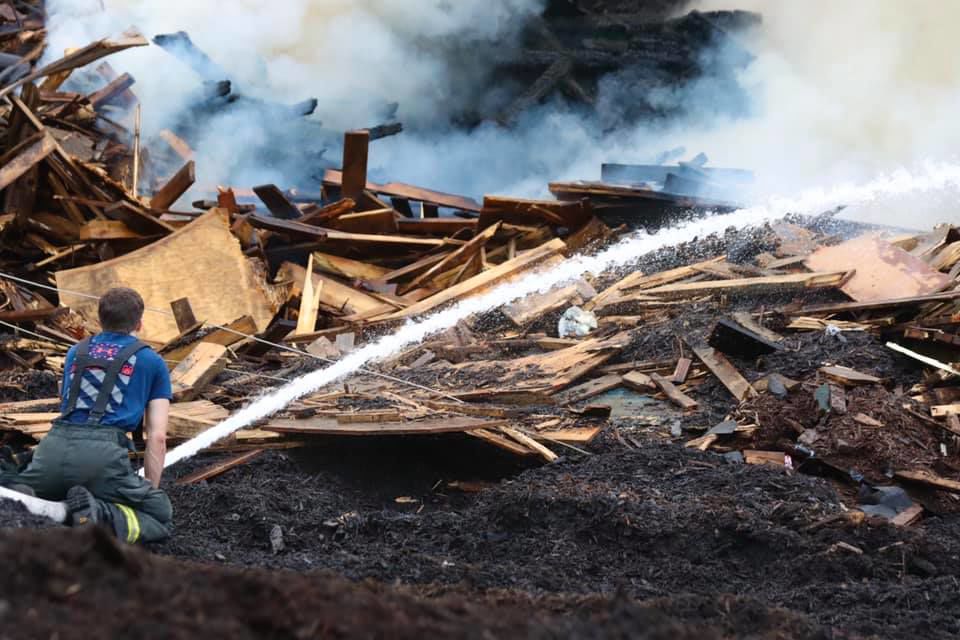 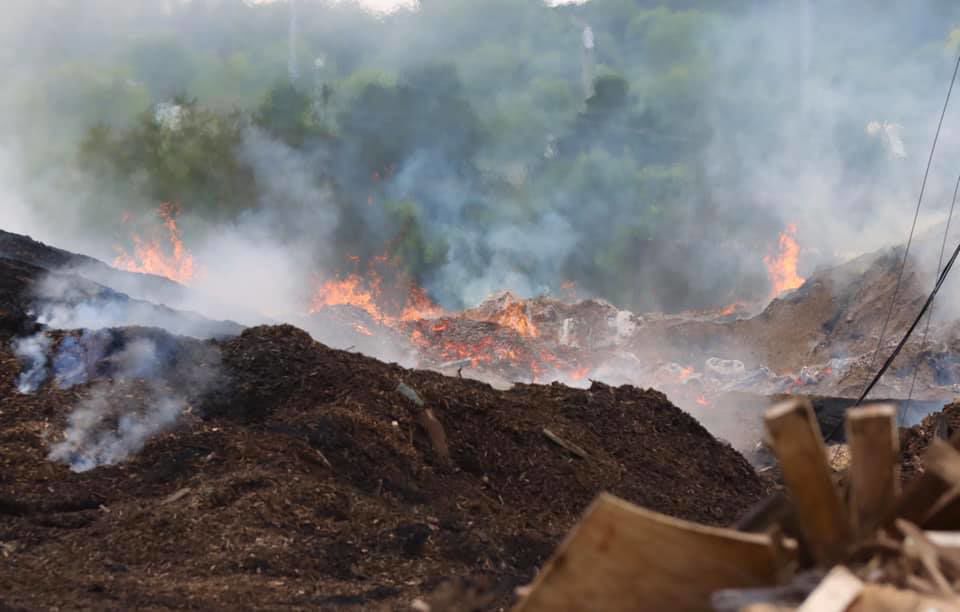 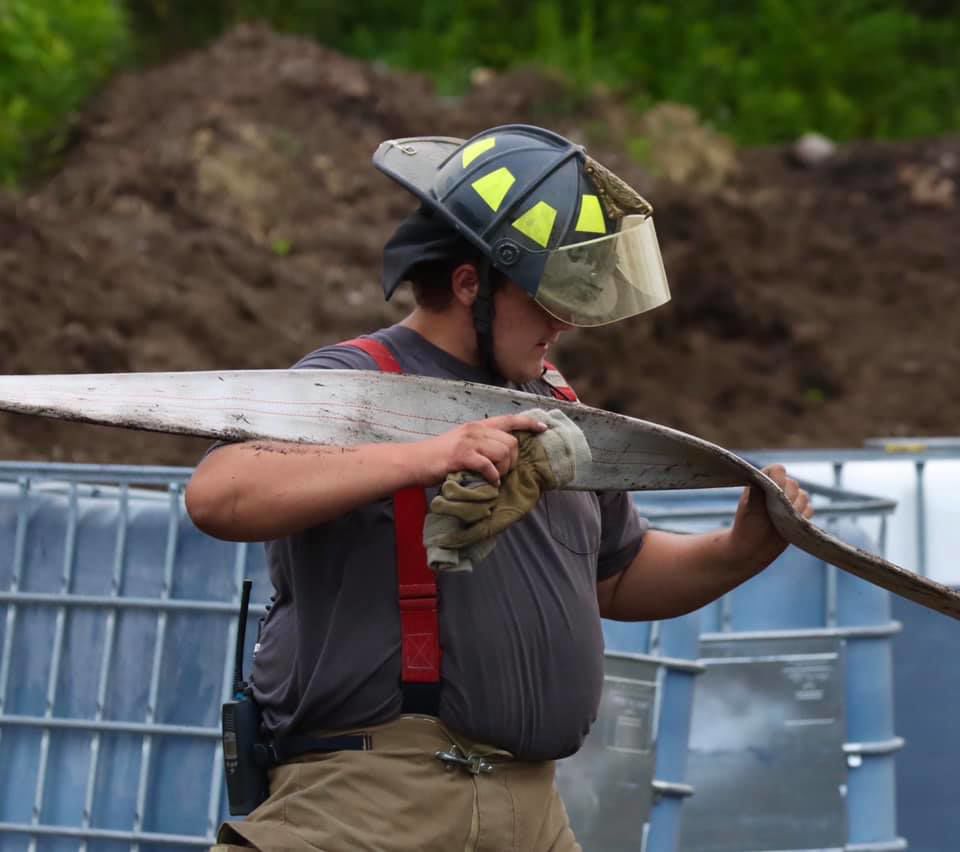 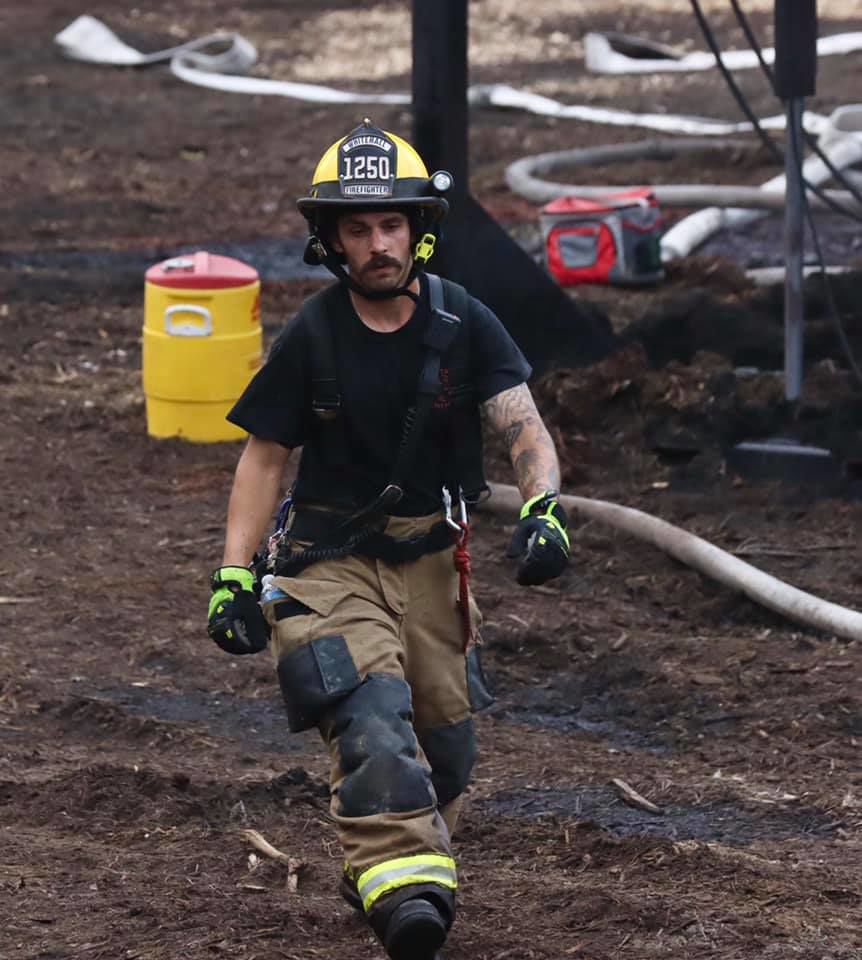 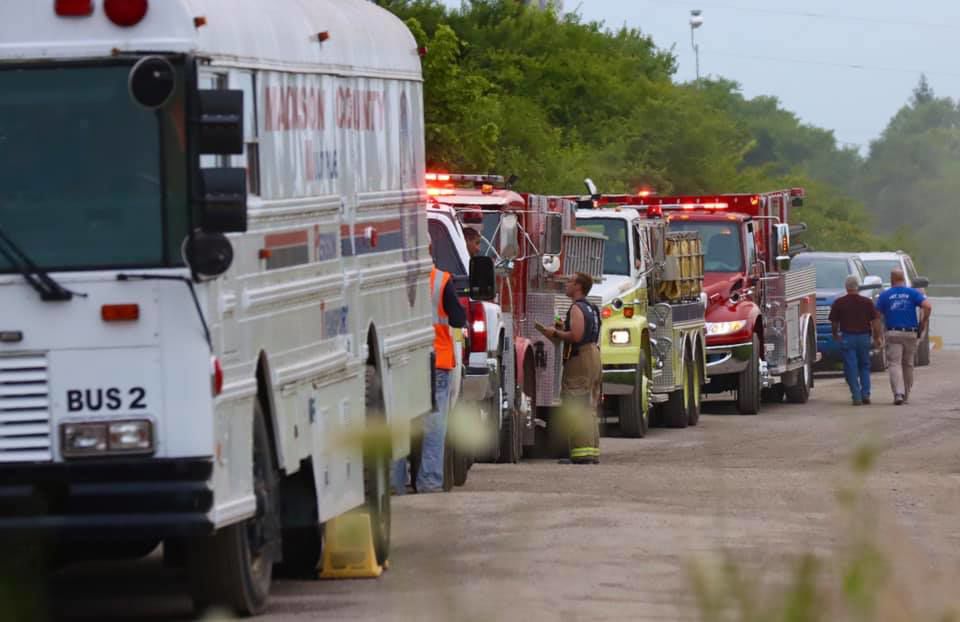 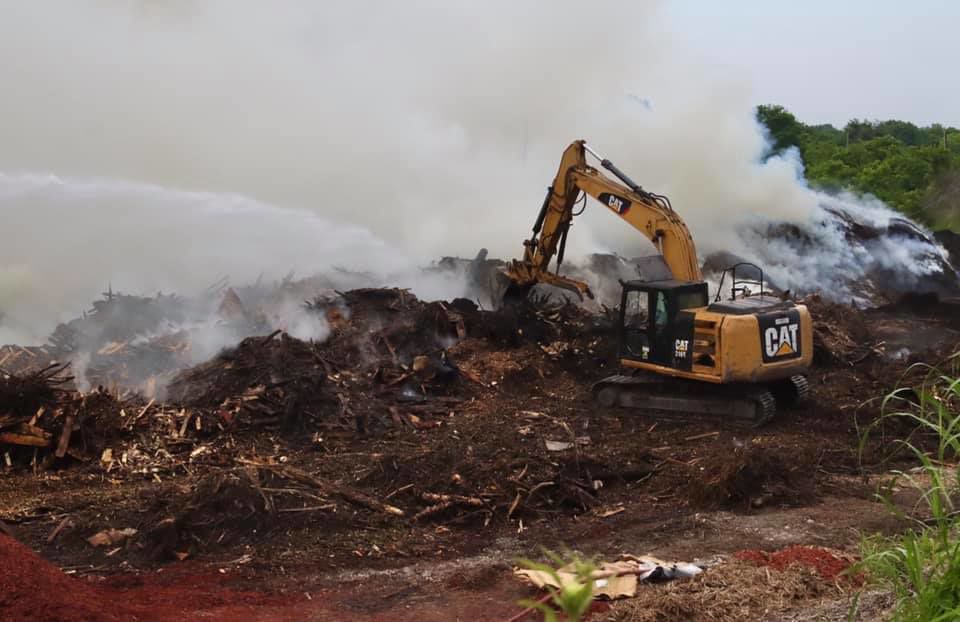 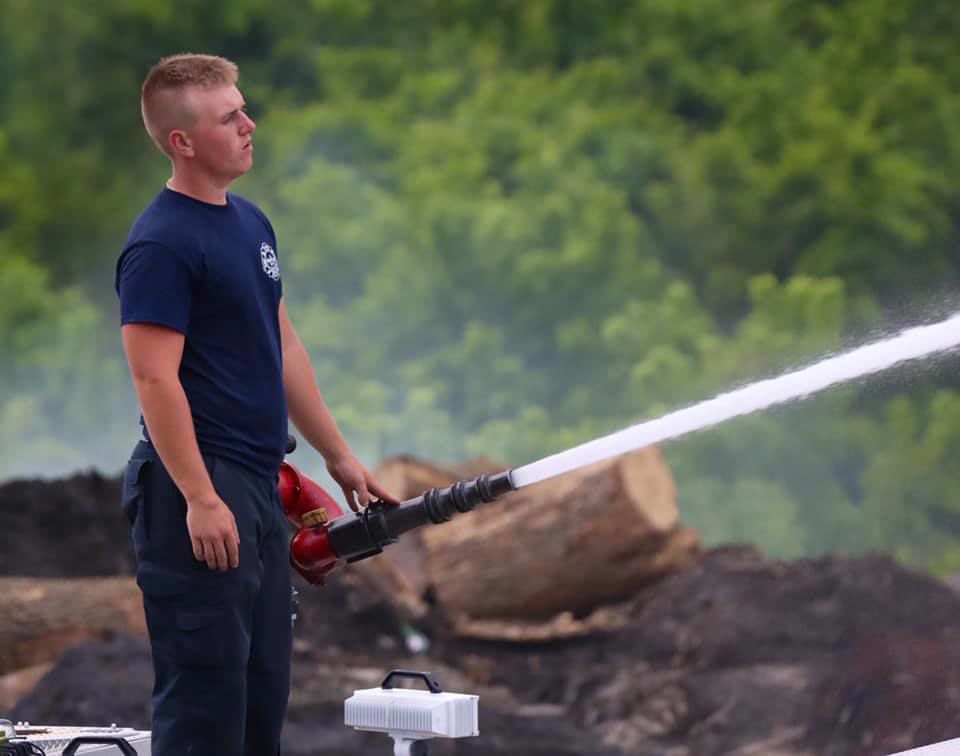 UPDATE: Officials responding to a fire that began Sunday afternoon off Igo Road near exit 97 said the incident is about 50% contained.

According to Richmond Fire Chief Sam Kirby, the 14 responding agencies are making headway on the fire's containment.

"Things are moving slow but sure," he told The Register.

However, Kirby predicts crews will remain on the scene for the duration of the day, and into the night.

The Madison County Fire Department is the lead agency on the incident. The cause of the fire is believed to be a combination of heat and spontaneous combustion.

More than 12 agencies responded on Sunday afternoon to a massive mulch fire near the Allen Co. quarry, off exit 97 on Interstate 75.

Around 2 p.m., a call rang out to emergency crews because of a fire near the facility. Madison County crews were responding well into the evening, as well as other surrounding county agencies, such as Anderson, Estill, Jessamine and Garrard counties to name a few.

At the scene, wood and mulch piles were ablaze with several hotspots, with smoke rising that could be seen for miles.

According to Richmond Fire Department Assistant Chief Richard Tate, who was also on scene, mulch is difficult to put out, as it can remain burning beneath the surface of what is already extinguished.

In addition, Madison County Emergency Management Agency and Environmental Protection Agency were on the scene.

As of now, officials have no inclination of what caused the fire, but believe they will be responding for the remainder of the night, and possibly into Monday.

No civilians or responders were harmed.

According to its website, the Allen Co. is the leading provider of agricultural lime, crushed stone, aggregate and gravel with four quarry locations located in central Kentucky. It provides a wide variety of sized stones, aggregate, base products and screenings for use in asphalt, concrete, erosion control, and other various applications in the construction material industry.