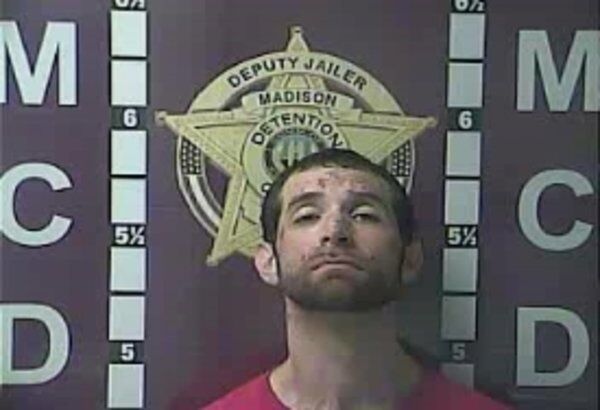 Bryan Jones, 31, is an escaped inmate from the Madison County Detention Center. 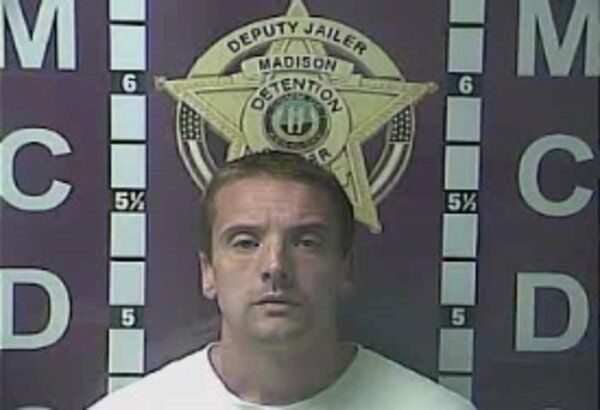 Justin Richardson, 32, is an escaped inmate from the Madison County Detention Center.

Bryan Jones, 31, is an escaped inmate from the Madison County Detention Center.

Justin Richardson, 32, is an escaped inmate from the Madison County Detention Center.

According to the jailer, Bryan Jones, 31, and Justin Richardson, 32, fled from the jail early Thursday morning.

Jones was incarcerated at the center beginning on Aug. 1, for violating an emergency protective order. Jones was formerly incarcerated at the detention center for additional charges of tampering with a monitoring device, second-degree escape, three failure to appear charges, and contempt of court, which date back to an additional arrest in January 2021.

Richardson was being housed at the detention center for recent charges on Aug. 4. He was charge with violating parole for felony offenses, including robbery and first-degree wanton endangerment charges dating back to 2014.

Richardson had been incarcerated since that time on several instances for failure to appear charges and parole violations.

In a statement from Tussey, the jailer said, "The safety and security of both those who are incarcerated and who live in our community has been my top priority since elected as Madison County Jailer in January of 2019. My staff and I are cooperating fully with the investigation, which has been handed over to the Kentucky State Police at this time.”

At approximately 4:10 a.m. on Thursday, staff notified Tussey of an incident involving the two men, according to a release. The case has been turned over to the Kentucky State Police (KSP) Post 7 (Richmond) for investigation which is being conducted by KSP Trooper Albert Lagrange.

Anyone who may have information about the location of Jones and Richardson is asked to call their local law enforcement or KSP Post 7 at 859.623.2404.