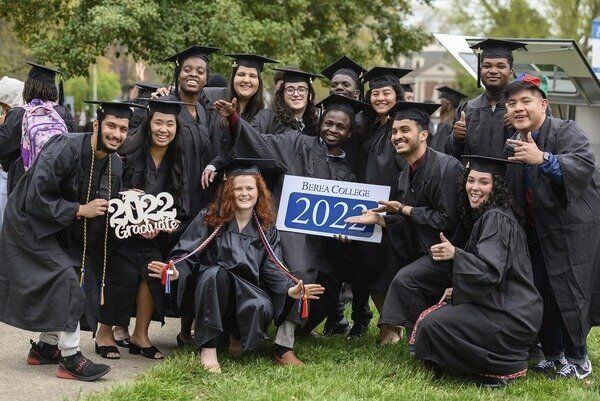 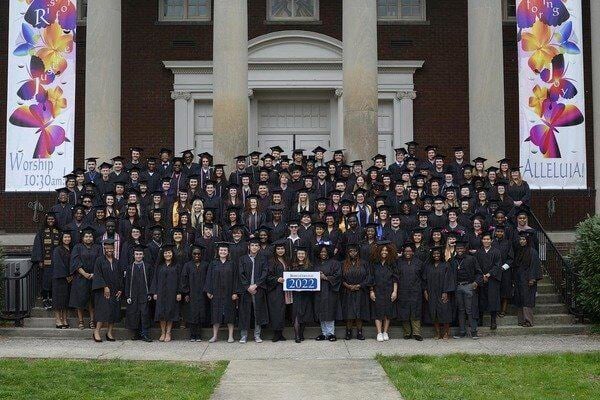 That number included included 45 students who graduated between 2019-2021 and were unable to celebrate their commencement ceremonies in-person.

The 215 graduates for 2022 represented 18 different countries.

Canada was raised by a single mother in the Bronx, one of the most disadvantaged communities in the United States. Overcoming those challenging circumstances, Canada excelled academically, earning a bachelor's degree from Bowdoin College and a master's degree from the Harvard Graduate School of Education. Upon graduating, Canada committed to providing opportunities for success through education to other children growing up with similar challenges.

Canada created the Harlem Children's Zone, a cradle-to-career network of programs serving more than 13,000 low-income students and families in a 97-block area of central Harlem in New York City. The unprecedented success of the program has attracted a great deal of attention. In 2010, President Barack Obama created the Promise Neighborhoods Initiative to replicate Canada's model across the country. In 2011, Canada was named one of Time's most influential people and in 2014, one of Fortune magazine's 50 greatest leaders.

"The promise I made as a teen, that I would get a great education and come back to rescue the children trapped in our urban ghettos, was something I took seriously. And I have spent my life trying to keep that promise," Canada said during his remarks.

"The best of America is yet to come," he added. "The work we don't complete that attempts to make this a better country, the next generation will finish. In 1900, when Susan B. Anthony--another of my role models who courageously fought to end slavery, then led the women's suffrage movement--was asked when women would get the right to vote, she said, 'It will come, but I shall not see it. It is inevitable. We can no more deny forever the right of self-government to one-half our people than we could keep the Negro forever in bondage. It will not be wrought by the same disrupting forces that freed the slave, but come it will, and I believe within a generation.' Fourteen years after her death, the 19th Amendment granting women the right to vote was passed."

After 30 years with the Harlem Children's Zone, Canada stepped down as CEO but continues to serve as president.

In 2020, Canada founded the William Julius Wilson Institute (WJW), which serves as a national platform to help communities across the country impacted by poverty to design and implement their own place-based programs. Its first initiative will be to combat the devastation of COVID-19 in the Black community.

Canada has written two books: "Fist Stick Knife Gun: A Personal History of Violence" and "Reaching Up for Manhood: Transforming the Lives of Boys in America," addressing the social issues of growing up in troubled areas. He also gave a TED Talk about how schools are failing to educate children adequately.