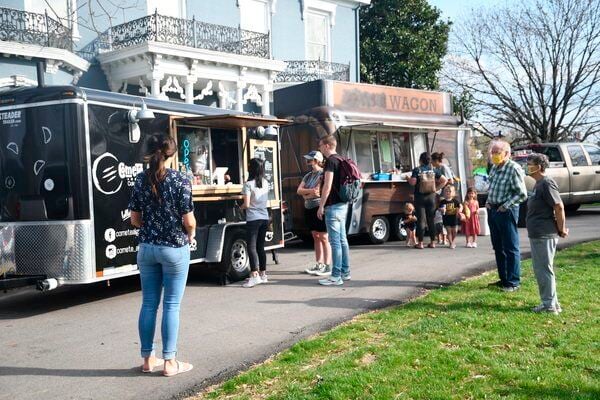 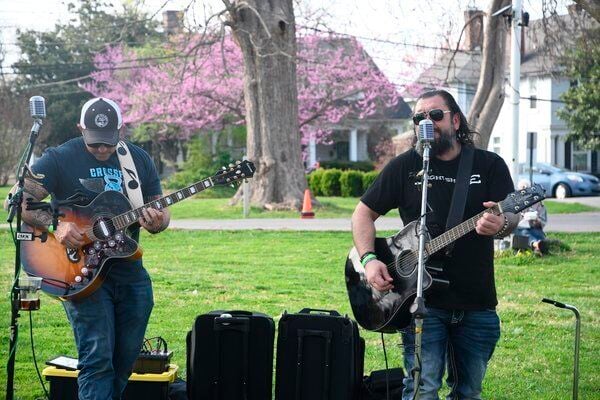 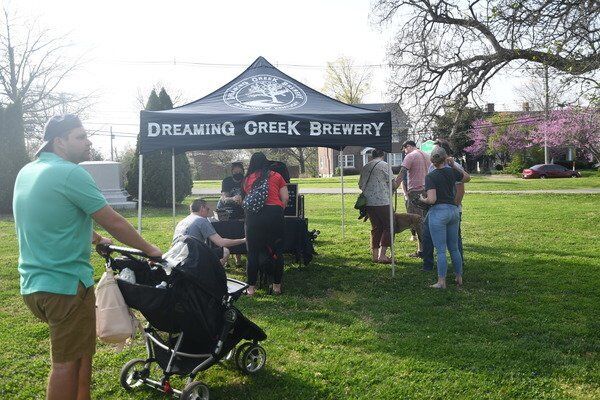 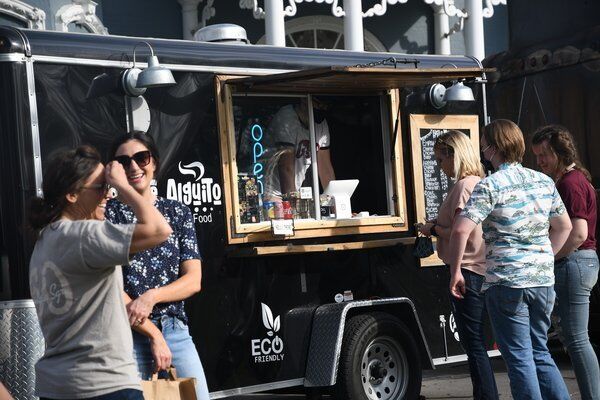 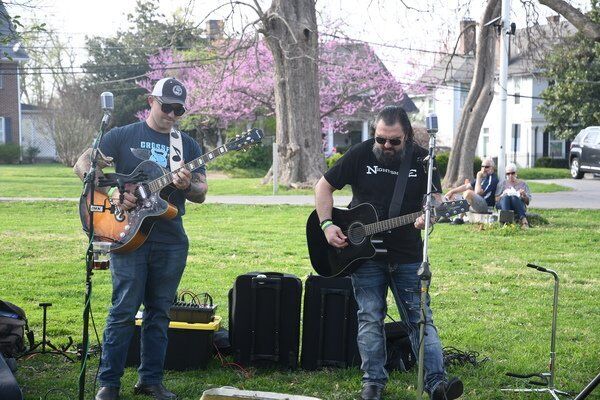 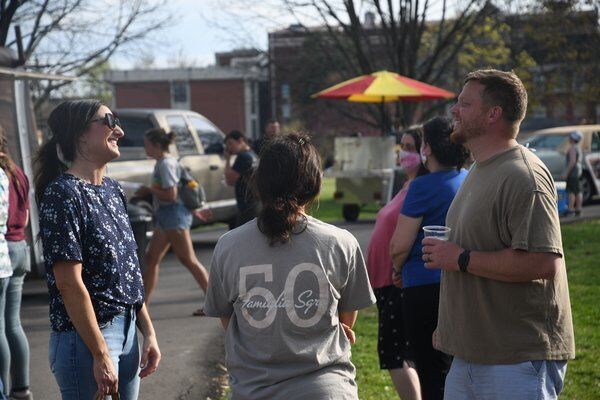 Out in front of the 200-year-old historic blue home, local food trucks, an acoustic duo, and Richmond's very own brewers all got together for a Tasty Tuesday.

Since March, several food trucks have set up shop as a part of this event to promote mobile food vendors in the city. But Tuesday, the event introduced a few firsts with live music from NightshadE and two flagship kegs of Dreaming Creek Brewery beer.

According to members of the Richmond Parks Department, the DCB beer sale was one likely the first time in 15 years alcohol sales have been allowed at a park's event.

Mason Chamblee, an employee within the parks department, stated the Parks Department decided to offer their beer as another local selection and an additional way to support and promote local businesses.

The endeavor was deemed a success in the brewers' eyes and those who purchased the beer.

Patrick Fannin, a brewer with DCB, said they sold out of their kegs in just a few hours and had to leave early.

"Can't get much better than that," he said.

However, some people who came later on in the event were not able to get a beer.

One of whom was Marty Sewell who arrived around 6 p.m. and was going to get some beer for friends.

He will have another chance next week when DCB and the food vendors will be back at the park.

Sewell and some others at the park Tuesday said they support alcohol sales at city events — even if they did not drink them.

Martina Jackson of Richmond said she was okay with the sales, as they were in a contained environment and only for a short time.

Tasty Tuesday will be set up again Tuesday, April 13, beginning at 5 p.m. at 345 Lancaster Avenue in Richmond.