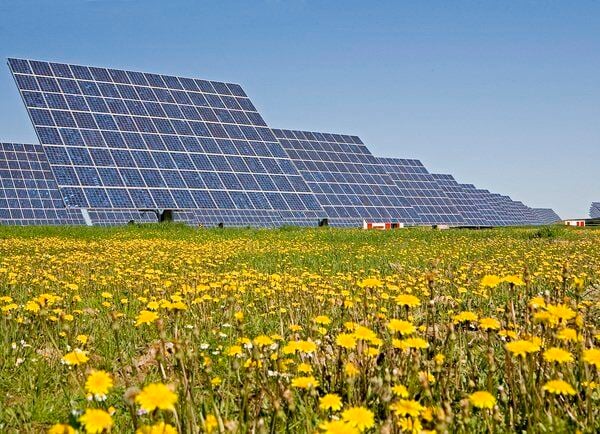 An example of a solar farm built by Acciona. A farm could soon be seen in Madison County.

An example of a solar farm built by Acciona. A farm could soon be seen in Madison County.

With solar plants all over the world and in almost every continent, Acciona — a Spanish-based conglomerate focused on infrastructure and renewable energy — is hoping to make Madison County its newest location.

The company and county officials are in the early stages of bringing a solar energy facility to the area, consequently creating more jobs and increasing the county’s tax base.

“This is supporting clean energy and creating more revenue and having a stronger tax base,” said Judge/Executive Reagan Taylor in a previous fiscal court meeting with approved documents to support moving forward with the project.

According to Adam Stratton, director of Solar Business Development of Acciona’s energy division in North America, the Madison County project would be a nearly $120 million investment.

“This project during the time of construction is likely to have 300 jobs at the peak time …,” Stratton said. “The workforce would then be contributing to the local economy during that time, and that is always exciting to people in the county.”

Once the solar facility is up and running, it has the potential to create five to seven full-time operational jobs.

But before all that can come to fruition, Stratton and others on the project explained the process of site-selection is an extended one with new ideas, rebuilding strategies and ultimately — transparency.

“This is a big infrastructure,” Tracy Stoddard, vice president of development, said. “There’s a lot of work behind it, … but the details go through time. We are solving problems and generating ideas as we speak, and we want to be transparent about those.”

“We take very seriously the way we, locally, are accepted,” he told The Register. “We take a very long time to analyze and see very well the acceptance (our company) would have in the community. If we are going to make investments … We want to be here in the long term. We want to be sure why we are here, what we are going to do and be as transparent as we can be.”

Stratton said Kentucky is not recognized for leading efforts in solar energy, but Acciona aspired to help, starting in Madison County.

In terms of the specific site-selection, Stratton said, it is a long, detailed process where officials begin to look at the site’s existing grid structure and analyze it before moving forward.

From there, the company arrives at a decision point of whether or not to engage and look toward landowners, the community and economic development in the area.

“We have done so many of these all over the world, we can kind of identify if we will have acceptance and if the want and need is there as well,” he told The Register. “These are long development cycles where millions of dollars of development capital is going into this risk.”

Additionally, the local labor force, sun exposure and other factors are calculated into the location decision.

All of which Madison County apparently has.

“We have seen strong local support from agencies, and we are still in early stages and want to make aware that we are coming,” Stratton said. “… We like to be a good neighbor.”

Before they can be a neighbor, the county fiscal court approved several readings of an ordinance that pertained to conditional use permits in zones that could be used for development.

Per Ordinance 20-17, the planning commission voted to recommend to the court that text of Section 402.6 Uses Allowed, and Section 402.7 Moderate Hazard Occupancies of the planning and zoning regulations be changed to make commercial solar energy facilities a conditional use in several different zones.

Like the planning commission, the court gave its unanimous approval for the ordinance.

Taylor said the conditional use documents are to make sure the county is protecting subdivisions, which the area has a lot of, he said.

“This is still going through planning and zoning, and we want to be very transparent about what it is we are doing,” he said.

“We need to get upfront with (regulations) on this and make it the same playing field for everyone that depends on it,” he said. “It doesn't matter what area of the county, what business it is, they should be on the same field upfront, and these regulations do that for us.”