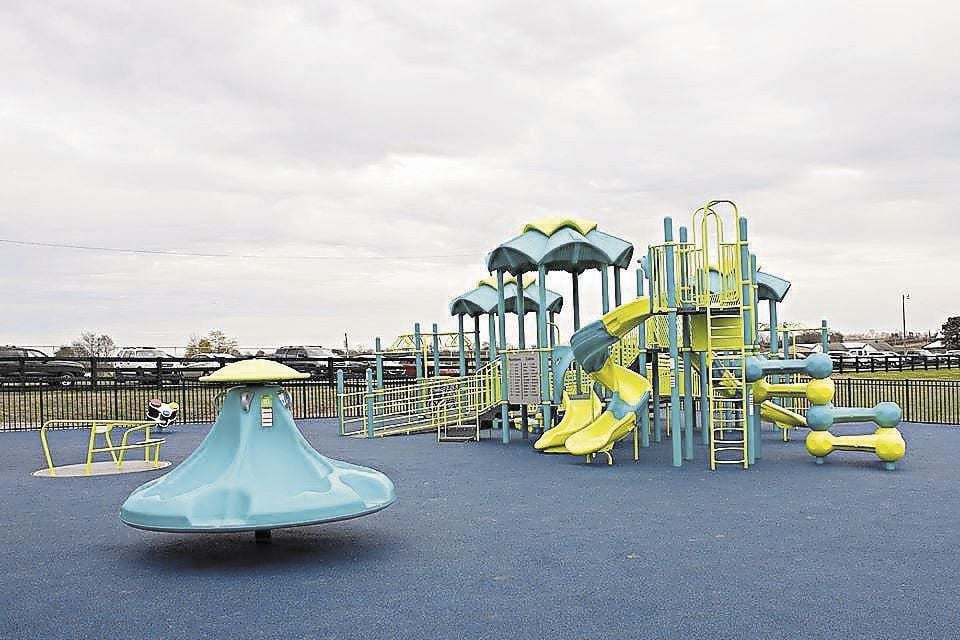 Kendyl and Friends Foundation has built five playgrounds in Jessamine and Casey Counties, Burgin, Harrodsburg and Georgetown. All of the funds to complete the projects are raised entirely by the organization through fundraisers and donations. For the Harrodsburg park, the group was able to raise $68,000 in four hours. 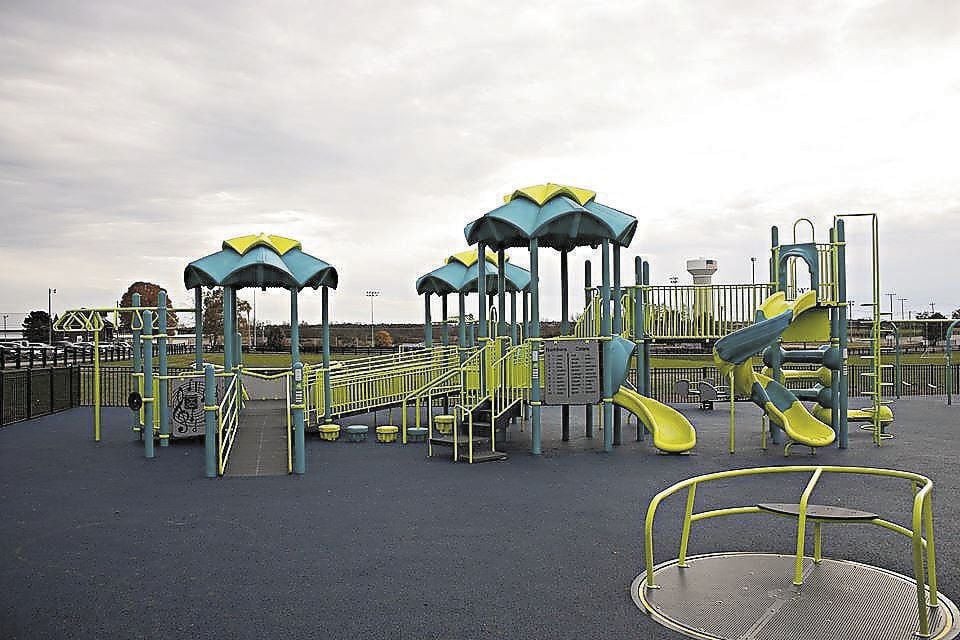 An all inclusive playground built by the nonprofit Kendyl and Friends, a foundation for kids and adults with special needs and disabilities.

Kendyl and Friends Foundation has built five playgrounds in Jessamine and Casey Counties, Burgin, Harrodsburg and Georgetown. All of the funds to complete the projects are raised entirely by the organization through fundraisers and donations. For the Harrodsburg park, the group was able to raise $68,000 in four hours.

An all inclusive playground built by the nonprofit Kendyl and Friends, a foundation for kids and adults with special needs and disabilities.

The Richmond Parks and Recreation Board heard from Crimson Claycomb, the founder of the nonprofit organization Kendyl and Friends, an organization for children and adults living with special needs.

Claycomb’s eight-year-old daughter, Kendyl, is severely disabled and was not predicted to live past two-month-old. At three-weeks-old, Kendyl contracted spinal meningitis essentially “cooking” Kendyl’s central nervous system. She has seven brain tumors, only 15 percent of her brain is formed and is partially blind in both eyes.

“She is the happiest kid in the entire world,” her mother says. “She is confined to a wheelchair and still smiles 100 percent of the time.”

For all of her life, Claycomb says that Kendyl has been raised to not be treated different, that she is normal and can do everything and anything other kids can do.

Claycomb, who has a small build, says that she was packing Kendyl through everything on playgrounds so that she could participate with her friends.

It wasn’t until a field trip to Anderson Dean Park in Harrodsburg that Claycomb could no longer physically hold her daughter and had to tell her for the first time she couldn't participate.

“It broke her heart,” Claycomb said. “For those of you who have never seen Kendyl, she never cries. Never, ever. She is the happiest child in the world. And it killed me.”

It was that day that she decided she was going to begin Kendyl and Friends, and build a park in their hometown that was all inclusive to any disability.

“This was not just for her, it’s for her friends and for older adults that weren’t able to experience what our children are experiencing now because the things we have weren’t available back then,” Claycomb said.

In presenting the idea to her husband, he called his wife crazy, saying that it would take years and years to complete, and there was no funds.

After 5 months and 22 days of fundraising in Mercer County, Claycomb saw her dream come to life with an 8,500-square foot park that she says is used by many children who have never had this opportunity.

She says that the Harrodsburg park has even welcomed visitors from out of state, something that she says has helped contribute to their local economy.

“In a small community, like Harrodsburg, we have seen our park grow tenfold,” she told the board. “We have children visit from all over the state who come to visit that playground because it’s there. We have people drive in from other states and stay all weekend, and we have seen an economy boost as far as hotel and restaurants and it has made a difference in our community. They will come, they will utilize it.”

With this project completed, Claycomb wanted to create snowball effect so schools and parks would want these for their community also.

Since then, Kendyl and Friends has built five playgrounds in the state. Jessamine County, Burgin, Georgetown and Casey County all have had all-inclusive parks built in their communities at no cost to them.

Kendyl and Friends does all of the funding for the playgrounds, and only requires the go-ahead from the board to move forward with the project.

“We don't ask you all for a penny, we just ask you all to approve the project and let us do our thing,” she explained. “We know these projects just pop up, and we know that you all didn't budget for that in your budget.”

Claycomb explained that the average projects have costed approximately $250,000 to $275,000 but that the price ranges depending on the equipment the city decides to use.

Wheelchair swings, wheelchair friendly flooring and ramps are all things that can be provided in the playground. Claycomb even said that there are signs in different languages, music and braille to accommodate those with language disabilities.

In the nonprofit's partnership with Miracle Playground, a commercial provider for playgrounds, the pair have completed four major projects in the span of a year.

“Even in little ol’ Harrodsburg, we raised $68,000 in four hours towards that playground,” she said.

“Change the way the world sees outdoor recreation,” Claycomb said. “We want it to be a place where children of all abilities can come to play on the entire playground. There’s no type of exclusion, no separation. I want it to be a place that my ten year old can play with her sister who is in a wheelchair.”

The board was unable to approve the project at the time of the meeting as two other members were not present.

In other business, Yoga in the Park is scheduled to begin with the first session taking place Saturday, April 13 at 9 a.m. at Irvine McDowell park. The sessions are $5 and are led by Kelly Liddell and will continue every Saturday until May 4.

Each Parks and Recreation meeting is open to the public and are held the first Tuesday of each month at 12 p.m. at Irvinton House.