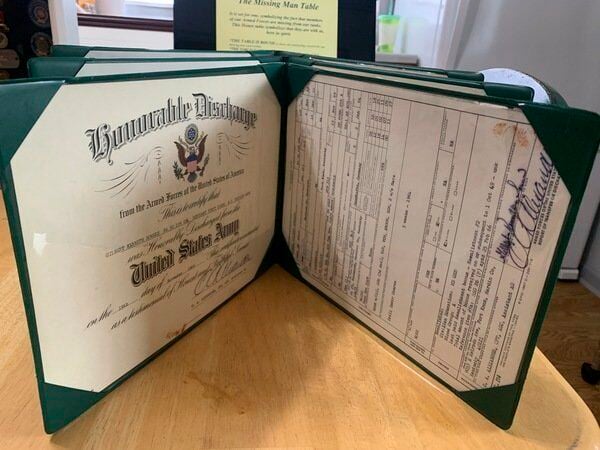 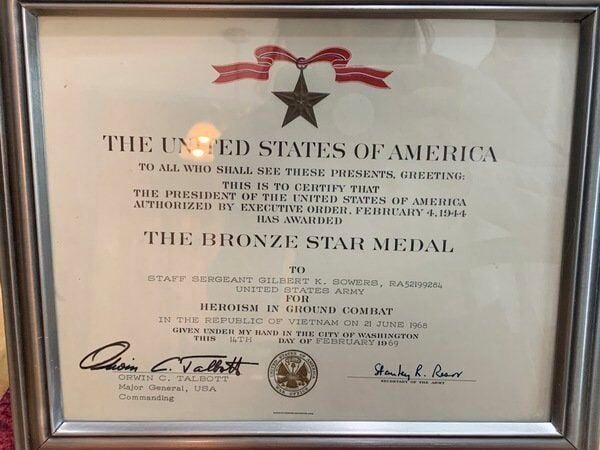 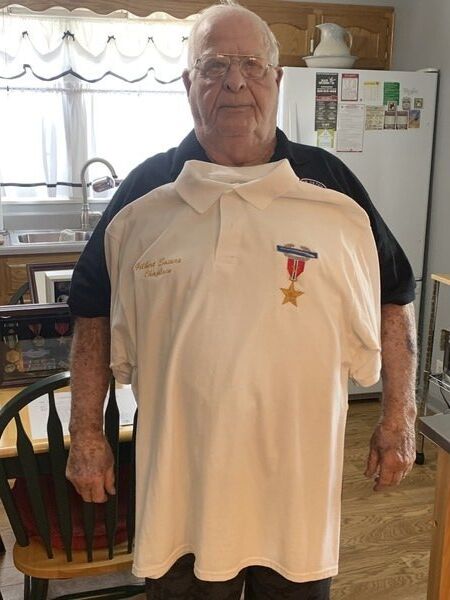 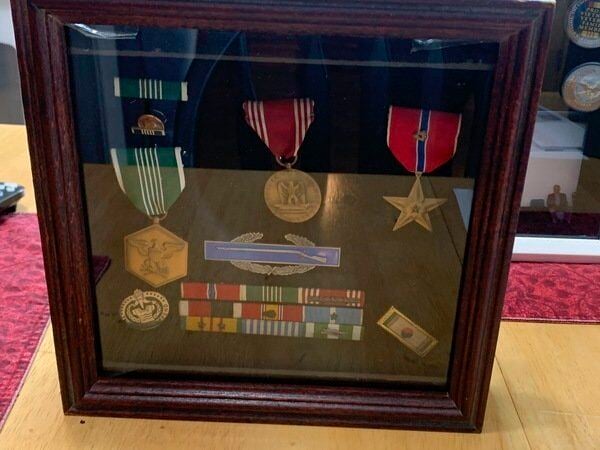 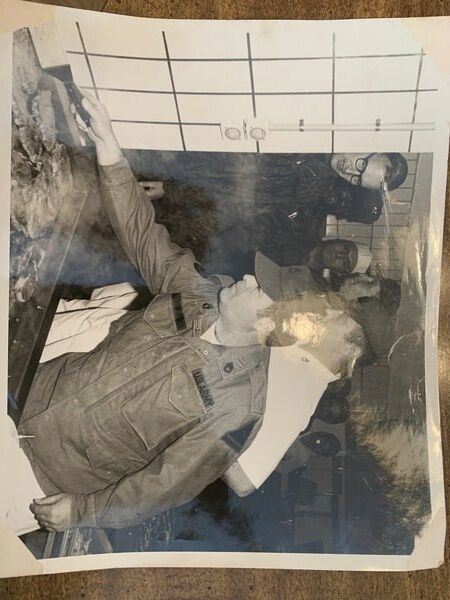 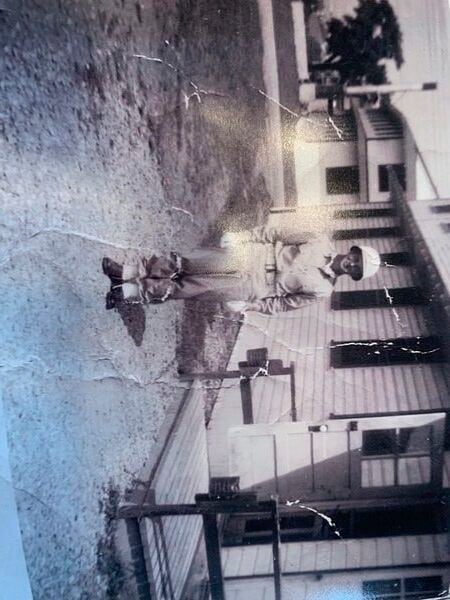 Sowers, 18, stands outside his barracks at Indiantown Gap Military Reservation.

Sowers, 18, stands outside his barracks at Indiantown Gap Military Reservation.

If you ask Richmond resident and Vietnam veteran Gilbert Sowers how long he served his country in the military, he can tell you down to the day.

“Twenty-four years, six months and 23 days,” he will say.

Sowers, 88, can tell anyone war stories that span more than two decades and are accompanied by dozens of photo books, numerous awards, and hundreds of photographs from his war service.

Most in black-and-white, the photos of Sowers and his experiences are documented as well with ink scribbles with the names of others in the pictures, the year and location.

But when telling the story of his extended and award-winning military career, it all began in April of 1952, when he volunteered for the draft at the age of 18.

He along with 500 other men were sent to Indiantown Gap Military Reservation in Pennsylvania for basic training — a memory solidified in a photo of a young Sowers outside of his barrack.

“I felt bigheaded,” he said of his feelings of being at basic. “You had to be in good physical condition and know how to operate different weapons.”

Once he was enlisted and trained, Sowers said he traveled to Maryland, Pennsylvania and eventually Germany where he would spend many years in his career with the military.

“I have seen things people dream about,” he said. “It is unbelievable. When I saw something like that, all you can think of is ‘Wow.’”

In a tour he took of one of the cities in Germany, Sowers has two individual photographs taped together to show a skyscrapers full height.

In the early 1950s following his Germany orders, Sowers volunteered to go to Korea with the Second Infantry Division where he was in charge of gathering intelligence.

“We would gather information and they did what they had to with it,” he recalled.

This trip, he would say, would not be as well documented as his future return to Korea, he said, with the amount of work they were doing.

At the conclusion of his first tour in Korea, Sowers said he returned home to Kentucky where he began to look for his wife, Betty, who he has been married to now for 66 years.

He attended meat cutting school with his GI Bill money in hopes of later getting a job. But he came home to find the positions filled and worked at the Madison Frozen Food Locker for $30 a week.

Sowers remained there for two weeks before returning to his military beginnings holding the rank of Sergeant First Class in the National Guard.

From there, he would return to Korea again in the late 50s, and in Germany once more in the 60s with his wife and growing family.

He along with his family would move again to the States where he would become one of the first drill sergeants in 1964 and then a mess hall sergeant.

One memento of his time served in the mess hall is depicted in a photograph where he can be seen grilling meat to serve to a line of soldiers behind him.

“He is a great cook,” his daughter Lisa said overlooking the photos. “He went from combat to cooking.”

When he was called to Vietnam in his next order, he would get both combat and cooking as a mess sergeant attached to the artillery.

“When I got there I reported in the artillery outfit, and they were firing,” he recalled emotionally. “They were firing until the barrels melted down and they had to throw water on them. The troops had been surrounded and fired and fired, and I got behind and just started cutting the powder.

“We got hit, and our men got killed and wounded. By the Grace of God the round went over my shoulder and struck another weapon knocking it completely down. That was the first outfit I had when I got there. And then it got worse.”

It is for the acts Sowers committed that day in June of 1968 in war zone D when he braved flying shrapnel from impact rounds and evacuation of soldiers that he would be recognized with a Bronze Star.

With the star framed, Sowers also has all his original documents with the award along with it.

Once he finished the tour in Vietnam, he returned to Germany and finally the United States where he would retire from the service in 1975.

Now, Sowers lives with his wife in Madison County where he is a preacher and Chaplain of the local Vietnam Veterans Chapter.

And it would seem his service continues as he works to participate in missing man ceremonies, and helped to donate a flag to the county fairgrounds earlier this year.

Sowers hopes in sharing his story and personal pieces of history that he can represent hundreds and thousands of others who served their country.

“I hope to show not just what I went through, but what hundreds of others have been through in World War II, the Korean War and the Vietnam War,” he said. “I hope I can represent all of those from what I have told. May God bless America."