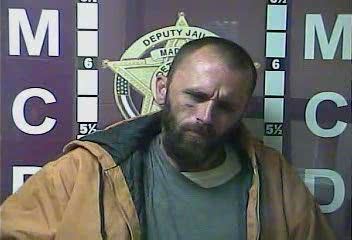 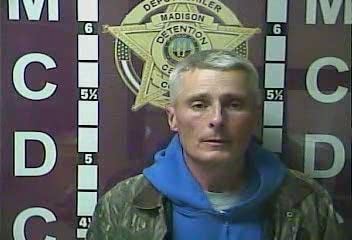 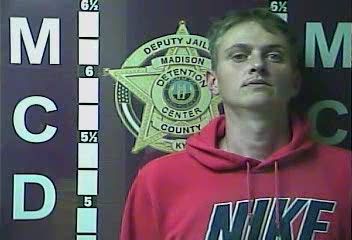 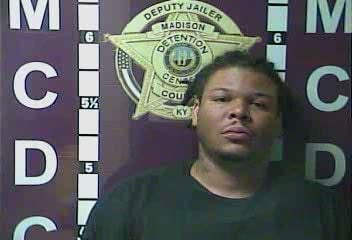 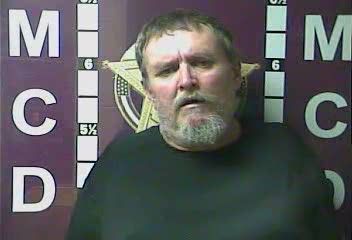 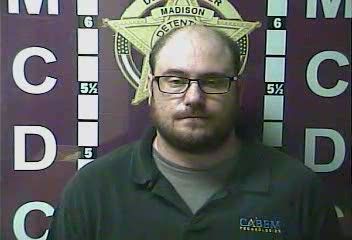 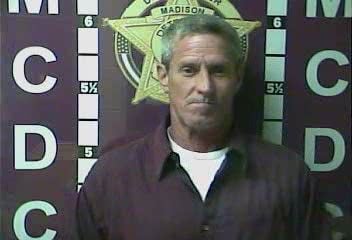 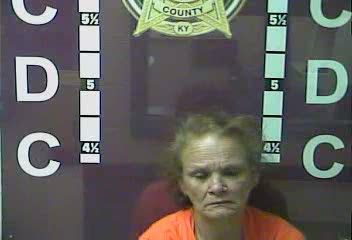 A Richmond man was arrested on Bluegrass Drive Saturday evening for drug charges when police responded to the area in regards to an intoxicated man on top of the Bluegrass Acres sign.

According to a citation, police arrived at the scene around 7 p.m. and found Christopher Mullins, 33, of Race Street, sitting on the sign.

After checking his social security number through dispatch, officers found Mullins had a warrant for his arrest for violating probation.

During a search, officers found a loaded needle in Mullins pockets. A citation stated Mullins then told police he had a “kit” in his back pocket which contained two cut straws, a string and a spoon.

Mullins told police “ice” was the substance inside the needle, a citation stated.

Mullins was charged with first offense first-degree possession of a controlled substance (methamphetamine) and possession of drug paraphernalia. He was taken to the Madison County Detention Center, where he remained Monday afternoon, according to online jail records.

A Monticello man was arrested by Berea Police Sunday evening on charges of first-degree wanton endangerment and theft.

According to an arrest warrant, in January, Stephen W. Spradlin, 51, created a substantial danger of death or physical injury to another when he threatened to kill a Berea man.

The warrant stated a victim told police Spradlin held a knife to his chest and threatened to throw him in the river after he would “cut him up in so many ways, stitch him up and then cut him again.”

The victim told police the knife brandished by Spradlin was close to his throat and he feared for his life due to Spradlin being violent towards him in the past.

A warrant indicated the victim fled from the residence and contacted the Berea Police Department to report the incident. When the victim returned home, a warrant stated he found two guitars and a laptop missing.

Spradlin was taken to the MCDC, where he remained Monday afternoon, according to online jail records.

An altercation over an unpaid bar tab landed one man in jail Saturday evening after Richmond police were called.

According to an arrest citation, officers responded to Gillum’s on the Eastern Bypass around 10:30 p.m. in regard to a heated argument in the parking lot between two men.

When police arrived, they discovered Christopher E. Conley, 37, of Hampton Ave, Richmond, engaged in an argument with a man who allegedly had not paid his bill.

A citation described Conley as being disorderly and causing a disturbance in addition to smelling strongly of alcoholic beverages.

Police told Conley to be quiet and return to the restaurant, a citation stated. Conley instead turned around and ran towards the officer, who made the request, but was restrained by another man in the parking lot with him.

Officers asked Conley several times to return to the restaurant quietly, but the man refused and continued to swear and scream at police.

A citation stated several customers and employees of the restaurant were gathered outside due to the disturbance.

Conley was arrested for alcohol intoxication in a public place and second-degree disorderly conduct. He was transported to the Madison County Detention Center where he remained until Sunday morning, according to online jail records.

Ivan C. Watts, 33, of Churchill Drive, Richmond, was arrested for first-degree wanton endangerment and possession of a handgun by a convicted felon early Sunday morning after a woman reported an altercation.

The victim told Richmond police, during the altercation, Watts brandished a loaded Smith & Wesson 9mm handgun and pointed it in her face, close enough to cause scratches under her left eye, according to the citation.

The arrest citation noted that Watts has prior felony convictions. A written statement from the victim was given to police.

Watts was booked into the MCDC, where he remained Tuesday afternoon, according to online jail records.

Collins was transported to the detention center, where he was released the next day, according to online jail records.

Bowens smelled strongly of alcohol when police approached, according to the citation, and he was not wearing a seatbelt. He had a taillight not illuminated and could not produce an insurance card.

Bowens told police he had only drank two beers, however, he failed standard field sobriety testing, the citation noted.

Bowens was arrested and booked into the MCDC, where he was released later that evening, according to online jail records. He was charged with second-degree wanton endangerment, first offense driving under the influence of alcohol/drugs/etc., reckless driving and various other traffic charges.

Mark E. Irwin, 53, of University Drive, Richmond, was arrested Sunday evening on Lancaster Road after police were called to a non-injury collision.

Irwin failed standard field sobriety tests, according to the citation, and a witness told police Irwin was traveling east on Lancaster and swerved into oncoming traffic, almost striking two vehicles before crashing into a ditch.

Irwin was transported to Baptist Health Richmond for blood tests. When police informed him why he was at the hospital, Irwin, using colorful language, replied that he was not taking the blood tests, the citation said.

Irwin was charged with first-degree wanton endangerment, first offense driving under the influence of alcohol/drugs/etc., reckless driving, operating on a suspended/revoked driver’s license and resisting arrest.

He was booked into the MCDC, where he remained Tuesday evening, according to online jail records.

Berea police arrested Tammie Abner, 54, of Charlie Norris Road, Berea, for multiple drug charges after spotting her sitting on the sidewalk next to a closed business on West Jefferson Street.

Upon seeing the officer, Abner became nervous. The citation noted Abner told police she was waiting on someone to give her a ride. Abner was asked if she had anything illegal on her person and she noted a syringe that she used for diabetes treatment, but that she did use methamphetamine and had used three days prior.

A search located a syringe, a small blade, and a small plastic vial containing a crystal-like substance, thought to be methamphetamine, the citation noted.

Abner was arrested and charged with first offense first-degree possession of a controlled substance and buying/possessing drug paraphernalia. She was booked into the detention center, where she remained Tuesday afternoon, according to online jail records.