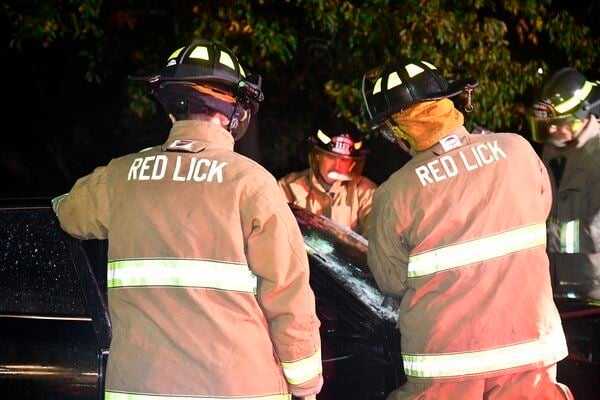 The Red Lick Fire Volunteer Department does training each week to help prepare their volunteers. 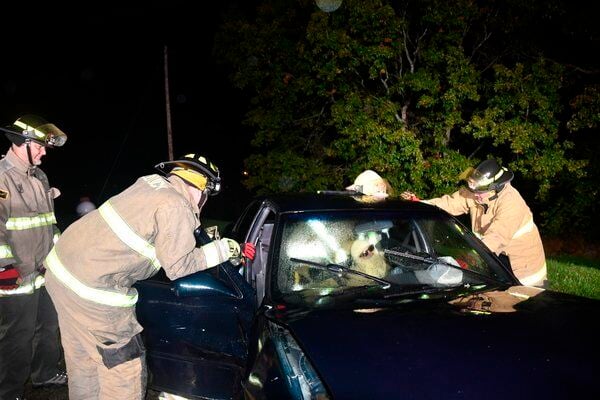 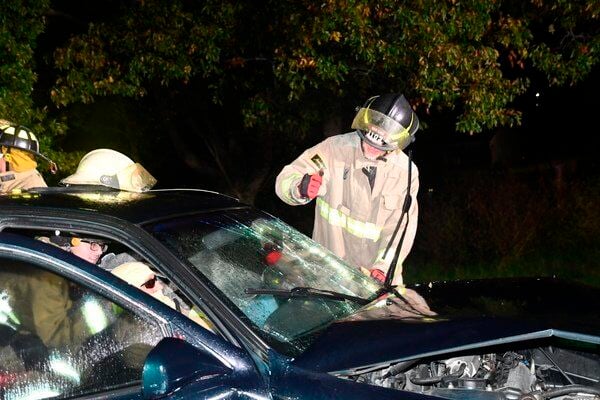 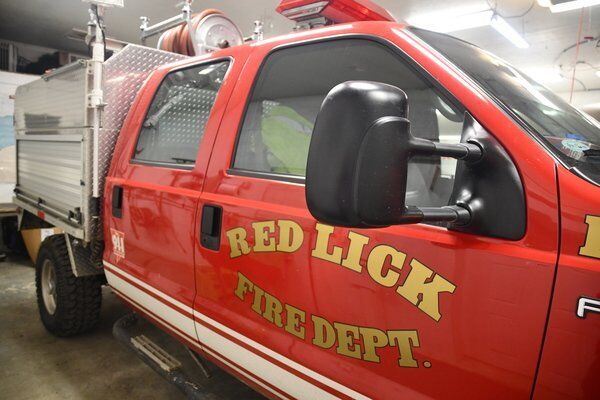 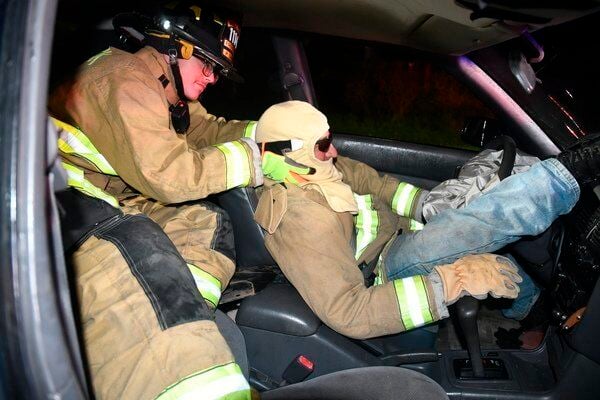 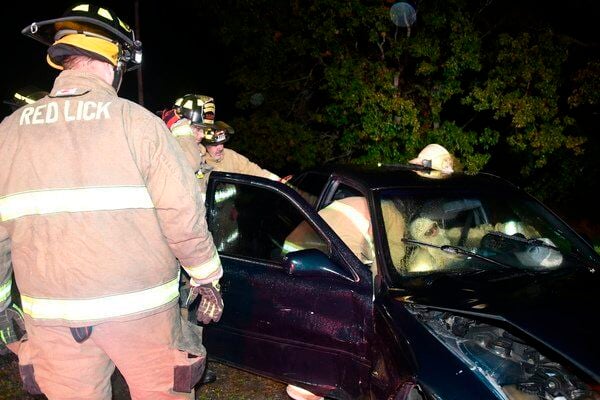 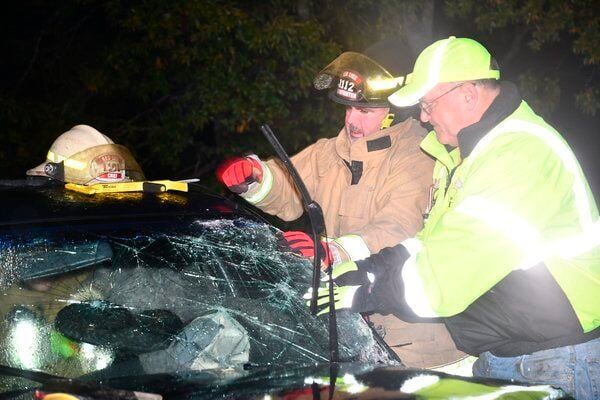 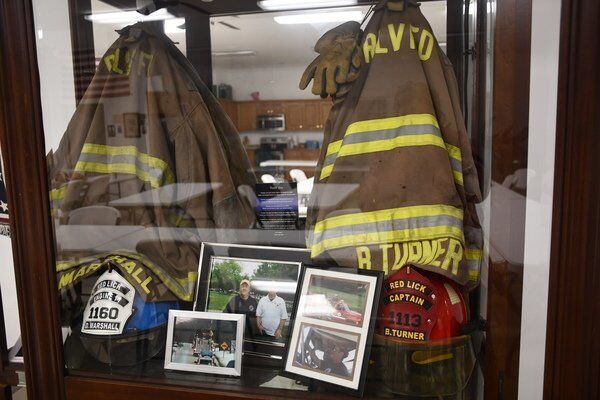 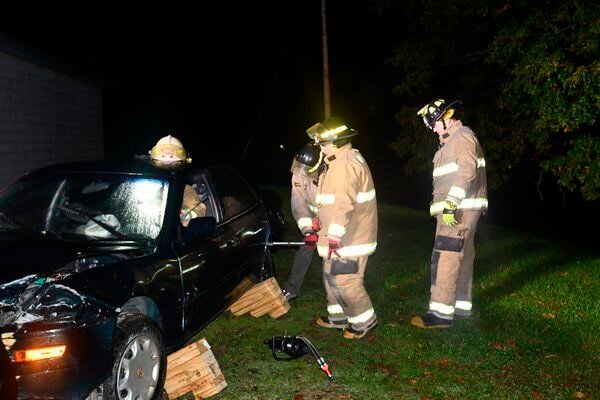 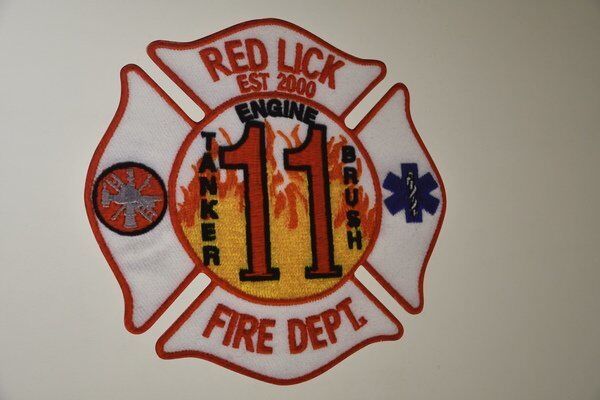 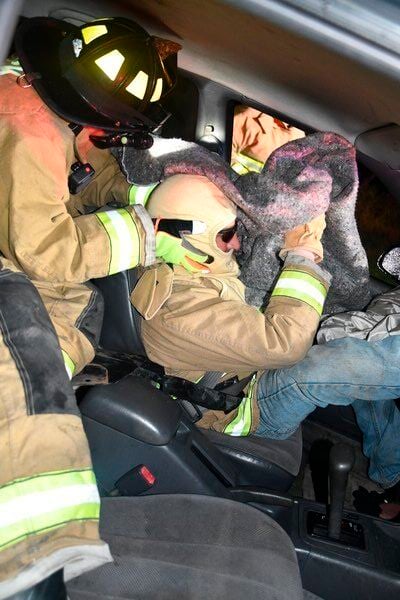 In a training scenario in which a person is trapped in a vehicle, a volunteer firefighter stabilizes Chief Adams and covers him with a blanket while others work to break glass and get him out safely.

The Red Lick Fire Volunteer Department does training each week to help prepare their volunteers.

In a training scenario in which a person is trapped in a vehicle, a volunteer firefighter stabilizes Chief Adams and covers him with a blanket while others work to break glass and get him out safely.

Just before January 2000, the unincorporated area of Red Lick in Berea was losing houses and experiencing a lot of wildfires.

Amid the destruction, one woman decided the area of about 5,000 people needed a volunteer fire department to keep them safe.

According to Keith Everitt, treasurer of the department, if you come up with enough equipment to get started in creating a volunteer department, the state can give some funding.

Coming from nothing and desperately poor, the bare-bones of what would become the Red Lick Volunteer Fire Department scrounged up a 1970s fire truck and a military tanker from the 60s. In addition, they found a building with one garage door and about 16 feet of training room.

Because of this, Everitt said the early stages of the volunteer department were ran like the wild west -- not many rules, nary the safe amount of equipment, and hand-me-downs from other departments.

A former Marine, Everitt came to the volunteer department in 2002 after he helped rescue a man who fell down a hole.

"Once I did that, I thought, 'I have to get involved in this.' The very first time I caught a nice fire I realized I enjoyed it. Then, I realized financially, the place was going to need some help and I became the treasurer, that is been my most important job."

Things have changed since the opening in the 2000s.

From having next to nothing, Everitt said the department has gotten out of debt, which was an effort which took a lot of work.

Everitt said both he, and Chief Wayne Adams took thousands out of their own pockets in the early years just to keep the RLVFD in operation.

"It was so bad in 2005, that we needed self-contained breathing apparatus and after we purchased those, all of the money was gone, there was nothing for extra money."

This was the same year the group began to try their hand at grant writing, and have received around $700,000 in grants since 2005.

With the help of state and federal grants, the department has been able to purchase trucks, new personal protective gear, wildfire fighting equipment and money to update the infrastructure of their fire building.

"Right now, the fire department is out of debt. We have enough money in the bank that we could purchase a used truck if we needed it," Everitt said.

That time is fast approaching. As of now, the RLVFD has three trucks, all of which are about 23-years-old.

While that is an issue to address down the road, Everitt and Chief Adams agree a big issue Red Lick faces -- and other volunteer departments -- is their retention and roster.

Of the 32 people on the roster for Red Lick, less than half show up and participate for calls.

"The reality is about 13 or 14 people come and show up," he said. "On a cold night for a car wreck, there could just be three or four."

Often times, that number is even lower.

Everitt said it isn't uncommon that sometimes it can only be one or two people who respond to the initial scene.

"We get Berea who comes out here to help us, but that can take about 20 or so minutes. That is a long time when you are trying to help out at the scene by yourself with one other person."

Chad Furrow, a volunteer with Red Lick and paid firefighter in Lexington agreed retention is a big issue. He joined the department in 2017, but has worked in fire safety since 2008. He said being at the volunteer level was always something he aspired to do.

Furrow said having a department two miles from the house where he grew up, he was happy to volunteer.

This trait, to serve others, is one Furrow and Everitt said you do not see much anymore in the younger generation.

"The younger generation has changed," Everitt said. "They don't have the same public service drive. I came from the hippie generation in the 80s where you paid it forward. You just really don't find that anymore."

Furrow added with the time it takes to get recruits to the 150 hours they need to be certified, some volunteers do not even last that long. The COVID-19 pandemic caused this to be even more stringent, due to the fact the groups couldn't meet for trainings, and were behind on meetings.

"We totally shut down and actually picked up more roads," said Everitt. "The meetings got cancelled but we were still responding to calls. Since things were slow, and guys were not working as much, we picked up more roads. With meetings, we stopped meeting in-person and there was one time the governor opened things back up and we could teach CPR, but the next thing we knew, it was all shutdown again."

"That is a huge problem right now, we need as much help as we can get," Furrow added. If people have the time to train we would love for them to come in and do just that," Furrow said. "Come in and train up and get those checkboxes to become a full paid firefighter. You start as a volunteer and work your way up to career-paid firefighters. We will take as much help as we can get, anything anyone can give to the department we appreciate. It is not just for us as volunteers, it is for everyone in our community."

Another issue which has been exacerbated by the pandemic is the ability to fundraise.

While their department receives state and local assistance -- $16,000 through the county, and $11,000 from the state -- they are tasked with raising the remainder themselves through donations. This amount can range anywhere from $4,000 to $10,000.

In year's before the pandemic, they could have chili cookoffs, live shows and other events. However, Everitt said those efforts are put on hold until the pandemic is subsided.

Because of this, the department has looked to new avenues to be able to keep their doors open. Each year, the volunteer department participates in a road pickup grant with the county government where they receive $100 a mile for trash picked up.

In addition, the group has been able to get thousands in grant funds. Recently, a $29,000 FEMA grant was recently awarded for extrication equipment. Furrow added another department project he has enjoyed working on is to incorporate a new facility into the department after receiving a grant from the state fire commission to build a new training complex behind the fire station where they can conduct live burns, and practice any chapter within the manual to train volunteers.

"That right there has been my biggest drive," Furrow said. "We are going to take training from just throwing ladders on the side of the station to practicing simulated scenarios."

Furrow, who is a training officer for RLVFD, and the other members of the department are continuing towards writing new grants, and getting more materials.

One of the things Furrow would like to accomplish is to build a rescue program. More often than not, the department handles many search and rescue missions. Red Lick has helped rescue a 5-week-old puppy out of a well, a 13-year-old runaway, and even a man who was lost searching for mushrooms.

"So what the goal is to try to make it so that we are able to operate on most rescue scenarios," Furrow said. "Being able to incorporate rescue stuff is a big goal for me and the department over the next three to five years."

While the Red Lick Department is working to make things better for their volunteers, at the end of the day, it all comes back to the community.

"You are taking care of your friends when you are a true volunteer fire department," Everitt said. "We are farmers, we are factory workers, we are high school students, we are a 70-something retired guy who just keeps showing up. You don't have to be the person who saves a life, but you can certainly help us out."