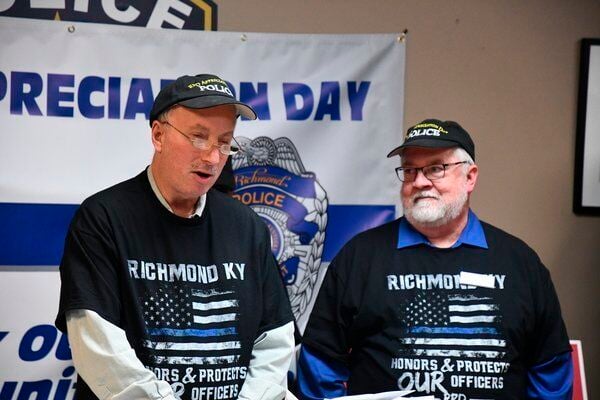 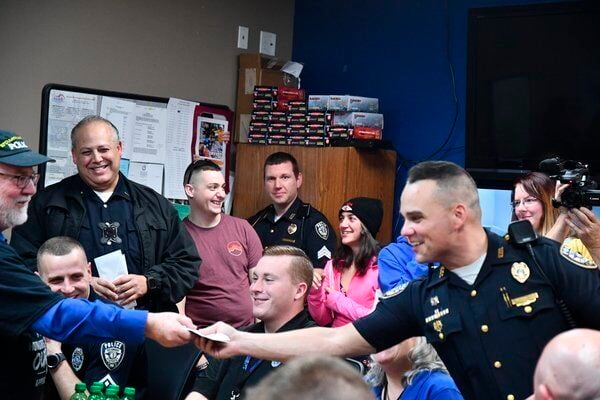 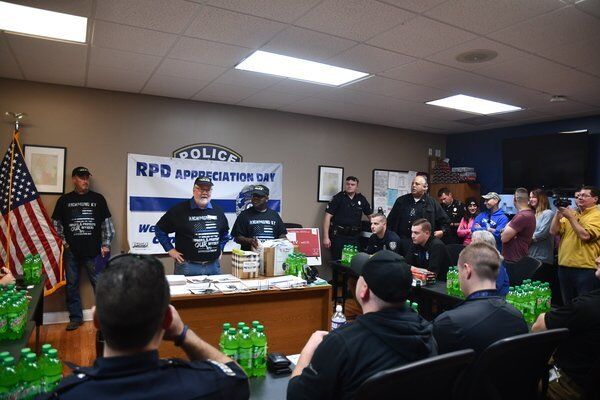 The men and women of the Richmond Police Department gather for RPD Appreciation Day.

The men and women of the Richmond Police Department gather for RPD Appreciation Day.

Steve Rosenberg didn't think there would be any more than one RPD Appreciation Day after the first event was held in memory of the late Officer Daniel Ellis and also as a thank you to the other members of the Richmond Police Department.

That's why it wasn't referred to as an "annual" event when it was held for a second time. That all changed on Friday afternoon, as the seventh Annual RPD Appreciation Day was declared.

The RPD Appreciation Day coordinator looked back to the first year that the event was held. Rosenberg had no idea how well it would be received.

"I had no idea, other than at the time when I started it, we did a lot for the family (of Daniel Ellis), we had a fundraiser for them. But I also wanted to acknowledge and appreciate the work of the entire police department, because they all take the risk every day. I just felt that it was important to do. Lo and behold, the community instantly was fully supportive," Rosenberg said.

The landlord had no plans to hold the event for a second year, but one of Rosenberg's tenants — a manager at Culver's — said his restaurant wanted to participate and give out free baskets to the police force. The rest is history. 5 years later, and the event is still going strong.

Held at the Richmond Police Department, RPD Appreciation Day gathered the men and women in blue for a series of giveaways sponsored by institutions across Richmond. Everyone attending the event received an envelope with a free meal from one of the restaurants in town (usually valued around $45.70, a nod to Ellis' badge number 457) and gift certificates from various other businesses in town. This could be anything from a free round of bowling to $20 off any purchase at a shoe store.

While everyone in attendance got an envelope, there were a series of big-ticket items up for grabs that were drawn at random. These included several sets of tickets for UK games, tickets for a Cincinnati Reds game, a day out at Kings Island, a smart TV, a tablet, a trip to Gatlinburg, a trip to Las Vegas, and a trip to Panama City.

"It's amazing what the community does for us as a department. We're so appreciative of it. We're blessed to work for this community. It's one big team effort and you can tell how much our people enjoy it. It's pretty awesome. This is a special event," Richardson said.

The mood in the the police department was a jovial one full of laughter and camaraderie. Rosenberg says the excitement from the people in the department is his favorite part of the event. It's also a large departure from the mood of the first RPD Appreciation Day held in 2015 after Ellis' death.

"These people jump up and down and give each other high fives. To me, that's what I look forward to more than anything. Just seeing these people happy. When we first started in 2015, they were crying and had their heads down. They had just lost one of their co-workers, a 33-year-old with a wife and a kid. It rocked the community," Rosenberg said. "Their heads were down. They were devastated. And it's still a reminder of how dangerous the job is, it still stings. But this is something good coming out of something bad. It's the community showing their support for their police department."