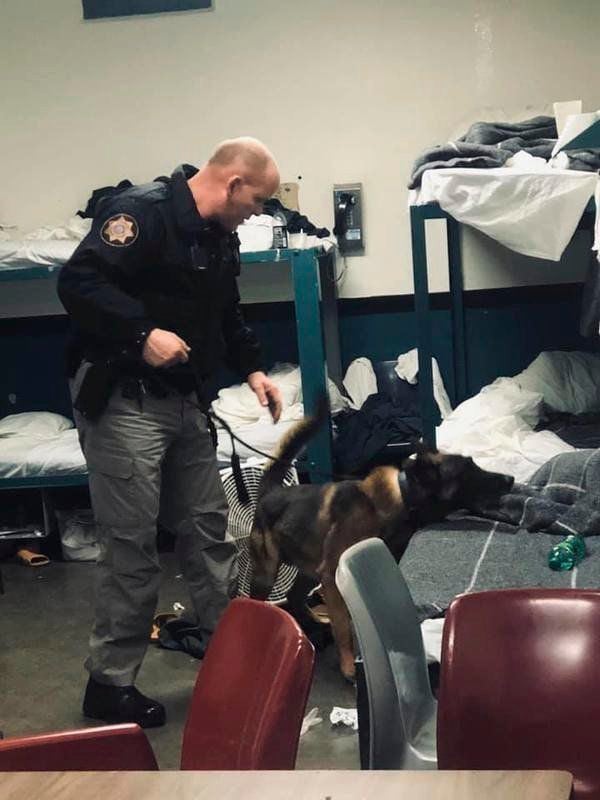 Two canines with the sheriff's department, Jimmy and Bo, search an area at the detention center looking for suspected narcotics. 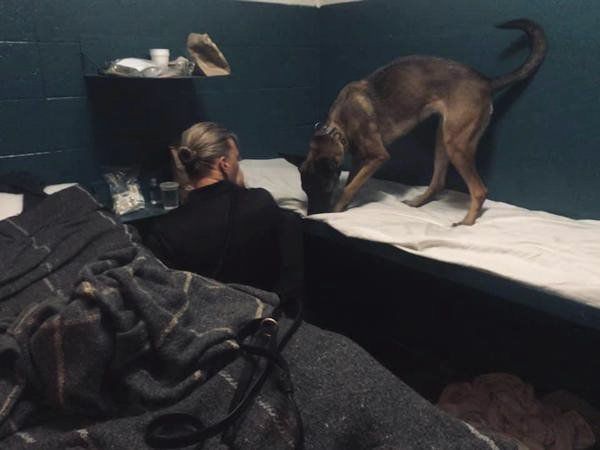 One canine sniffs a bed at MCDC.

Two canines with the sheriff's department, Jimmy and Bo, search an area at the detention center looking for suspected narcotics.

One canine sniffs a bed at MCDC.

The Madison County Sheriff’s Department K9 unit was called to the Madison County Detention Center on Wednesday evening and was able to locate a small, personal baggie of methamphetamine upon their search.

According to Jailer Steve Tussey, the jail had inside intelligence of drugs being present, which prompted them to call in the assistance of the sheriff’s canines.

“We knew a general area, and we called the sheriff's department and said, ‘We need the help of your dogs,’ and they came over and assisted us,” Tussey told The Register. “The dogs did alert on a couple of different areas where we suspected the drugs to be and they pinpointed the drugs specifically.”

He said the canines assisting the jail is not uncommon, as the detention center does “routine shake downs” having the dogs come in about once a week to search for drugs.

“This was not a big bag full of meth they intended to distribute through the jail, this was enough to just get one person high,” Tussey said.

In regards to how he thinks the drugs were brought into the facility, he does not suspect any of his staff in this instance.

“I know that has been asked a lot on social media,” he said. “Sure, we have a history (of jail employees bringing in drugs), I have fired a lot of people and put several in jail. No one doubts what my stance is on dirty staff.”

The drugs that were seized Wednesday night were most likely brought in by an inmate, according to the jailer.

Tussey said this sparks other rhetoric from the public as to why the jail doesn’t strip search their inmates, which they jailer reports, they do conduct strip searches.

“We do strip search all inmates,” he said plainly. “As long as the mentality is to stick something so far up themselves I can’t retrieve that myself, they are then going to go back to their respective cell and proceed to retrieve it themselves and then put it in their mouth. As long as that mentality exists in a drug user, I cannot combat that, I can’t prevent that. All I can do is try to slow it down and try to stop the use of it.”

This continues to be an ongoing investigation by the jail and the sheriff’s department. The individual thought to have had the drugs will face additional charges, reported Tussey.