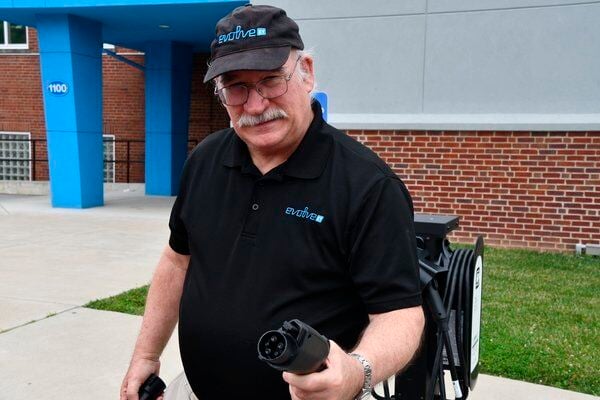 Mike Proctor is on the board of directors for Evolve KY. 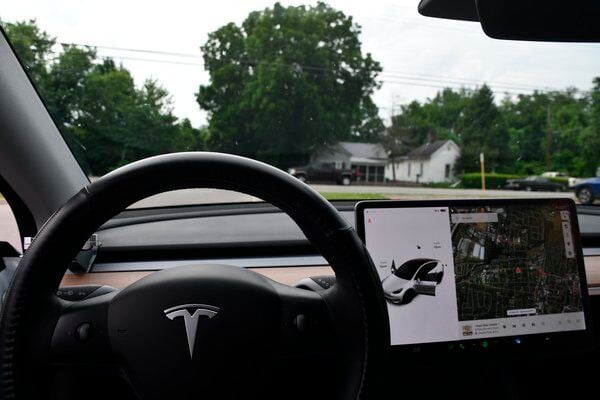 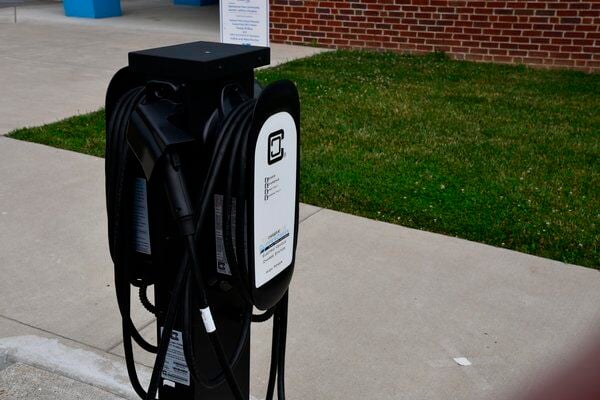 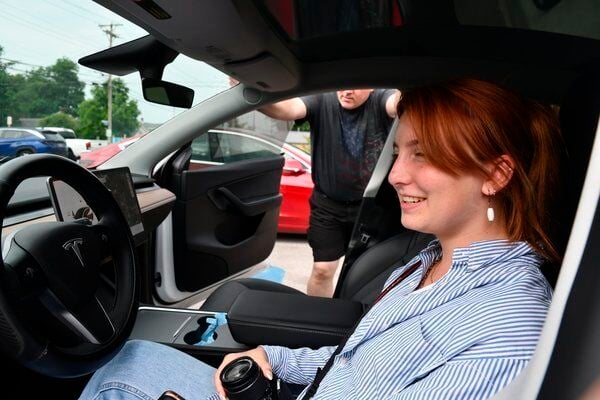 Register Summer Intern Debra Murray got the chance to drive a Tesla. 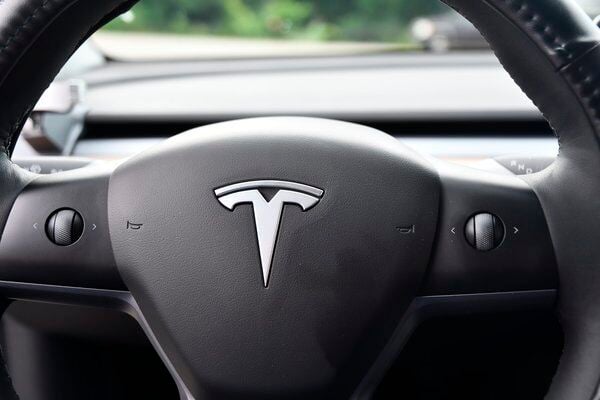 Mike Proctor is on the board of directors for Evolve KY.

Register Summer Intern Debra Murray got the chance to drive a Tesla.

As Americans continue to feel the pinch of high inflation and costly energy prices, major automakers have asked Congress to lift the cap on tax credits for buying a hybrid or fully electric vehicle.

It is one of more than 55 free-to-use Level 2 charging points installed in the Kentuckiana region by Evolve KY -- a group of electric vehicle enthusiasts.

"Evolve KY is a group of energetic owners and enthusiasts of electric vehicles. Some of us have expensive electric sports cars, while others have more modestly-priced cars. Some are hobbyists interested in creating a vehicle from scratch. But one thing we all have in common is the desire to move our current boring state of driving forward -- and fast," reads a description of the Evolve KY from their website.

Proctor said he has driven his Tesla around town and on trips to Tennessee and Ohio. His mission, along with the other members of Evolve KY, is to promote the use of EV's. For Proctor, that often means meeting people and giving them a chance to get up close and personal with his Tesla.

"It's a little bit of an uphill battle. There are no incentives at the state-level for this stuff. They're are plans to come in and make a battery plant, but there's nothing for EV drivers in terms of incentives. The only incentives are at the federal level," Proctor said.

Sliding into Proctor's Tesla feels like something out of a movie. It is utterly silent starting up and driving. The seat automatically adjust to its driver's frame. The weight of the EV is apparent when hitting turns. It can rapidly hit the speed of 60 miles per hour, but begins to slow down as soon as the foot is taken off the acceleration pedal.

While the practicality of EV's is especially apparent in times when gasoline costs $5 a gallon, the burgeoning technology does face several hurdles. Accessibility is still one of the biggest issues, especially in more rural areas like Eastern Kentucky.

"That's something we really need to work on, but it's kind of a chicken-and-egg situation. Folks haven't really picked up on this idea of the electric car in these parts of the world. So they aren't saying 'We need to invest in the infrastructure to make it happen,'" Proctor said.

Charge times are another issue, as it can take anywhere from 12 hours to 30 minutes, depending on what level of charger is being used, to fully recharge an electric car. The chargers installed by Evolve KY (like the one at the YMCA) can charge around 200 miles in 20 minutes.

According to Proctor, the driving range for EV's has dramatically increased over the years.

Christian Elrod is another driver who has made the switch to EV's. He just got back to Richmond after a road trip in his Tesla Model Y and said stopping to charge isn't that burdensome.

"I let the Tesla do its thing. You can say 'Tesla, take me to Ardmore, Oklahoma or Dallas, Texas,' and it will map it out. It will tell you you need to go here and you have to stop for 12 minutes to charge," Elrod said.

While finding a public charger may be difficult in some areas, EV's will save their drivers in the long run. According to a study from the U.S. Department of Energy, charging an EV across the 15-year lifespan of a vehicle is an estimated $14,480 cheaper than getting gas for a traditional vehicle.

Another benefit of EV's is maintenance cost. There is no need for common fixes like oil changes or spark plug replacements with these vehicles. However, that comes with a cost of its own when EV owners find themselves in need of significant repairs.

"There are Tesla repair centers. The closest ones are Knoxville, Nashville, and Cincinnati. Louisville is gonna have one before too long. They also have a mobile van that'll come out and work on the car in your own driveway," Proctor said. "They're trying to cover the bases. They don't have the dealership coverage that Ford does. If something isn't driveable, they'll send a flatbed truck to come and pick it up."

While Tesla's fall in the high end range of EV's, there are more affordable options available for potential drivers. There are even some hybrid options of EV's that can be charged or take traditional fuel.

"We affectionately call those folks 'gateway drugs.' Get your feet wet and get feeling used to the idea of plugging in the car and what not. From there, we'll see a lot of folks transition over to a full battery," Proctor said. "There's this psychological thing we call 'range anxiety.' Folks are like ' Man, I'm going to run out of power and be stranded on the side of the road.' The plug-in hybrids fix that."