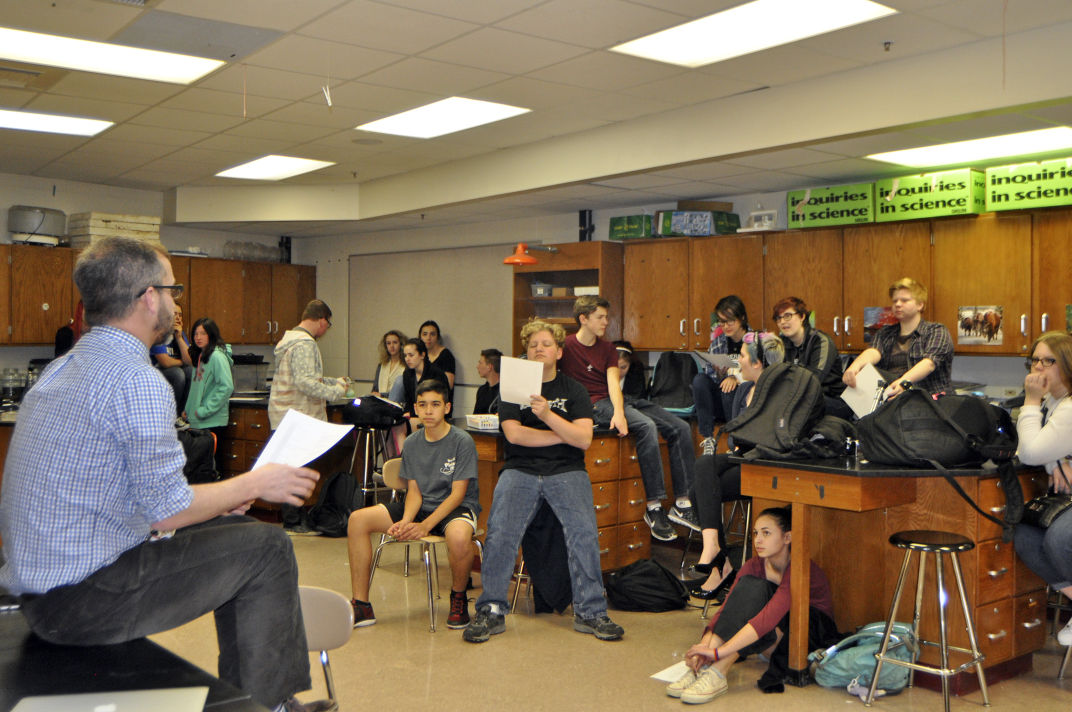 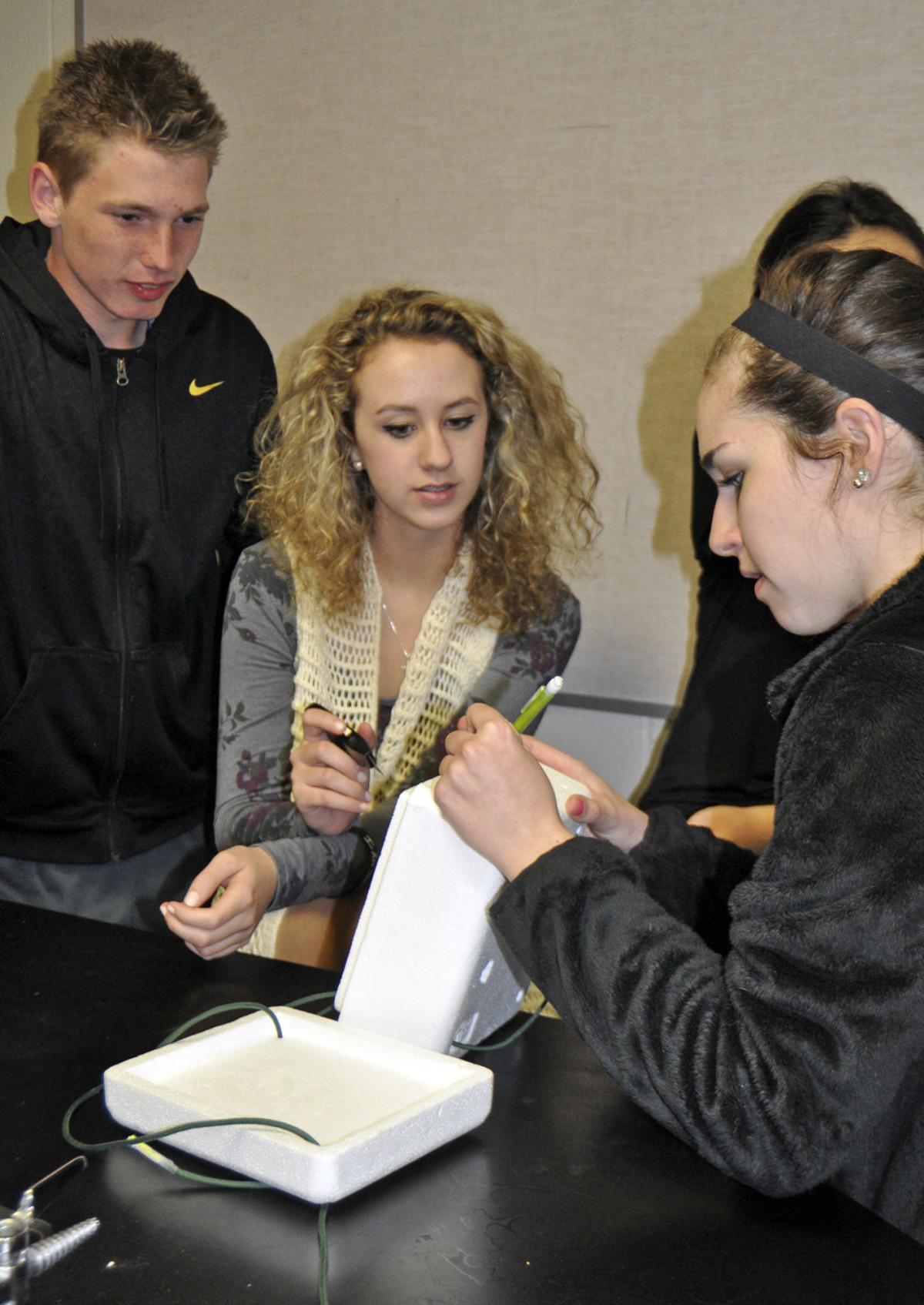 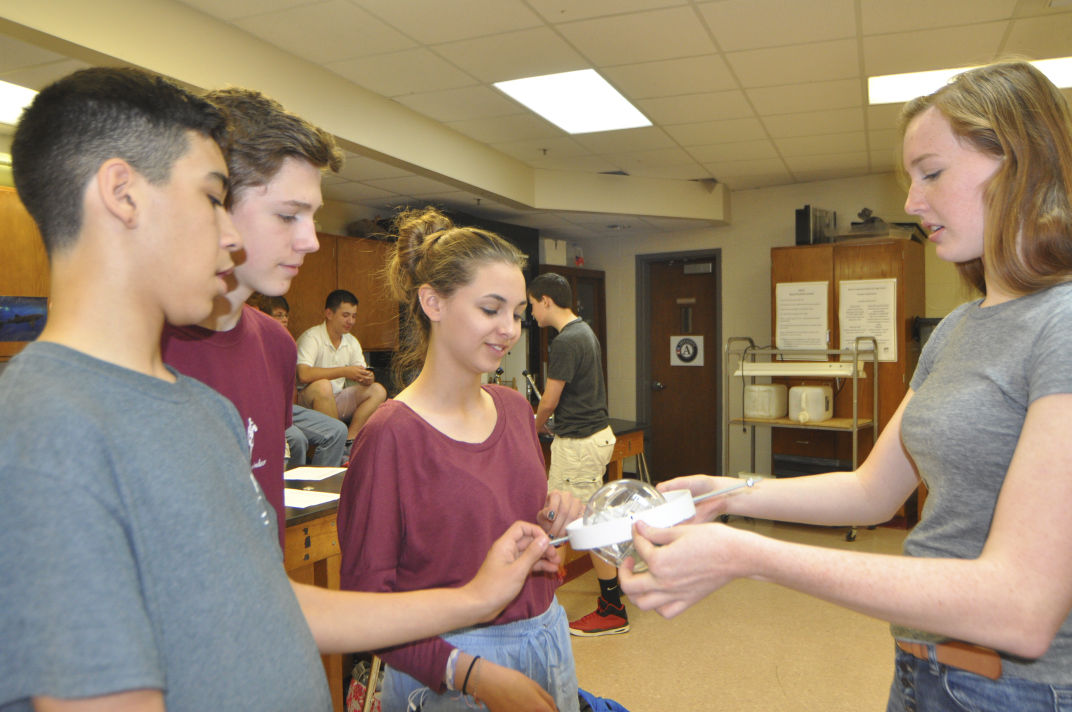 Joshua Woodward's ninth-grade honors integrated science class at Berea Community High School looks more akin to a NASA control room these days rather than a high school science lab thanks to a class project that will have the student's — literally — reaching for the stars.

According to Woodward, the class has spent the entire spring semester designing a project to launch experiments to near space (approximately 120,000 feet) using a high altitude weather balloon. The class is planning the mission, constructing the payload and launch system, running the on-board experiments, and even using the project to learn about force and motion.

"I saw where other schools had completed a similar project and asked my student's if this was something they would like to pursue," Woodward explained. "While other projects like this have been completed in a shorter time frame, I wanted my students to lead the project and work out problems for themselves, so we dedicated this entire semester to the project."

The class is split into six groups or committees with specific jobs pertaining to the project, who have to work together to get the project finished. The class is composed of an executive, administrative, design, media, research, launch and testing teams.

Ninth-grader Lydia Zaring said while it is challenging to keep all the teams on track and communicating, she thinks the collaborative aspect of the project has taught her valuable skills.

"It's teaching us how to work in groups and how to work together towards a common goal," Zaring said. "We have six groups dedicated to our own jobs and we have to constantly keep track of where everyone is and how far along in the project we are."

"He really whipped us into shape, and while he lets us make our own decisions about certain aspects of the project, he is also there for us when we have questions or need guidance," Smith said of his teacher.

MacGregor Lakes said the project has allowed the students to get real-world experience and learn about science hands-on.

"We are building stuff and having to make sure the measurements are correct as well as researching and learning about aeronautical maps and no fly zones," Lakes explained. "It's a big thing for us and the entire school."

The learning doesn't end at Woodward's door either, said MacGregor. As the class masters new scientific theories and principals, they are also share their knowledge with the middle and elementary schools.

"We are building a scale model to show the elementary school and we have presented the project to other classes so everyone is involved," the ninth-grader said.

Constance Wright said she enjoys the hands-on approach to learning the project gives the class and the change of pace from her regular classes.

"In my other classes we are sitting down, working on a bellringer," Wright said. "In this class, we get to move around and work together on things we might have to do in our own jobs one day."

In addition to building the craft that will be launched in space, the students are planning several experiments to compliment the video and still photo footage taken by the craft.

"We still haven't decided what exactly we are going to do for experiments, but we have looked into sending plants up or tardigrades, which are microscopic animals that can live in extreme conditions," Smith explained.

While the students have been learning about physics, Woodward said he has also learned something new from the project.

"I actually had to get an amateur radio license for our project because we are using a transmitter to track the flight of our balloon," the teacher laughed. "I had to study and pass an exam to receive the license. I have a call sign and everything now."

In order to pay for the supplies, the class launched a GoFundMe page earlier in the year. The have received more than $2,000 in donations to fund the project. Woodward said an unexpected donation of $1,000 from the GoFundMe team enabled the class to take the project to another level.

"I told them that we might be able to pull this off for around $1,200 dollars and we would need to borrow some old cameras people had lying around in drawers, but the GoFundMe donation really made a difference. We were able to purchase new GoPro cameras and now we have the capability to track the balloon the entire time as well as design better experiments," Woodward explained.

The teacher said the project has really captured the imagination of his students and the generosity of donors locally and around the country has allowed his students to slip the bounds of their classroom. Woodward said it's something they will always remember

"They are learning how to work as a team," Woodward said of his class. "While their time-management skills may need some work, I'm very proud of what they have been able to accomplish."

The class expects the project to be finished next week with a launch date scheduled for April 16 where, hopefully, just as their mascots forged a path into the unknown seas, the Berea Pirates will traverse the edge of space.

For more information about the project or to donate to Mr. Woodward's class, visit https://www.gofundme.com/piratesinspace or follow the class on Twitter @PiratesNSpace19.