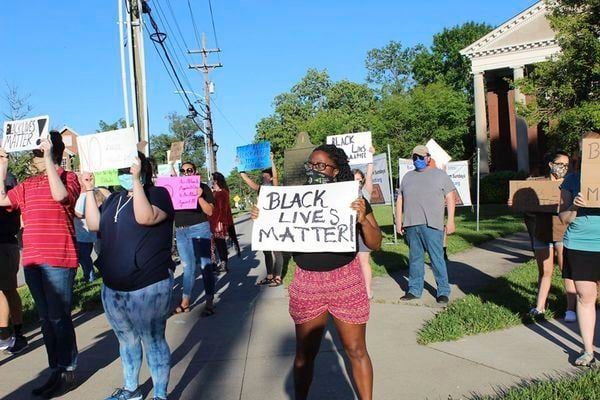 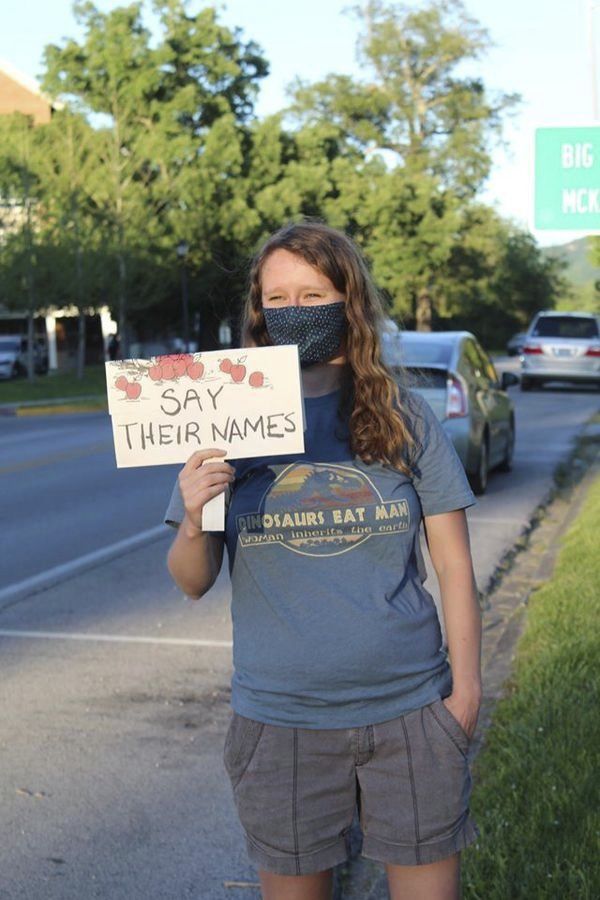 A Berea protestor holds a small, but effective protest sign. 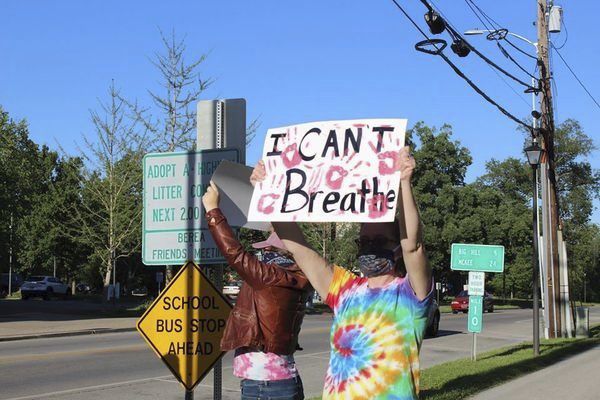 An "I can't breathe" sign is held high -- which were the last words spoken by slain Minneapolis man, George Floyd. 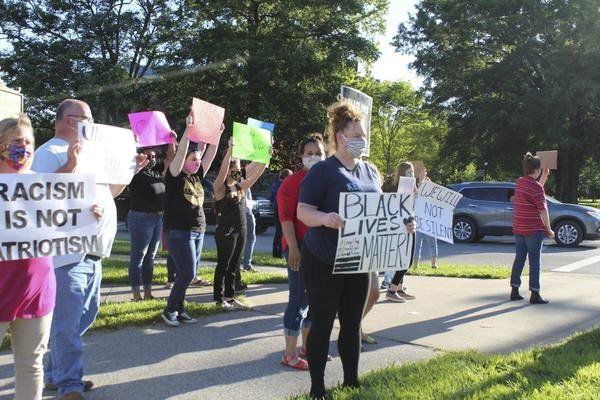 A Berea protestor holds a small, but effective protest sign.

An "I can't breathe" sign is held high -- which were the last words spoken by slain Minneapolis man, George Floyd.

Editor's note: This article has been updated to include new information which reschedules the protest to its original time of 1 p.m. on June 6.

Organizers of a Black Lives Matter protest scheduled to take place in Richmond this Saturday insist their event will be a peaceful one.

“This is a peaceful protest,” said one organizer Shaela Worsley, a Madison County native. “And we want to keep it as peaceful as possible. We want to show that this town and these people are not a threat, and that we want to work with everyone to bring about change.”

Worsley, along with lifelong Madison County resident Aria Woolridge, told The Register they decided to organize a peaceful protest after seeing the local impact in neighboring Lexington in response to killings of George Floyd and Breonna Taylor, who were both black and unarmed.

“We saw how powerful things were at the protest in Lexington, Kentucky, which isn't too far from here,” Worsley said. “I am also a young politician who is always seeking change and will always fight for my voice to be heard, with many others feeling the same way. Lexington is also a big city, but we want people to know that there are powerful voices here in a small town like Richmond, Kentucky, as well.”

The group plans to meet in downtown Richmond on Main Street Saturday, June 6, to conduct a peaceful march with decorated signs.

Richmond Assistant Police Chief Rodney Richardson said he was aware of the protests, and said his department supports all peaceful demonstrations.

“We as police just want to make sure it stays safe, and that the message (they are sharing) gets across and can reach as many people as possible, in a safe way,” he said.

Making sure safety is a priority of all those participating in protests, RPD will have a presence at the event Saturday, Richardson said.

“I’m okay at this point with folks wanting to protest as long as they do it in order… not the kind of stuff as we have seen take place over the weekend in other urban areas,” the mayor said. “We’re going to reach out and see how we might help and be proactive...What we want to see is peaceful protest.”

He said his concerns primarily landed with protesters who may come from outside of the Richmond city limits wanting to potentially incite violence in an otherwise peaceful protest.

Having already exercised their right to peacefully assemble, are citizens and community members in the nearby city of Berea.

According to Berea Police Chief Eric Scott, approximately 100 to 150 protestors gathered in organization with the police department on Saturday and Sunday to protest.

“It was a family-oriented event, and there were a lot of individuals from the community and the college,” Scott said. “Some people had kids, but it was a very peaceful protest.”

He said officers were on the scene, but just to ensure that no one was there to cause harm.

In fact, the new police chief said the event was so peaceful, his office received multiple ‘thanks’ Monday morning for their work and willingness to participate.

“I was very happy looking at going into work Monday as a police chief having heard of what others are dealing with over the weekend with different stories of vandalism and destruction,” he said. “There were no issues when it came to the protests. It was a very peaceful event, and was exactly what to expect and hope to have.

“We encourage anyone to assemble and speak their mind peacefully as the Constitution gives them that right.”

Berea Council member Emily LaDoucer was one of the protestors who took to downtown Berea. She called the weekend’s event “intentionally peaceful.”

“There were some participants who felt overwhelmed by the support they felt and found themselves in tears,” she told The Register. “And there were far more vehicles that honked, waved, or raised a supportive fist out the window than there were those who called out negative commentary…”

She said the BPD was phenomenal with their presence and making safety a priority for those that wished to express their opinion.

And while she said many may argue that protesting is ineffective or useless, she would reply if it were their family member, how would they feel?

“If a family member of yours was unjustly murdered, how would it feel to know that millions of people around the nation were standing in solidarity with you, thinking of you and your family, mourning with you and crying out peacefully for a better, more just future for our children?” She asked. “It is a public way of saying ‘You are not alone’ and it builds community.”

She said before taking place in a rally or protest, to set your intentions before leaving, committing yourself to peace and understanding. And also, to know that the coronavirus is still very real and a present danger.

“Weigh the health risk of attending places that may be crowded,” LaDouceur advised. “Wear a mask and practice social distancing to reduce risk of spreading the virus. To that end, if you can’t attend a protest or it just isn’t your thing, there are other ways to engage.

“Support those on the ground, donate to bail projects, offer educational materials to family and friends, promote truthful kindness and understanding on social media platforms, get civically engaged, the list goes on. The real work lies ahead when we return to our homes and our communities to promote racial understanding and confront the biases present in our daily lives. Don't be afraid to make change, which includes making some mistakes along the way. No one is perfect, but we can all be better.”

The organizers of Saturday’s rally are requesting monetary donations via the CashApp, or donations of markers, poster board, food and water for protestors.

The Saturday protest is scheduled to begin at 1 p.m. and take place on Main Street in downtown Richmond.

“We want justice and we want our voice to be heard,” said Woolridge. “We don’t need anymore innocent people getting killed.”

To donate to the protest organizers, donations are accepted through CashApp by sending money to $Arievette or $Shaelaworsley.

A separate, additional peaceful protest is scheduled for Friday evening at 5 p.m. at the Family Dollar parking lot in downtown Richmond.