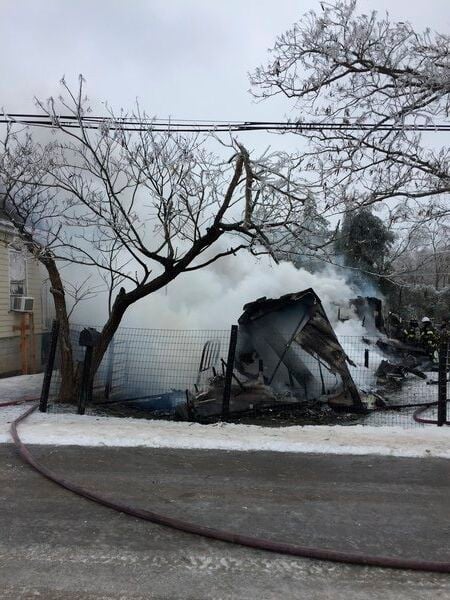 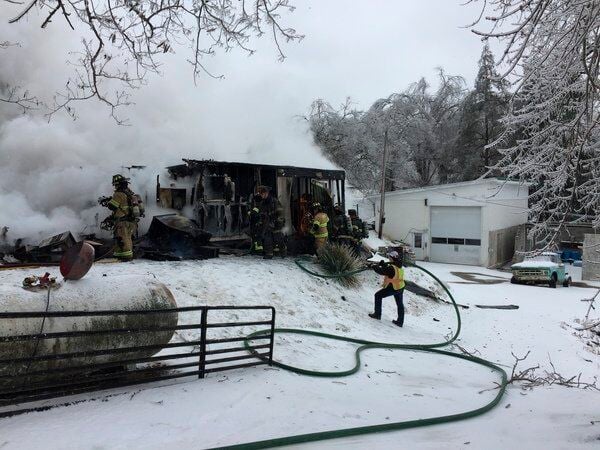 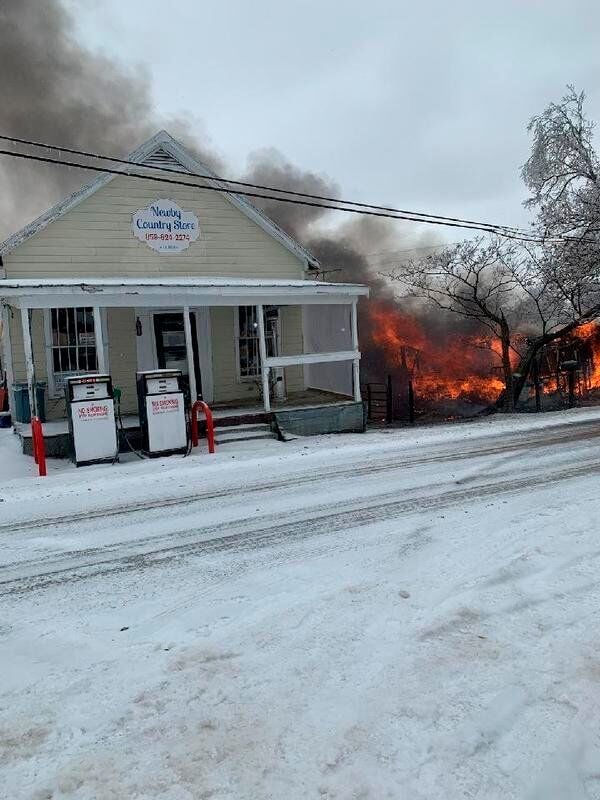 NEWBY — Ashlie Hatton, owner of Newby Country Store, thought all she had to worry about on Tuesday was staying warm while snowed in at her home in Newby without electricity.

That changed early in the afternoon.

Hatton said around 1 p.m. her phone started to chime with texts and calls.

“The store is on fire,” Hatton said the texts read.

Hatton, who lives near the store, said her family went outside earlier and saw black smoke coming from the store’s direction.

“I didn’t pay any attention to it… I just thought someone was building a bon fire to keep warm or something,” Hatton recalled.

As Hatton and her family were snowed-in and could not safely make it to the store, neighbors offered to go to the store and investigate the scene.

While the early reports of the store on fire were incorrect, Hatton said she was saddened to learn it was her neighbor’s home that was engulfed in flames.

“He’s one of the most wonderful people you will ever meet. He is that amazing next door neighbor that watches out for everyone. He has done so much for us and been so supportive of our business,” Hatton said.

Capt. Herb Lovett of the Madison County Fire Department said the home next to Newby Country Store was completely destroyed by the fire.

“It’s a total loss,” the fire captain said. “Thankfully, everyone was able to get out of the home safely.”

Lovett said the fire department received the call around 12:30 p.m. and the home was fully engulfed in flames by the time firefighters arrived at the scene.

“It was a little slower for us to get out there, because the road conditions due to the weather,” the fire captain noted. “It makes things a little tougher — the weather. There is a potential for trucks freezing. It’s very cold and that is tough on the firefighters.”

Volunteers with the Kirksville and White Hall Fire Departments were also able to make it to the scene to assist. About 20 firefighters worked the scene, Lovett added.

“The firefighters did an incredible job,” Hatton said. “Nobody has power out here and the roads have been bad, but the lineman and the firefighters have just been amazing.”

Hatton said she was very worried the fire would make it to the gas pumps in front of the Newby Country Store, but firefighters were able to contain the flames.

“Our neighbor even had the foresight to move his truck during all this,” Hatton said. “If his truck would’ve caught on fire it would’ve probably exploded. Everyone just did an amazing job.”

Remarkably, Lovett said the 130-year-old building which houses the Newby Country Store will likely have very little damage from the fire.

Hatton said, while she is thankful her store was spared, she is now focused on trying to help her neighbor.

The owners of Newby Country Store have started a GoFundMe to help their neighbor who lost everything, while also trying to protect a local business.

“Our main concern is getting our neighbor back on his feet,” Hatton said. “When we can talk to our neighbor, we will see how he wants to allocate the money raised. We also want to do something for the firefighters that came out.”

According to Madison County Fire Department officials, the cause of the fire has yet to be determined.

Hatton said she is grateful for her community for coming together on Tuesday to show support for her family’s business and their neighbor.

“Our community is completely pulling together, even in the middle of all this crazy weather and without power. It’s what makes our community great. We now just want to make sure our neighbor is okay. The devastation of his loss is far beyond his home. Now, we want to look out for him as he has done so much for us,” Hatton said. "We always say, 'We are Newby Blessed, and Newby spans far beyond Newby.'"