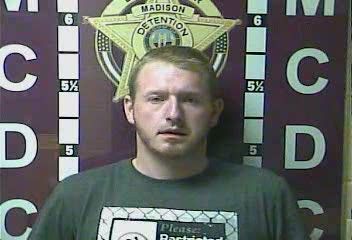 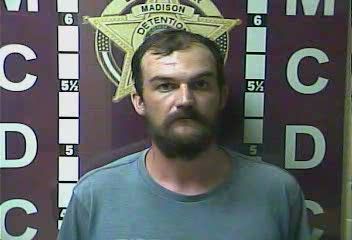 The man state police say shot Anthony Thacker, 29, of Beattyville, on Sunday morning in an argument over drugs was already wanted by Berea Police after he eluded police seven days earlier.

Thacker was taken to the University of Kentucky Medical Center after the shooting, where he was recovering Monday afternoon, said Trooper Robert Purdy, KSP spokesperson in Richmond. Thacker was conscious and talking, Purdy said.

William Charles Arvin, 29, whose most recent address is listed in arrest records as the 300 block of Baugh Street, Berea, remained in the Madison County Detention Center on Monday afternoon on a $100,000 cash bond. He is charged with first-degree assault, first-degree controlled substance trafficking (methamphetamine), convicted felon in possession of a handgun and evidence tampering.

In a related arrest, Bryan Christopher Moore, 29, of Beattyville, was jailed on an evidence tampering charge. His arrest citation states that Moore removed Thacker’s weapon from the scene and hid it in a vehicle.

Moore was arrested on Waco Loop Road near its intersection with College Hill Road near Irvine Road. He remained in jail Monday afternoon on a $2,500 bond.

According to citations filed at the jail:

After Arvin’s 2:34 p.m. arrest Sunday on the Eastern Bypass in Richmond, he told investigators he shot Thacker after the victim displayed a weapon in an attempt to rob him.

Arvin said he fled after the shooting, disposed of the handgun and went to a Keystone Drive apartment where he hid in a closet.

Police then searched the apartment, finding a bag with a substance that field-tested positive as methamphetamine, a digital scale and a pipe. Arvin also was in possession of $1,000 in cash when arrested and told investigators he was a convicted felon.

Arvin’s weapon had not been recovered as of Monday afternoon, Purdy said.

After his arrest, Arvin was served at the jail with a Madison County warrant obtained by Berea Police. It charged him with second-degree fleeing/evading police (motor vehicle), drug paraphernalia possession, driving without a license, failing to maintain insurance, no tail light and license not illuminated.

After a Berea Police office attempted to stop Arvin on a motorcycle May 1, he abandoned the vehicle in the Madison Southern High School parking and fled on foot. The campus is not far from Baugh Street, but can be reached by vehicle only via Richmond and Glades roads.

Arvin also was served with warrants charging him will failing to make court-ordered restitution on 12 counts of theft by deception (cold checks) after a 2012 conviction in Estill County.

According to online records, Arvin previously resided on Killarney and Forest lanes in Richmond as well as on Reese Street and Opossum Run Road in Irvine. He has been jailed eight times in Madison County since September 2004.