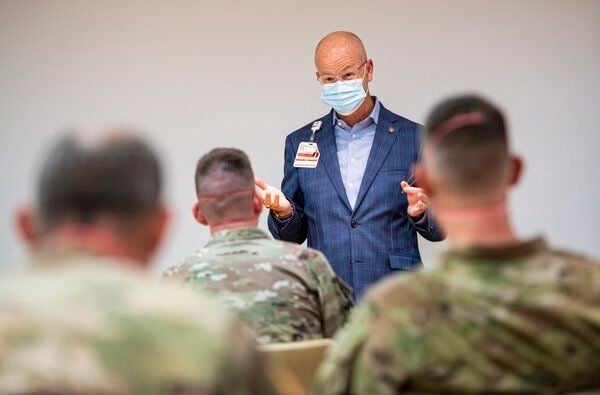 BHR President Greg Gerard said the National Guard arrived at the perfect time to assist them to fight the high cases of COVID-19. 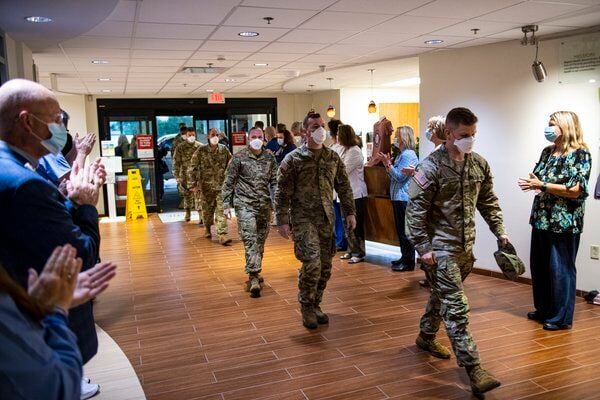 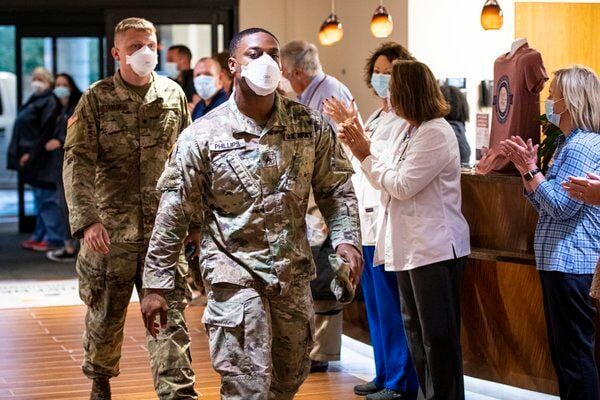 The National Guard has arrived at Baptist Health Richmond to assist the healthcare staff in their efforts to fight the high cases of COVID-19. 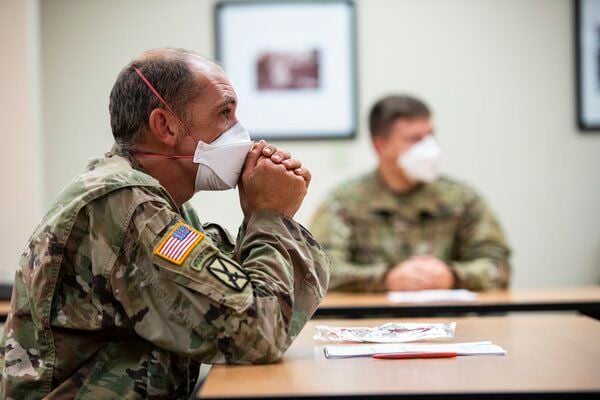 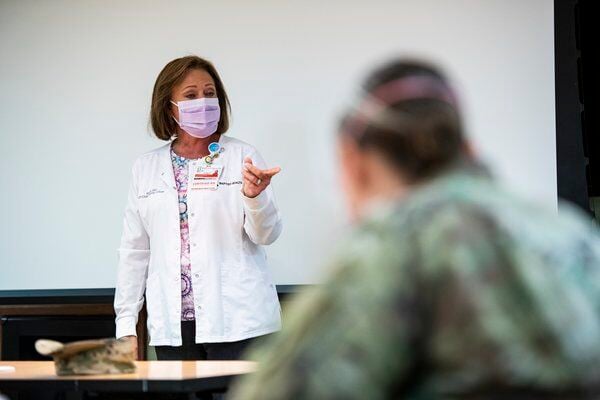 Baptist Health Richmond is placing patients in other areas of the hospital, and are asking that unless it is a life threatening emergency, patients go to urgent care.

BHR President Greg Gerard said the National Guard arrived at the perfect time to assist them to fight the high cases of COVID-19.

The National Guard has arrived at Baptist Health Richmond to assist the healthcare staff in their efforts to fight the high cases of COVID-19.

Baptist Health Richmond is placing patients in other areas of the hospital, and are asking that unless it is a life threatening emergency, patients go to urgent care.

The National Guard has been called in to assist Baptist Health Richmond as the hospital continues to see high volumes of patients with COVID-19.

As of Wednesday, 32 patients are receiving treatment for the virus at the hospital. Twenty-eight of whom are unvaccinated, and four individuals who are vaccinated.

Baptist Health Marketing Coordinator Sara Stringfield stated there were currently eight individuals in their facility in the intensive care unit. One of whom is a vaccinated patient, and seven individuals who are unvaccinated. This number is down from 38 patients which were being treated as of Monday.

Baptist Health Richmond President Greg Gerard said the Guard showed up at a critical point for the facility.

“We are so grateful to have the Army National Guard at Baptist Health Richmond,” Gerard said. “The members will be assisting with various non-clinical, support staff roles. Their arrival was just when we needed it the most due to the increase in the number of COVID-19 patients we’re caring for at our hospital.”

On Monday of this week the hospital issued a statement which said, unless a person is experiencing a life threatening event, shortness of breath, or chest pains, they need to use the services of urgent care or virtual care.

"Without our community’s support and collaboration, we are at the brink of being unable to effectively care for our patients in the same way we are all accustomed,” said Erica Gregonis, MD, Baptist Health Richmond chief medical officer.

CHI Saint Joseph Berea is also seeing a steady number of patients in their facilities for COVID.

In addition to continued surges at hospitals, deaths related to the virus are also rising.

Five people have died in the past week and a half due COVID-19 related deaths, according to numbers reported on the state's virus dashboard.

As of Sept. 21, a total of 126 deaths have been recorded since the pandemic arrived in March 2020. An additional death was reported Monday, Sept. 20, and three deaths were reported the week of Sept. 13 through Sept. 19.

The dashboard also recorded 100 new cases from Monday to Tuesday. Madison County's incident rate is 117.8 cases per 100,000 population per day.

Local officials and healthcare providers are still urging anyone who can to get the vaccine, as well as use a mask, social distance, and practice good hygiene.

Richmond Mayor Robert Blythe made comments at a Tuesday commission workshop meeting for the board to do everything they can as officials to encourage others to "do the right thing."

"We are hearing news from our hospitals that just isn't good," he began. "They are asking certainly for our help by doing the right things that will keep us out of their numbers so to speak. They are having a tremendously difficult time."

Blythe said he did not mind admitting to the board because of previous health issues, the mayor finds himself scared to think he could not use the hospital's services if he needed to do so.

"It scares me that if I need to go to the hospital for emergency services — not related to COVID-19 — they are now discouraging showing up because they don't have the personnel, they don't have the capacity to handle anymore. What a dilemma this is. I simply ask all of us to do our part and to try to stay as healthy as possible so that we don't have to call upon their services. I cannot imagine," Blythe said.

Despite the rise in cases, popular events in Richmond and Berea are continuing.

The city of Berea hosted just last weekend their three-day event Spoonbread Festival which welcomed thousands of people to their city park. In addition, the event hosted vendors from all across the state. Madison Southern High School will also plan to host a traditional homecoming celebration this weekend. Halloween in the Park will continue as of now on Oct. 31.

Also in the month of October, the city of Richmond plans to host numerous events such as the Halloween Hoedown and the first annual Millstone Festival. For several weeks, the Millstone Committee has watched the COVID-19 situation, but as of Tuesday, still plan to move forward with the event.

Mayor Blythe and City Manager Rob Minerich shared they felt it was okay to still move forward with the event following the example of other cities in Central Kentucky, as well as Berea.

"(I) shared also with our friends through the Central Kentucky area through the Bluegrass Ad, just to let them know we are moving forward. We noticed this last weekend of course, Berea moved forward with their annual Spoonbread," Blythe said. "I think every community represented in Bluegrass Ad meeting, in that call, suggested that they were planning to follow through with their annual festivals this year — with precautions of course and perhaps some modified approaches. But, they plan to proceed so I think we are right on schedule with our neighbors."

To find a vaccine visit vaccine.gov.