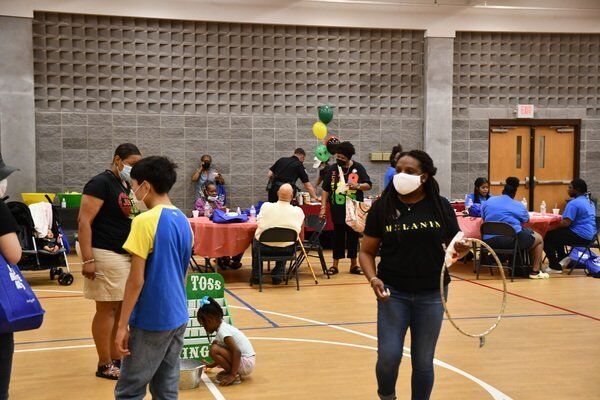 The Richmond-Madison County Branch of the NAACP hosted its second annual Juneteenth celebration on Saturday with a health fair and gala. 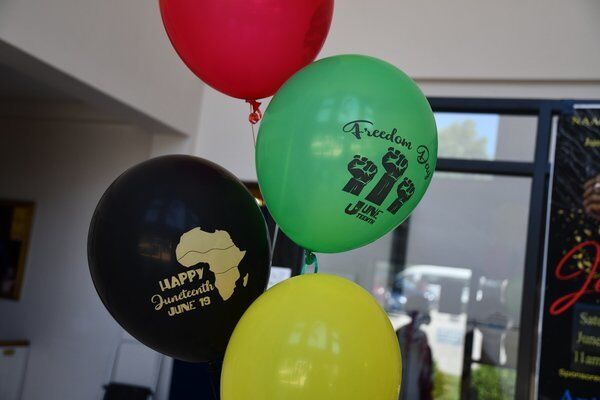 The Richmond-Madison County held it's second Juneteenth celebration on Saturday. 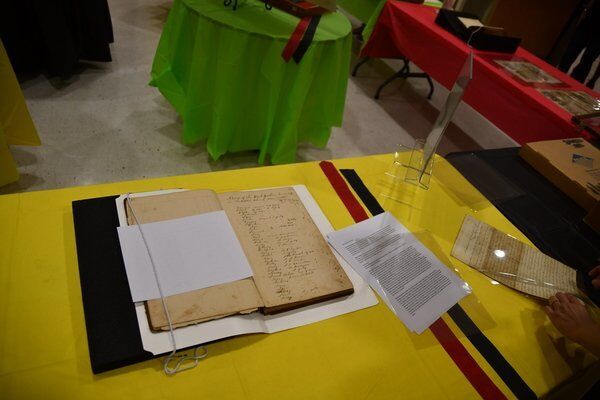 A number of primary sources were pooled together from the archives of Eastern Kentucky University and Berea College to give visitors of the celebration a better idea of slavery. 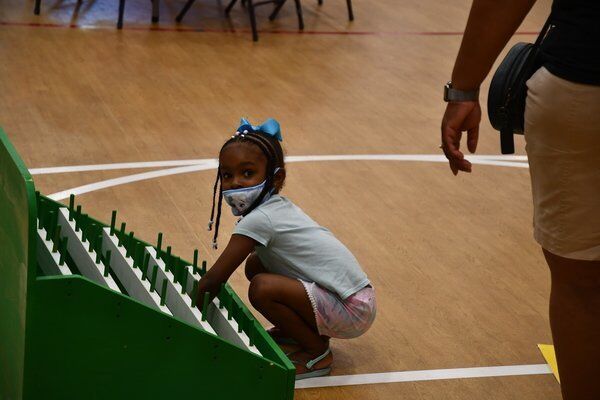 A number of games were set up at the health fair. 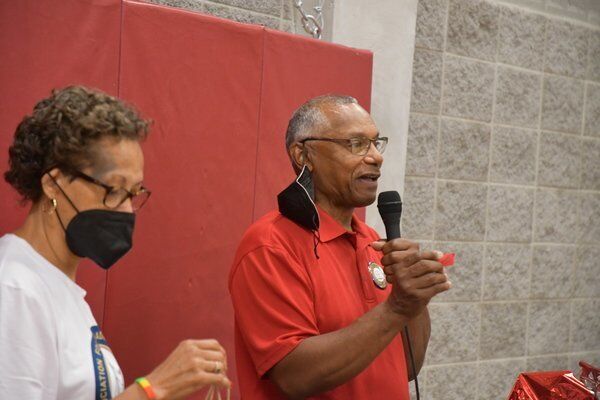 Door prizes were given away at the event.

The Richmond-Madison County Branch of the NAACP hosted its second annual Juneteenth celebration on Saturday with a health fair and gala.

The Richmond-Madison County held it's second Juneteenth celebration on Saturday.

A number of primary sources were pooled together from the archives of Eastern Kentucky University and Berea College to give visitors of the celebration a better idea of slavery.

A number of games were set up at the health fair.

Door prizes were given away at the event.

"Juneteenth means absolute freedom - at that time for my ancestors - but for me as well," Jerry Bedford, president of the African American Genealogy Group of Kentucky, said on Saturday. "I would recognize that more as my Independence Day, more so than the Fourth of July."

Officially made a federal holiday in 2021, Juneteenth celebrates a moment that occurred in Texas at the end of the Civil War on June 19, 1865. Several years after President Abraham Lincoln read the Emancipation Proclamation, Union General Gordon Granger announced that all enslaved people were free. The date is now celebrated as the symbolic end of slavery in the United States, with some celebrating it as the true Independence Day.

The Richmond-Madison County Branch of the NAACP held extensive celebrations for Juneteenth on June 18. An all-day affair, it kicked off with an Anthem Medicaid sponsored health fair at Richmond's First Methodist Church which lasted from 11 a.m. to 2 p.m. A booth was set up to help people get registered to vote. The Richmond Police Department were also present at the health fair. The day ended with a semi-formal gala at the Copper Fox. The sold out event opened doors at 6 p.m., with a buffet dinner, dancing, a DJ, a presentation on Underground Railroad quilts from Judy Greene-Baker, and more.

"The theme this year is celebrate, educate, elevate... We wanted to use this Juneteenth celebration to highlight health in our community. You can come and get all these different health screenings. We're all stronger and much better for one another when we're healthy," Reverend Mitch Brown, president of the Richmond-Madison County Branch of the NAACP, said. "We're not just bringing everyone together to bring awareness to this. So much has been lost over the years and generations from strong family foundations, black and white. So we want to bring emphasis on how much we've lost, even though we've come a long way."

Apart from food, door prizes, party games, and health vendors, the fair was also educational in nature. A room was set up detailing the history of slavery and the Civil War in Madison County. It was part of a collaboration between the archives of both Eastern Kentucky University (EKU) and Berea College. With the aforementioned African-American Genealogy Group of Kentucky, the Madison County Historical Society, Berea Tourism, and the Sons of the Union Veterans of the Civil War also bringing their resources together for the display.

"We kind of put this together on the fly in the last two weeks," Sharyn Mitchell, past president and co-founder of the African-American Genealogy Group of Kentucky, explained. "We have original documents, even around the walls you'll find bill of sales for the former slaves... I think the earliest one we have here is from 1829... Basically, we're talking about the history of slavery and the Civil War and the soldiers of the Civil War in Madison County."

The exhibit also included pictures of unidentified people featured in a collection at the EKU Archives. Visitors were asked to help identify some of those people.

Ever the historian, Mitchell said the original pieces of documentation present in the display will help people get a better understanding of slavery.

"A lot people don't know a lot about slavery. They know of slavery, but it's not up close and personal like the documents that we have here. There is this one we have here that talks about a boy named Hagan. He's got one pair of shoes for the whole year. It talks about what they (slaves) were allotted for clothing. Sometimes there's information about whether they're to be sold, or not to be sold, and how much that people are and so forth," Mitchell said.

Mitchell continued, noting that many of the laws regarding slavery from the Civil War era had a ripple effect that can still be felt today.

"They're still going on today. It's just like people say, well pull you up by your bootstraps. But what they don't realize, that so long the laws were in place, that they kept us down. Redlining, for example, just different things that you wouldn't think about. One of the things that we talked about the with NAACP, when the schools were segregated then you had the difference in the quality of the education. You had things that weren't taught," Mitchell said.

While Juneteenth was only made a federal holiday in 2021, it has been celebrated long before. According to a report from the New York Times, one of the earliest celebrations of the holiday occurred in Houston, Texas in 1872. A group of African American leaders in the area bought land and created Emancipation Park, with its purpose being to hold a Juneteenth celebration.

"I've known about it for quite a while. There was a community I'm from in Cincinnati, it was called Kennedy Heights. It was that council that actually started celebrating it in Cincinnati back in the 1970's. That's when I became aware of it and to this day, it's a celebration that's been going on now for about 55 years in Cincinnati. It's spread from that community to all over the city. So these events are happening all over the place now," he said. "It makes me feel better that such a date would be commemorated and honored by the federal government. I think it's a step in a right direction towards, as they call it, racial conciliation."

The NAACP plans to go bigger with their next celebration of Juneteenth. Mitch Brown spoke about what the holiday means to him, calling for unity in the process.

"Juneteenth is not just a Black Holiday. It's an American Holiday. This is an event for all Americans. When we come together we're much stronger - and we can come together," Brown said. "None of us can know the impact of what the end of slavery meant for those slaves once they were free and the bondages they endured to have their freedom. But to update that to where we are now, we know that when we look around so much in our communities, every community - Black and white - is hurting... Patriotism has to be more than waving flags and shooting firecrackers. It has to be in how we treat one another, especially in times of crisis."