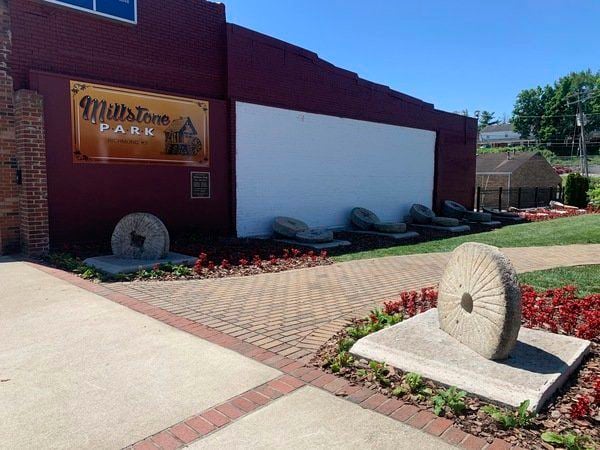 A white space takes up a portion of the building behind Millstone Park, which was introduced in October of 2019. 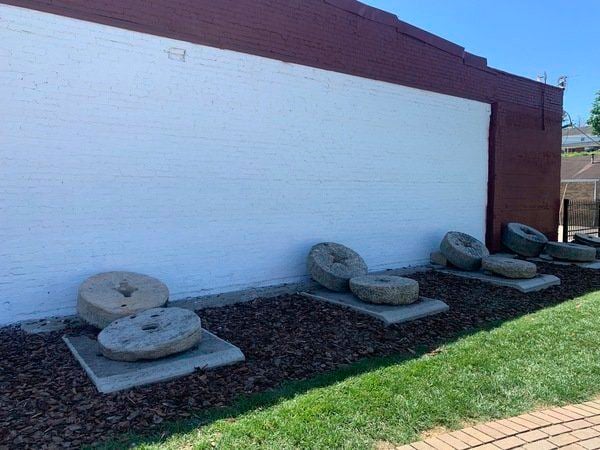 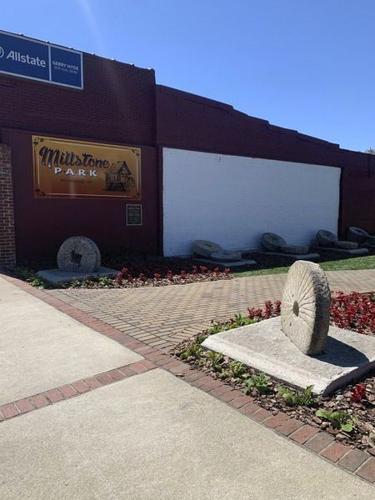 A white space takes up a portion of the building behind Millstone Park, which was introduced in October of 2019.

Currently a blank canvas, the white space painted along a stretch of the Allstate Building in downtown Richmond will soon be home to a mural, becoming the newest addition of Millstone Park and the Mill District.

According to Rob Minerich, the city's manager, the mayor and city commission felt it was important to tell the story of the mills' history that were formerly located in Richmond.

One of which is the Zaring Mill, a former flour mill built in 1892 by J.W. Zaring along Dreaming Creek, located where Family Dollar and the former CVS Pharmacy sit now.

The Zaring Mill was chosen to be depicted in the mural to showcase the city's mill history.

According to previous Register columns, Zaring came to Richmond from Shelbyville and called his product Zaring's Patent. The building had been built and occupied previously by Potts Bonanza Mills.

In reflections about the mill, Fred Engle wrote, "I can recall the fascination the mill held for us youngsters in Madison County in the 1930s and 1940s. It seemed a most mysterious place, but the smell was good. Corn and wheat were both run through the mill. The corncobs went into a furnace to help generate steam to run the machinery. The mill also had its own electric plant and often operated at night. The Zaring Patent Flour was widely used in Kentucky and other nearby states by the housewife who wanted something a little bit better than the usual. The corn meal was also quite popular with Kentucky cooks."

However, the building was torn down in 1955 to make way for a Kroger complex.

Flash forward to 2020, Minerich said the mural project has been in the work for some months, gaining momentum from all parties involved.

When the city approached the building's owner, Tim Edwards, about proceeding with the mural, he obliged.

Additionally, the Sherwin Williams plant donated $1,500 of materials toward the project, and retail store employee Renee Barger was helpful in getting the materials necessary.

Graham Allen and Geoff Murphy are the two artists hired to create the mural, Minerich said. According to him, the two artists have done several other murals throughout Kentucky including the John Prine mural in Lexington.

But creating the mural isn't as easy as people think with power washing, sealant and several coats necessary before the main masterpiece is unveiled.

"Anytime you get involved in an old building like this, you are putting on right primers, and there is longevity out of it," Minerich said.

With renderings provided and tweaked, artists are scheduled to start work this weekend, with completion hopefully in the next two weeks.

Additionally, Speedy Denny, the creator of Millstone Park and now Richmond's identity, is working on name plates and historical markers for the structures in the park to understand what they were used for, and who they where donated by.

And although coronavirus has canceled all events throughout the spring of 2020, Minerich is still hopeful to hold the city's first Millstone Festival on Oct. 3, featuring a beer garden, live music, a 5K and food vendors.

"I am really hopeful for the festival," the city manager said. "We all need it."