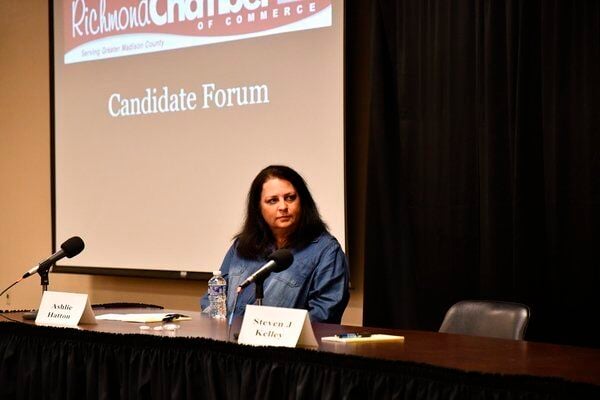 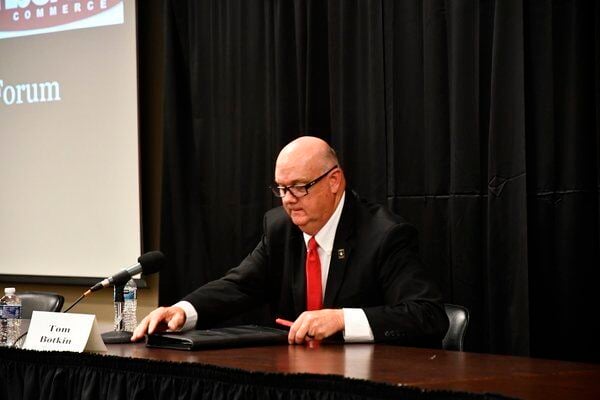 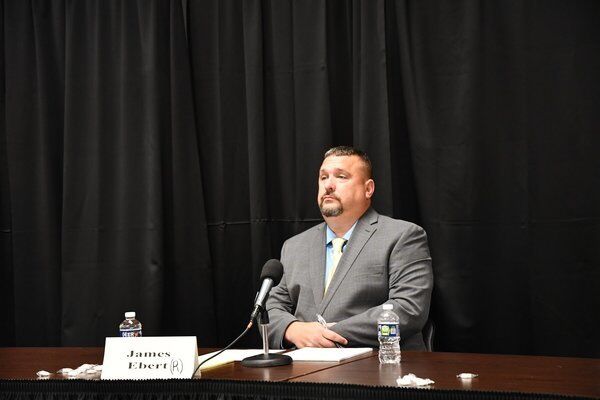 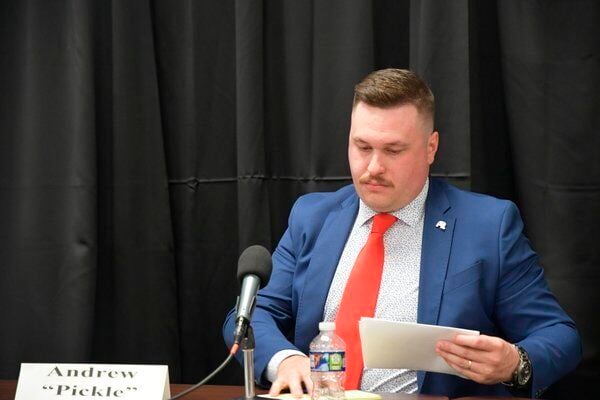 Andrew "Pickle" Simpson checks his notes before answering a question during Tuesday night's candidate forum for magistrates hosted by the Richmond Chamber of Commerce. 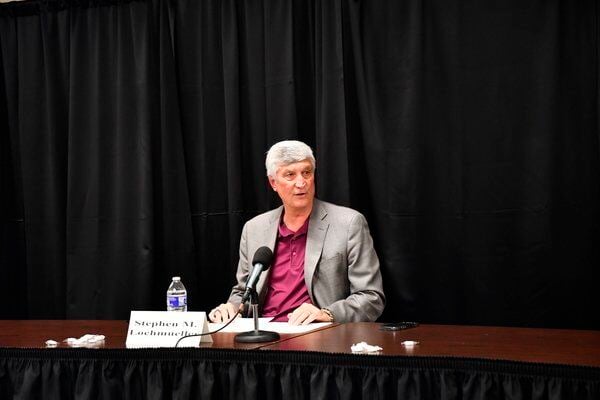 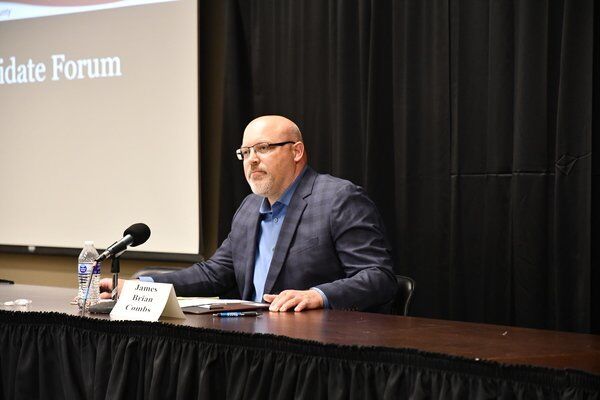 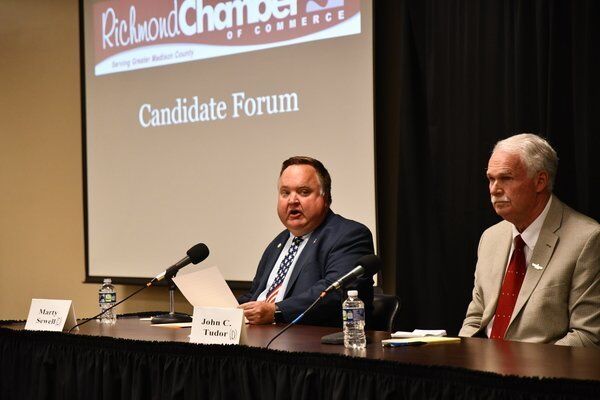 Andrew "Pickle" Simpson checks his notes before answering a question during Tuesday night's candidate forum for magistrates hosted by the Richmond Chamber of Commerce.

On Tuesday, candidates for magistrate gathered for another night of the Richmond Chamber of Commerce's 2022 political forums.

James Brian Combs was solo in the first panel of the evening as he was the only candidate present for the District 1 seat. Edwin "David" Richardson did not attend.

According to Combs, his primary aim is to make people more aware and more involved in local politics.

"We all need to be more involved. We all need to educate ourselves to be more engaged in the process here in Madison County," Combs said. "I've been going to fiscal court meetings for a long time, probably since 2008... A lot of the times I am the only person there... I would like to get out in the community and tell people to get involved in the process. I think town hall meetings would be a great opportunity in the first district."

During the panel for magistrate for District 2, candidates Ashlie Hatton and Stephen M. Lochmueller shared their ideas for the county. Candidate Stephen J. Kelley did not attend.

"Economic development, we're gonna have to do it," Lochmueller said. "We need to take a look, in my opinion, at the northern part of the county, maybe the eastern side or western side. Preferably, not close to the residential areas and maybe open up our own industrial park -- a county industrial park."

Hatton spent time living in Florida, one of the only states which does not charge state income tax. Pending legislation, that is a possibility for Kentucky. She spoke about the opportunities it could bring.

"One of the greatest things about Florida, besides the mouse and the weather, is that there is no state income tax. And one of the greatest things about this last legislative session with our state representatives is they are paving the way for no state income tax," Hatton said. "I think we are in such a great place right now, because we are gonna be so marketable. Kentucky, as a whole; but especially Madison County, to be very selective in how we grow and who we bring in."

Ebert's said he would like to conduct monthly meetings with constituents if elected.

"When it comes to experience, the 20 years of law enforcement and other levels of government experience, and the relationships that I have made in those experiences will serve the people of the third district very well," Ebert said. "One of my plans is to hold monthly meetings with the constituents in the third district itself. That gives them an opportunity directly, in person to voice these concerns in addition to all the other ways of reaching out."

While Ebert and Sewell were in agreement that the needs of their district come first, Tudor noted magistrates can find themselves in complicated positions.

"I think the district is very important, but you're looking at the whole of the county," Tudor said. "You're working to serve your district, but you're also working for the betterment of the entire Madison County."

The departure of CSEPP has hung over all of this year's forums and it was no exception for the magistrates.

"I think we need to keep our taxes as low as we can keep them, that way we can entertain more industry. More economical growth," Sewell said. "We can have multiple businesses come in (at the soon to be vacant grounds at the Bluegrass Army Depot). We can have smaller companies come in that may pay $20 or $25 an hour. That's better than a goose egg. We get the property tax, we get the payroll tax. Yeah, it don't add up hardly as fast, but if you get numbers, they do add up. And we need to live within our means instead of going out here spending, spending, spending."

The night closed with incumbent Tom Botkin and candidate Andrew "Pickle" Simpson talking about their plans for the fourth district. Both candidates spoke about the importance of partnerships for the county.

"I would like to say that we currently do have partnerships with the city of Richmond and the city of Berea," Botkin said, before talking about meetings with Mayor Bruce Fraley. "We meet on a quarterly basis to discuss issues that affect our districts and affect those cities... AppHarvest didn't just walk into Madison County. It took Richmond, it took Berea, it took Madison County to bring 350 jobs from AppHarvest in."