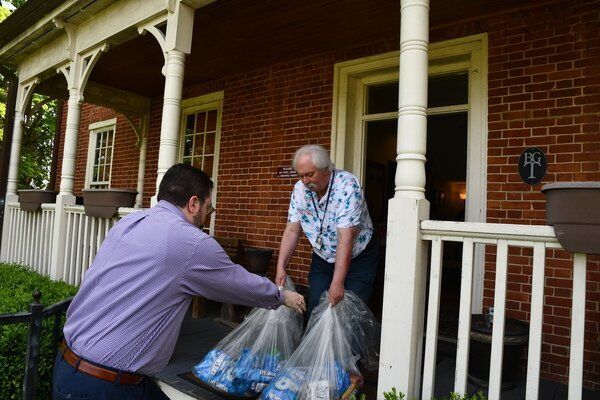 (Left to Right) David Jones and Phillip Seyfrit help load up the lifesavers to go to Military Mission. 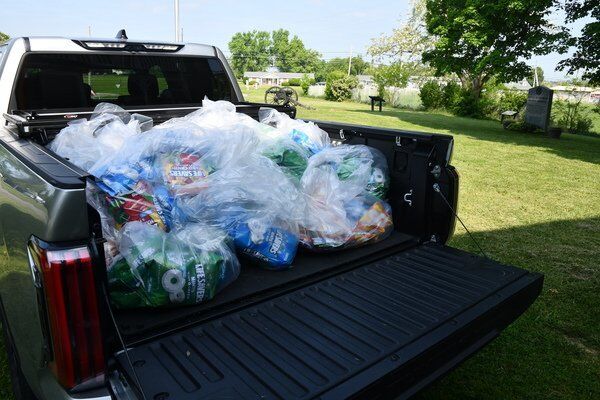 68,263 lifesavers were collected in the second year of "Be a Lifesaver".

(Left to Right) David Jones and Phillip Seyfrit help load up the lifesavers to go to Military Mission.

68,263 lifesavers were collected in the second year of "Be a Lifesaver".

"Be a Lifesaver," a charitable initiative from the Battle of Richmond Visitors Center, just wrapped up its second year. Speaking of all things (individually) wrapped, the people at the visitors center collected 68,263 Lifesavers candies to donate to deployed members of the armed forces.

From the first of March through the end of April, the staff at Battlefield Park accepted donations of Lifesaver candies. They could be dropped off or sent to the Battle of Richmond Visitors Center, which is located at 101 Battlefield Memorial Highway, Richmond.

The literal truckload of candies was collected up by a Lexington charity group called Military Missions, who then boxed it into care packages to be sent to military personnel.

"June 8th we'll put boxes together for 865 deployed U.S. Service members who are deployed overseas so that they have them in place for the 4th of July," said Mark Roland, a board of directors member at Military Missions. "As far as donations goes, this is our biggest donation of candy... By far this is the largest donation of candy we've gotten to date. Glad I bought a new truck."

Battlefield Park Curator Phillip Seyfrit likes to come up with ways to help people. The Lifesaver drive came about during the ice storms which rocked Kentucky in the winter of 2021.

"Nobody was doing anything anywhere. We got to fiddling around and this Military Mission group out of Lexington that we have worked with put out a plea for items as part of a drive they do about four times a year," Seyfrit said in a previous interview with the Register.

Seyfrit said the group wanted individually-wrapped Lifesavers as part of their care packages, something he felt could be easily provided. In the Lifesaver program's first year, 55,000 of the individually wrapped candies were collected by Battlefield Park and donated to the troops.

Donations to "Be a Lifesaver" were also encouraged to people outside of the county as well. The Wild Cherry flavored Lifesavers in particular were requested from potential donors who live outside of the area. According to the staff at Battlefield Park, that flavor of the candy is harder to come by in this part of the state.

According to Seyfrit, the first batch of Lifesavers donated in the 2022 program came from a 99-year-old World War II Marine Corps veteran.