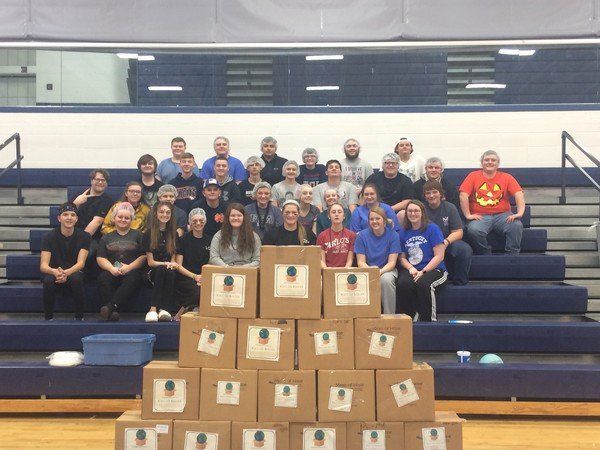 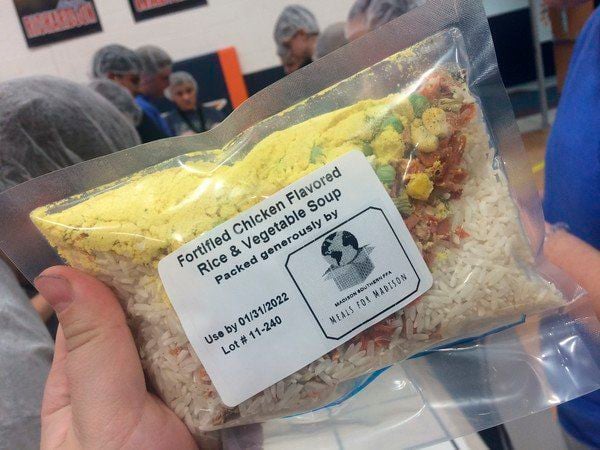 An example of one of the soup meals that Madison Southern's FFA chapter packaged during their lock in.

An example of one of the soup meals that Madison Southern's FFA chapter packaged during their lock in.

Madison Southern's Future Farmers of America (FFA) chapter recently held a leadership lock in that was themed around community service.

Ansley Cornelius, reporter for the Madison Southern FFA chapter, said the service event was titled Meals for Madison. In order to give back to Madison County, the chapter got together around 10 p.m. on late in January and packed over 6,250 soup meals to be sent out into the community.

Cornelius explained there were 35 people in attendance who worked for about two hours in order to package each meal.

"Though it was 10 p.m. at night the energy was through the roof and every member enjoyed getting to actively give back to the people in our county," Cornelius said.

She explained the meals were made out of fortified chicken flavored rice and vegetables such as peas, corn and other ingredients. These were paid for by multiple fundraisers such as penny wars and teach a teacher night, which the students created and ran.

Each member had their own job in the assembly line of making the meals. Cornelius said they added a fun twist to the proceedings by creating two separate teams and having each compete against the other. She noted that the teams, though in a competition, learned about teamwork through the process.

The meals are being donated back to Madison Southern for their food program as well as to God's Outreach in Richmond. Cornelius stated the chapter believed God's Outreach would be better able to distribute the meals to Madison County than they would be able to alone.

Last year the idea for a lock in was geared towards completing paperwork for the FFA chapter. This year, the chapter wanted to put a spin on that idea and focus more on outreach.

"So that the outreach was further than just our chapter," Cornelius said.

The group hopes to do the same event next year and be able to reach even more people.