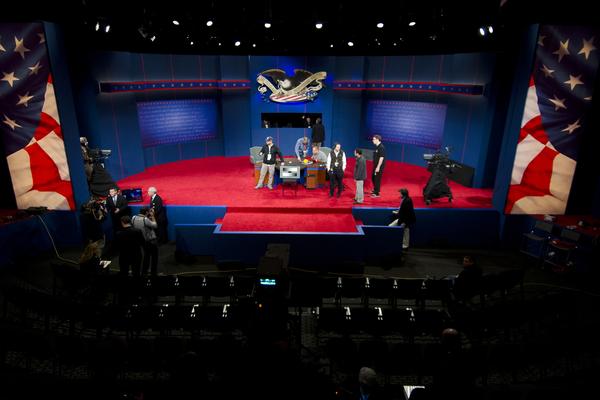 Technicians make last-minute adjustments to the debate set Wednesday at Centre College’s Norton Center for the Arts, the site of Thursday’s vice-presidential debate in Danville. To see a report by CNHI newspaper’s Frankfort correspondent Ronnie Ellis, whose work regularly appears in the Register, go to www.richmondregister.com. 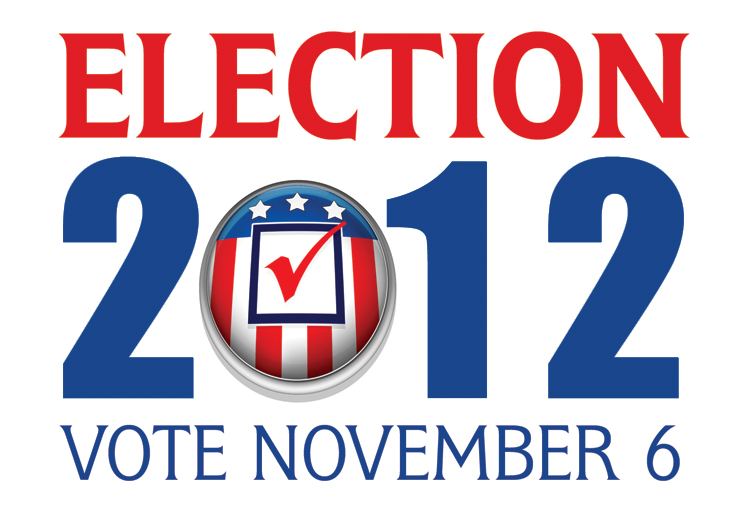 Technicians make last-minute adjustments to the debate set Wednesday at Centre College’s Norton Center for the Arts, the site of Thursday’s vice-presidential debate in Danville. To see a report by CNHI newspaper’s Frankfort correspondent Ronnie Ellis, whose work regularly appears in the Register, go to www.richmondregister.com.

DANVILLE (AP) – At odds in an instant, Republican Paul Ryan cited the death of the U.S. ambassador in Libya as evidence Thursday night that the administration's foreign policy is unraveling. Vice President Joe Biden shot back in campaign debate, “That is a bunch of malarkey.”

“Not a single thing he said is accurate,” Democrat Biden declared in the opening moments of the only debate between the two vice presidential candidates in a national campaign with a little less than four weeks left to run.

Both men seemed primed for a showdown in their opening moments on stage.

Ryan said the administration had accorded insufficient security to Ambassador Chris Stevens, who was killed in a terrorist attack at the U.S. Consulate in Benghazi on Sept. 11

Biden said the budget that Ryan authored as chairman of the House Budget Committee had cut the Obama administration's funding request for diplomatic security by $300 million.

The two men also tangled over the wars in Iraq and Afghanistan, administration steps to prevent Iran from developing a nuclear weapon and relations with Israel, an area where Republican presidential candidate Mitt Romney frequently accuses President Barack Obama of letting down the United States' closest ally in the Middle East.

Biden, 69, repeatedly accused Ryan of misstating the facts – “this is a bunch of stuff,” he erupted at one point.

But the 42-year-old Wisconsin congressman stood his ground. Iran is "four years closer" to having a nuclear weapon as Obama's term nears its end, he said.

The debate took place a little more than a week after Obama and Romney met in the first of their three debates - an encounter that has fueled a Republican comeback in the polls.

With Democrats eager for Biden to show the spark the president lacked, he did so early and often.

Unprompted, he brought up the videotape where Romney had said 47 percent of Americans pay no federal income tax and view themselves as victims who do not take responsibility for their own lives.

“It's about time they take responsibility” instead of signing pledges to avoid raising taxes, Biden said of Romney, Ryan and the Republicans.

But Ryan quickly recited the dreary economic statistics – 23 million are struggling to work, he said, and 15 percent of the country is living in poverty. “This is not what a real recovery looks like.”

Romney has gained ground in national and battleground-state surveys in the week since he shared a stage with the president, and even Obama has conceded he performed poorly.

Asked directly when they could reduce unemployment to 6 percent from the current 7.8 percent, neither man answered directly.

Instead, Biden repeated the president's contention that the nation is moving in the right direction, while Ryan repeated the Republican view that economic struggle persists even though Democrats had control of both houses of Congress during the first two years of Obama's term.

“Where are the 5 million green jobs” we were told would be created? Ryan said to Biden.

Republicans and Democrats alike have said in recent days the race now approximates the competitive situation in place before the two political conventions. The two men are generally separated by a point or two in national public opinion polls and in several battleground states, with Obama holding a slender lead in Ohio and Wisconsin.

Both men campaigned during the day as their political partners prepped for their moment on the debate stage.

Mocking recent changes in Romney's rhetoric, Obama told a Miami rally on Thursday, “After running for more than a year in which he called himself severely conservative, Mitt Romney is trying to convince you that he was severely kidding.”

Romney visited with 93-year-old Billy Graham in North Carolina before speaking to an evening rally in Asheville, N.C. “Prayer is the most helpful thing you can do for me,” he told the evangelist.

For Biden, Thursday night's debate was his first since the 2008 campaign, when he shared a stage with Sarah Palin, then John McCain's running mate.

Ryan spars frequently with Democrats during debates on legislation on the House floor and in the House Budget Committee, which he chairs, but not in a one-on-one encounter covering 90 minutes and a virtually unlimited range of topics.

For all their differences, the two men shared a common objective, to advance the cause of their tickets in a close race for the presidency – and avoid a gaffe that might forever seal their place in the history of debates.

Romney's choice of Ryan as running mate over the summer cheered conservatives in the House, many of whom regard him as their leader on budget and economic issues. The seven-term lawmaker has authored a pair of deficit-reducing budgets in the past two years that call for spending cuts and changes in Medicare, blueprints that Republicans passed through the House and Obama and his allies in Congress frequently criticize. He also champions a no-tax increase approach to economic policy.

As a senator before becoming vice president, Biden was chairman of the Foreign Relations and Judiciary committees, and he has long experience in national security issues. More recently, he was Obama's point man in arduous, ultimately unsuccessful negotiations with Republicans on steps to cut the deficit.

Both Ryan and Biden held extensive rehearsals, with stand-ins for their opponents.

Biden turned to Rep. Chris Van Hollen, D-Md., who is well-versed in Ryan's policy views from his tenure as senior Democrat on the Budget Committee.

After they meet next week in Hempstead, N.Y., Obama and Romney will have one more debate, Oct. 22 in Boca Raton, Fla.