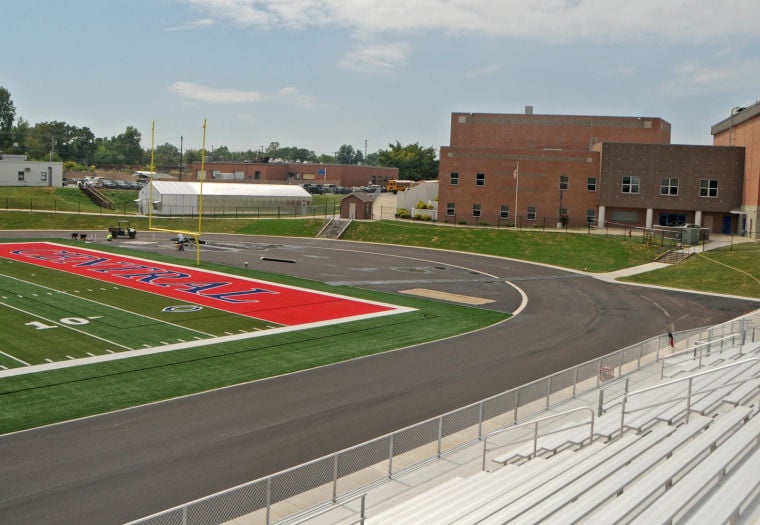 Construction continues at the Madison Central football stadium which will hold 4,000 spectators and have artificial turf Tuesday, Aug. 28. 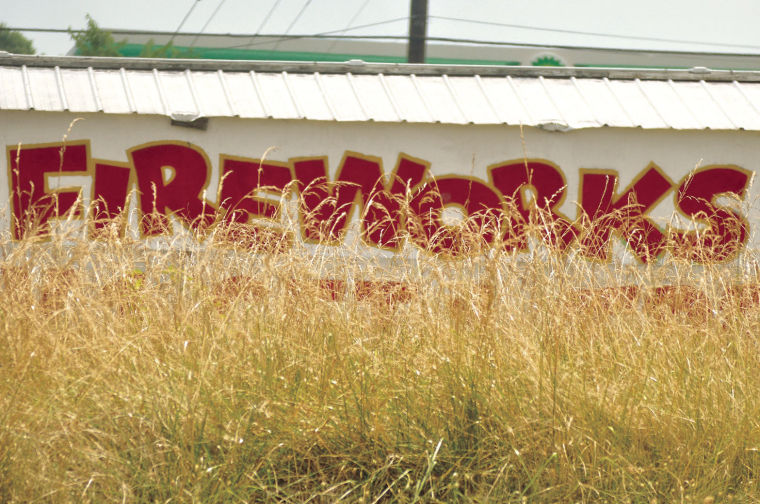 In this July file photo, grass was yellow and crunchy all around the Bluegrass. A county burn ban was implemented June 22. 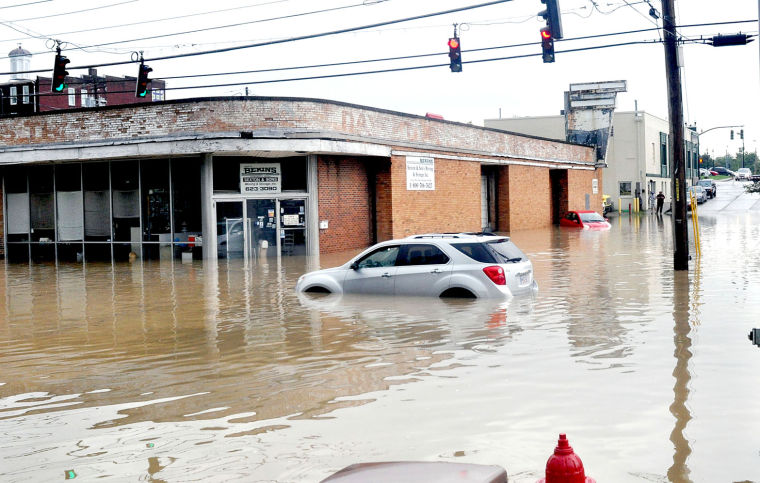 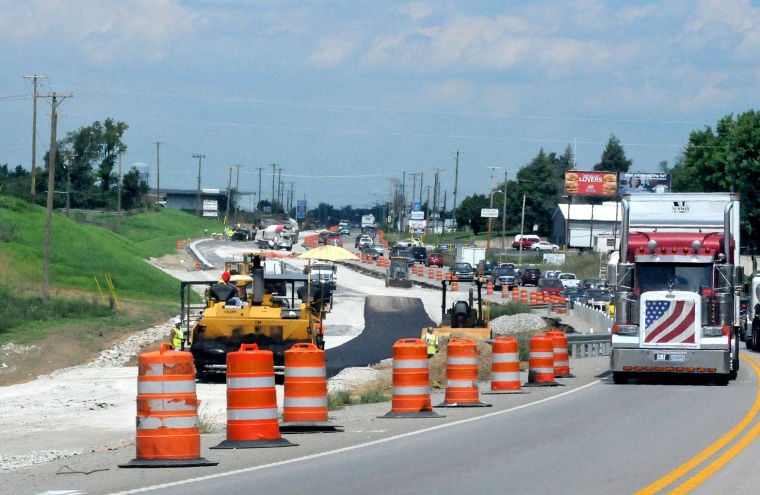 In this August file photo, the U.S. 25 construction project is pictured near the Eastern Bypass.

In this Sept. file photo, Kevin Nalley with Commonwealth Sign Co. adds color details to the new Baptist Health sign on the side of Pattie A. Clay Regional Medical Center.

Construction continues at the Madison Central football stadium which will hold 4,000 spectators and have artificial turf Tuesday, Aug. 28.

In this July file photo, grass was yellow and crunchy all around the Bluegrass. A county burn ban was implemented June 22.

In this August file photo, the U.S. 25 construction project is pictured near the Eastern Bypass.

In this Sept. file photo, Kevin Nalley with Commonwealth Sign Co. adds color details to the new Baptist Health sign on the side of Pattie A. Clay Regional Medical Center.

2012 was a year of highs and lows for Madison County, with Mother Nature, violent crime, the election, economic changes and government spending all grabbing headlines.

Readers of the Richmond Register were asked earlier this month to complete an online survey to select the top 10 local stories of the year from a list of 15 choices. During the 11 days of voting, 82 people voiced their opinions about what has affected them, and their community, the most during the past year.

Today’s edition features the top choices for spots 6 though 10. On New Year’s Day, the Register will list the top five local stories of 2012.

In a 3-1 decision, the school board voted in March to upgrade the school’s outdoor athletic facilities, which included artificial surfaces for the football field and running track, a new stadium to seat 4,000, concession stand, two restrooms, press box, weight room, three ticket booths and other amenities.

Board member John Lackey, the single nay vote, repeatedly expressed his belief the money would be better spent on a new elementary school in northern Madison County.

Madison Central had its first home game Aug. 31 at the new facility, winning a 19-13 victory over Mercer County in double overtime play.

A winter with lower-than-usual precipitation preceded a summer of high temperatures and little rain, causing drought conditions throughout most of Kentucky.

The potential for a dry summer in Madison County was apparent early on with rainfall dropping from 5.17 inches in May to 0.27 inches in June (only three days of precipitation were reported), according to the Kentucky Mesonet weather monitoring website.

Madison Countians were asked to voluntarily conserve water while Richmond and other area cities banned fireworks for fear of starting fires during the dry conditions.

8. Summer thunderstorms cause flooding in Richmond

In the space of 34 days, Richmond saw two thunderstorms that dumped large amounts of water on the city in a short time, causing flash flooding. Downtown Richmond, Boggs Lane and EKU were among several areas that were affected.

The first storm on Aug. 3 dumped 3 inches of water on Richmond in two hours. The city’s fire/rescue and police departments were kept busy during and after the storm as they responded to accidents and reports of flooding.

City officials blamed much of the flooding on old infrastructure. Storm-water improvements, such at the current Sunset Avenue project and the future Water Street project, are designed to help alleviate the problem in those areas

The next deluge occurred Sept. 5. The Madison Lot, a residential-student parking lot at Eastern Kentucky University, had nearly 2 feet of flooding, damaging several vehicles parked there. The lot is near a construction site, and the filters places near the storm-water inlets to catch sediment runoff had clogged.

9. Construction continues on US 25

Drivers have faced some headaches as the project to widen U.S. 25 near the Eastern Bypass continues. The first phase of the project, which began near Kroger, will end just past Pumpkin Run (South Pointe subdivision). The second phase will go to the Duncannon Lane intersection, and the last phase will continue to the US 421/US 25 split.

State highway department officials have said the project is progressing well with work continuing into the winter months. Once finished, the road will be have five lanes – two lanes in each direction and a center turning lane.

Sidewalks and bike lanes also will be installed on both sides of the road.

The Berea end of the project, which is the widening of US 25 North from the Berea Bypass to Ellipse Street, will start in the summer of 2013.

The move wasn’t completely unexpected as Central Baptist had been managing the Richmond hospital for the previous two years.

The new partnership will help bring new services and strengthen existing services the hospital provides, according to hospital officials.