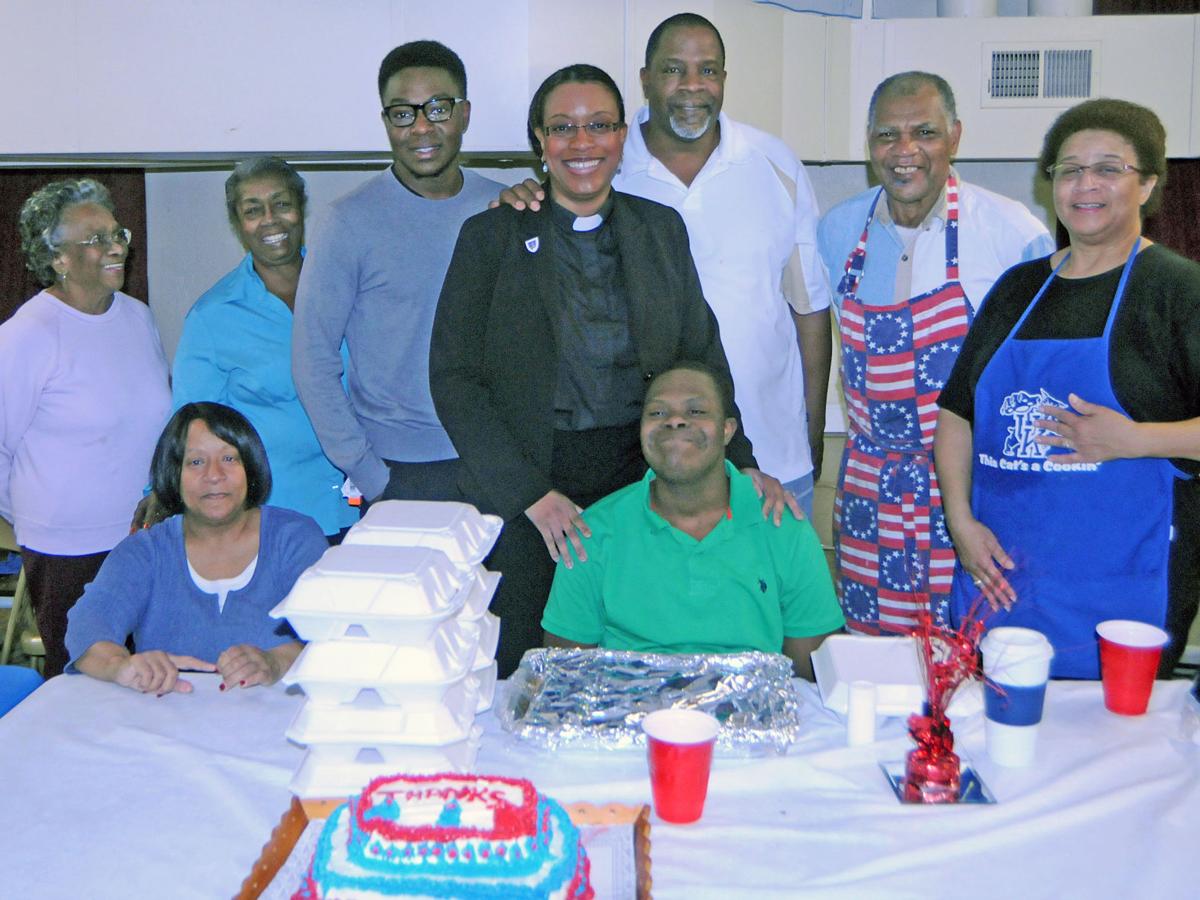 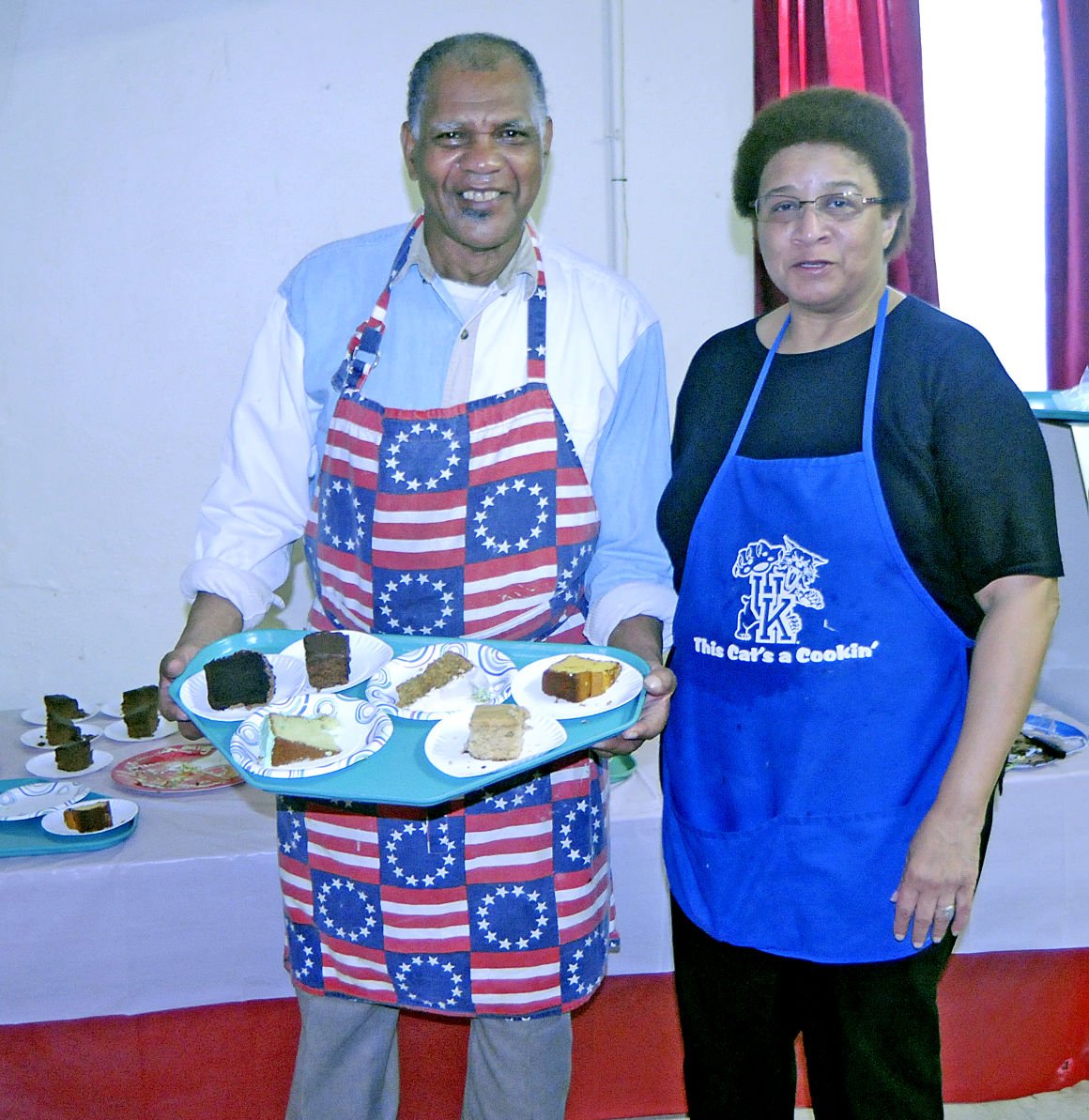 The Rev. Richard Watts and Robin Harris show off some of the desserts served Thursday at the St. Paul AME Church’s community appreciation lunch.

The Rev. Richard Watts and Robin Harris show off some of the desserts served Thursday at the St. Paul AME Church’s community appreciation lunch.

Every Thursday, Richmond’s St. Paul AME Church serves a free meal to anyone in need.

This week, however, “everyone who serves our community” was invited to share in the feast.

Police officers, firefighters and sheriff’s deputies were among the extra 120 who showed up.

This was the sixth year the church has invited first responders and other public servants to lunch, said the Rev. Richard Watts, who heads the church’s feeding ministry.

After two major winter storms in less than two weeks, the meal was a way for the congregation to pay a special thanks to the first responders.

Normally, the church’s Thursday lunches draw about 50 to 60, Watts said, except when fried chicken is served, and then it can jump to around 90.

Watts, who was chef and dining room manager at Richmond’s Holiday Inn for 15 years, directs the meal ministry that he founded. Normally, he does most of the cooking. But because of the larger turnout Thursday, he called on the assistance of Robin Harris.

This year’s community appreciation lunch was the first for St. Paul’s new pastor, the Rev. LaVeeshia Pryor, who came to the church in January.

She was effusive in her praise of Watts and members of her congregation who volunteer for the weekly meals and annual appreciation lunch.

The appreciation lunch is just one way for the church to reach out and connect with the community, the pastor said.

The weekly meals are a fulfillment of Christ’s teaching to feed the hungry, she added. Once a month, the church arranges for health screenings to be conducted during the weekly meals.

The church is working with the Madison County Health department to conduct a health fair in the near future, Pryor said.

The new pastor moved to Richmond from Greenup, near Ashland, with her husband and two sons.

The family has been delighted by their reception from the church and the community, Pryor said.