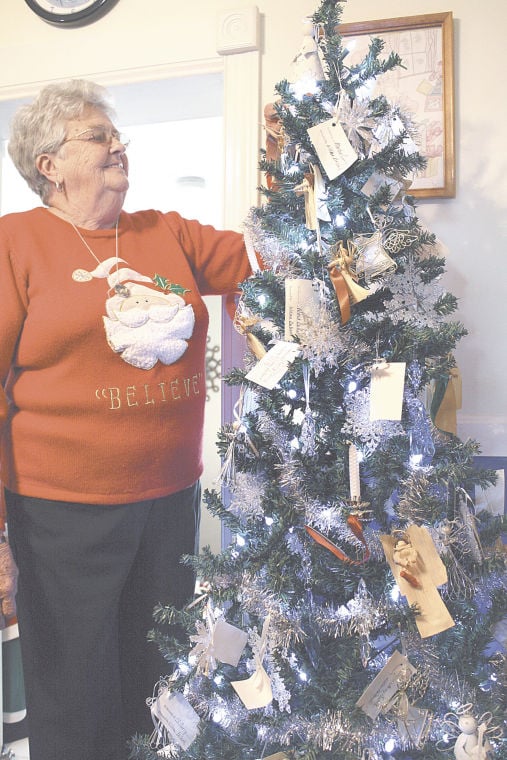 Brenna Wallhausser Wilma Ballard of Richmond looks at her Hospice Remembrance Tree with angel ornaments provided by Hospice Care Plus each year since 1993. 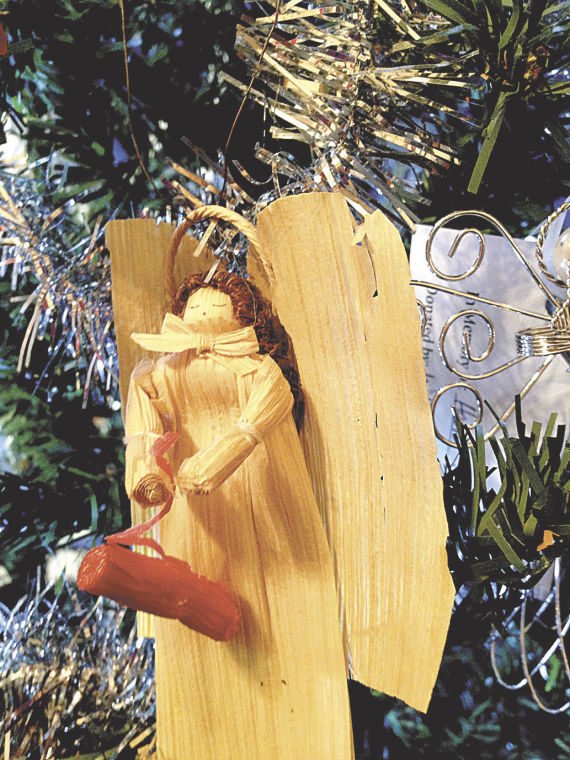 Hospice Remembrance Tree Angels are tagged with name of the deceased and the donor. 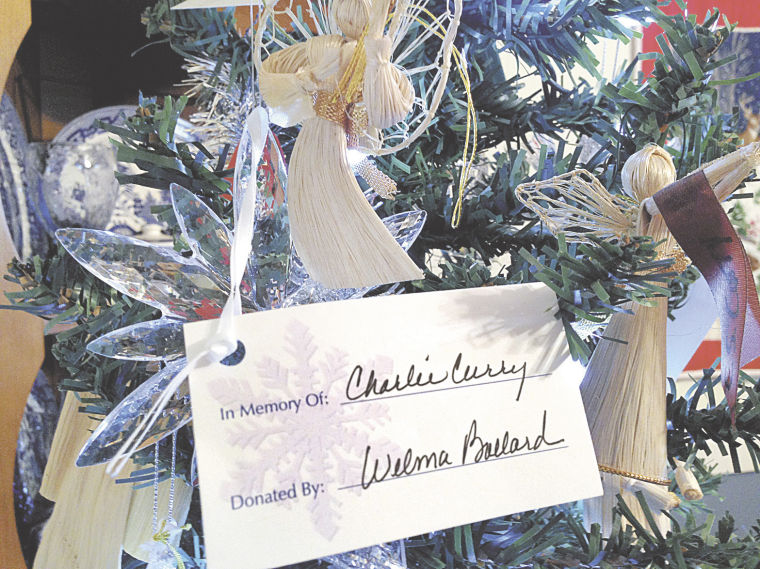 Brenna Wallhausser Hospice Remembrance Tree Angels are tagged with name of the deceased and the donor.

Brenna Wallhausser Wilma Ballard of Richmond looks at her Hospice Remembrance Tree with angel ornaments provided by Hospice Care Plus each year since 1993.

Hospice Remembrance Tree Angels are tagged with name of the deceased and the donor.

Brenna Wallhausser Hospice Remembrance Tree Angels are tagged with name of the deceased and the donor.

Wilma Ballard has a tree full of angels in her home. After today’s 1 p.m. Remembrance Tree ceremony at Eastside Community Church, she’ll have five new ones.
The angels represent loved ones who were cared for in their final days by Hospice Care Plus.
They include both her parents, C.S. and Mattie Curry; her husband, Alfred Ballard; and two brothers, Lloyd and and Harry Curry.
She hasn’t missed a Remembrance Tree ceremony in the 20 years since her father’s passing.
Ballard said she always looks forward to the ceremony and finds the new angels “refreshing.”
“You can tell I’m kind of sentimental,” she said, acknowledging that her statement may sound strange to some.
Because of the faith in God that she and her loved ones shared, she grieves their loss but doesn’t despair, Ballard said.
The angels affirm that faith, she said, and remind her of how Hospice Care Plus personnel made her loved ones’ last days more comfortable, Ballard said.
Those who have never been associated with Hospice can’t fully appreciate what that means, she said.
When doctors at Central Baptist Hospital in Lexington told her mother there was nothing medically that could be done for her, she wiped the tears from her children’s eyes and told them not to cry. Her only wish was to go home.
When her mother got back to her Madison County home three hours later, Hospice Care Plus had already been there to set a hospital bed and bring other items she would need, Ballard said.
Although she was positive and animated as she recalled the passing of loved ones, Ballard’s voice broke occasionally as she talked.
Hospice Care Plus provides more than equipment and services, she said. The organization’s personnel “are the most compassionate, loving people” and “automatically feel like family” to those they serve.
In addition to a Hospice angel tree, a conventional Christmas tree, a host of stuffed Santas and other Christmas decorations, the Christmas wall hangings her mother quilted while she cared for her father adorn the walls of Ballard’s home.
She retired after working more than 32 years for Phillips Lighting in Richmond. After a year at home, however, Ballard said she had cleaned out all her bureau drawers and needed something to do.
That’s when she obtained a commercial driver’s license and began driving a Madison County school bus, which she has done for the past 18 years.
“All I’ve ever done is work,” Ballard said.
The loss of her parents, husband and other close relatives, three of whom died within nine months, was difficult, she said, “but still I can smile and say I’m very blessed.”
Asked why, her face lit up as she talked about the assurance of her faith plus her “three wonderful daughters,” seven grandchildren and seven great-grandchildren.
Just the mention of her great-grandchildren caused a huge smile to appear on Ballard’s face.