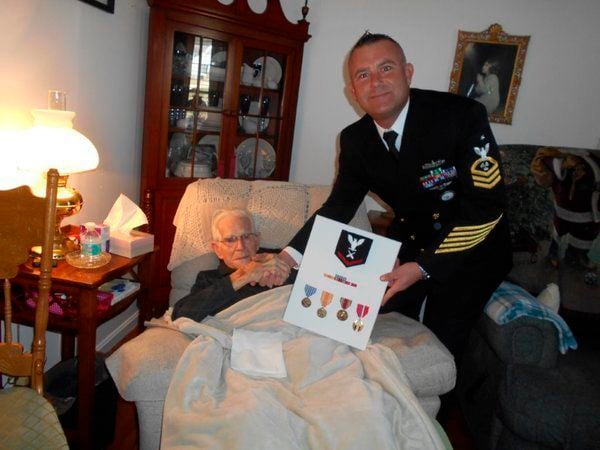 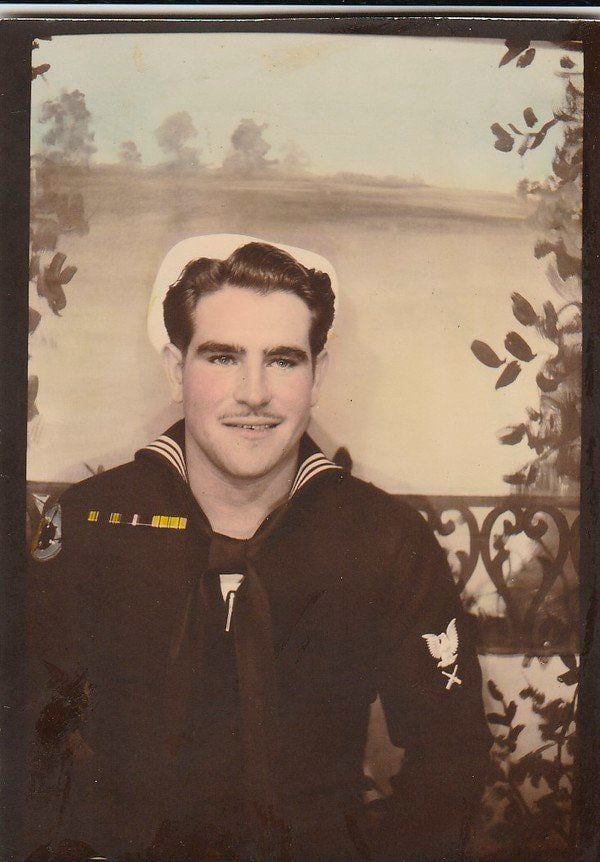 "Jessie said that after he was discharged, he had all his Navy things in a box and it was lost," said Hall. "I am sure he has other medals, but we don't know for sure which ones because all we had to go by was the ones on the back of his discharge certificate."

Short, who will be 94 on Sunday, is a lifelong resident of Madison County, originally from Valley View. He joined the Navy on April 7, 1944 and was discharged May 20, 1946. He was a Gunner's Mate Third Class on the YMS 393, a Navy Minesweeper that destroyed underwater mines in the different bays and harbors in the Philippines.

His ship, part of the U.S. 7th Fleet under General MacArthur, participated in the invasions of Biak, New Guinea on May 27, 1944; Moratai, Netherlands East Indies on September 15, 1944; and the Battle of Leyte Gulf in the Philippines on October 25, 1944.

Short is battling stomach cancer and his health has been steadily declining since last summer. He was unable to speak at the time of this article. Shortly after his diagnosis in November, Short's wife Nancy and neighbor Hall began looking into and researching ways to return his lost medals to him. They spoke with veterans from the Richmond VFW, called government officials, and researched online, working from his only documentation -- an Honorable Discharge Certificate.

"I googled each medal for a description and saw that you could purchase them," said Hall. "I contacted a company that sells military items and scanned them a copy of the discharge papers and placed the order. I had the medals, ribbons and insignia within a week."

"I wanted to make the medal presentation more special than just one of us giving them to him, so I called the Navy Recruiting Office in Lexington," said Hall. "I was put in contact with Senior Chief Petty Officer Brad Vincent and he said that it would be an honor for him to attend and he would also bring along one of his fellow recruiters, Chief Petty Officer Dan Dilley."

Short had been told that he was going to have visitors that day but nothing else.

"He was surprised, and his eyes lit up when Brad and Dan walked in, both in their dress uniforms," said Hall. "When given the medals and told what each one was, he was very grateful and honored."

Hall said Short spent the next hour and 15 minutes telling stories of what they did during his service and what it was like serving on a wooden hull Navy Minesweeper. He spoke of typhoons and seasickness and destroying underwater mines in the different harbors and bays in the Philippines.

"I asked him where he was when he heard that the Japanese had surrendered and the war was over," said Hall. "He said that he was on his minesweeper and there was a lot of cheering from the crew and then everyone on board got drunk except him."

Through his family's and neighbor's diligence and perseverance, Short now has the medals he earned fighting for his country's freedom.