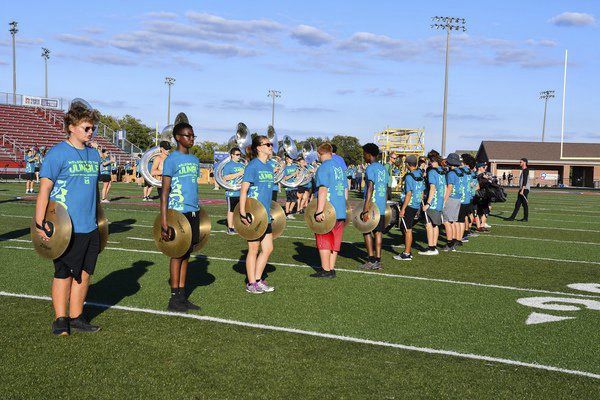 Band students wait for orders during rehearsal on Thursday. 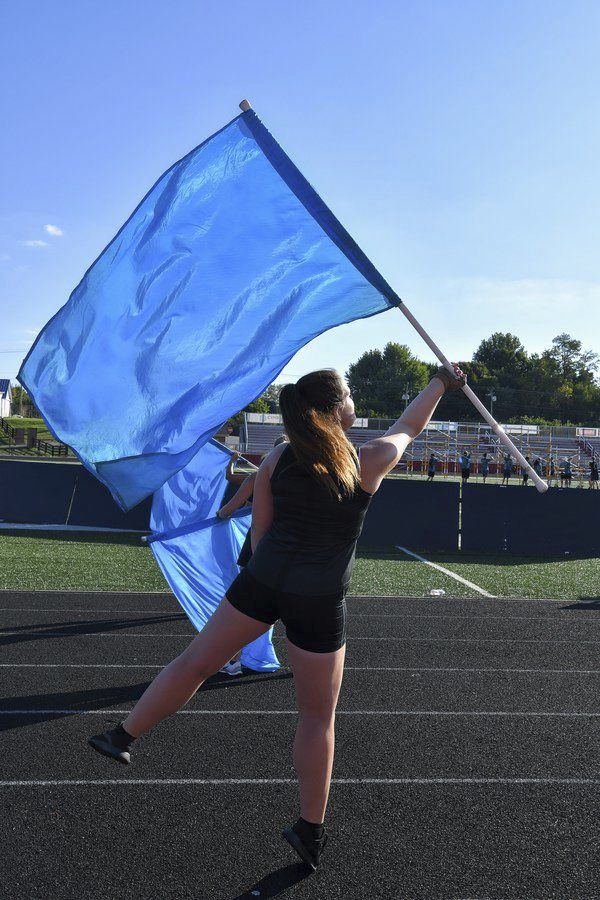 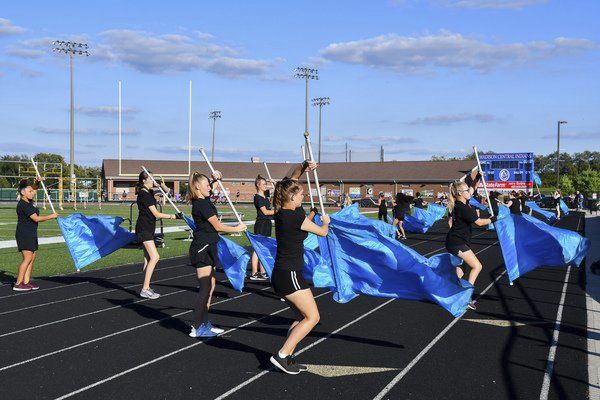 Members of the color guard practice their moves before a preview show. 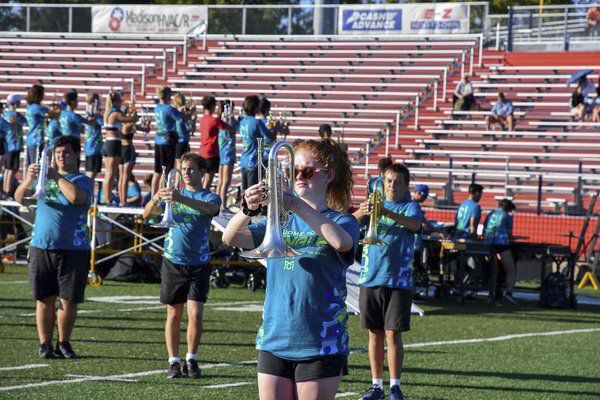 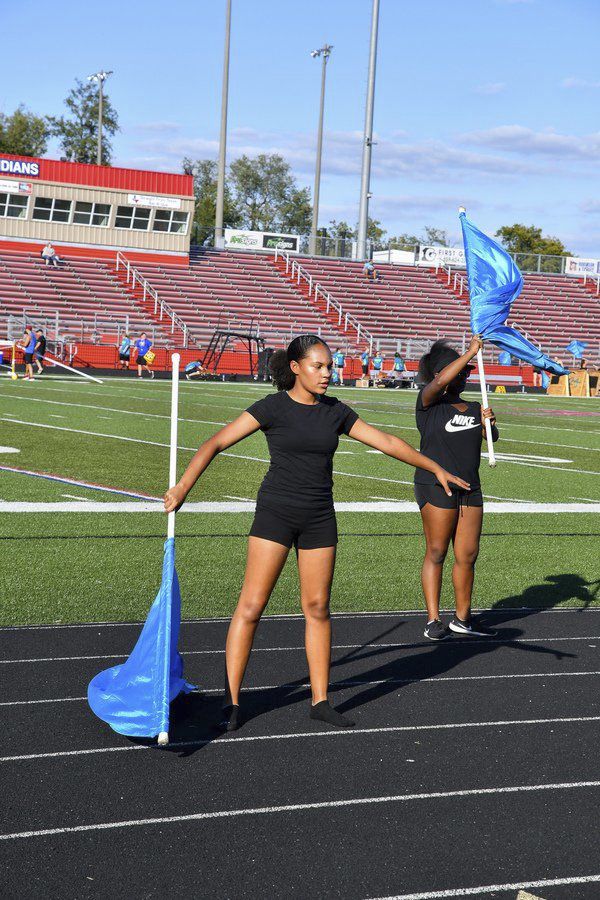 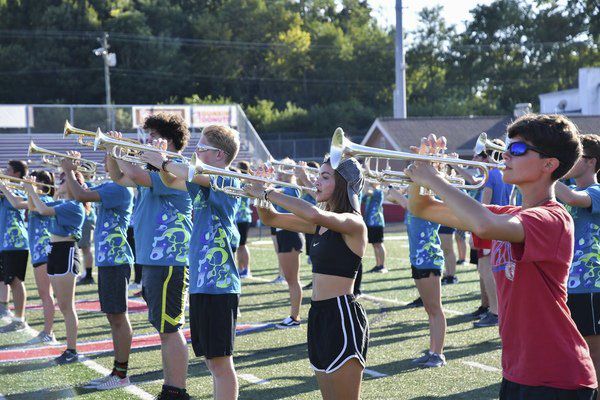 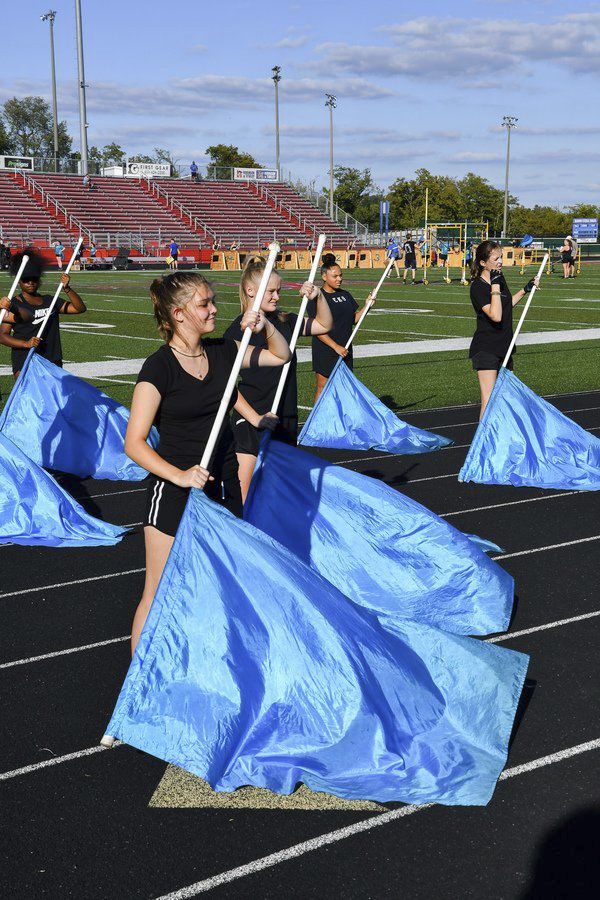 With competition on Sept. 14, the color guard makes good use of their practice time. 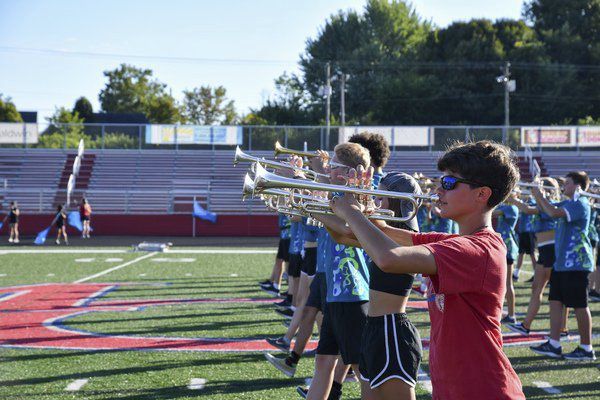 Marching band students do some warm-ups before practice on Thursday. 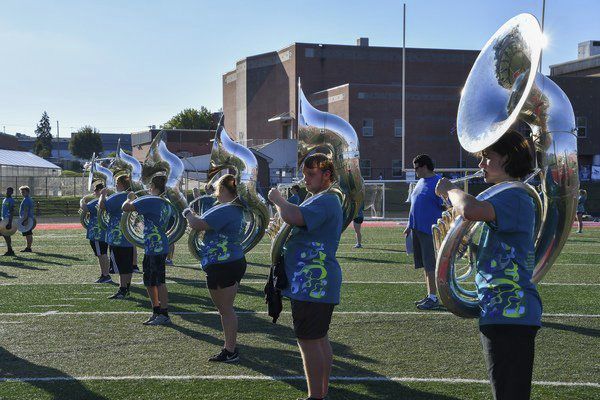 Madison Central Marching Band students get in position for practice. 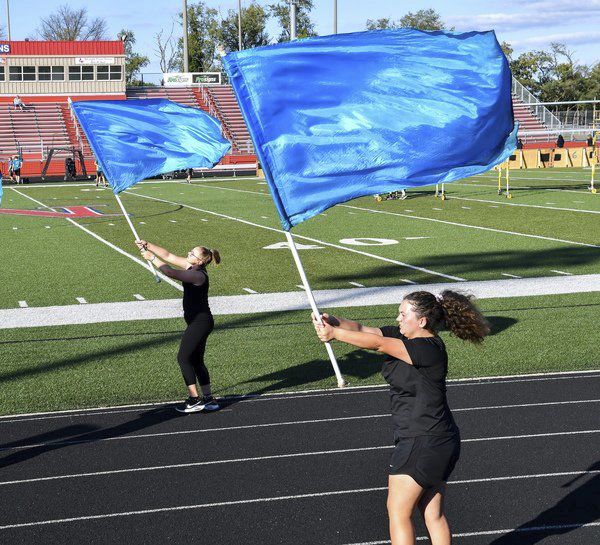 Members of the color guard practice their routine. 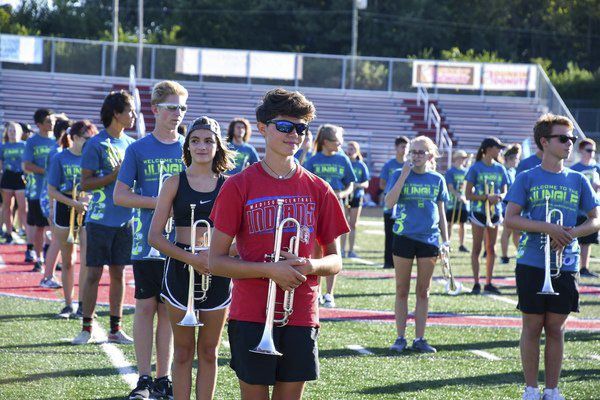 Students wait for direction during a practice on Thursday afternoon. 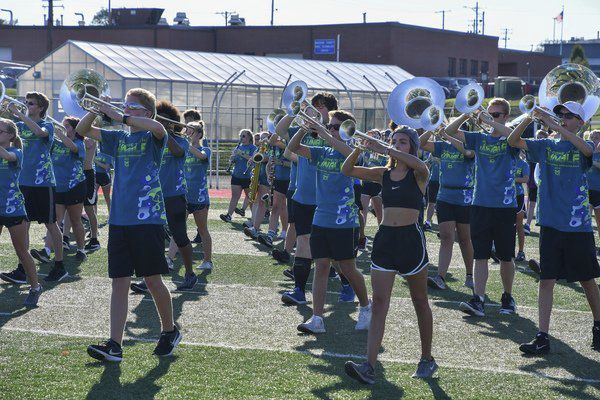 Band students wait for orders during rehearsal on Thursday.

Members of the color guard practice their moves before a preview show.

With competition on Sept. 14, the color guard makes good use of their practice time.

Marching band students do some warm-ups before practice on Thursday.

Madison Central Marching Band students get in position for practice.

Members of the color guard practice their routine.

Students wait for direction during a practice on Thursday afternoon.

Each year, the Madison Central Marching Band continues to grow its numbers, despite losing a group of seniors in May.

With the incoming eighth grade group helping to fill in the holes, as well as other students who decided to pick up an instrument late in their high school careers, the Tribe continues to march. This year, band director David Jaggie said 40 students joined the ranks, totaling to 280 participants this year -- a record number for Madison Central High School and the state.

"We knew this eighth grade group coming in was going to be one of our strongest because they've had that hardworking leadership, and they have internalized it and taken advantage of their skills," Jaggie said. "We have a great senior class that's definitely going to help for us to be successful. They're hardworking and humble, and that's a great combo for this kind of thing."

This year, the Indians will be headed to Central America with their new show, "Welcome to the Jungle." Kicking off with Guns N' Roses' famous hit song, Jaggie said, their show is different from years previous. In the past, the band has been more classical and traditional, featuring music by Giacomo Puccini, an Italian composer.

"I thought we'd break out and try something different. In kind of going through a wide variety of artists and styles, it helps to sell the story and bring it to life in an interesting way," Jaggie said.

What will also help is the colorful uniforms that will be going along with the show. Jaggie said this year's uniform features colors like teal, chartreuse and purple to highlight those of the jungle. The color guard will be decked out to look like different animals of the jungle, such as tigers, tree frogs and more.

"One of the big things will be seeing them in uniform for the first time. They will be borderline giddy during warm-up and seeing it all put together for the first time will bring the idea in for them," Jaggie said.

And while the band has been working hard, even getting ahead of schedule, they have much more practice ahead of them as they start practicing for the Macy's Day Parade.

The marching band was chosen in April 2018 to march in the 93rd edition of Macy's Thanksgiving Day Parade, which will be held in November. It was one of nine chosen.

With the addition of the new uniforms, and the trip to New York City to march in the parade, fundraising is a must and constant companion to the band.

And as excited as they are, all 280 of them -- not including chaperones and band directors -- the path to New York City isn't paved with gold.

One fundraiser they are holding is the Miles to Macy, where they are asking businesses and individuals to help them out by purchasing miles. There are 708 miles from Richmond to New York City.

"We are asking folks to help us by purchasing a mile for $100 to get us the rest of the way there. It will also keep the cost down individually for students and help out the students who might not be able to afford to go if we didn't help them," Jaggie said.

The cost of the trip would be somewhere in the $400,000 range due to many factors that people might not think of, such as the truck carrying the equipment, the gas it will take, the payment for the copyrighted music and so much more.

Thankfully, community members have rallied together to help out. In late July, Kenwood Health and Rehabilitation held a fundraiser, pooling together $2,786.25. More than surpassing their goal, this amount covers fees for at least two students' trips.

The deadline to raise funds for the trip is Oct. 1. Anyone interested in donating or organizing a fundraiser on behalf of the band can contact Madison Central High School at (859) 624-4505.

Central's band will pay a visit to Madison Southern High School on Sept. 14 for their first competition.