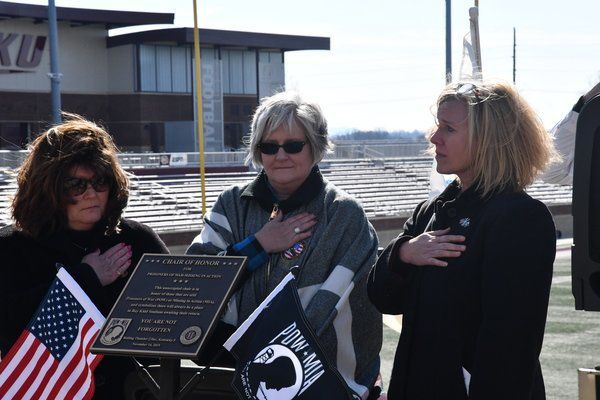 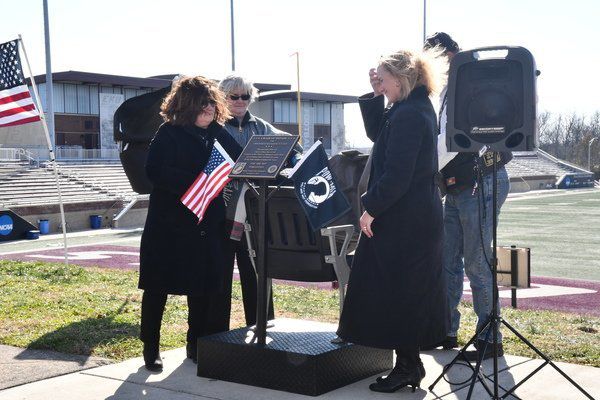 Three daughters of POW MIA soldiers stand over the chair after its unveiling. 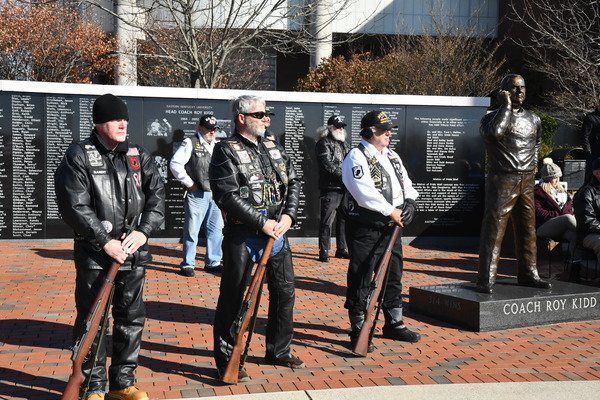 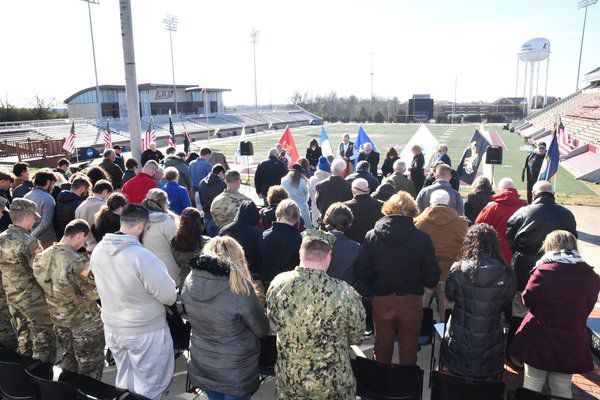 Many gathered at Roy Kidd Stadium Thursday afternoon for the unveiling of the chair monument to honor veterans and those who are prisoners of war, or missing in action. 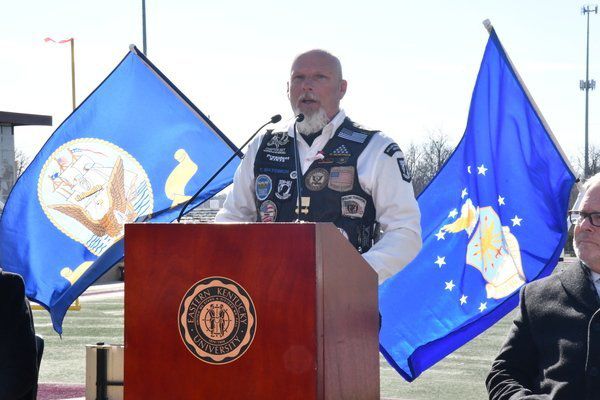 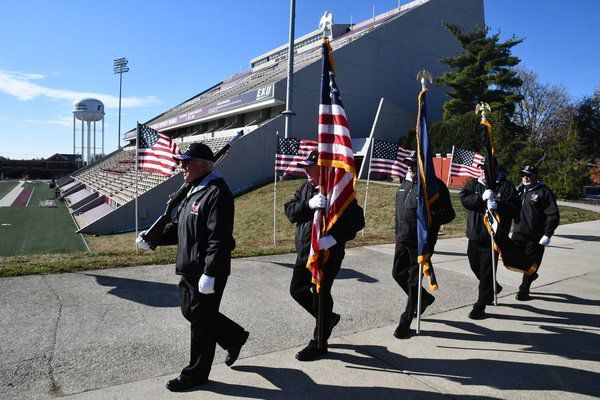 Members of the Rolling Thunder Chapter 5 group conduct the posting of the colors. 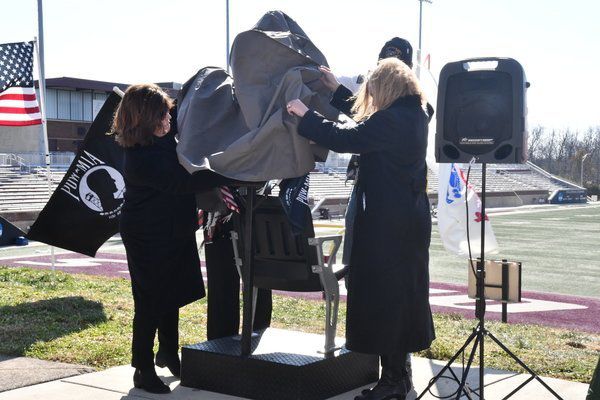 Robinson, Hoff Ogawa, and Stonebraker take the cover off the chair.

Three daughters of POW MIA soldiers stand over the chair after its unveiling.

Many gathered at Roy Kidd Stadium Thursday afternoon for the unveiling of the chair monument to honor veterans and those who are prisoners of war, or missing in action.

Members of the Rolling Thunder Chapter 5 group conduct the posting of the colors.

Robinson, Hoff Ogawa, and Stonebraker take the cover off the chair.

With the help of Eastern Kentucky University and members of Rolling Thunder Chapter 5, a nonprofit state chapter of the national organization, many service men and women who are Prisoners of War - Missing in Action (POW/MIA) will be remembered with the unveiling of the 'Chair of Honor.'

Thursday morning, members of the Rolling Thunder group, EKU and political officials gathered to celebrate and remember those who are POW/MIA and honor them with this new monument.

One of those to be remembered is an EKU alum and ROTC participant, Captain John C. Stringer II, who was last seen attempting to cross a flooded river in South Vietnam on Nov. 30, 1970. His remains have never been recovered, and he is still considered missing in action.

He left behind a daughter, who was two-years-old at the time, named Cathy Stringer-Robinson, who is now a school counselor at Shannon Johnson Elementary, and was instrumental in the implementation of the honor chair.

"I read a quote, and I wish I knew who wrote it, but it says, 'A man is never dead, until forgotten.' With the help of Eastern Kentucky University, my dad and many other men and women, will not be forgotten," she said Thursday.

She, along with her two "MIA sisters," whose fathers are also still missing, unveiled an empty, solitary stadium chair at the stadium, adorned with POW/MIA and American flags to remember their fathers.

"Each of these chairs, these single solitary chairs represent the individuality of every American that has been held captive or missing," General Benjamin Adams said. "...There is no specific service emblem associated with the chair, it is reserved for an American who was or is a servant leader.

"One who may yet lie in a shallow grave, who may have been swept away at sea, or whose fate we may only imagine. This chair is set for them, it is reserved. We celebrate their lives, to celebrate their service to reiterate or resolve that we will not forget you."

According to Robinson's speech, the ceremony that took place was more than she could have imagined when she sent her initial email for the idea to the EKU Military and Veteran Affairs Director, Barbara Kent in February.

"I do want to thank Barbara Kent who has been a workforce for this chair. She jumped on it, and I knew it was going forward no matter what," Robinson said.

She also thanked her father's fraternity brothers, some of which were in attendance, stating they had given her memories to have of her fathers with their stories.

"For me today this chair has a very personal, important presence in my heart," she said. "...Because of this event today, I have learned more about my dad, because I have no memories."

Suzanne Hoff-Ogawa also spoke about her father, Commander Michael George Hoff who was lost on Jan. 7, 1970 after a plane he was on was impacted and exploded. While the family does believe he died that day, Commander Hoff is considered to still be missing in action.

Finally, Cindy Stonebraker spoke in remembrance of her father, Lt. Colonel Kenneth Stonebraker who was lost on Oct. 28, 1968 after leaving for a solo night mission over North Vietnam and he never returned. Two-weeks-ago marked 51 years that her father has been missing in action.

POW/MIA and Rolling Thunder Chapter 5 will again unveil the Chair of Honor in the end zone of Roy Kidd Stadium on Saturday at 12:30 p.m. The public is invited.