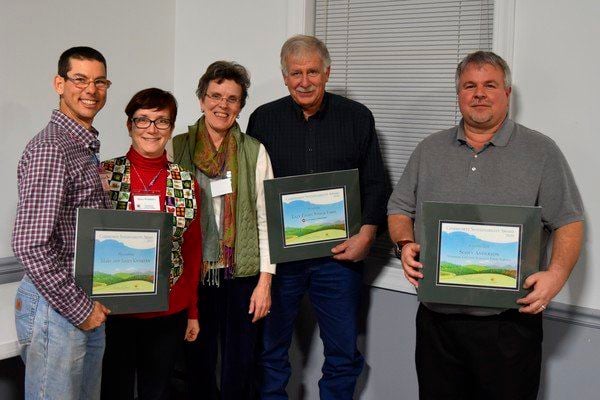 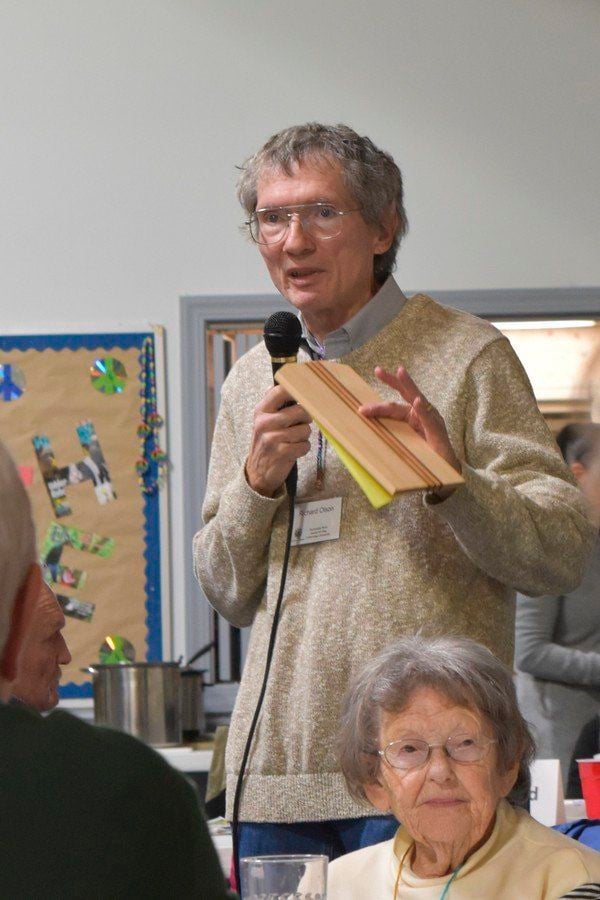 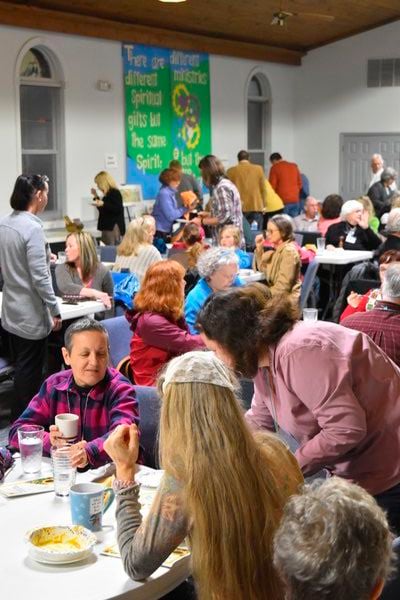 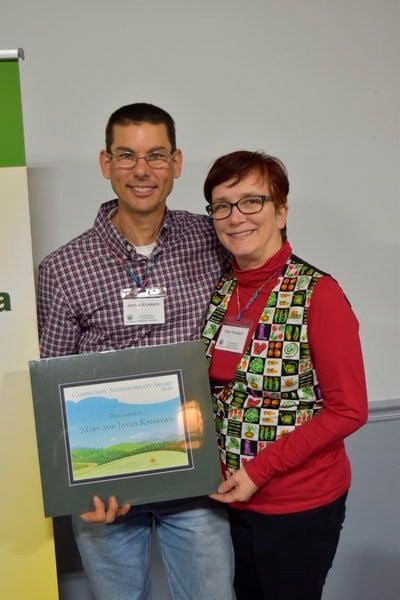 James and Mary Kniskern won the Household award for their homestead, Kniskern Knoll. 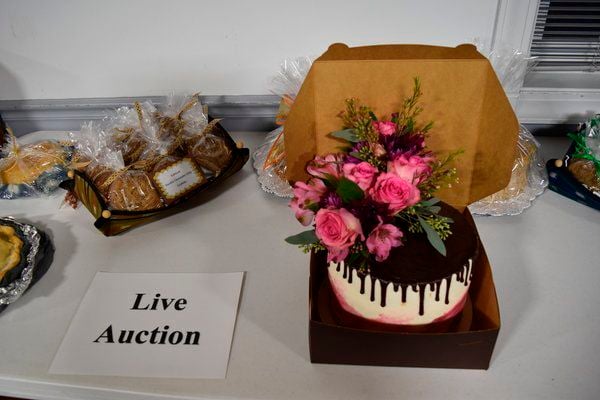 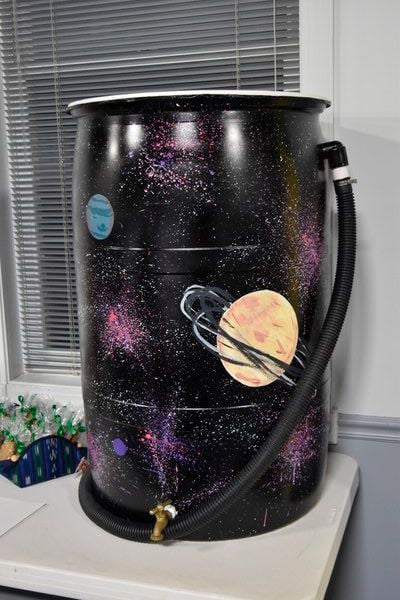 This out-of-this-world rain barrel was hand-painted by one of the Harvesting Hope graduates.

James and Mary Kniskern won the Household award for their homestead, Kniskern Knoll.

This out-of-this-world rain barrel was hand-painted by one of the Harvesting Hope graduates.

As people streamed into the Sustainable Berea Annual Meeting Saturday night, the staff and board had to pull out extra tables and chairs to accommodate the more than 100 supportive community members who attended.

The January event is designed to celebrate people making a difference locally, build a sense of community around food, and raise money for the organization’s efforts, according to board member Maria Wright.

This year, all proceeds went towards Harvesting Hope, their pioneering program to provide job skills for women recovering from opioid addiction. Some graduates were volunteering at the event, sporting shirts stating “Onions not Opioids.” All donations were matched up to $4,000 by an anonymous donor.

The evening began with a simple meal and the sounds of people greeting friends and meeting new ones. The raffle was open as well, with donations from area businesses like DV8 Kitchen in Lexington and Hitz BBQ.

Board Chair and Berea Urban Farm Manager Richard Olson presented the Community Sustainability Awards as people finished their dinners. He praised the many groups and individuals working in the community that partner and collaborate with Sustainable Berea.

The Business award went to Lazy Eight Stock Farm, an enterprise in Paint Lick that sells their produce and turkeys through Community Supported Agriculture shares, farmers markets and directly to restaurants. Olson shared appreciation for the way they respect the land and that they are willing to share what they know with others. While many of Sustainable Berea’s projects help people grow their own food, he acknowledged the need for farmers, or “big dogs” he called them, in the local food economy.

Mary and James Kniskern were recognized with the Household award. They have built their homestead, Kniskern Knoll, as an example of sustainability, with a straw bale home, ponds, extensive gardens and over 1,000 fruit and nut trees. Olson noted that they, too, are always willing to share what they know and have learned with others.

Olson then lifted up Scott Anderson with the Madison County Schools Food Service for the Community award as the driving force behind their many local food efforts. Along with an emphasis on farm to school programs, Anderson invites farmers to talk with students, engages students with taste testing, and trains staff to cook with fresh food.

The board also presented a surprise special recognition award to Executive Director Cheyenne Olson as the administrative and creative force behind much of Sustainable Berea’s work. It was her vision to create Harvesting Hope and she continues to be its dedicated champion in the organization and community.

Rev. Kent Gilbert was the entertaining auctioneer as he talked up the live auction items. That and the silent auction showed the breadth of community support, with homemade baked goods, creations from local artisans, and services from Boone Tavern, Muse Watson and Forest Retreats.

The program also touted some of the new elements of the Berea Urban Farm in 2020. El Jardin Latinoamericano will trial more than 20 vegetable varieties commonly grown in Mexico and Central America. This summer they will publish Recipes from the Berea Urban Ag District to share cooking ideas and stories among neighbors.

Sustainable Berea will continue many of its popular programs as well, like the Victory Garden Blitz and the Neighborhood Perennials Project. Board member Troy Price encourages others to get involved.

“The mission is important and it is a place you can make an impact,” he said.

Cheyenne Olson said the meeting raised more than $10,000 including the $4,000 match for Harvesting Hope.

"I believe people are realizing the seriousness of the opioid epidemic and they want to help with programs that help women stay sober," she said.