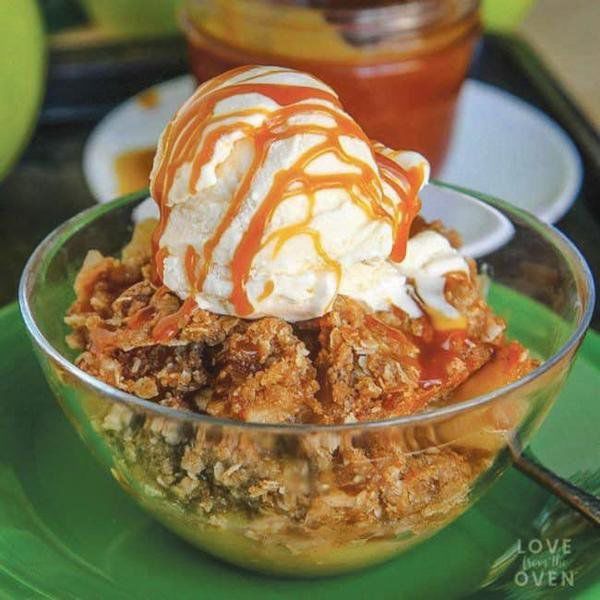 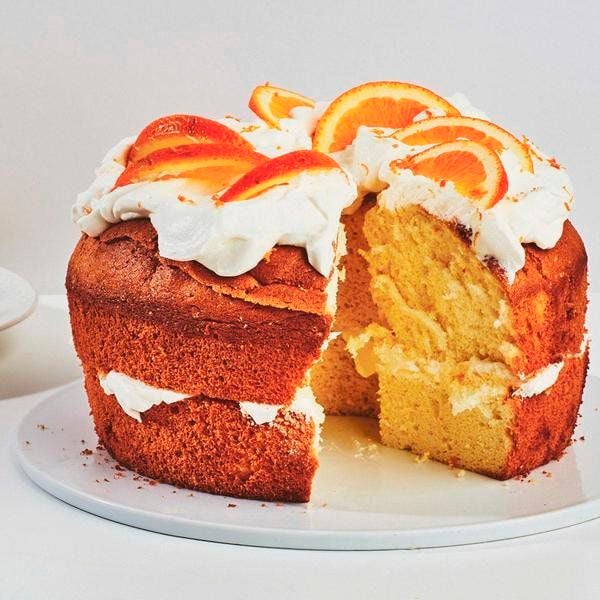 You pretty much know what to expect after Thanksgiving dinner: pumpkin pie. Maybe apple, too, or pecan.

Shake it up this year with these slightly different takes on the traditional.

In a large mixing bowl, whisk the eggs.

Stir in the pumpkin pie filling, condensed milk and spices.

In a food processor (or with pastry cutter / pastry blender), combine flour, butter and brown sugar until a dough becomes crumbly and starts to stick together. Gently press into baking pan.

Pour mixture onto crust layer. Bake for approximately 25-30 minutes or until browned and set. Cool completely. Cut and serve.

In a large bowl, combine flour, oats, cinnamon and brown sugar. Cut in butter until mixture has a crumbly texture. Set aside.

Grease the sides and bottom of a 13x9 baking dish.

In a small bowl, combine remaining sugar, cinnamon and cornstarch.

Bake for 45-50 minutes. Remove from oven and allow to cool slightly.

Place each serving in a bowl and top with a scoop of vanilla ice cream and caramel sauce. Store any leftovers in the refrigerator, and reheat individual servings if desired.

In a large, heavy saucepan, heat sugar over medium heat. Allow sugar to melt over heat just until it becomes liquidy. Resist the urge to stir often during the melting processes as this will create many clumps, it's best to just let the sugar melt down over the heat.

Once sugar is completely melted, add the butter and whisk carefully until fully combined. The mixture will bubble up when butter is added, so use caution. Once the butter is full incorporated, remove from heat and immediately add whipping cream and salt. The mixture will again bubble up when the whipping cream is added, so use caution. Whisk until all ingredients are well combined. Some salt might not break down fully, that is okay.

If mixture appears to have clumps, pour mixture through a wire mesh strainer into a bowl. Store remaining mixture in a closed container, such as a mason jar. Make sure to use care when transferring hot mixture into a glass jar. Cool to room temperature. Mixture should be stored in refrigerator and is good for up to two weeks.

For the whipped cream frosting:

1⁄4 teaspoon orange-flower water (available at specialty foods shops), or to taste, if desired

Into a large bowl sift together the flour, 3⁄4 cup of the sugar, the baking powder, and the salt. In a bowl whisk together the oil, the egg yolks, the orange juice, the zest, and the vanilla and whisk the mixture into the flour mixture, whisking until the batter is smooth. In the large bowl of an electric mixer beat the egg whites with a pinch of salt until they are foamy, add the cream of tartar, and beat the whites until they hold stiff peaks. Add the remaining 3⁄4 cup sugar, a little at a time, and beat the whites until they hold stiff glossy peaks. Stir one third of the whites into the batter to lighten it and fold in the remaining whites gently but thoroughly. Spoon the batter into an ungreased 10-inch tube pan, 4 inches deep, with feet and a removable bottom, and bake the cake in the middle of a preheated 325°F. oven for 1 hour, or until a tester comes out clean. Invert the pan immediately onto a rack and let the cake cool completely in the pan upside down on the rack. Run a long thin knife around the outer and tube edges of the pan and turn the cake out of the pan onto the rack. Using a serrated knife cut the cake in half horizontally.

Make the cream frosting: In a large bowl, chilled, with an electric mixer beat together the cream, the Grand Marnier, the zest, the sugar, the orange-flower water, and a pinch of salt until the mixture holds stiff peaks.