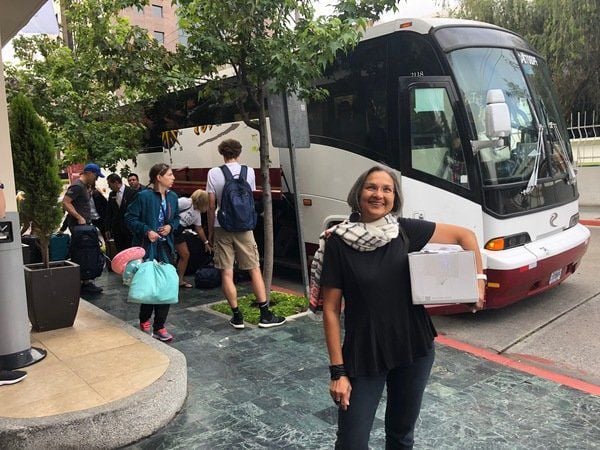 Dr. Seema Capoor with donated corneas in hand starting out for Nuevo Progreso. 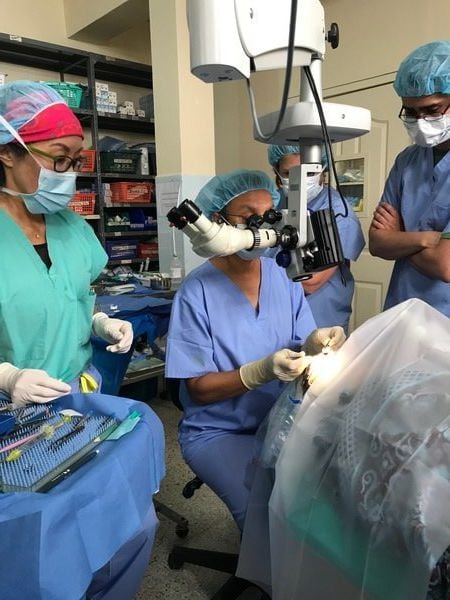 Dr. Seema Capoor with donated corneas in hand starting out for Nuevo Progreso.

A local Ophthalmologist recently had the opportunity to attend a mission trip in Guatemala that she says taught her lessons she will be able to implement in Kentucky.

Dr. Seema Capoor, who is an ophthalmologist at the University of Kentucky medical center but also has had a satellite office in Richmond since 2001, attended a mission trip through the Hospital de La Familia Foundation in the rural small town of Nuevo Progreso, Guatemala.

The Hospital de La Familia opened in February of 1976. Currently, the hospital employs 60 full-time employees with just two of those being ophthalmologists.

The Hospital de La Familia Foundation's mission statement is to "improve the health and education of indigenous communities of northern Guatemala and southern Mexico who live in poverty and have no access to affordable medical care."

Capoor traveled to Nuevo Progreso with a team of 50 medical professionals specializing in several different areas to offer their expertise and volunteer their time and services.

Upon arrival at the Hospital de La Familia, Capoor and other ophthalmologists were given a separate wing in the hospital for their eye clinic.

"Our eye clinic arrangement was fabulous," Capoor told The Register. "We had examination lanes set up for seeing patients, and we had the operating room right next to the clinic.

When beginning to evaluate patients, Capoor noticed several folks were in need of cornea care due to the eye infections suffered among those working in agriculture. As a result, several of the patients she tended to in Guatemala were in need of corneal transplant surgery. However, due to limited resources, she was only able to perform five procedures despite observing 15 people who needed the surgery.

"It was like playing God," Capoor said of having to choose the five neediest patients. "It was awkward."

Luckily for the five patients, Capoor was able to perform the surgery successfully.

One patient included a 35-year-old man who was blind in one eye and needed a corneal transplant in his other one. "I felt very good about being able to offer him the surgery," Capoor said.

Another patient Capoor performed corneal transplant surgery on was a 20-year-old girl with glaucoma who had lost the function of one eye.

In addition to performing five corneal transplants, Capoor and another ophthalmologist, a glaucoma specialist from Oregon, performed cataract surgery on about 70 patients.

All in all, Capoor and the team of eye specialists performed 110 surgeries during the one week trip while a second group of doctors came the week following her departure and completed 100 more procedures.

After completing over 30 successful surgeries despite having limited resources, Capoor said the trip helped her learn how to be flexible and innovative.

"What I felt was really nice for me going from a teaching institution is that it taught me to be even more flexible and to be able to innovate to do what I had to do" Capoor said. "I'm used to having things a certain way here, and there I did not have that so I had to make do. It taught me that I could do what I needed to do, and made me realize I can offer a better service to my local patients here."

As for what she felt the biggest takeaway of the trip was, Capoor said the trip gave her a "restoration of faith in humanity."

"Over there we had such little to work with, and we were able to do so much, and it was because of the 50 people I went with and the willingness of the locals to pitch in and work with us," Capoor said. "The whole trip worked so beautifully. Everyone was there for one purpose only, everyone was willing to pitch in and do their part, and it was wonderful."

Capoor hopes to bring the same energy and motivation to Kentucky.