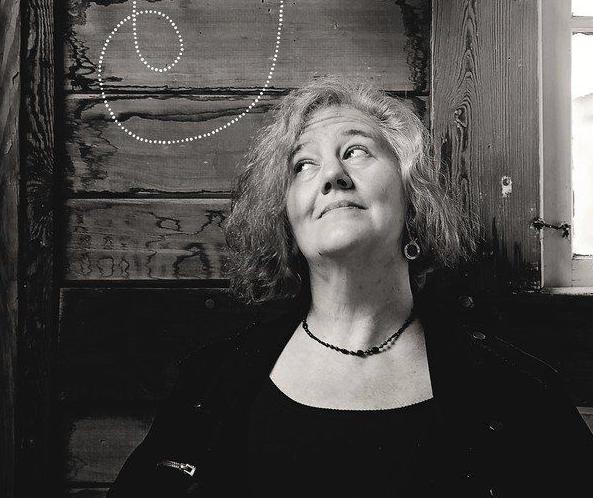 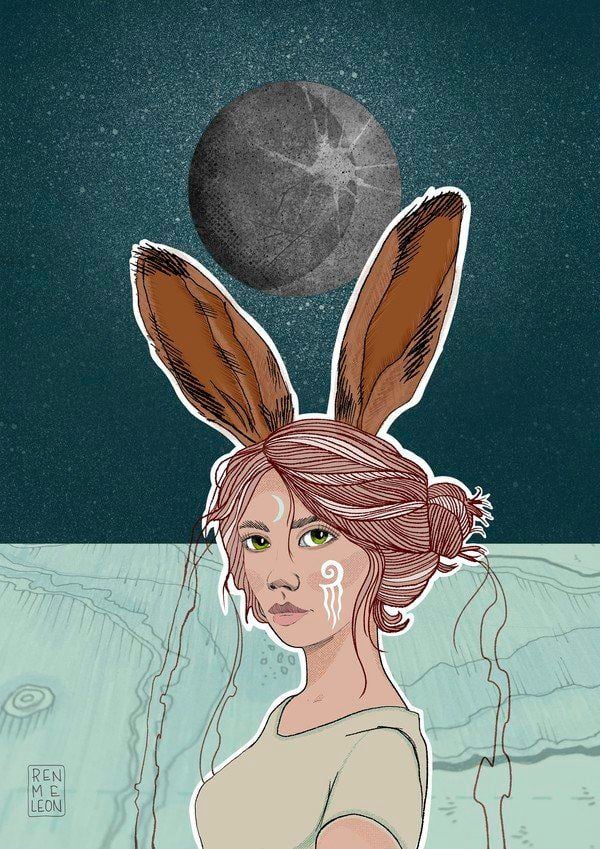 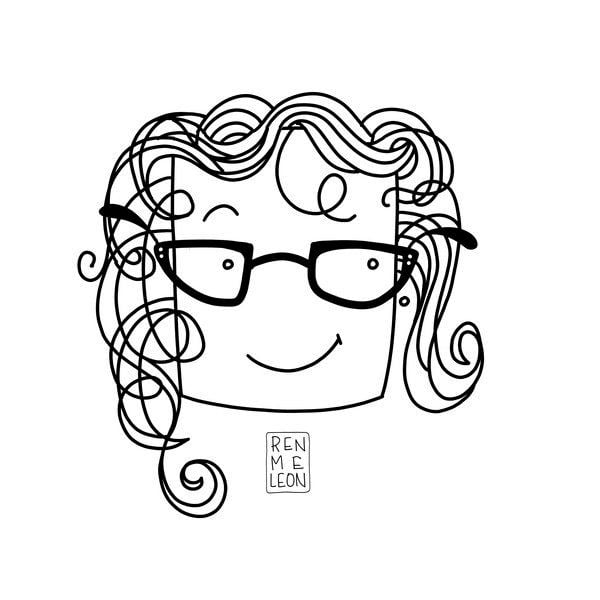 Friends nicknamed Ana Maria Selvaggio a renaissance chameleon in the mid-1990s during a medieval reenactment group and called her a jack of all trades. She took the name a step further and dubbed herself "renmeleon" and that is now her icon. 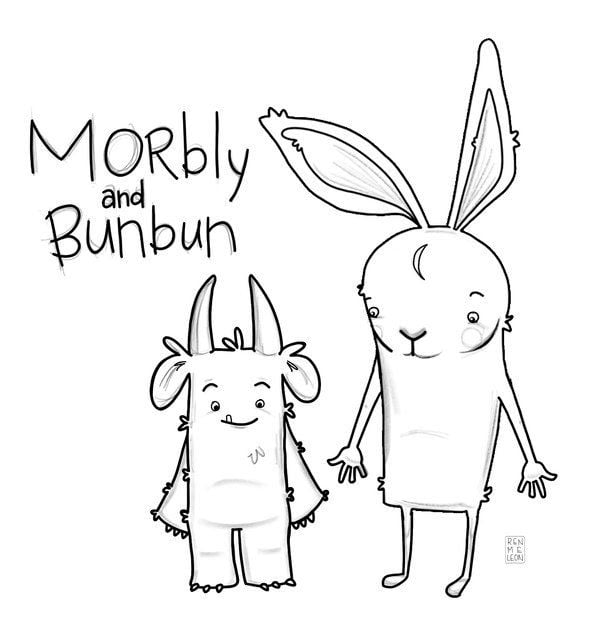 "Morbly and Bunbun" is a new series for Inktober as well as playing card decks and plush toys.

Friends nicknamed Ana Maria Selvaggio a renaissance chameleon in the mid-1990s during a medieval reenactment group and called her a jack of all trades. She took the name a step further and dubbed herself "renmeleon" and that is now her icon.

"Morbly and Bunbun" is a new series for Inktober as well as playing card decks and plush toys.

If ever an artist were busy in all sorts of programs and public events, creating her own work in many media, and teaching others how to do what she does, it's Ana Maria (Ria) Selvaggio of Berea.

"Anything I know how to do I teach," she said. "I'm a lift-as-you-climb person. I bring others along."

Born in Dubois, Penn., her family moved to Florida before she was a year old, and raised her near Winter Park. She got to Berea because her former husband at times grew up in Kentucky; he brought her to Berea because of her art life, and three years ago, she moved here with their teenage daughter, Ysa Seaton, now an illustrator and short story writer.

After marrying Val Michael, an author and educator, they started teaching online for Outschool, a platform for home-schooled students and others who want to supplement their education. He teaches world building and she teaches digital design, circus pattern development, screenwriting and gaming. Outschool offers kindergarten through 12th grade classes, set up like workshops.

Both Selvaggio and her daughter are on the Berea Arts Council's programming committee and belong to Kentucky Networking Connections, a group reinventing traditional networking with casual get-togethers to meet people running businesses. The group is free, there's no formal membership, and the only cost is paying for a meal at monthly gatherings in Richmond, Berea, Irvine or Winchester.

Selvaggio soon will release a workbook that goes along with three of her books, all on amazon.com, about aligning your personal life with joy. It's titled Get Going: Simple Steps to Living More Abundantly. The artist is sharing her knowledge about that, art and creativity of all types as the Rich City Comic and Pop Con on Saturday, Nov. 2, at the Richmond Mall. Among the talent appearing with her will be Rock Paper Fox, a multi-media artist, dancer and singer.

She says the best part of herself is compassion and she chose moon rabbit for her logo because it symbolizes compassion in Japanese culture. Friends and colleagues would describe Selvaggio as resourceful, adaptive, inventive, creative and innovative, which is how she sees herself. Friends nicknamed her a renaissance chameleon in the mid-1990s during a medieval reenactment group and called her a jack of all trades. She took the name a step further and dubbed herself "renmeleon" and it stuck.

"I introduce myself as that as much as by my name," Selvaggion said. Additionally, renmeleon.com is her website to sell her multitude of creativity online.

Although much of her artistic ability was self-taught, Selvaggio hails from an artistic family and earned a master's degree in creative writing -- specifically screen writing for gaming, film, television and animation -- at Full Sail University in Winter Park, Fla. Again, she shares what she learned with others by teaching learn shops on world building for fiction writers. World building is the creation of an "immersive environment for characters," she explained, "and deepens the story. It has all the elements of building a society, such as the author Tolkien did when he created the Middle Earth and everything in it."

Selvaggio has a novel in the revision stage, too. "It's been critiqued," she said. "It was my thesis and I converted the script into a paranormal thriller."

As if writing, teaching, volunteering and networking claims every second of her time, her personal clock is limitless. She has more projects in the works, including an online Kickstarter campaign to produce decks of cards for little hands. Her plan is to print a thousand hexagonal-shaped card decks to donate to hospitals to give to children with cancer to amuse themselves. Among the card themes are dinosaurs, which tie into the Firefly television show, and another one will be animal totems.

If intrigued by Selvaggio, her work and her commitment to sharing her creative talents, check her website frequently. Her schedule includes commitments that will take place a year from now, but there's no need to wait that long to learn from her. Renmeleon.com tells many ways to become Selvaggio's student, and to join her in success.