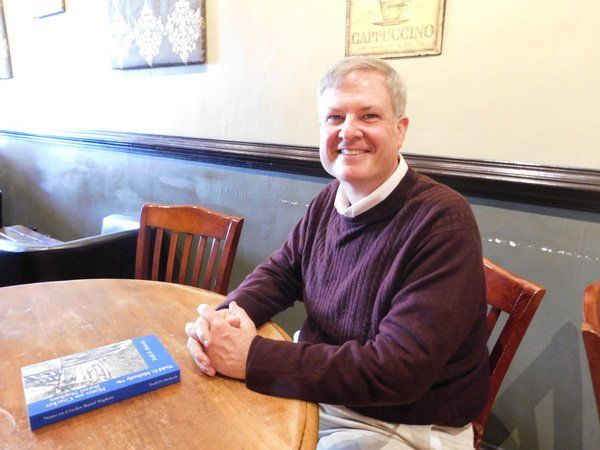 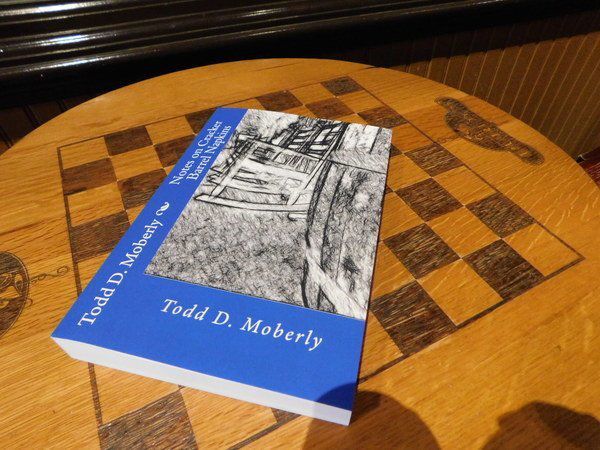 Notes on Cracker Barrel Napkins, self-published by Moberly, is now available on Amazon. 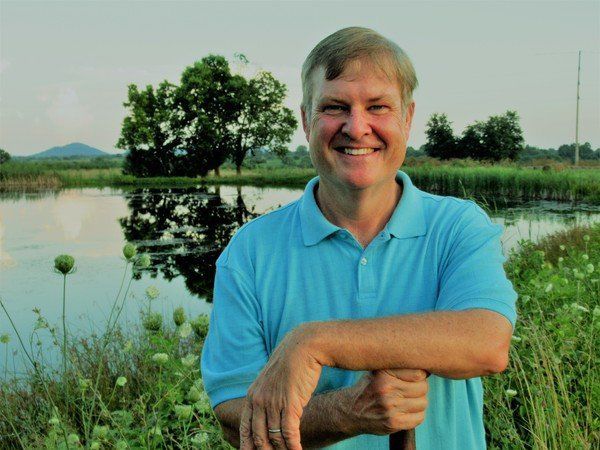 Moberly's photo from the book jacket of Notes on Cracker Barrel Napkins.

Notes on Cracker Barrel Napkins, self-published by Moberly, is now available on Amazon.

Moberly's photo from the book jacket of Notes on Cracker Barrel Napkins.

Todd Moberly is recently retired from 32 years of teaching in Madison County schools and is enjoying some rest, relaxation and a current book tour for his first published work, Notes on Cracker Barrel Napkins.

The self-published fictional novel was released on Sept. 24 and is lauded by Loyal Jones and Wendell Berry, among other Appalachian writers. The book is a series of short stories told by Moberly's narrator, Russell C. "Clay" Hall, who possesses the skill to recall most of the stories and anecdotes he heard from his elders growing up in Fordville, Kentucky.

Hall passes these stories on to his daughters at standing weekly family dinners at Cracker Barrel. Each story revolves around one antique family item. The stories' main details were written as notes on Cracker Barrel napkins at his daughters' request, then turned into more detailed stories, which are featured in the novel. Hall suffers from colon cancer, prompting his daughters to push for even more stories.

"It's a collection of short stories, not autobiographical in any shape, form or fashion, that are told from the perspective of a 60-year-old narrator," said Moberly.

Moberly pulled some details for his book and characters from his own life as inspiration.

"'If that thing could talk...' was a phrase I had heard all my life, growing up in Kentucky," said Moberly. "My mother taught me to love old things and stories about the people who owned them, the good, bad and outrageous."

Born and raised in Madison County, Moberly's family has been here for 200 years. He's an eighth generation Moberly, and now resides near Berea with his wife, who is also a retired teacher. His two grown daughters, who work in public schools and live nearby with their families.

"You write what you know and what you are," he said. "I've always liked old things and stories about old things."

He learned much about history from his grandfather. Moberly was inspired to teach and eventually start writing about history six years ago. His characters are drawn from people he has known.

"You get an idea for a character and it just grows," Moberly said. "The story takes on a life of its own, and the characters tell you what to do," he added. One of the characters, Josie McQueen, in Notes' Biker Girl, embodies such an idea with her fiery and indomitable spirit.

Like Hall, Moberly has an impressive memory. "Ever since I was a kid, if anyone told me something funny or interesting, I can't unhear it," Moberly said. "I remember each one, it just kind of filled my head.'

Once he turned 50, Moberly decided to start writing his novel, with his wife's encouragement and no prior writing experience. He had started writing some when his daughters were small but put it on hold when he was teaching. Preparing lesson plans and grading papers prevented him from doing much writing.

He spent 5 1/2 years from concept to publication, through sheer luck and persistence to get published.

"I'd admired Byron Crawford who writes for Kentucky Living magazine now and is supportive of Kentucky writers," he said. "I reached out to him about four years ago and he suggested an independent publisher in Albany, Kentucky, called The Old Seventy Creek Press."

About a year ago, Moberly was still working two full time jobs when he started the process of publishing his first work.

"I had no idea what to expect, of course," he said.

Moberly shared the book with trusted colleagues and local writers. He asked Julie Whitaker, with whom he had taught English, to read the stories and share her feedback. J.B. Hamilton Queen, a Berea writer, read over them as well.

He also approached Cracker Barrel to see if they'd sell his book in their stores. "Cracker Barrel doesn't do fiction, only devotional and children's literature," he said. "But they were very helpful and put their seal of approval on the Richmond Cracker Barrel illustration on the cover."

He encourages readers to start with the first chapter to make sense of the rest of the stories. "You're a lost ball in high weeds if you don't read it," he said.

It's phrases like these that fueled his interest to write the novel. "All my life I've loved figures of speech and expressions that a lot of older people had, the way they can turn a phrase and give it a lyrical quality sometimes, in the most ordinary of times," Moberly notes.

His grandfather and the elders of his youth had a strong influence on him, and oral tradition is critical to Moberly, along with the serious amount of research he did for the book.

Moberly says his second novel is already written and is currently in the editing process, a continuation of this novel, and due out in the summer. "I've gathered enough stuff over the years, folklore, etc…, to give me two or three more novel ideas," he said.

In the meantime, he'll continue his book tour locally, with a book signing on his 56th birthday, Nov. 10 at 2 p.m. at Madison Southern High School. He'll also have a reading and signing Dec. 2 at 2 p.m. at the Berea branch of the Madison County Public Library.

Notes on Cracker Barrel Napkins was nominated for a Weatherford Award by Loyal Jones. The awards are given by Berea College and the Appalachian Studies Association annually and honor books that "best illuminate the challenges, personalities, and unique qualities of the Appalachian South."

"At the end of the day, I just want to tell some decent stories about a way of life that is no more," said Moberly. "It validated the good in human nature and not the bad."

Notes on Cracker Barrel Napkins can be purchased on Amazon.com, or an autographed copy can be ordered directly from Moberly at tand3c@windstream.net for $19.95.