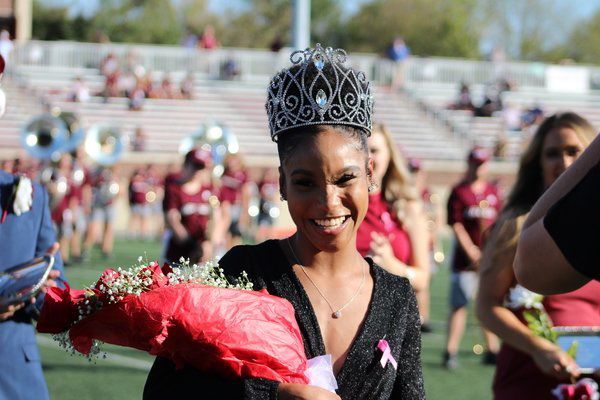 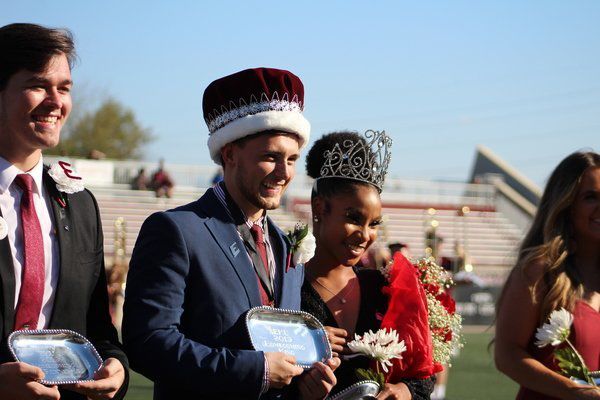 Homecoming king, Kyle Best and homecoming queen Phaneece Macklin pose after being announced as the 2019 winners. 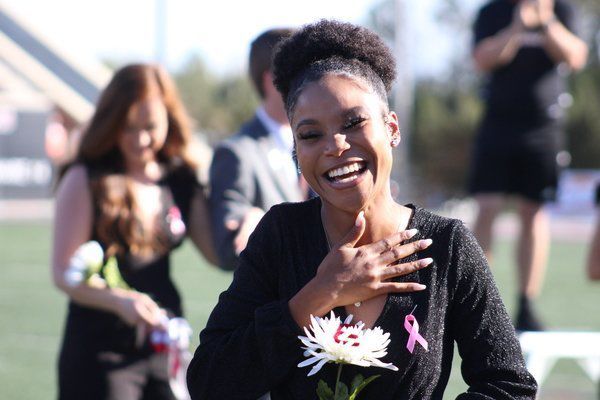 Phaneece Macklin smiles after being announced as the 2019 EKU Homecoming Queen. 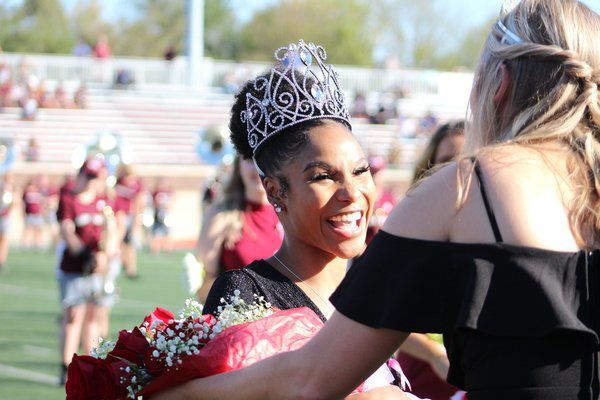 Homecoming king, Kyle Best and homecoming queen Phaneece Macklin pose after being announced as the 2019 winners.

Phaneece Macklin smiles after being announced as the 2019 EKU Homecoming Queen.

A year ago, Phaneece Macklin was at her breaking point, ready to quit school and give up on all of her dreams. Today, she serves as treasurer of Delta Sigma Theta, Inc., an event coordinator for African/African American studies, a representative for the EKU diversity leadership council, a resident assistant for Grand Campus and a health promoter for the Recreation Center.

In October, she became the second African American homecoming queen in EKU's history.

Macklin says it all boils down to determination and trusting her intuition.

After finding herself in a toxic space while going to school at the University of Kentucky, Macklin began to look at other options. Thankfully, her decision to transfer to EKU was not a difficult one. Macklin said the welcoming environment she found when she visited the campus ultimately made her decision for her.

"I came to EKU with an open heart and an open mind. I told myself, 'You know what? I'm going to make this semester mine,'" Macklin said.

Once here, Macklin decided to take a totally different road than she had at her previous school. She branched herself out around campus, joining various clubs and getting involved in every way she could.

She met MiKaela Dismukes, a junior public health major from Chicago, last semester when she joined the Delta Sigma Theta, Inc. sorority on campus. According to Dismukes, they became fast friends.

"She's a really sweet girl… she's a very outgoing and bubbly person to be around," said Dismukes.

Macklin became a very positive person in Dismukes' life, someone whom Dismukes would look to for positivity and motivation. As Macklin and her sisters became closer, her ties to campus became stronger. Strong enough, that in fall of this year, Macklin decided to try for homecoming queen, a title which would come with many hurdles for Macklin to overcome.

Macklin's sorority sisters encouraged her to go for it, and Macklin put in her name for consideration. Macklin received an email inviting her to join the interview process, and the process went so well that the interviewers began to ask Macklin questions that weren't even on the prepared question sheet.

Dismukes took over campaigning, as the candidate cannot campaign for themselves. Dismukes reached out to groups and clubs on campus, as well as even standing up in one of her classes to encourage students to vote Macklin for queen.

"Me taking on my fear and challenging myself…. This is one of the hugest accomplishments in my life," said Macklin.

When Macklin received word that she was confirmed to homecoming court, Macklin said she screamed out loud and immediately began to call and text her sisters and family. As she cleared each hurdle, Macklin felt her confidence build, and saw each achievement as assurance that she had made the right choice.

As she crossed the field on Homecoming day, a wide range of thoughts and emotions were whirring through Macklin's head. She began to feel nervous and told herself to relax and be thankful for the present moment. Dismukes said that you could see that nervousness grow in Macklin's face as announcements began and she had not heard her name.

By the time the announcer said, "Your 2019 Homecoming Queen, Representing Delta-" Macklin had already dropped down in excitement. Her sorority sisters cheered on from the side of the field as Macklin waved and smiled for the cameras.

"This moment was nothing short of amazing," said Macklin.

Macklin is the second African-American Homecoming Queen in EKU's history, and the first to be a member of Greek life. Dismukes says that although the focus should be on Macklin as a person, the importance of her win goes beyond what she could ever have imagined.

"Being an African-American woman and winning that… it really, I'm not trying to put a focus on just that, but it really means a lot. It's a great impact," said Dismukes. "I've never known there to be that many minority candidates… it really did break down barriers."

However, Macklin reminisces about her past, and takes this win to be a lesson in overcoming personal lows and the power of self-confidence and bravery.

"If you knew what I went through in my past, you would know (I) have come a long way. I think the biggest blessing is that I turned 2019 in to my year, because 2018 was not my year," said Macklin.

As for other students who are interested in running for homecoming court, applying for a daunting job or anything else which they might feel hesitant to do because of fear, Macklin says to go for it and to listen to your intuition.

"Make all the hard, challenging things work in your favor," said Macklin. "When that voice in your head is telling you to go for it, listen to that voice."