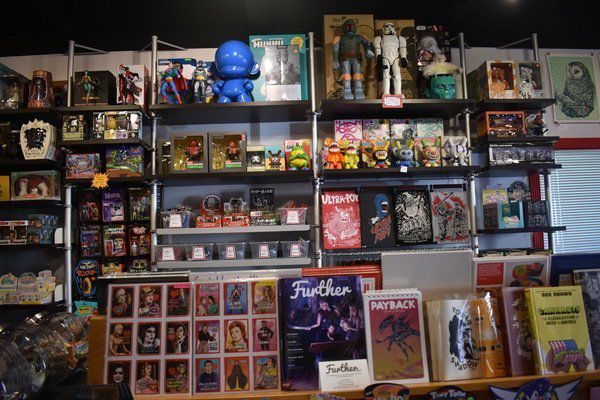 One of the many walls filled with different toys and collectibles that can be found in Ultra Pop! on Barret Avenue in Louisville. 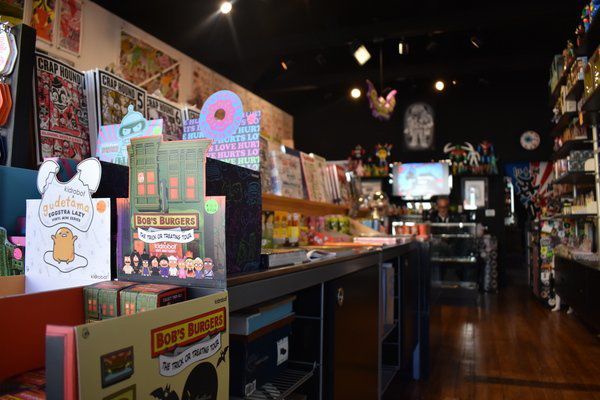 More items that can be found at Ultra Pop! in Louisville. 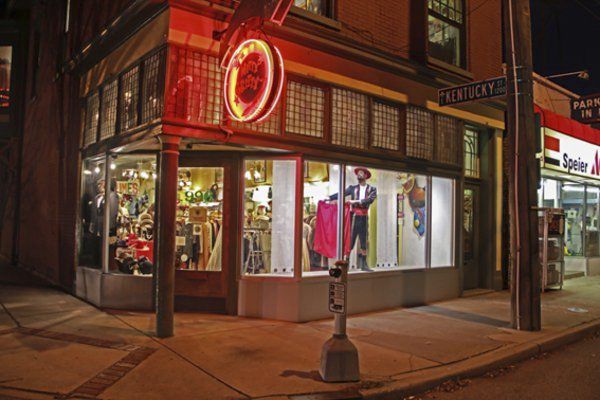 The outside storefront of The Nitty Gritty, a vintage clothing and costume shop in Louisville. 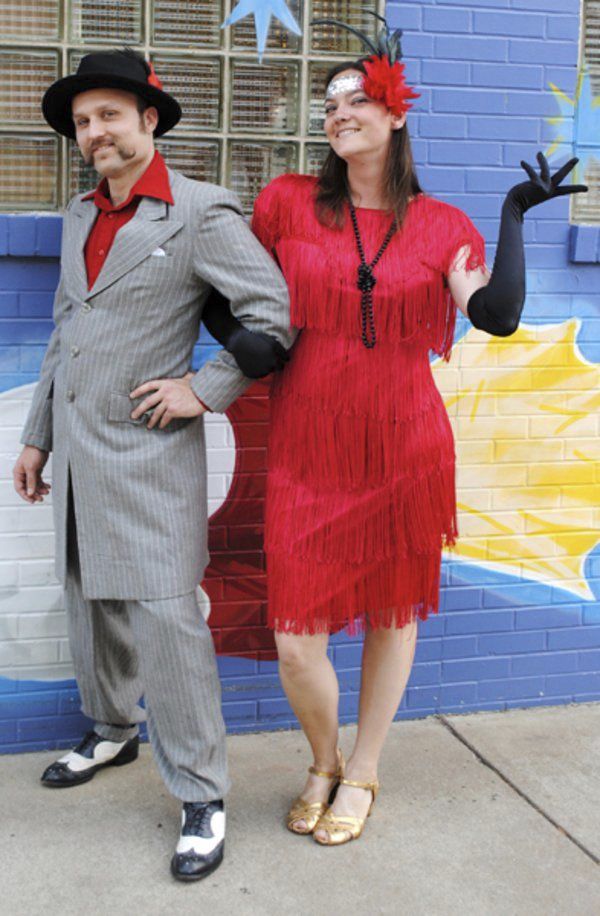 An example of the 20s themed costumes that customers can rent from The Nitty Gritty.

One of the many walls filled with different toys and collectibles that can be found in Ultra Pop! on Barret Avenue in Louisville.

More items that can be found at Ultra Pop! in Louisville.

The outside storefront of The Nitty Gritty, a vintage clothing and costume shop in Louisville.

An example of the 20s themed costumes that customers can rent from The Nitty Gritty.

Those with an eye for vintage fun can find just what they are looking for all along Barret Avenue in Louisville, Kentucky. With stores that range from antique toys to vintage clothes and costumes, visitors are sure to find something for themselves.

One of the many stores along Barret Avenue is Ultra Pop! A store self-described as the best source in Louisville for designer vinyl toys, art and design books, screen prints, art from local artists and more.

Paul LePree, the owner and sole employee of Ultra Pop!, said he has been collecting toys on and off since he was a kid. Having worked in a comic book and record stores while growing up, he collected a lot of things he never got rid of, leaving him with a plethora of toys, comic books and vinyls.

Before LePree opened his store in Louisville he worked as district manager for Hot Topic for 10 years. He said store numbers for which he was responsible would range from over 80 to 700 stores, traveling from Paducah to Lexington and many other places. LePree said a lot of time the driving got tiring, prompting him to do his own thing.

July of 2019 marked LePree’s 12 year anniversary of owning Ultra Pop! Saying he didn’t get into the business for the money, the toy shop owner wanted to sell items that he felt passionate about.

Alongside the comics and vintage toys (for example LePree has a full set of toys from the movie The Year Without A Santa Claus), Ultra Pop! also features merchandise from Japan, which he has visited twice to purchase merchandise for his store. Some of the items come from small makers that only put out 50 to 100 items at a time. Lepree explained people who want a shot at these items have to put their name in a hat and hope that they win.

“I learned early on I couldn’t get everything I wanted,” he said.

He explained though, the fact that big box vendors have started to sell more items of interest for him makes it a bit easier. LePree said he is constantly searching for toys for the store, and also for himself.

Another stop that someone can make along Barret Avenue is at The Nitty Gritty, a vintage clothing and retro costume shop. Owner Terri Burt said vintage clothes has always been something she was passionate about.

Burt explained when she was 14 she started to go through her parents clothes from when they had attended college in the 60s and began to work them into her wardrobe. That was where her love for vintage things began. During the mid to late 80s, Burt began to go thrift store shopping and she now casually mixes and matches vintage fashion with newer trends.

In 2000, Burt finally decided she wanted to be her own boss following her passion for vintage clothing opening The Nitty Gritty. She remembered that while she was in high school, Louisville had many vintage stores but the numbers had slowly trickled down. There was only one vintage store left when Burt opened her store.

The Nitty Gritty gets most of their inventory from estate sales, Burt said. She explained when old houses with a lot of left over clothes are going up for estate sales, she gets a call asking if she would like to buy the clothes. Burt then goes to the estates and picks out vintage clothing she wants in her store. She noted sometimes, people will bring in a few pieces and she can purchase clothing from the owner that way.

Actual vintage clothing isn’t all that The Nitty Gritty provides though. Burt said the store provides a service that nowhere else in Louisville does: costume renting. She said no matter the decade, The Nitty Gritty tries to have a variety of options for anyone who may need a costume.

Often times, places in Louisville will hold themed parties and The Nitty Gritty is the place to go for costumes. Burt stated right now the 20s era is very popular and when someone comes in looking for a 20s costume, she can dress the guys up in full with a hat, suit and shoes and the women in complete flapper attire. Burt said the costume aspect of the store wasn’t the original plan but it has given The Nitty Gritty something different the city didn’t have before.

So, whether travelers are wanting to pick up a fun toy on the road or perhaps dress themselves up for a themed party in Louisville, Barret Avenue has the perfect shops for anyone -- Ultra Pop! and The Nitty Gritty.